How a collaboration between a high-end skate store and a national skate label somehow became all about the importance of keeping alive Adelaide’s garment industry.

Allan Mawer – the owner of Twenty Fifty-Two skate store – knows what he likes.

He also knows what he doesn’t like – and the things on that list could be considered surprising for a retail operator. For example, Al doesn’t like consumption for consumption’s sake.

Instead, he likes each item he sells to have value – whether that be in its practicality or as a signifier of some larger cultural story. Because of this, Al has long stocked Pass-Port – an Australian skateboard company.

“Australia, it’s always outsourced a lot of its culture internationally,” says Al. “But, credit to Trent [Evans – founder of Pass-Port] and the boys, they’ve just gone from strength to strength in the way they present Australiana.”

After working together since 2010, Al and Trent this year decided to collaborate and release a clothing range.

“Al’s just always had a very similar ethos, ideas, and direction as Pass-port, so it was good to work with someone who I knew would be on the same page,” says Trent.

The Twenty Fifty-Two x Pass-Port range was to be released a little before Winter, and sold through Al’s shop front in Adelaide and online via Pass-Port across the country and overseas.

P~P & TFT, together at last. Made in Adelaide. Friday night launch in store, more to come! @pass_port 💐💐🤝🤝

Trent and Al wanted to ensure their range would go beyond what Al describes as “all those humdrum collabs that come out every two weeks”.

“We wanted to do something with substance, so when we started looking at making our own range and realised that we could make stuff in Adelaide, that was something we could both immediately see would work and would be meaningful,” says Al. 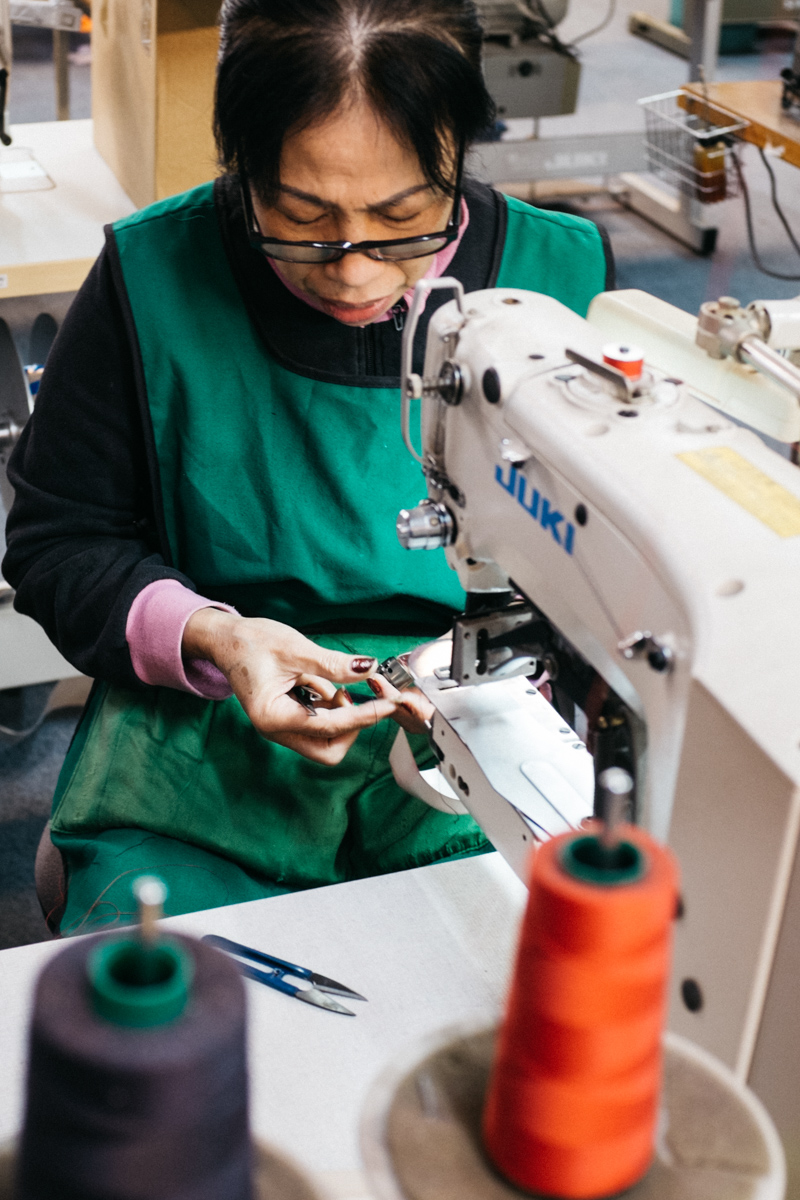 Inside the local factory where the pieces were made

Only a few skate brands are considering issues of sustainability or local economy in their production, and Twenty Fifty-Two and Pass-Port felt their new collection could help start a necessary conversation.

And once Al began working with a factory in Adelaide, the importance of an immediate connection with suppliers also became clear. For the range, Al and Trent had decided on a work wear influence, and they found their manufacturer could significantly bolster their credentials in this area. 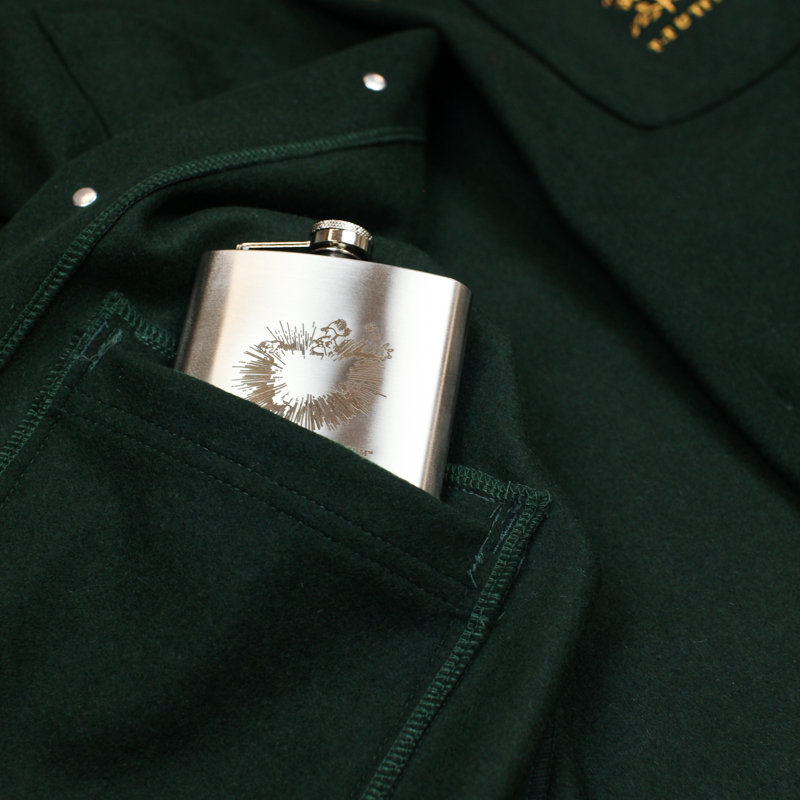 How to keep your insides warm

“I’d take our samples to the guys at the factory and they showed me – oh, we don’t do stitching like this — we do a workwear stitch which is actually more durable and heavy wearing, so they really improved the pieces as well,” says Al.

In this way, the pattern of the shirt and jacket that form a portion of the range evolved via a three-way conversation between Al, Trent, and the factory.

Similarly, the graphics that adorn them and the accompanying skateboard and hip flask in the collection were the result of a back and forth that took place over several months. Trent and Al didn’t want to lean too heavily on the ‘Made in Adelaide’ tagline, but found a good chance for subtle acknowledgement in the embroidered Sturt Desert Pea emblem drawn by Trent.

“We’ve used a lot of the floral emblems in the past Pass-port graphics and I guess… with the Sturt Desert Pea being native to SA, we thought it was a really distinctive way to show we’re all about Adelaide with this project,” says Trent.

The main graphic across the range – an exploding man tagged with the line “to keep your insides warm” – was illustrated by Al, who has worked commercially as a designer and illustrator previously.

“Trent came up with the line,” says Al. “It’s about having that hip flask in your pocket, you know, it’s got that kind of cheeky feel and that Australiana kind of poetry ring to it.

“I’ve got a bit of the old Australian literature at home and I found The Magic Pudding book and there’s a whole bunch of amazing illustrations throughout that. That style was really cool, so that was where the graphic started.”

Creating all the graphics, patterns, and designs from nothing and then shepherding them through the disjointed manufacturing process – with different suppliers respectively executing the production, embroidery, and screenprinting – was not an easy task. But, Al and Trent can easily see it was worthwhile.

“Seeing our people, how much they were willing to invest in it – it was a lot more than just consuming at that point, it was like it was art,” says Al.

“Seeing it out there in the wild, we’re pretty happy with where it’s at.” 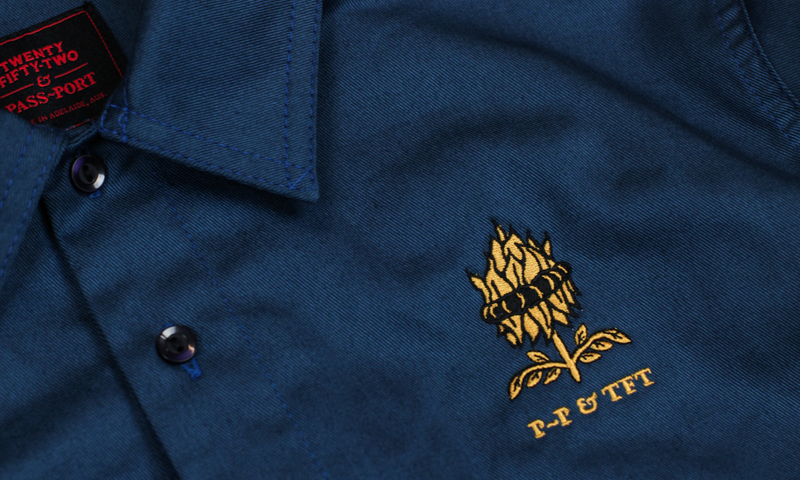 Surely the plushest work wear coming out of ADL 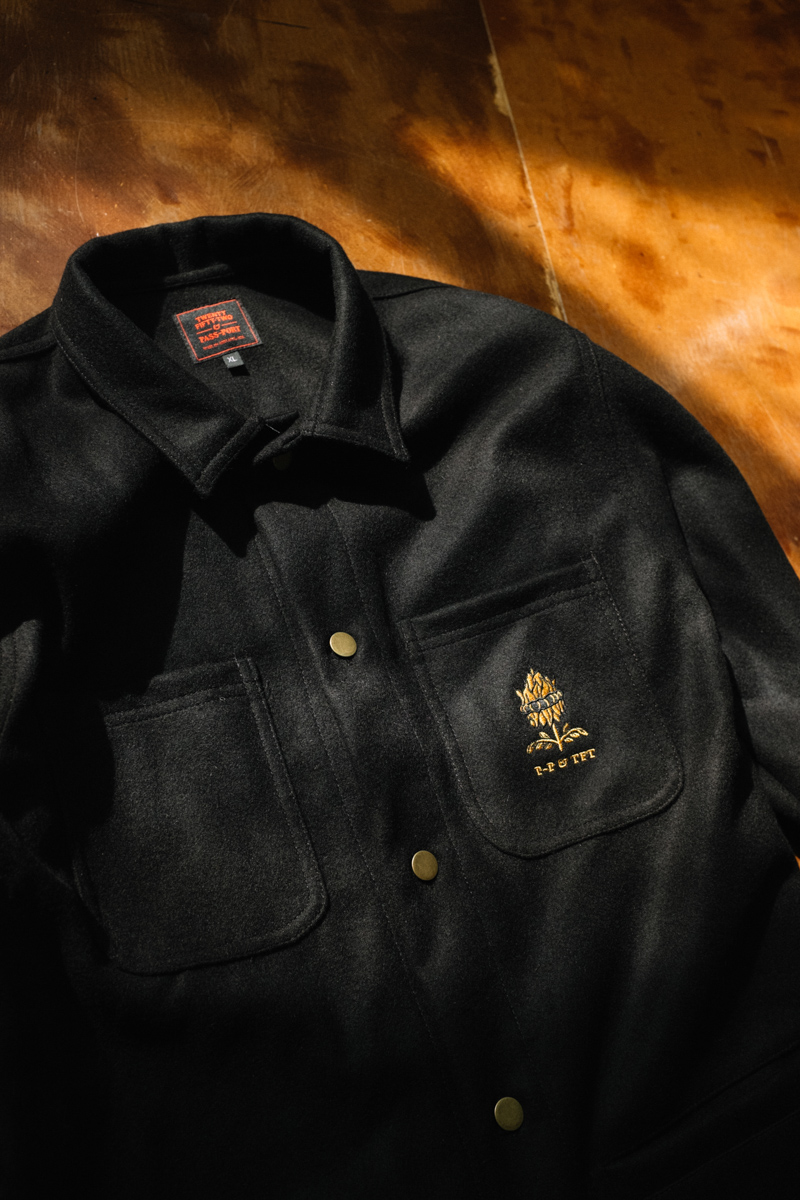