In his own world

Perched high in an old apartment above Rundle Street, CityMag talks with Windmill Theatre’s production designer, Jonathon Oxlade, about spaces, places and how he creates them. 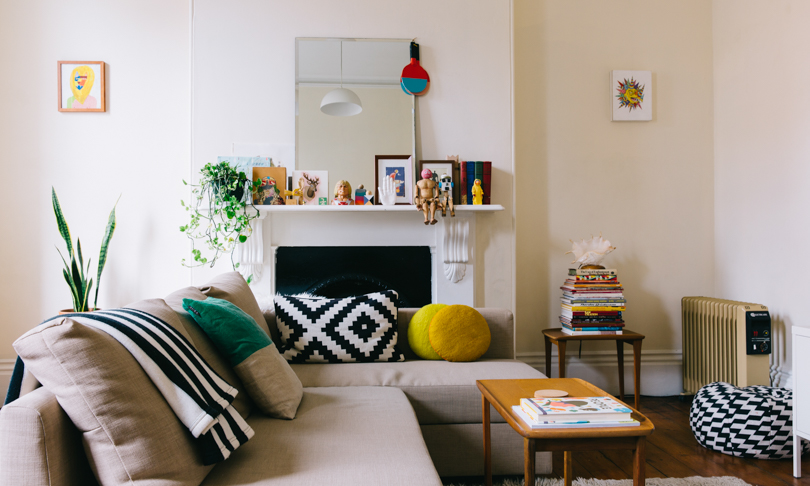 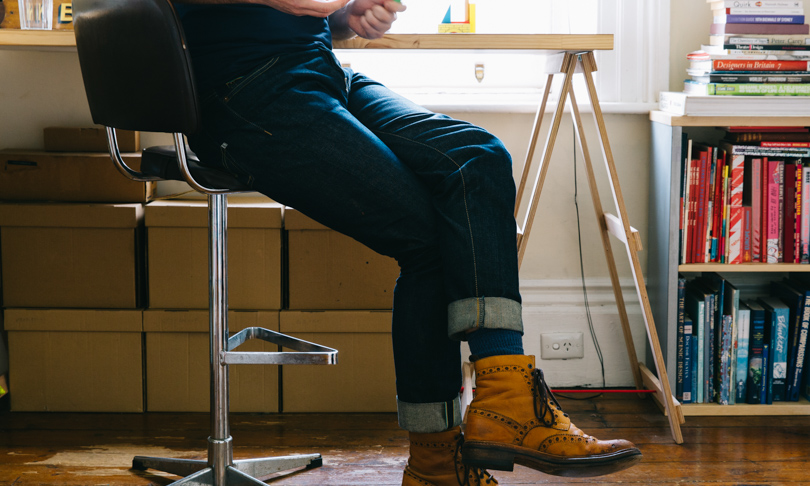 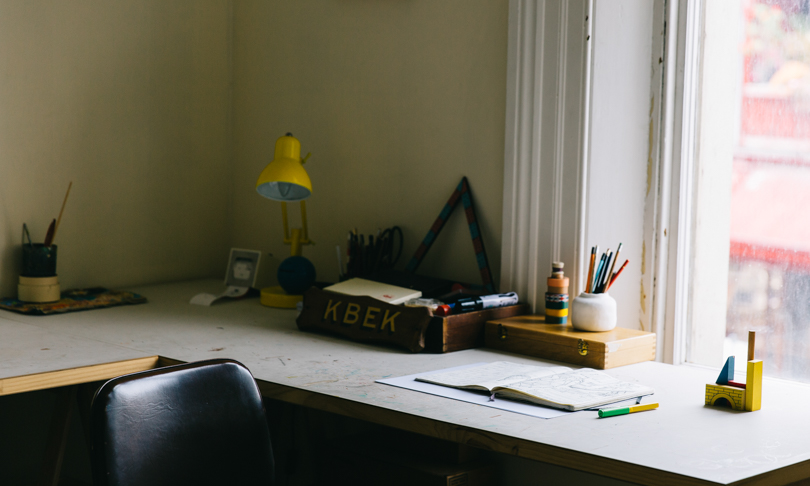 There’s a romantic picture that comes to mind when thinking of an artist working from home.

A comfortable nook by a window on an upper floor giving a view of the world below, allowing the mind to wander between brushstrokes, sketches or paragraphs.

Jonathon Oxlade at his home desk

This is exactly the picture CityMag is welcomed into as theatre designer Jonathon Oxlade guides us through his home.

“I love it here, I really do. I think that was one of the benefits of moving somewhere new, was finding somewhere that you really love. It doesn’t feel compromised,” Jonathon says.

All the tools required for Jonathon to dream up new worlds

After working with Adelaide’s Windmill Theatre Company for several years, Jonathon decided to move over from Melbourne to be closer to base.

“There’s just an ease of access that you get from being able to run down the road and visit them. As a designer, you’re working in a visual form, so … you kind of need to spruik the ideas, so that’s a lot better.”

“[And] compared to just living in Melbourne, as a human and as an artist, I actually find the lifestyle here is excellent.”

The view from the lounge window

As well as stage design, Jonathon also contributed to Windmill’s recent re-branding, and designed the office space at their relocated headquarters on Sturt Street.

A clean, light and bright aesthetic permeates both Jonathon’s home and the Windmill office; large artworks and objects hang from the walls, trestle tables are well utilised, and shelving units made entirely of cardboard feature in both spaces.

“The more [a space] mirrors the humans that are in there the better, I would say. I don’t really work as an interior decorator or designer as such, but the Windmill aesthetic has grown with all of us.”

At home, a collection of smaller artworks by friends (including some of Jonathon’s own), sits on the mantle above his dormant fireplace, with a puppet made while studying woodcarving in the Czech Republic a prominent feature piece.

A pile of books and a delightful wooden puppet

Given his job in theatre is to design entire worlds for characters to inhabit, it’s surely not a great leap to create a space for himself.

“The difference would be that this is my story,” Jonathon says, “and a theatre production or a performance work is a collective story, or a writer’s story, that needs to be heralded and really promoted.”

The most recent transition in design for Jonathon is from stage to film for Windmill’s first feature, Girl Asleep, taken from a trilogy of stage shows exploring themes around coming of age.

“In theatre … you really need to think about how things move, and in film you can really create something, transform something quite quickly,” Jonathon explains.

“Because Girl Asleep is half a fantasy and half a reality, we had characters that were completely covered in ice and they could have the makeup and the frozen hair and stuff like that, but in the theatre version, because that [actor] plays four different things, it’s kind of an abbreviated version. So it’s good to be able to see some of the pictures translate.”

Even the home’s practical accoutrements are whimsical

With the film set for release in October at the Adelaide Film Festival and some as-yet-undisclosed Windmill projects existing only in their very early stages, Jonathon is able to enjoy some well-deserved quiet time.

As CityMag leaves the cosy apartment for the busy street below, we can only imagine what worlds Jonathon is creating at his desk by the window overlooking the world.