The shortest move in history

Satu Teppo and Matt Clemow have trialled city living in different modes and different countries, but have settled on the perfect apartment – just a stone’s throw from where they currently reside.

Satu Teppo sold her apartment in Helsinki last year so she could buy a place in her new hometown of Adelaide. The Finnish expat has lived in Adelaide for the past eight years with her now-husband, Matt Clemow. A little over three years ago Matt and Satu were joined by a son, Oskar.

Oskar speeds across Tangkaira Hurtle Square on his balance bike – a small orange bike with no pedals – while dad, Matt, watches on.

Mum arrives on her own bike, a Lekker, purchased from Sam Neeft at Treadly Bikeshop on Ebenezer Place. She looks every part the sophisticated Nordic woman, riding in boots with a heel – fashionable but comfortable – and dismounts to join her family in the square with only a light sheen of perspiration visible on her brow.

Satu’s response is in Finnish. Oskar comprehends perfectly but replies in English – for our benefit, obviously.

“You hated being in the ‘burbs didn’t you?” says Matt, recapping what he’d been telling us prior to Satu’s arrival.

Matt and Satu did a brief stint in Parkside while they cared for Matt’s parents who were both undergoing significant health treatments at the metro Adelaide hospital.

“I know it’s ridiculous,” says Satu. “I put something on  Facebook when we moved, something like, ‘Oh no –  we’re in the ’burbs’ and then everyone was like, ‘You can see the parklands from Parkside! Stop being ridiculous’.”

Satu laughs when recounting the situation, but explains how different Adelaide was – and still is – when compared to Helsinki or Copenhagen, where she was living and working before moving here in 2011.

“In Copenhagen we don’t have the tall buildings like here but everywhere in the city is four to seven stories – everywhere,” she says. “I am still amazed to see open-air car parks and light industrial in the centre of Adelaide.” 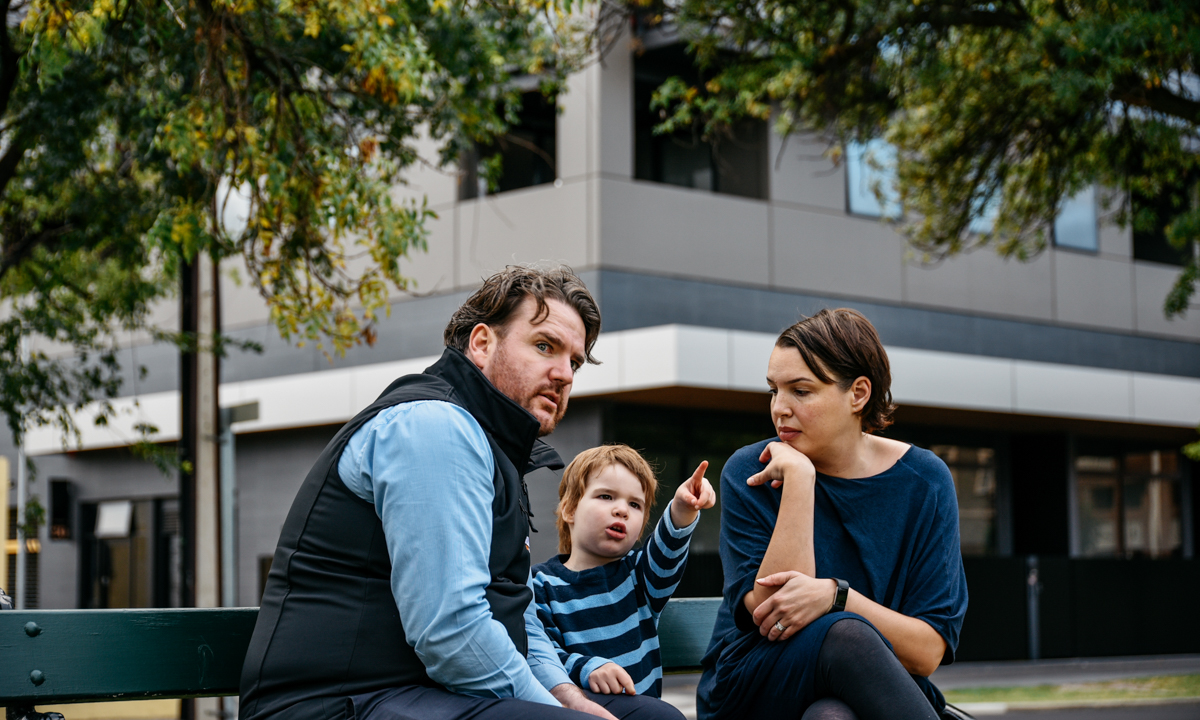 Having Oskar only galvanised the couple’s resolve to remain in the city. Matt has lived in various accommodations in the downtown area; a cottage on Claxton Street, an apartment in a three-storey development by Forme Projex on Storr Street, and the pair owned their own apartment in the high-rise Uno Apartments on Waymouth before they took up renting in Parkside.

Now they are just 12 months away from moving into a brand new three-bedroom, separate space apartment on the southeast corner of Tangkaira Hurtle Square. Matt, Satu and Oskar can see the construction site – diagonally opposite – across the park from their apartment in Hurtle & Co. Stage 01.

“There are more than 10 kids under six in our building,” says Matt, pointing at their current home atop the six storey building. “There are often a couple kids down here on their bikes.”

“It was really clear we wanted to be in the city and then we thought, ‘How can we get something we really want to live in long-term?’” says Satu.

“We were pondering that and then Craig [Holden, director of Forme Projex] showed us this,” a three-bedroom apartment the couple have just bought.

The family can envisage their future here on the square and they like what they see; walking to school with Oskar in the morning, riding to and from work without traffic concerns and even spontaneous Uber Eats picnics in the park.

Satu has seen Adelaide evolve exponentially since she arrived. She can see this city’s becoming more and more liveable and loveable by the day, and feels every bit at home on Tangkaira Hurtle Square as she ever did in Helsinki. 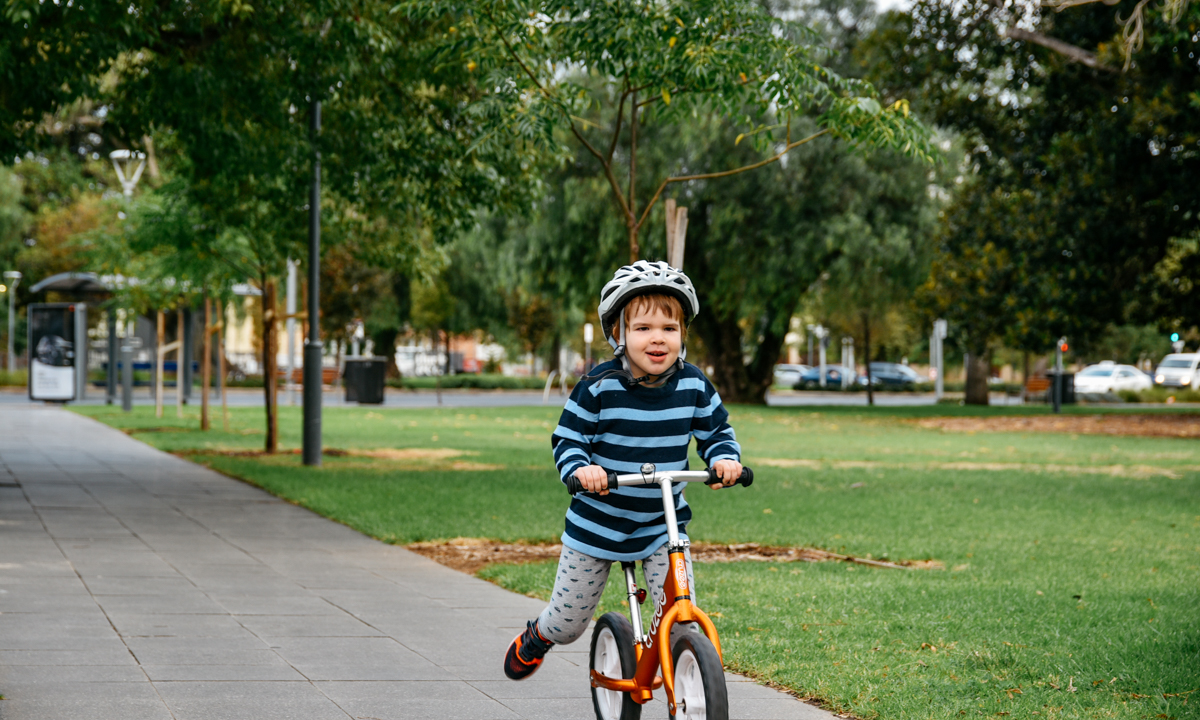