The Bowes have lived in the city for more than thirty years across several addresses. Reflecting on that time, from their new apartment on Hurtle Square, the couple reveal it was a brief stint in the suburbs that galvanised their desire to live a perennial city life.

The Muldoon era in New Zealand, named for its 31st Prime Minister, was a period of great economic stagnation. Muldoon’s perceived failings as a leader resulted in somewhat of a mass emigration of New Zealand nationals to Australia.

The Bowe family were among the ranks of Kiwis who came to Australia in search of greater opportunity and prosperity.

“We arrived in 1984 with a four-year-old and an eleven-month-old and a plastic bag with bed clothes and not much else,” says Patricia Bowe.

“The irony,” Patricia’s husband Chris tells us, “was that we landed in Adelaide and had a place for a week when we turned on the TV to see [Muldoon had] called a snap election.”

Chris says that if the election had been called just a few weeks earlier, they probably would never have come. 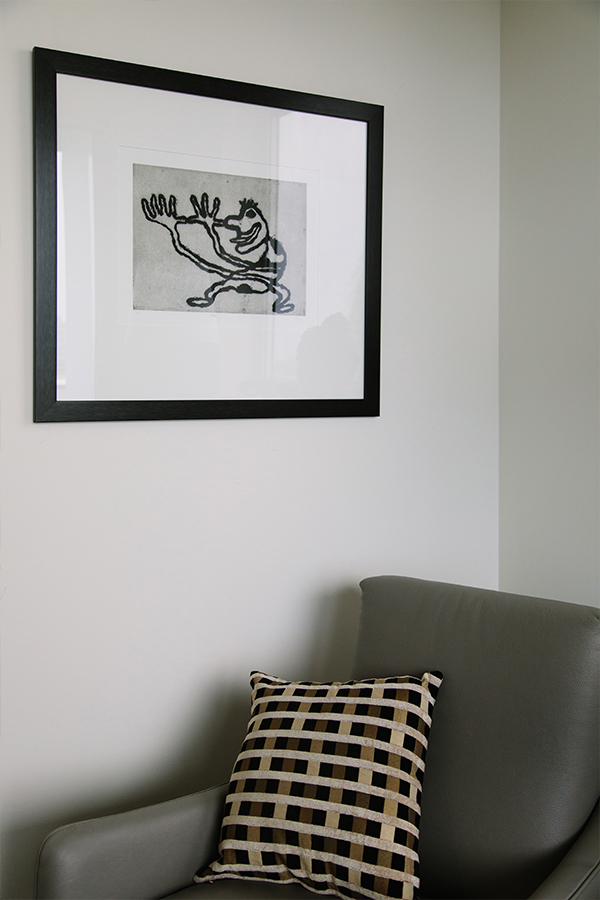 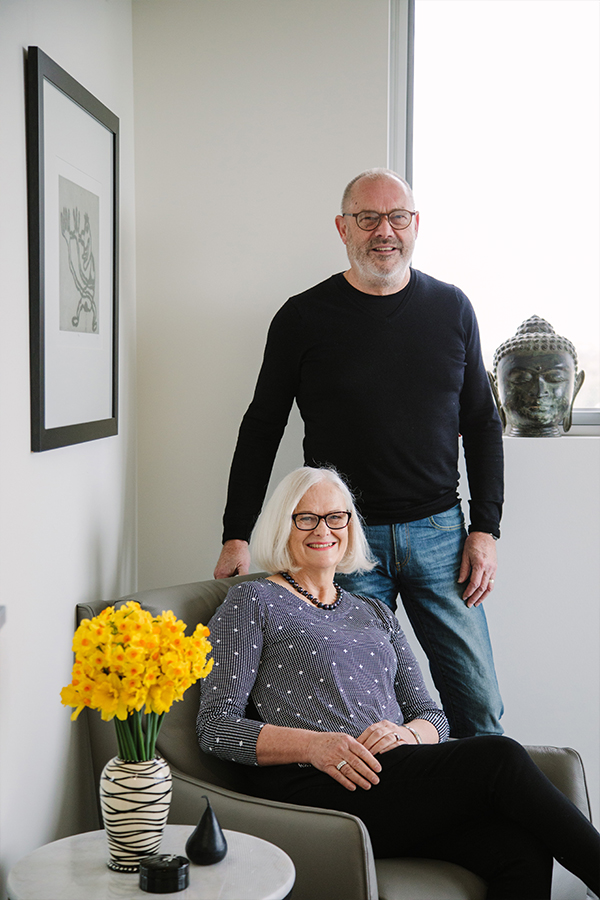 But the pair chose Adelaide for their young family to establish a new life. They chose Adelaide over Melbourne and Sydney, “and even Queensland,” says Patricia, because of Adelaide’s comparable scale to New Zealand and the fact they could afford to live closer to the city’s centre here.

When asked whether shifting such a great distance and starting over in a new city daunted them, Patricia shakes her head.

“It’s funny you know, when you’re young you do these things. You don’t really think about the downsides or the risk. You just come with optimism,” says Patricia.

And Adelaide was exciting for the pair and their children.

Chris was a journalist and working for The Advertiser in the pre-Murdoch era. He saw the company bought and sold by Murdoch. 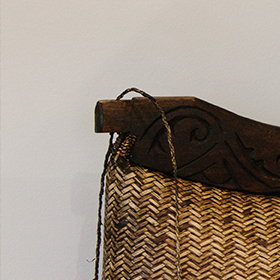 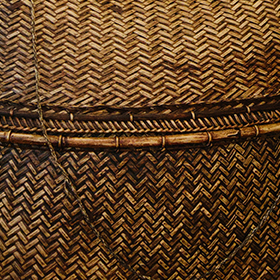 “The cultural change was dramatic,” says Chris of his experience witnessing history as Rupert Murdoch took over the newspaper.

“He just moved in and stripped it. The Advertiser company was really wealthy. It owned a lot of businesses. He just stripped it all out and sold it, which was good for him.”

Indeed the pair have lived through much of the city’s modern history with front row seats – through the State Bank collapse and numerous Lord Mayors and Premiers, but Chris says there’s been more change recently than ever before.

“I think the most change has been in the last five years and most people aren’t aware of how much it’s going to change in the next five years,” he says. “There’s probably 10 major buildings that are only sort of at the ground floor stage now but they’re going to change the skyline – everything.”

CityMag has long searched, over five years publishing our paper and digital editions, to discover a story of a family that raised kids and stayed in the CBD, and the Bowes are the real deal.

While both sons are now living outside of South Australia, their youngest owns a property just off Hutt Street and Chris and Patricia can see the writing on the wall for their son and his young family.

“I think it’s every bit their intention to return to Adelaide once their daughter is at school age,” says Chris.

But we have to ask, have the Bowes ever lived – since arriving in 1984 – outside of the city?

“We did briefly,” says Chris with furrowed brow. “We’re not allowed to talk about that,” he continues quickly.

“It was actually my fault,” Patricia interjects sweetly. The couple laugh while their eyes travel to a place in the room that seemingly holds the memory of the two years they spent living in Coromandel Valley.

Patricia thought that having young kids and having made some Adelaide friends who lived in the Hills, that she should have a home and backyard and the trappings of the nuclear family marketed persistently since the 1950s.

But Chris hated it, and the family came back to the city, living off Hutt Street and Angas Street, then Charlotte Street and Catherine Helen Spence Street, before buying the apartment we’re in now on Hurtle Square. 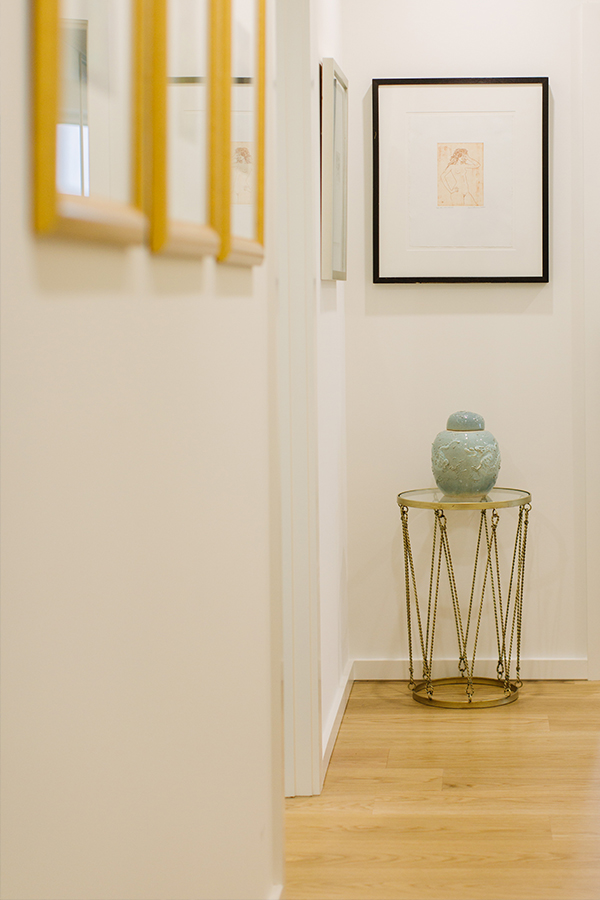 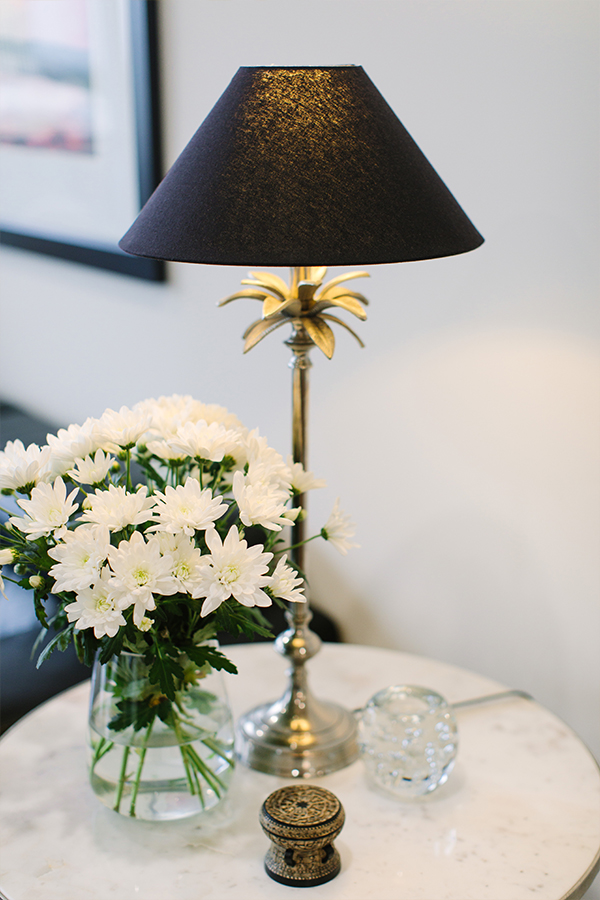 A fresh spring posey and a lamp from One Rundle Trading Co.

Just the thought of his family’s Sliding Doors moment makes Chris cringe – it “frightens” him he says. Chris’ exaggeration makes Patricia chuckle but he persists.

Living five storeys up, in a turn-key apartment overlooking the park and the intersection of Halifax and Pulteney Streets, the couple are completely at ease in their urban life. And while both of their boys have grown up and left the nest, one of the three bedrooms in their apartment is reserved for their eldest when he visits.

Every day at 3pm Chris walks down Halifax Street to The Greek for a coffee. Indeed the pair walk most everywhere they need to go in the city.

Chris knows the names of the restaurant’s staff but he also joins several other regulars there too for a coffee and – we imagine – a bit of a gossip.

We suggest the real reason everyone loves coffee is because it’s that simple moment in the day where we are validated by a relative stranger, a fellow citizen who’s taken the time to learn our name and what we drink and, over time, develop – a superficial but incredibly powerful – intimacy with.

“And for them too,” counters Chris regarding our romantic characterisation of the daily coffee exchange between barista and customer. “They like to have regulars. It makes their existence more meaningful too. It works both ways.”

It’s true. City life is about give and take and the balance left over from that exchange being worth so much more. 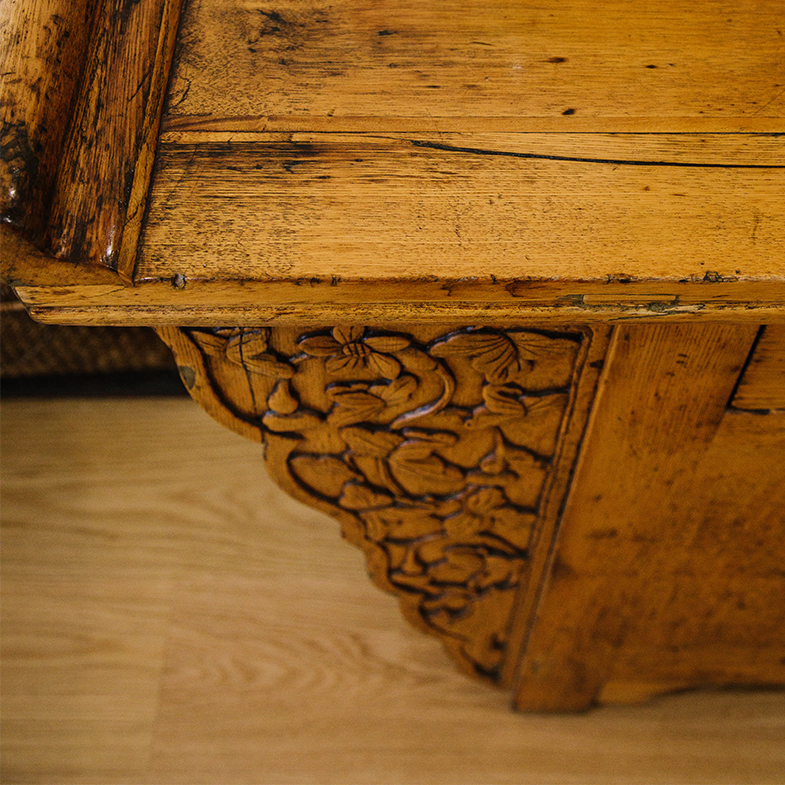 Antiques mix well with the modern in this home