For City of Adelaide Councillor Megan Hender, home is a calm and cosy enclave in the SouthWest corner that helps reveal the true strength of the CBD community.

Adelaide’s SouthWest corner has been Megan Hender’s home for the last 31 years.

When she made her move to Adelaide from the southeastern town of Keith she was determined to live in the CBD, and still much of both her country upbringing and her metropolitan life can be detected in her home.

When she opens her front door, the vibrations of the city spill into the open living space and adjoining reading room, but are quickly soaked up by the sturdy wooden furniture and high ceilings. 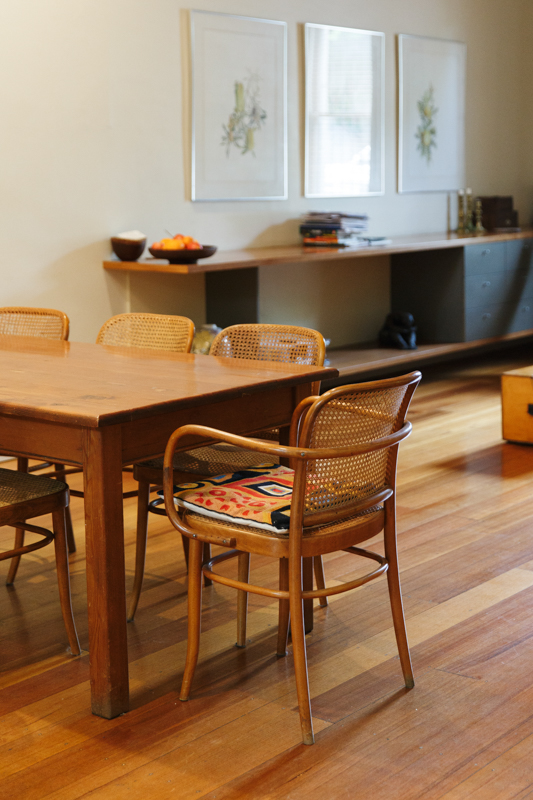 The home offers respite from the busy CBD

But when the door is closed, the two-storey, double-fronted stone façade provides silence, while the lush backyard looking out to the former stables erases any thought of the grit and grime outside the bounds of the house.

Through the backyard, Megan and her husband commute daily to the office – a property they purchased and connected to their home by way of the removal of a back fence, creating for their family a leafy suburban oasis, complete with swimming pool, in the deepest pocket of the CBD.

“It is actually a really rich community here. People know each other. People care about each other.” 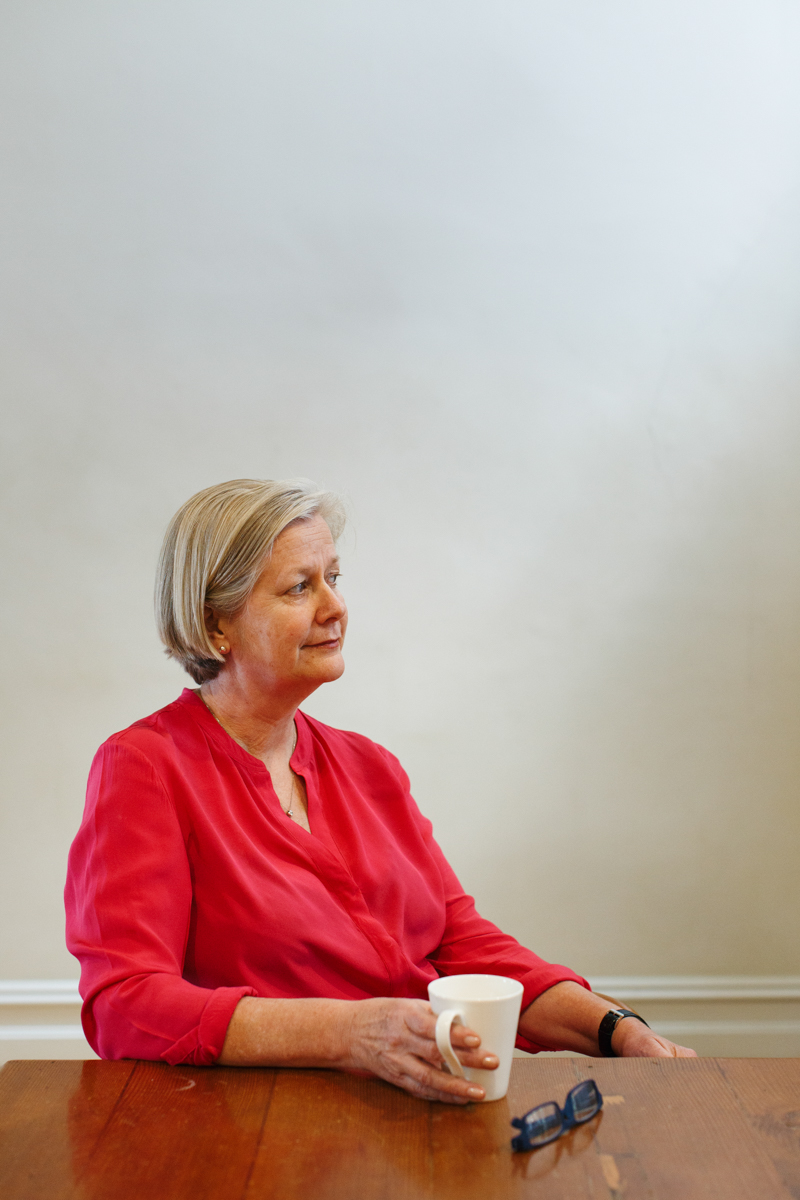 “As a country girl, I think that’s been quite important to me – living well in the city and actually being able to retreat from it at times,” Megan says.

Adelaide was a quieter place 31 years ago; the residential population is roughly twice now what it was then. 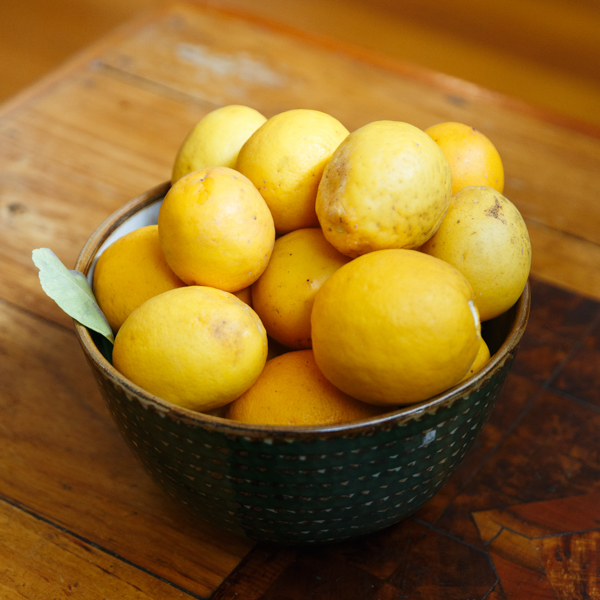 Never short a garnish for a drink at Megan’s 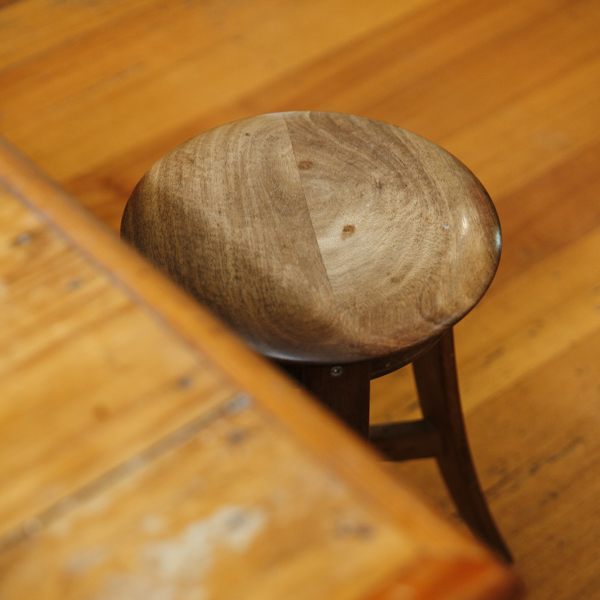 A timber material palette is strong in the home

In that time, Megan has built a career in law, and now operates a consulting business; she’s served as Central Ward Councillor since 2010; and she and her husband raised two boys, all the while only ever moving out of the CBD once to spend a school term living at the family’s McLaren Vale property.

It was important for her sons to experience rural life, she explains.

Upon return, Megan realised what she had left behind.

“I don’t think I really recognised how much of a community I lived in,” she says.

“I thought that community happened out there, and I realised when I came back to the city, that actually I was living in a community. People noticed we weren’t around, and they were pleased to see us back.

“It is actually a really rich community here. People know each other. People care about each other. It’s lovely.”

As a Councillor, Megan has played an active role in the way the CBD has developed, a role that was heavily informed by her relationship with the city.

She was elected on a platform that promoted better management of the Central Market, which is her local grocer; and a more activated Parklands, a space she says plays an important role in every city resident’s life.

“It was where we spent a lot of our weekends,” she says.

By the end of next year, Megan will have served eight years on Council, and she won’t stand for re-election. It’s time, she says, for someone else to step up.

Though she describes the experience as a privilege and a great pleasure, she’s excited by the prospect of having more time to enjoy the fruits of the city at her doorstep.

“I’m looking forward to putting down the responsibility aspect of it and just having the enjoyment aspect of it, to be honest,” Megan says.

“I think I’ll just relish it, without having to feel like it’s my job to make it nice for other people.” 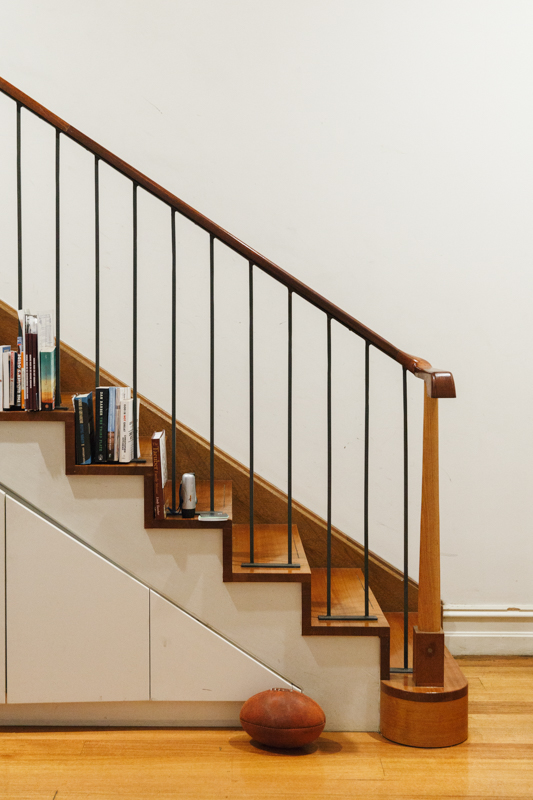 A footy is an essential of life near the Parklands