Disc golf is on the rise in Adelaide

When SA Disc Golf installed a permanent course in the eastern park lands in May 2020, the organisation didn’t anticipate how popular the sport would become. 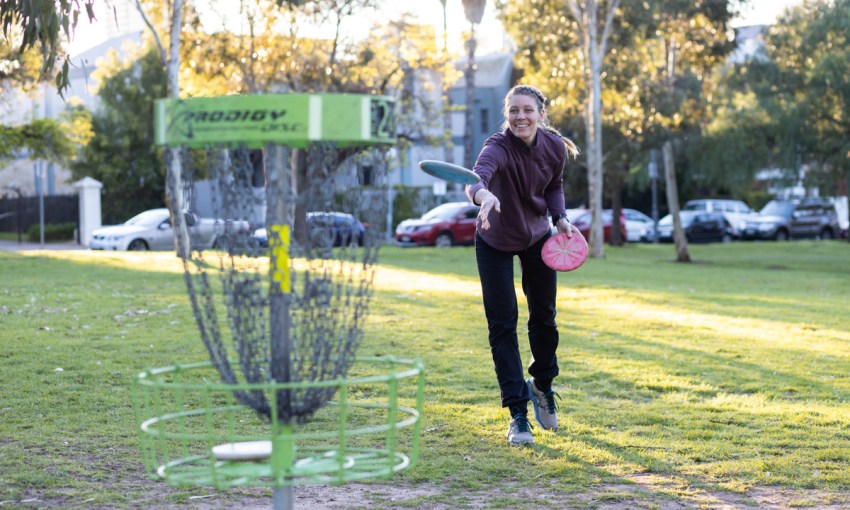 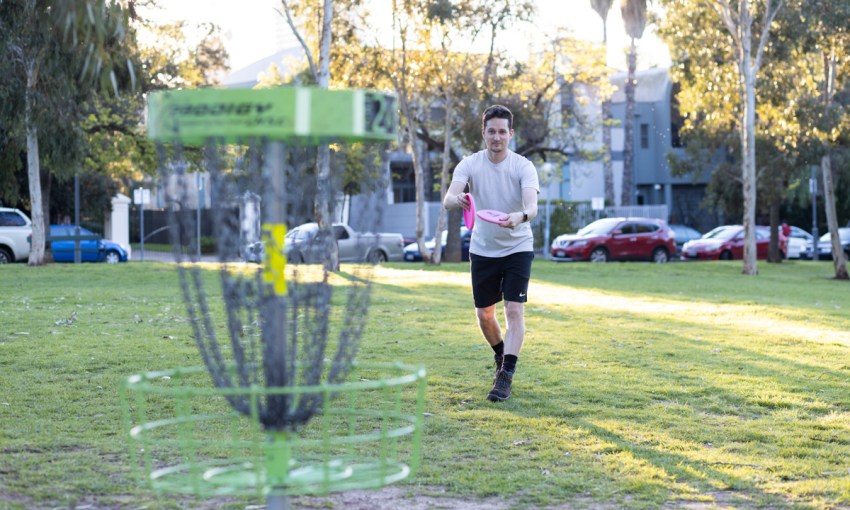 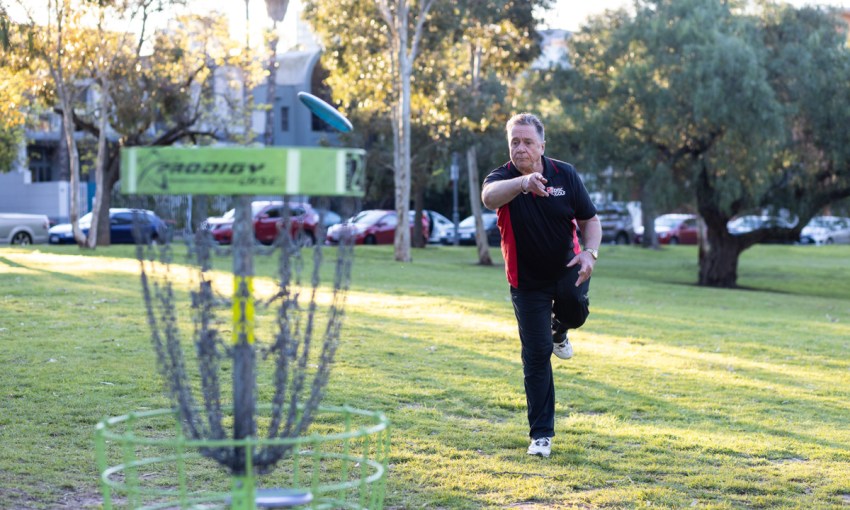 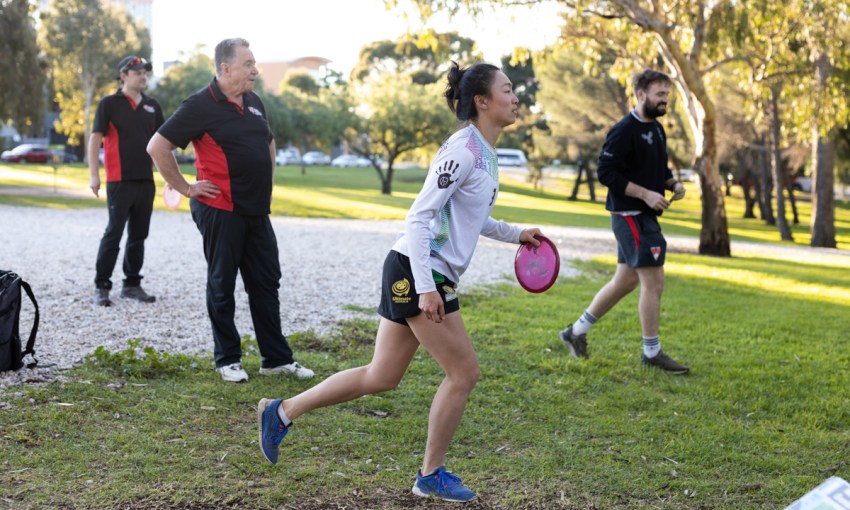 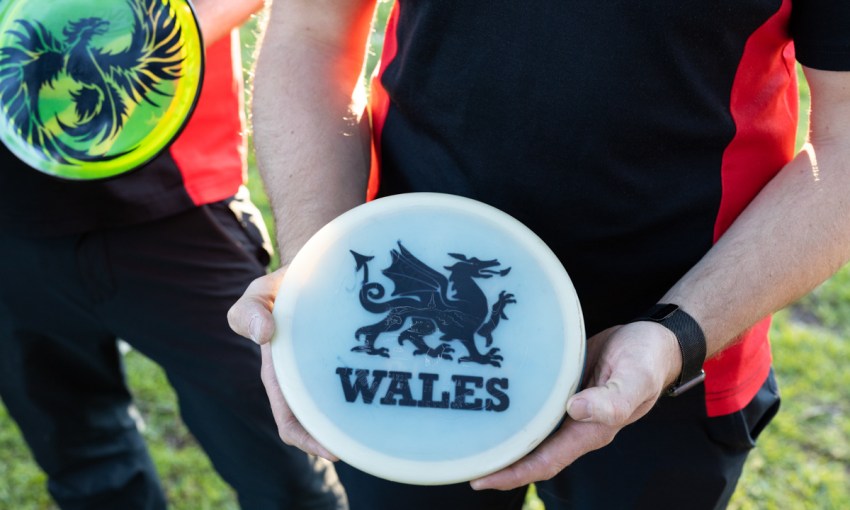 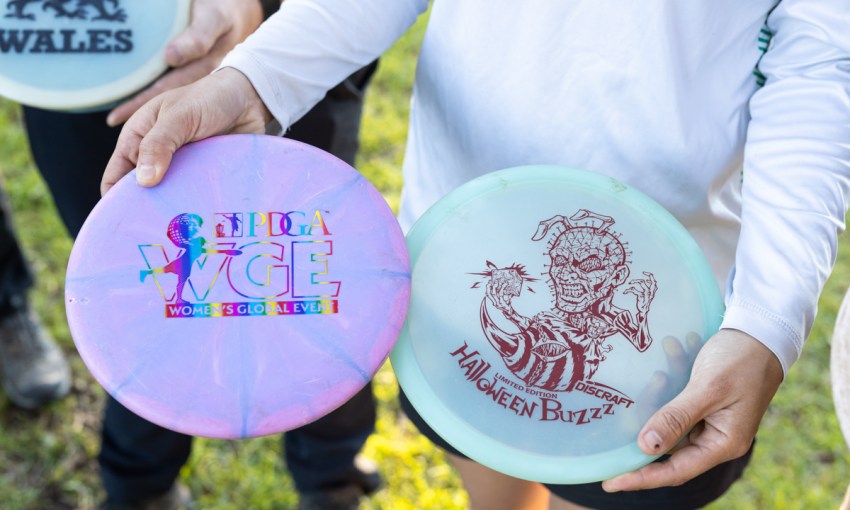 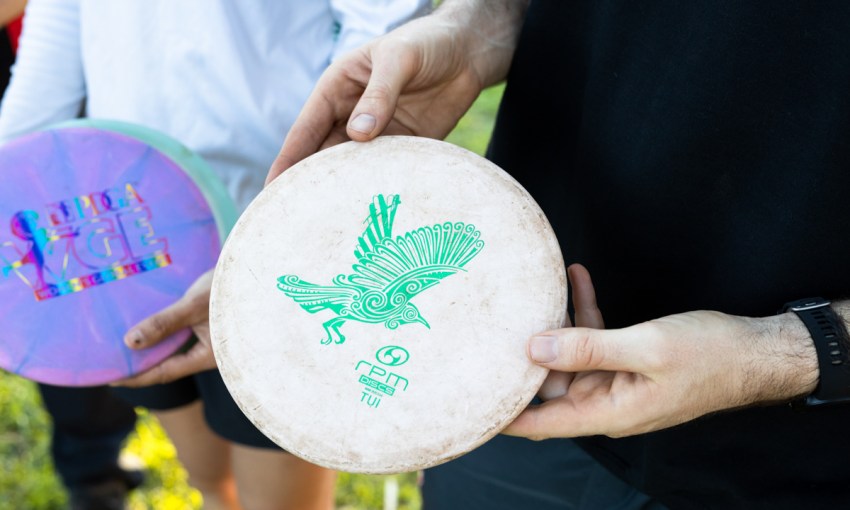 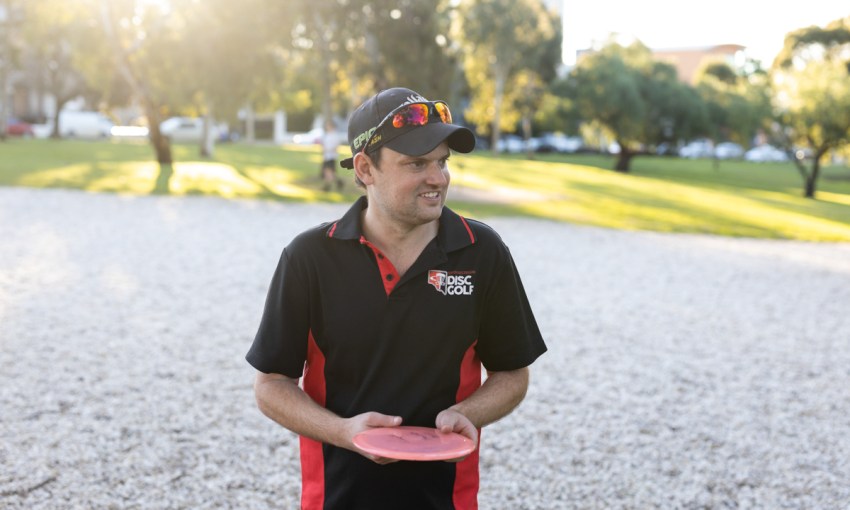 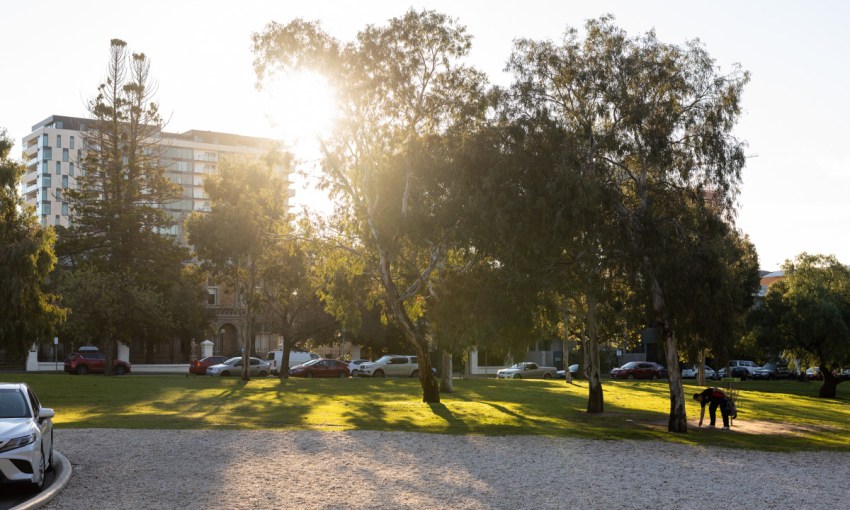 Learn more about SA Disc Golf at the website.

This story is from CityMag‘s Parklands Edition, which hit streets in spring 2021.

At least a few times a week, he’ll take a backpack of discs out to the east park lands, where there is a nine-hole, par-28 disc golf course, and throw for as long as the daylight will allow him.

“If I could get out more, I would get out more,” he says. “[The course] being so close to Exchange means that if I can knock off early and there’s still enough daylight left, we can head out. But I try to get out most weekends as well.”

The sport was founded in 1976 by ‘Steady’ Ed Headrick, a toy inventor and the man responsible for modernising the frisbee. 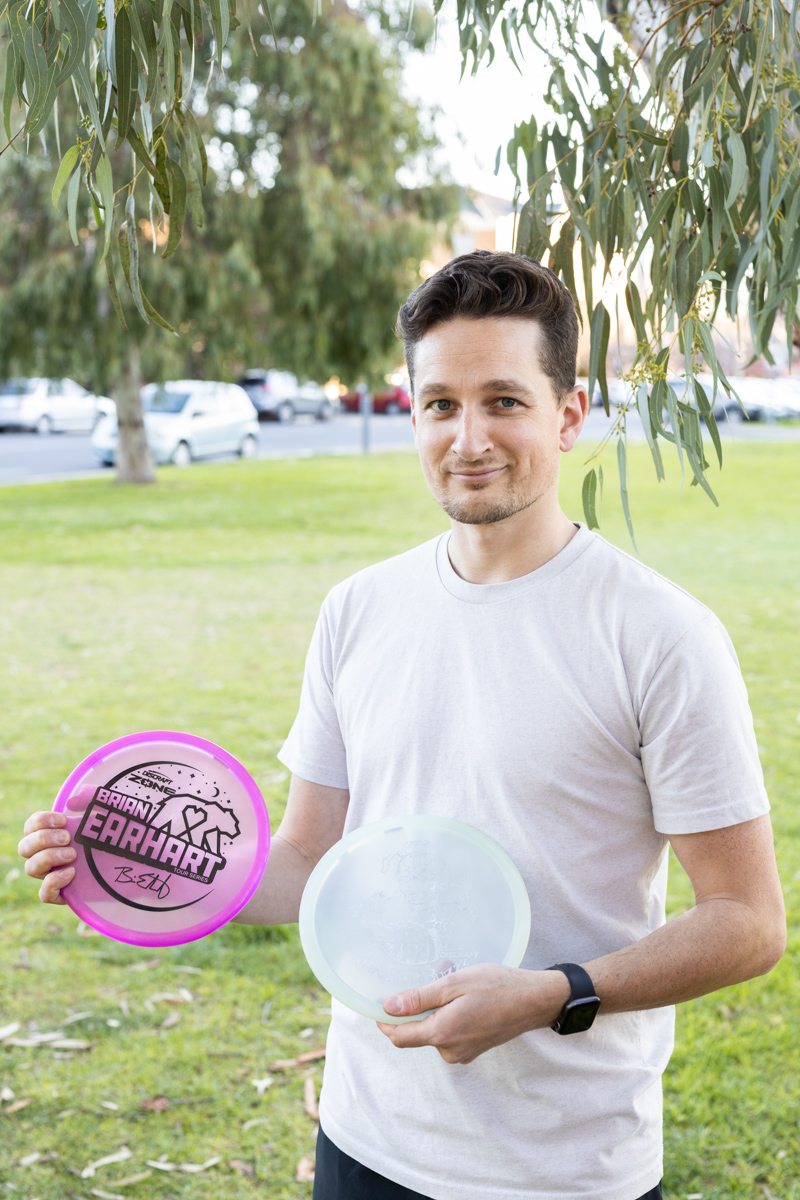 This modernisation involved engineering better discs that would allow the objects to eventually be used in sports. One year later, Ed patented a design for ‘pole holes’, which current-day disc golfers call baskets.

Like in traditional golf, disc golf players begin from a tee, using one of a few types of discs (drivers, mid-rangers and putters), each designed to achieve different flight paths. The aim is to land a disc in the basket in as few throws as possible.

The eastern park lands disc golf course has nine baskets strewn throughout Ityamai-Itpina King Rodney Park, between Wakefield and Bartels roads. The course was installed in May 2020.

“This was in the pipeline before I started disc golf, so a brilliant effort by the previous president and treasurer,” says SA Disc Golf President Gareth Morgan.

“The opportunity to put it in here… [has] obviously helped with the sport, because now people can walk past, it’s convenient. We have so many people who ride their bikes to it, because they live local, or they catch a bus in, or a tram. It’s pretty amazing.”

Since the course’s installation, the sport has seen a significant surge in local players. 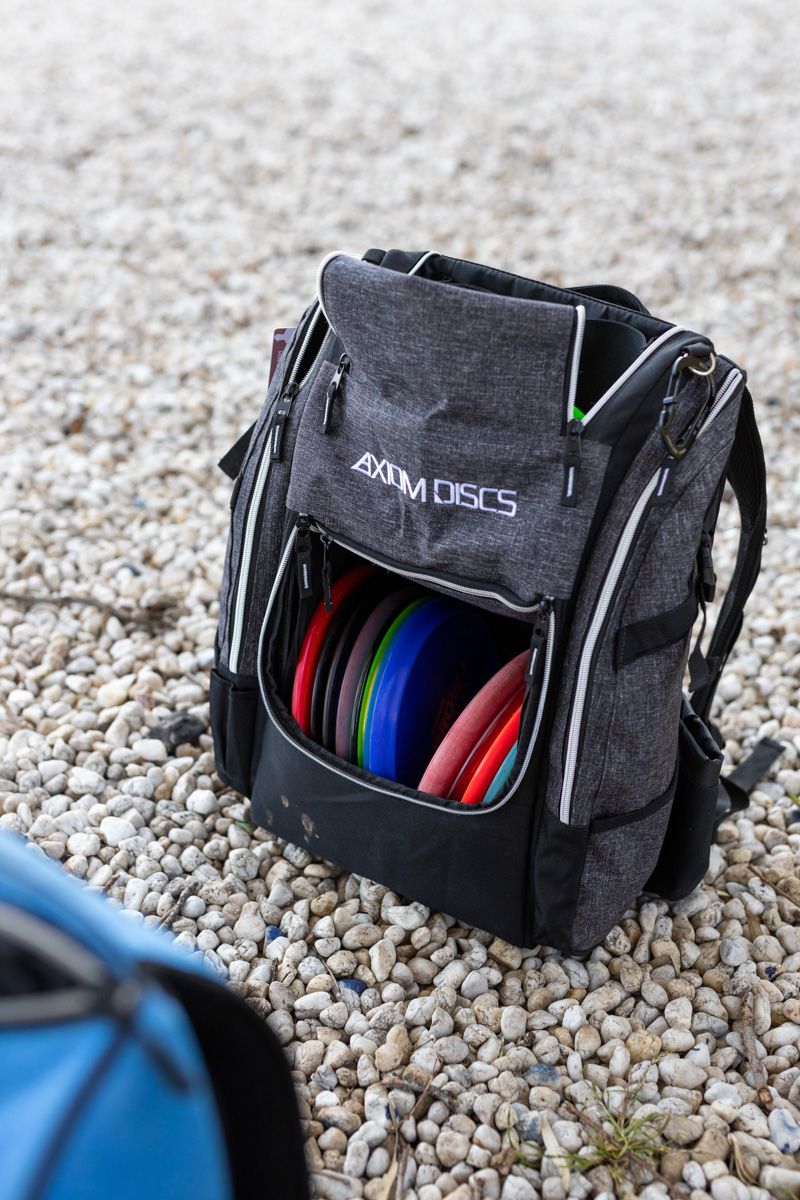 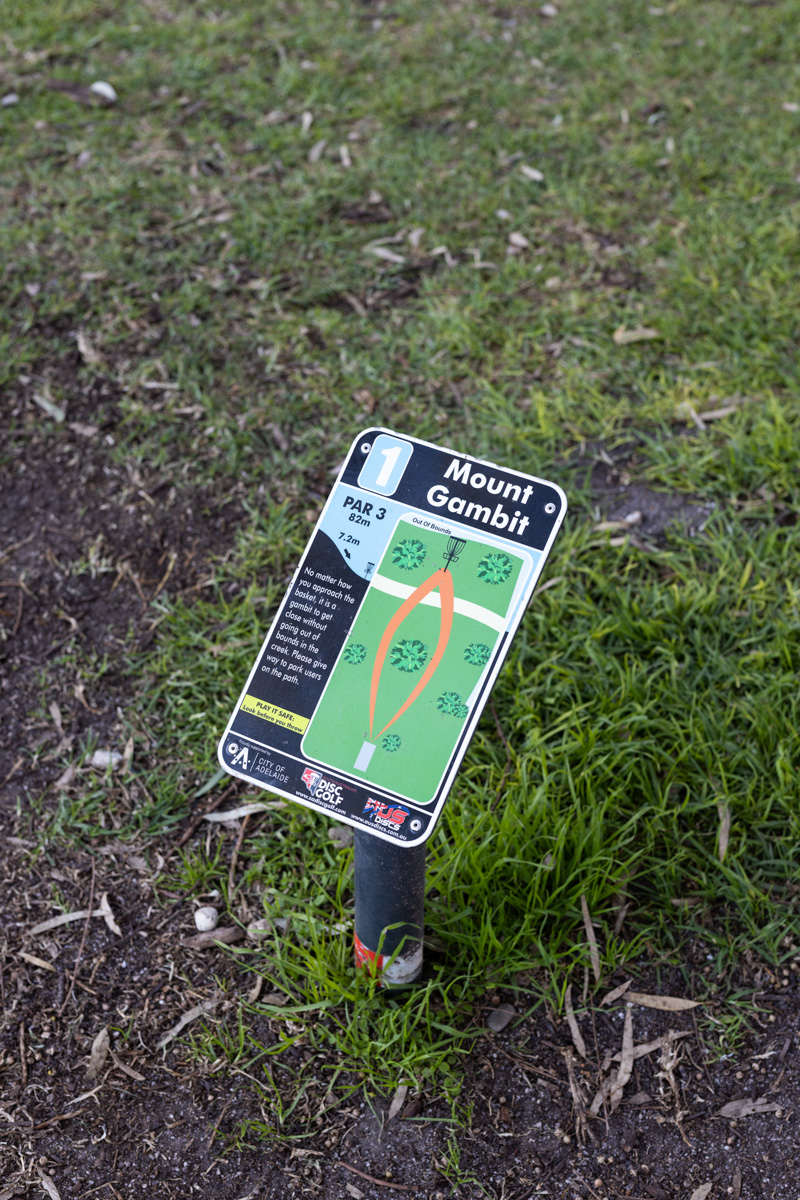 At a recent SA Open disc golf event, Gareth was forced to cap the number of players at 82, even after extending the course by borrowing temporary baskets.

“We physically couldn’t fit any more then,” he says. “So we probably missed out on another 15 people trying to get in.”

Some of this growth is attributable to a COVID-bump the sport has seen worldwide. It’s a solo, outdoor sport, after all – and relatively low-cost. Discs can be purchased for between $15–$30. 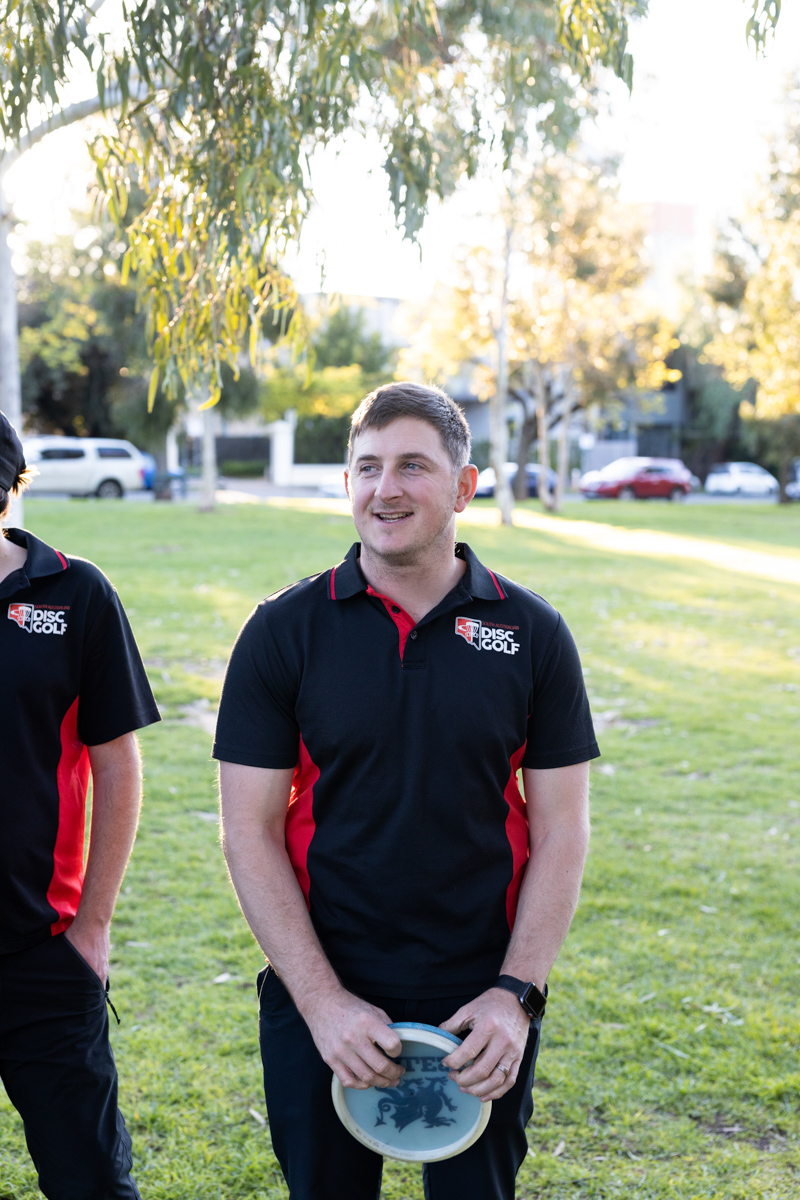 For Tom, the disc golf course was installed at the same time he was assessing his relationship with another disc sport, ultimate frisbee, which he’d played since 2006.

“I’m mid-30s now, I was starting to become injured quite easily playing a much more physically demanding sport like ultimate,” Tom says.

To this day, Tom keeps many of the friends he made through ultimate frisbee, and they’ve also made the transition to disc golf with him.

“While it is an individual sport, you are strolling around the beautiful east park lands with these same people that you’ve known for 15 years,” he says.

“We’re very competitive, but part of the fun of it is you get to go out with those same people, and it’s a social occasion.”

This is the kind of activity Ray Scheuboeck, the City of Adelaide’s Manager of City Lifestyle, enjoys seeing in the green belt.

“We’re getting more focussed on making sure people are having good experiences, but then also being mindful that activities have that component around that social connection,” Ray says.

“Understandably, it’s really everyone’s backyard, and front yard, and so the park lands provide that open space, but also that area of respite.

“It is really important from the perspective of mental wellness, but it also provides an opportunity to be physically active.” 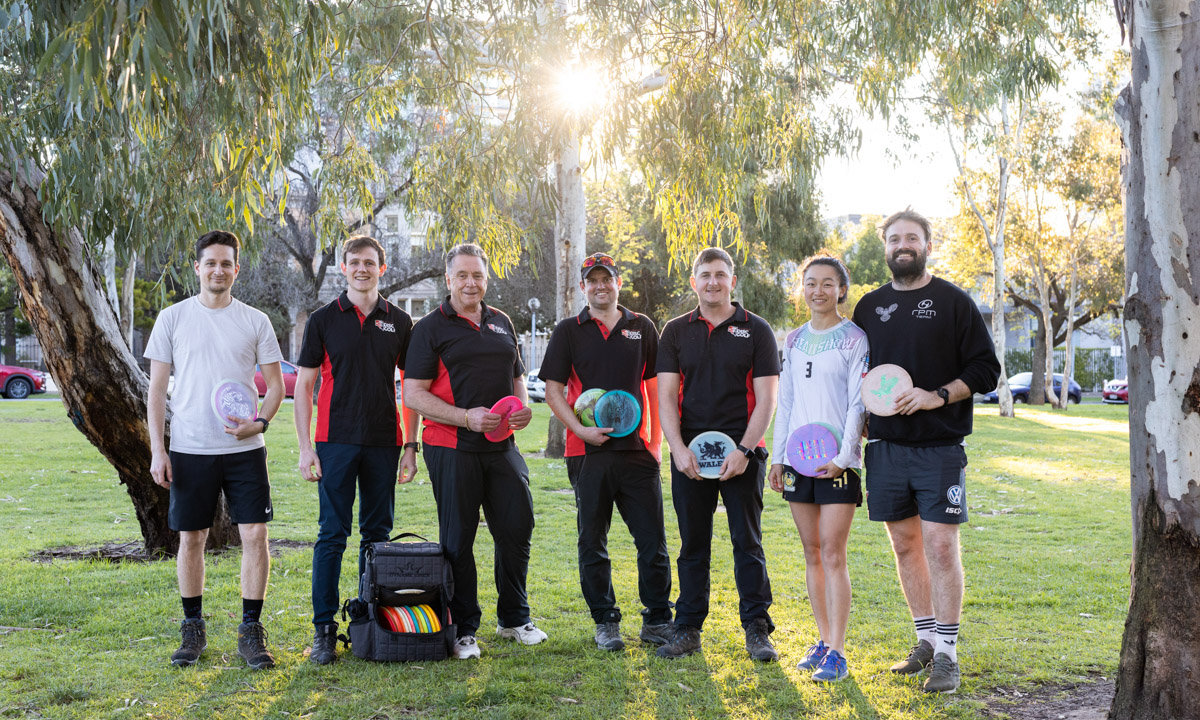 A crew that throws together, stays together

When the east park lands baskets were first installed, Gareth made a point of introducing himself to everyone he came across on the course. As the course has got busier, this has become difficult.

“About eight months ago, I’d be out there for an hour and a half and I’d only played three holes, it was getting that busy,” he laughs.

Regardless, he’s happy to see so many people exploring the sport that gives him so much joy.

“If I’m having a big day at work, as soon as I step on that course in the beautiful park lands, it’s such a stress reliever,” he says.

“It’s very unexplainable and maybe something to do with the history of human beings, seeing the flight of the disc… There’s something just so beautiful about hitting that line between nature.” 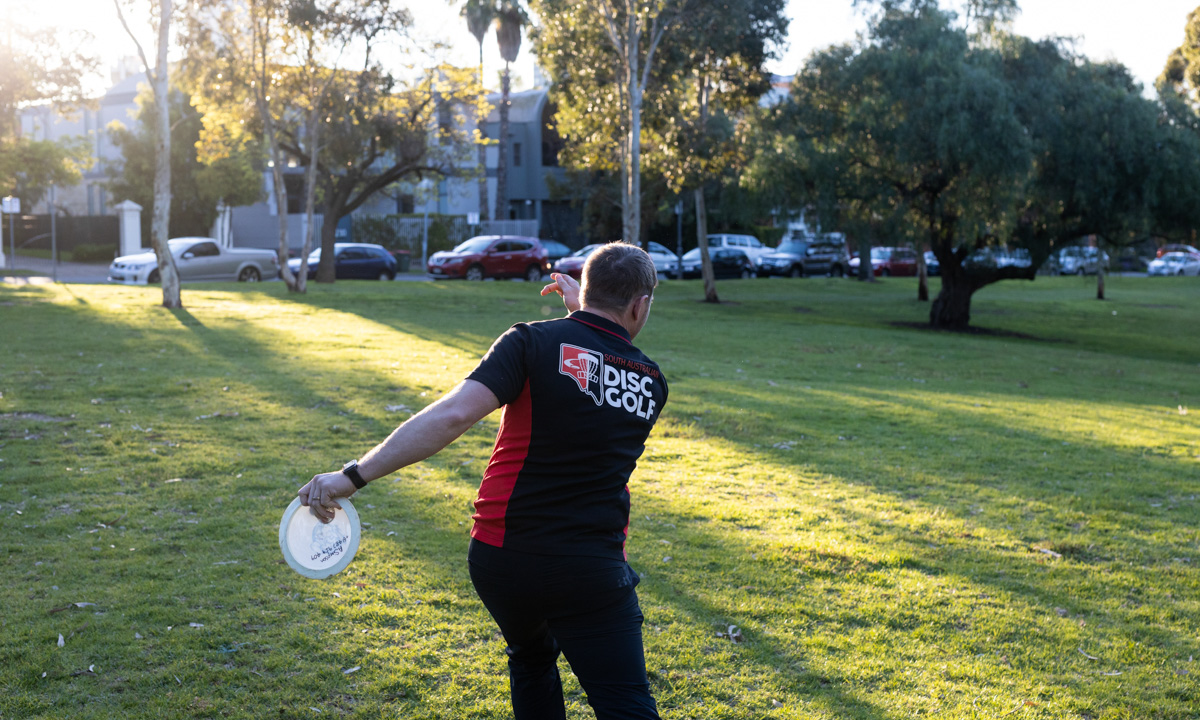