There's nothing like the sizzle of sausage to whet the appetite, but when you're cooking with Africola's Andrew Cameron the sausages are actually best for drinking. 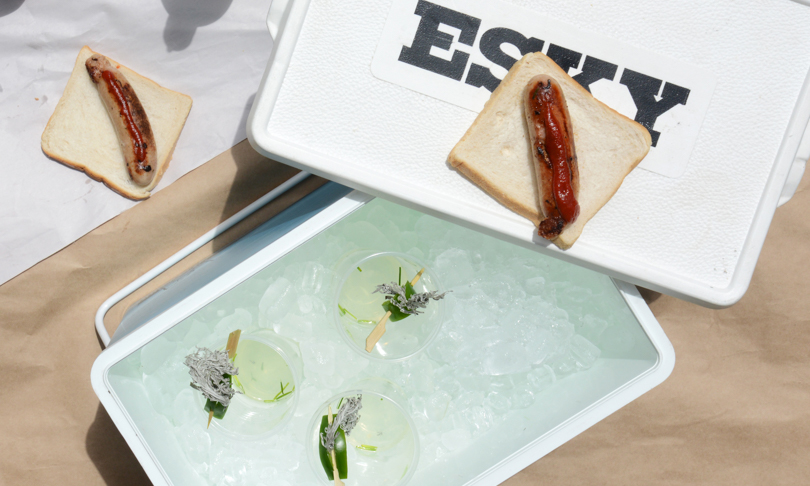 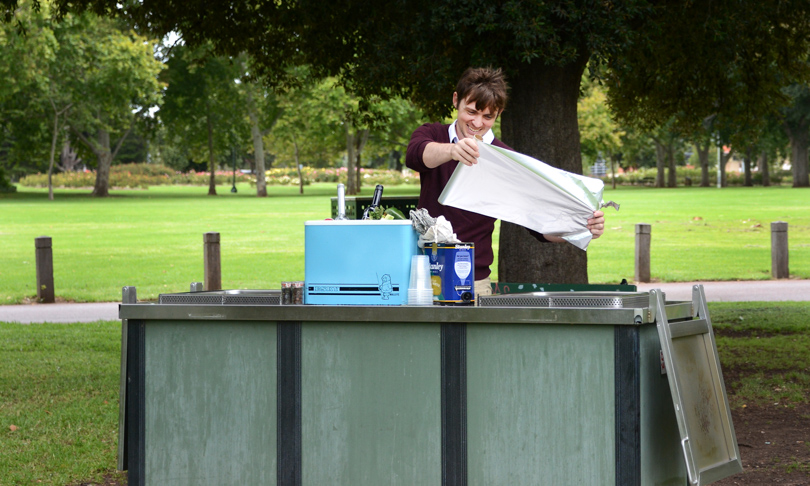 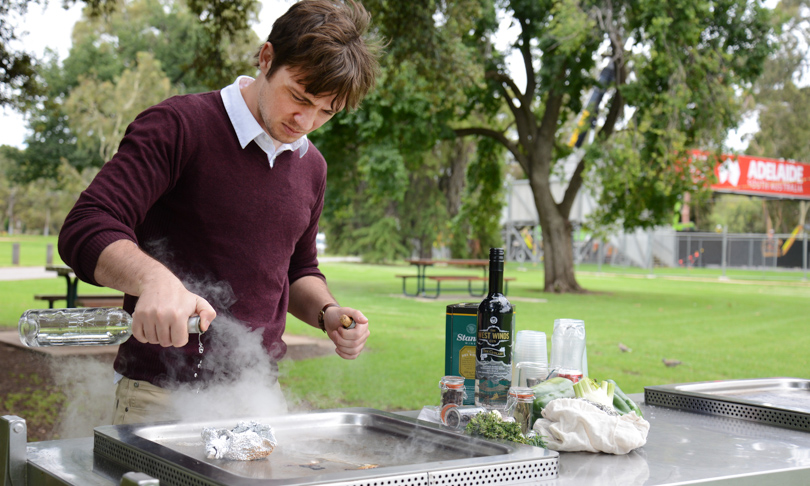 It’s with great relief that CityMag notes the absence of the word ‘mixologist’ from anything associated with Andrew Cameron.

Andrew is bar manager of Africola, the outrageously popular new restaurant in the north east corner of Adelaide. At Queensland University of Technology he majored in Microbiology and Molecular Biology, graduating with First Class Honours in Technology Innovation. But he’s not a mixologist.

“Within the bar industry it’s quite a toxic term these days,” Andrew says when we tentatively enquire about his preferred title. “I can’t think of any bartenders who would actively call themselves a mixologist – they’re a bartender.”

Andrew is being modest. While the last three bars he worked at in Brisbane won Best Cocktail List in Australia, Best Bar in Queensland and Best Drinks List in Queensland respectively, he’s also made contributions to National Science Week and international publications.

“I’m not pulling out the beakers every day,” says Andrew, “but I do find it more efficient sometimes for pouring liquid. They’re Pyrex so they’re heat resistant and cold resistant.”

Ever practical, Andrew explains that bartending made him a better student of science. Making cocktails in crowded bars for thirsty punters forced a level of efficiency on him that often saw him finish lab work in half the time of other students.

It was at the Canvas Club in Brisbane that Andrew started experimenting with liquid nitrogen behind the bar.

“I thought, ‘Yeah, I can get used to this’. I have to wear safety goggles and gloves within the lab and I sort of should behind a bar and, you know, add a bit of extra theatre and look more closely at the science of it all.”

Much more than a performance, Andrew’s blend of science and bartending runs deep.

It encompasses knowledge he has gained throughout his study and career – including several trips to learn about the pharmacological properties of native plants in Panama.

While there researching the merits of traditional medicine and its potential for commercial production, Andrew discovered a more subtle but, to his mind, more relevant aspect of native botanical remedies.

It takes more than a few ingredients to turn goon into vermouth.

“The thing that I took from the experience in Panama was that there are these plants that have been worshipped for thousands of years,” says Andrew. “I’ve got this great book called the Encyclopedia of Psychoactive Plants and it’s got 15 pages of history on the passion fruit flower, with paintings and ceramic work, and you see all this culture around this thing that I can grow in my backyard.”

Andrew’s interest in the connection between culture and medicine seems most relevant in his role at Africola. While clearly successful in Brisbane, Andrew says the decision to move to Adelaide wasn’t difficult.

“Duncan Welgemoed (head chef and co-owner of Africola) and I just get along really, really well. We don’t need to use words to talk,” he says.

“I’ll see a dish he’s putting up on the menu and I’ll balance a drink to it. To have that kind of support and that kind of understanding to push things in a new direction – it was a no-brainer to come down here. Here’s a bunch of people who  are all on the same level – let’s do it!”

With that very same attitude Andrew takes control of our BBQ.

“I love the challenge of, ‘here’s a bunch of botanicals and here’s three objects – build a thing and make this thing taste good. Oh and you’ve got a minute,” says Andrew as he fashions a Boston shaker out of a Coke bottle and can, while clicking the green ignition button on the BBQ yet again.

Pouring from the makeshift shaker.

Switch on the BBQ and deglaze with Cooper’s Pale Ale. Take sips intermittently. Fashion a water-tight pan out of alfoil and fill with dry white wine.

Allow your ingredients to infuse in the makeshift alfoil pan for 30 minutes, ensuring that BBQ’s green light stays on. Throw the chicken sausages on the barbie. Cook well.

Strain off botanicals from the alfoil pan, add two tablespoons of chicken sausage fat and fortify with grappa to bring to around 18 per cent (roughly 1/4 of volume).

Strain into appropriate vessel and garnish.

Serve alongside a chicken sausage on white bread with tomato sauce.