Korean restaurant BA:M Adelaide has opened up a new street food concept in the back laneway behind their shop, extending food and beverage bustle to the quieter end of Peel Street.

Beyond the festoon lights on Peel Street, at the darker southern end of the strip, you could easily have walked right by another notable food and beverage opening over the weekend.

BA:M Tori
“30 and a half Peel Street,” Adelaide 5000
(First laneway on your right heading north on Peel from Currie Street)

Until now, the space has primarily been used as an access laneway and loading zone, but with blessing from their landlord (and from Consumer and Business Services), Rose Heo and Seth Park have created a miniature restaurant inspired by Korean street food markets.

“The first concept was pocha… the word itself is just a street food market in Korea, and it’s used as an everyday/night party, after work, after school, when you break up with your girlfriend – something like that.

To modernise the concept, Rose and Seth adapted the menu toward skewers (Tori being a reference to Japanese yakitori), which is gaining in popularity on Korea.

“Even in Korea now, grilling and skewers is a really trendy. We were like, ‘Let’s just combine them together. That’s part of our culture, let’s bring it as it is on the Korean streets,’” Rose says. 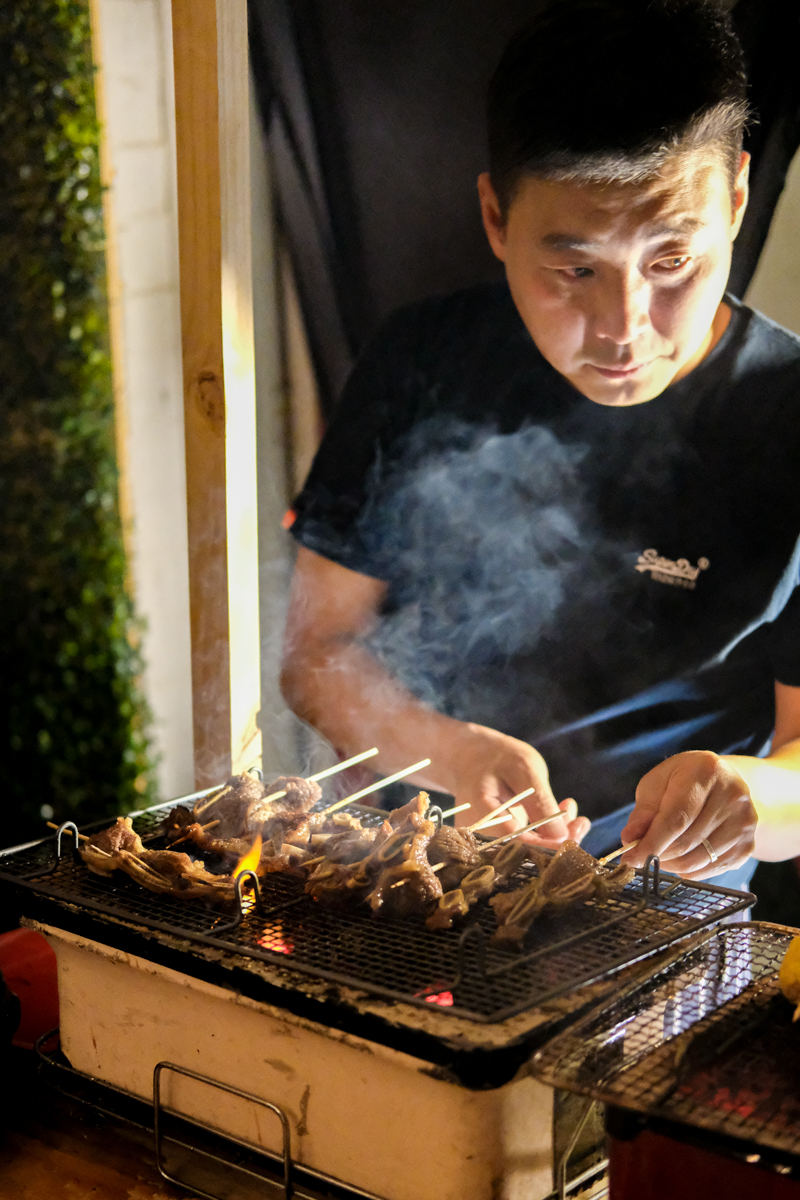 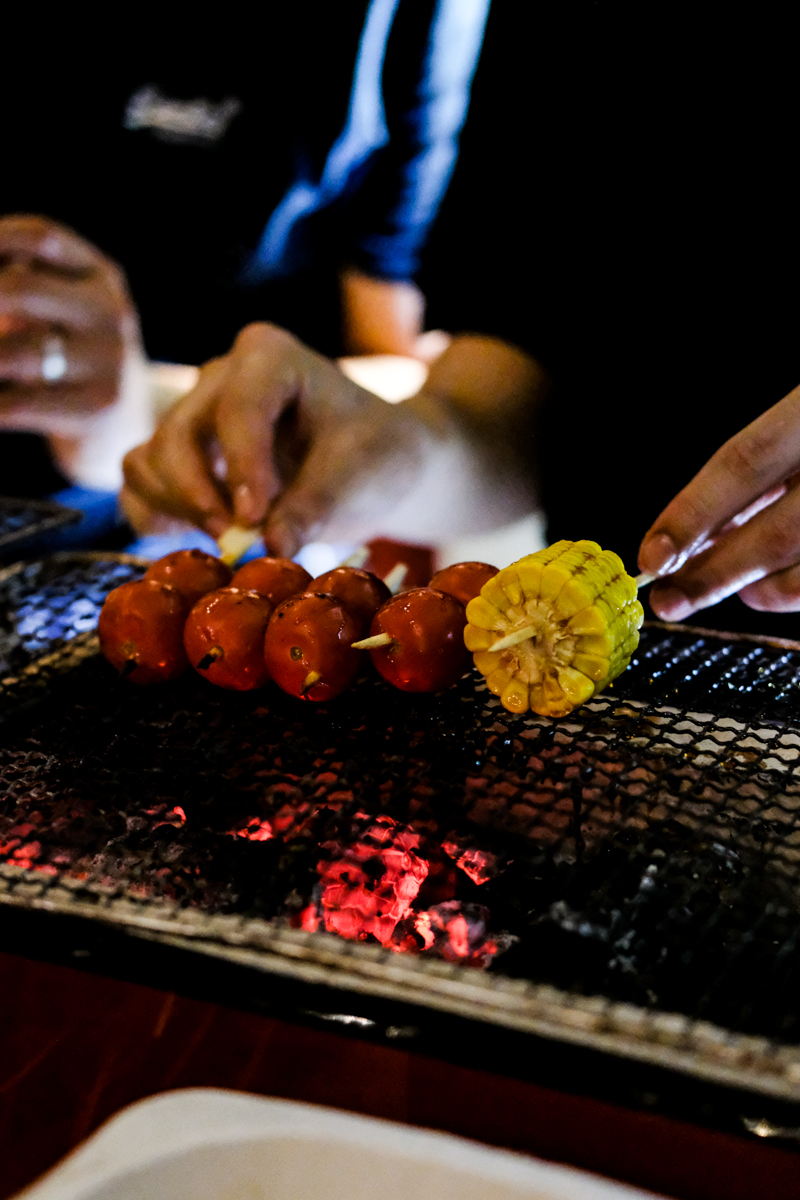 Rather than dress up the aesthetic, BA:M Tori has been kept deliberately lo-fi. A small timber stall smokes and steams as the two chefs grill by spotlight, while underneath a white marquee patrons sit together in intimate lighting on plastic chairs.

Each table has its own small hibachi grill to keep the skewers warm while diners chat, drink, and sing along to the just-above-conversation-level music. BA:M Tori is as much a party as it is an eatery.

“We’re not going to have a deejay booked every day,” Rose explains, referencing Tori’s launch night, “but the music’s always going to be there like that, based on K-pop – that’s on trend as well these days, like BTS and Blackpink. It’s all about the vibe and the liveliness.

“People talk, people laugh, people cry sometimes,” Rose laughs. “It has to be like showing the part of life, what we go through every day.”

BA:M Tori’s menu takes a similar level of pride in its chicken dishes as BA:M Adelaide (the restaurant proper) does in its Korean fried chicken; thigh and tenderloin sticks are available, as well as “unfamiliar dishes for Western people, but which [are] very popular in Asia, like chicken giblets, chicken skin, chicken hearts, and chicken liver.” Pork belly and beef ribs are also on offer, and special consideration has been made to provide vegetarian options, like King Oyster mushrooms and cherry tomatoes.

It’s a relatively short menu, but, importantly, designed to be accessible.

“It’s a street market, it cannot be expensive. I don’t want that to be happening, so let’s make it cheap. Let’s just go back to when we were in university, or back in the young days when we don’t have that much money,” Rose says.

The gate to BA:M Tori opens Friday and Saturday nights from around 5:30pm onwards, and may extend beyond that in the not too distant future. 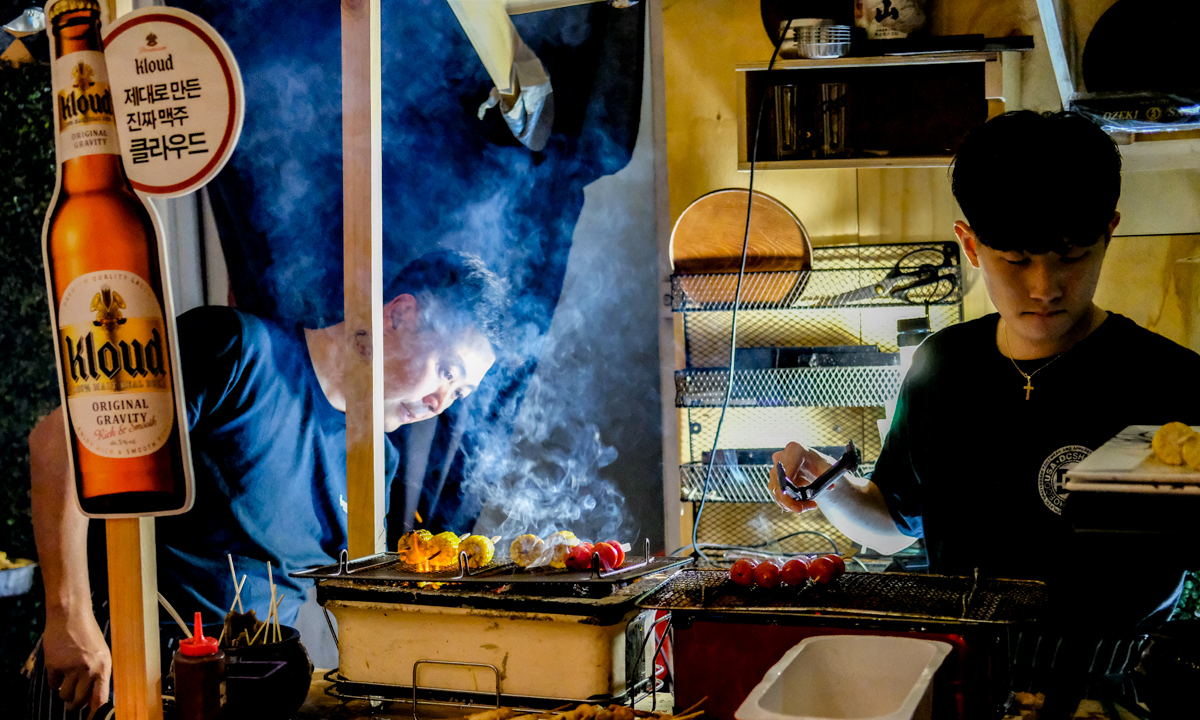 The concept’s opening marks almost a year and a half in business for BA:M Adelaide, and the coming months will see more change to the venue. The restaurant is set for extension, doubling in size beyond its back wall, where they will add a Korean barbecue offering.

The addition of the barbecue will mean three individual concepts will run on the site, with Tori and the barbecue sharing the most resources, the differentiation between the two being Tori’s casual approach.

Work is yet to begin on the site, but Rose and Seth plan to have the restaurant ready in around three months. 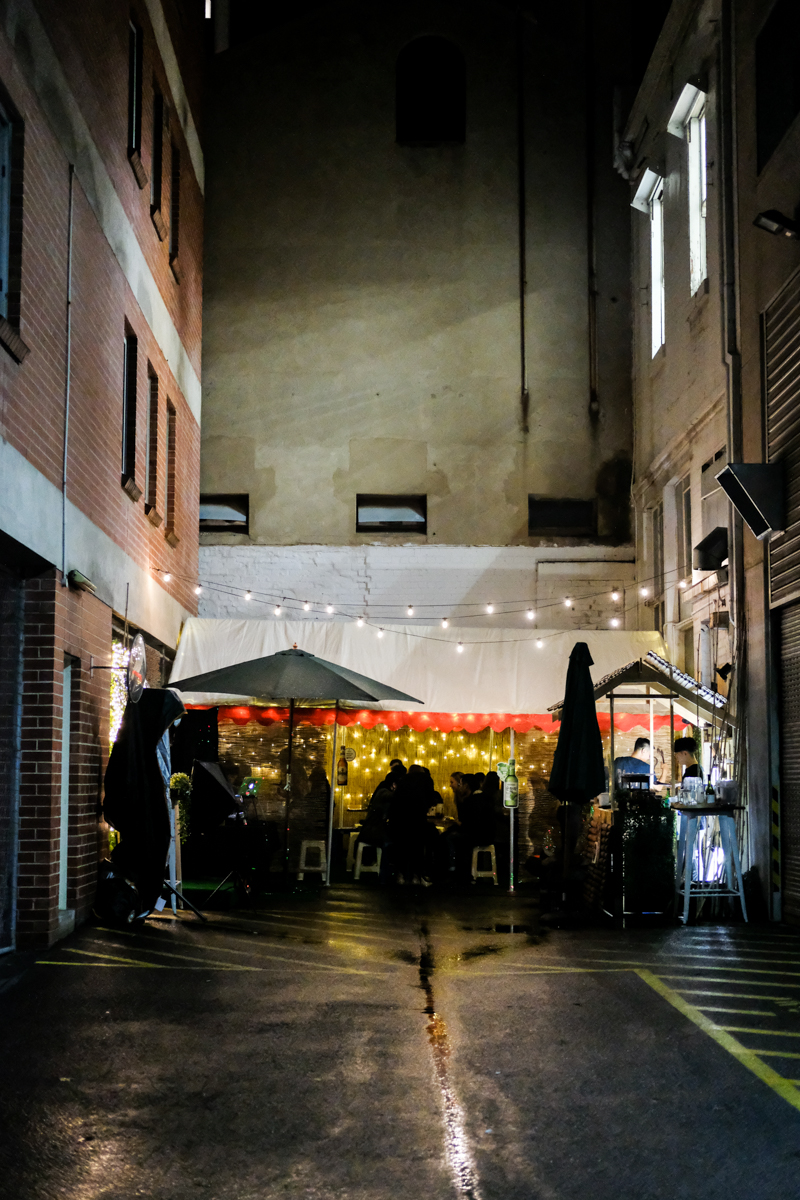