Twelve months after the State Government unveiled a plan to improve disability inclusion in South Australia, much of Adelaide’s nightlife remains inaccessible to people living with disabilities. 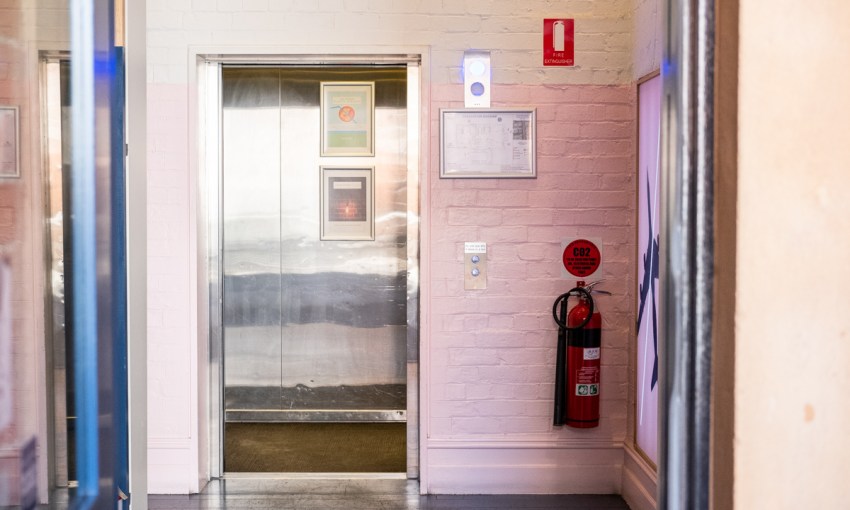 Before CityMag sits down to talk with Brandon Swain, we find ourselves trawling through a web search of wheelchair-accessible meeting places – a frustrating task Brandon experiences regularly.

Brandon is among around 190,000 Australians with a disability who use a wheelchair, and we’ve met to discuss the inclusiveness of Adelaide’s nightspots.

A car accident 10 years ago left Brandon with paraplegia. He tells CityMag limited mobility doesn’t prevent him from hitting the town most weekends, even though many venues don’t cater to him.

“If I’m somewhere and I can’t get my chair in – I have to go somewhere else,” Brandon says bluntly.

“I am lucky to have my left leg, so I can stand if I have to, and people can help me up and get someone to carry my chair, but if I’m by myself I can’t get in.

“A lot of places are definitely not accessible if you’re fully paraplegic.”

Brandon says venues with accessible entry can still be hard to for him to navigate, and to find an accessible bathroom.

And that’s if the bathroom isn’t in use for storage.

He also recalls the experience at one CBD bar of not being able to get his chair up the number of stairs required to reach its only wheelchair-friendly bathroom.

“You’d be going up one to two flights of stairs and then another flight of stairs just to use the toilet,” Brandon says.

While he maintains he’s never had a terrible night out because of inaccessibility, some nights Brandon has been labelled a fire hazard by bouncers.

Other nights have seen him not getting served at bars because the bar is too high for staff to see him.

“A lot of the time I wouldn’t ask [about accessibility] – I’d just scope places out because I felt weird asking,” Brandon says.

“Some people don’t have the confidence to ask about accessibility if it’s not obvious, especially if they’re already worried about people looking at them.” 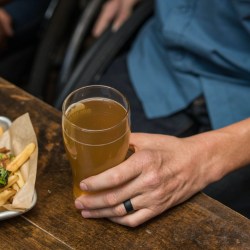 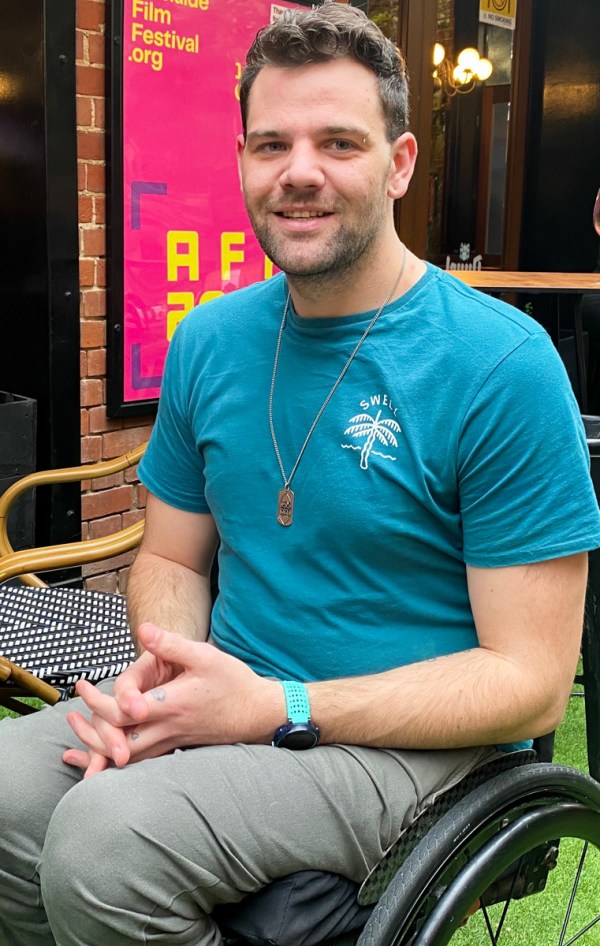 According to the Australian Institute of Health and Welfare, more than one million Australians avoid situations because of their disability, and an estimated 371,000 had difficulty accessing buildings or facilities.

To aid in correcting inequalities like this, the State Government launched Inclusive SA – a four-year plan to improve access and inclusion for those living with a disability – in November last year.

A spokesperson for the Department of Human Services (DHS) tells CityMag the plan focuses on four key themes, one being Accessible Communities.

“It is our aim to increase accessibility to all public and community infrastructure, transport, services, information, sport and recreation and the greater community,” a DHS spokesperson tells CityMag.

“The accessibility of the built environment, quality services and information are key to ensuring people living with disability are included and have the opportunity to equally participate in all aspects of community life.”

I do understand the need to protect heritage; however, I also look at some Scandinavian towns, for example, which are a lot older than Adelaide and are still managing to update their accessibility hugely – Kelly Vincent

Principal Disability Advisor at the Department of Human Services, Kelly Vincent, stresses the importance of accessible bars, pubs and nightclubs to ensure our society is inclusive for everyone.

“We don’t just get up, go to medical appointments then go home and stare out the window until bedtime – we have friends, family and social lives.”

The former Dignity Party MLC, who is also disabled, attributes many venues’ lack of accessibility to the heritage status of the buildings which host our cherished nightlife.

These laws work to preserve significant buildings but, in the process, make renovations costly and sometimes arduous for business. Kelly believes this warrants reconsideration.

“Personally, I think our heritage and planning laws need to be looked at,” she says.

“I do understand the need to protect heritage; however, I also look at some Scandinavian towns, for example, which are a lot older than Adelaide and are still managing to update their accessibility hugely.

“I think it can be argued that upgrading accessibility can actually honour heritage to a degree, by allowing more people to visit these special places far into the future.”

Sparkke at the Whitmore is one venue which, despite being built into and around the heritage-listed Queens Arms Hotel, was developed to be made fully accessible. 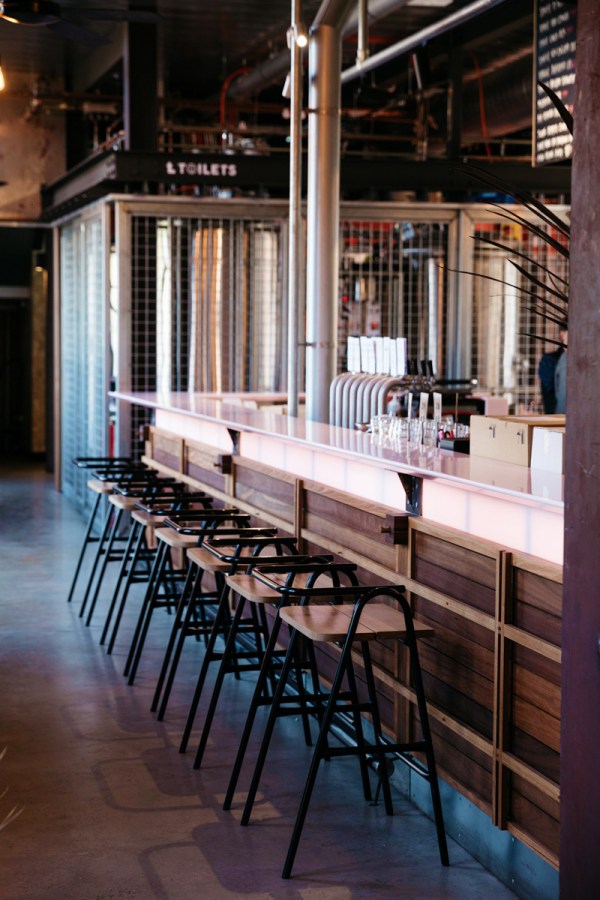 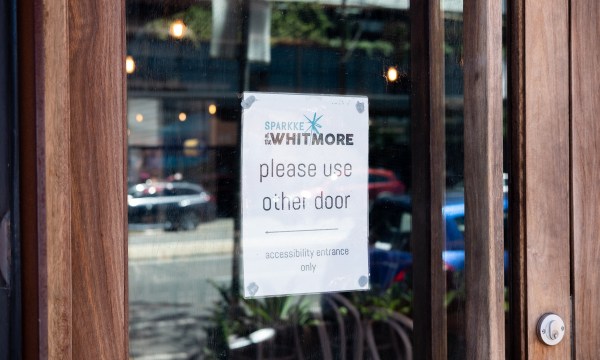 Sparkke’s general manager, Rob Parsons, tells CityMag accessibility was at the forefront of the bar’s design requirements, as it now has accessible entry points, a ramp to the bar and wheelchair-friendly lifts to the rooftop and lower areas.

“[Accessibility] was one of the pillars the owners were looking at [when building]. Equal access was fundamental to them,” Rob says.

“It wasn’t just a last-minute thing – it was a fundamental building block for us.

“We want to welcome everyone – just because you’re in a wheelchair, it doesn’t mean you should be excluded.”

The 1838 pub’s renovations preserved its shingle roof and exposed brick, and Rob says the wheelchair-accessible lift alone cost the venue about $30,000.

He says although the cost could be problematic for smaller venues, the value of inclusivity is far greater.

“You’ve just got to go all out sometimes; if you’re worried about heritage and cost, it’s a matter of communication and doing what you can,” Rob says. 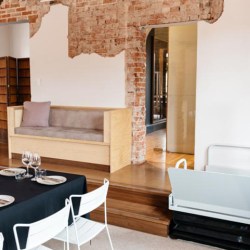 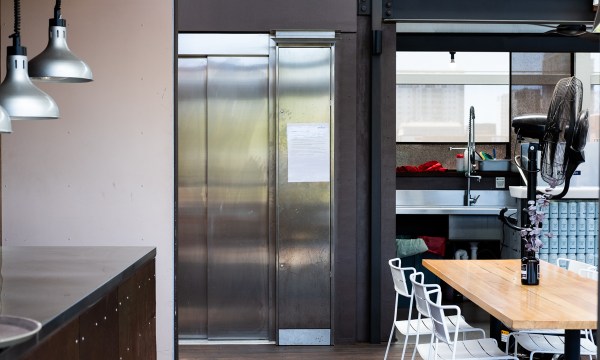 A DHS spokesperson tells CityMag venue owners can also apply for the SA heritage grants program to aid in alleviating the financial burden of these renovations.

“Heritage legislation is not intended to be a roadblock to accessibility to our important heritage places,” a DHS spokesperson says.

“Adaptive reuse of historic buildings can provide many benefits for the whole community and building owners are encouraged to seek advice from Heritage South Australia’s conservation team about improving accessibility to these sites.”

To the public, next time you see someone with an obvious disability – and 90 per-cent of disabilities are not visible – think about how the fact this is a rarity for you is the direct result of systemic ableism and exclusion, and how you can play a role in dismantling that

Although the biggest roadblock to nightlife venues becoming accessible is heritage significance, Kelly believes inclusivity can also improve with education and awareness.

“[Venues should] learn what accessibility is and what it looks like, so the onus isn’t on people with disability to chase up this information and explain ourselves constantly,” Kelly says.

“Look at improving the accessibility of your business as an investment, not only in our human rights but in getting more people (and more money) through the doors.

“To the public, next time you see someone with an obvious disability – and 90 per-cent of disabilities are not visible – think about how the fact this is a rarity for you is the direct result of systemic ableism and exclusion, and how you can play a role in dismantling that.”

To Kelly, the true marker of equality of access in Adelaide’s clubbing scene will be when people with a disability, regardless of the venue they are in, are able to easily pull off the most fundamental late-night partying tricks: ghosting your friends.

“It’s very hard to do a French exit when you have to ask someone to carry you out,” she says.