The Adelaide-based designers of Australia's best café have called on the local industry to celebrate successes and grow its potential. 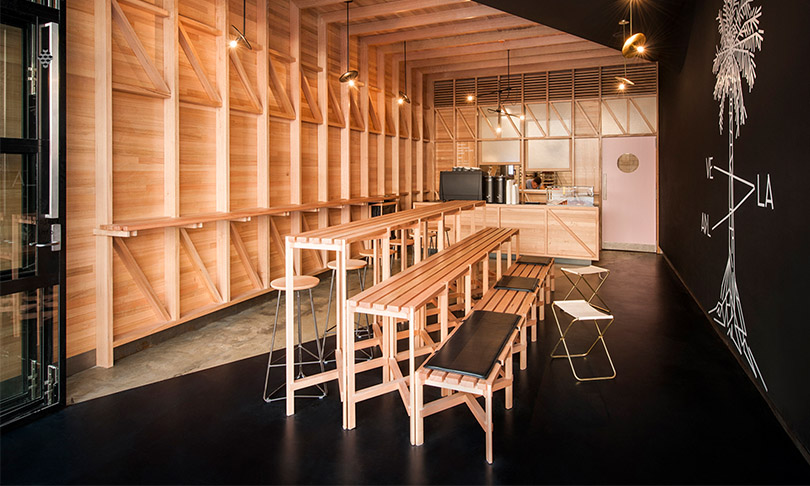 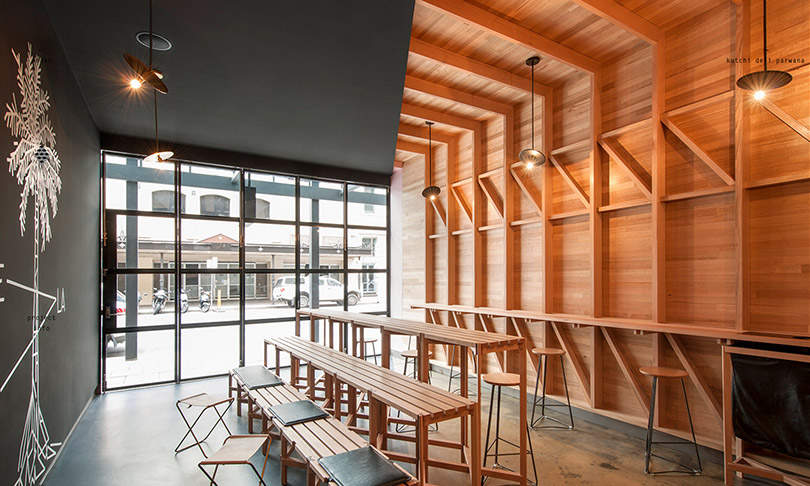 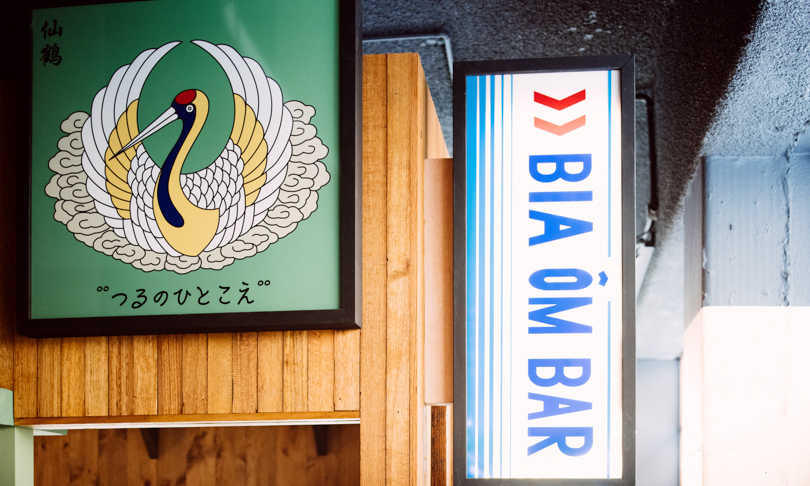 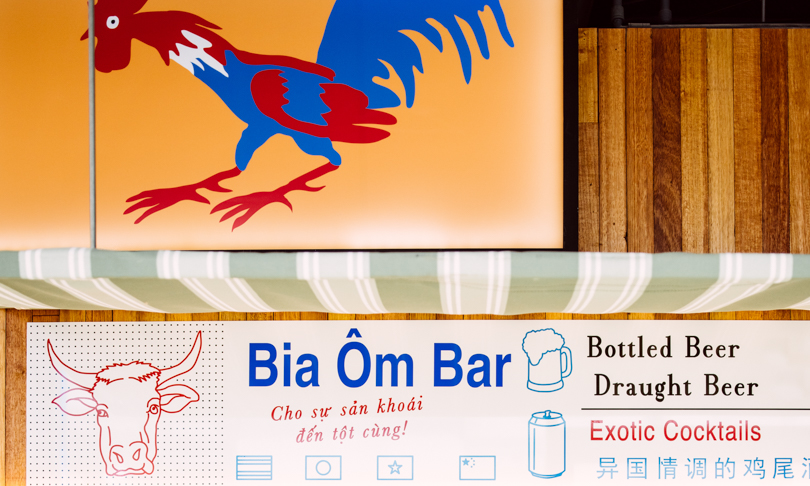 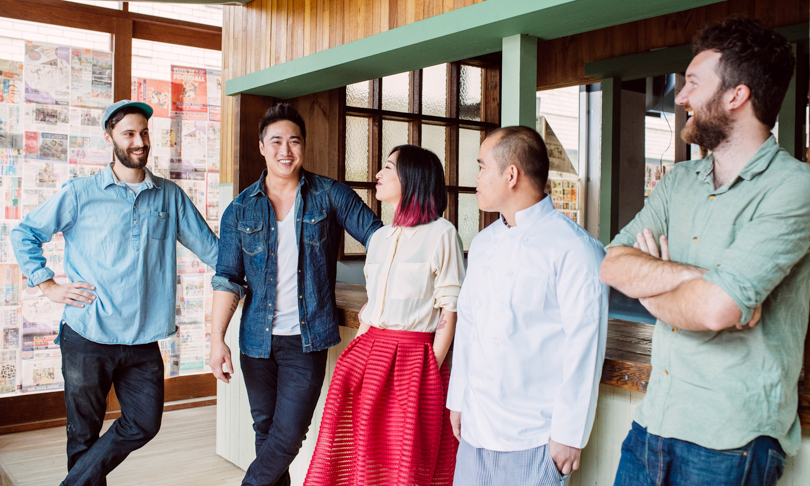 The 2015 Eat Drink Design Awards were announced on Tuesday night to a standing-room-only audience in Melbourne, with Pirie Street’s Abbots and Kinney crowned Australia’s best-looking café.

Speaking to us from a very quiet room back in Adelaide, Graham Charbonneau of Studio Gram accepted CityMag’s congratulations in his typically laconic, Canadian-accented way.

“Cheers bro,” says Graham as we quickly pepper the Adelaide architect with praise for his and (business partner) Dave Bickmore’s win.

“The judges said they couldn’t separate us,” – Graham Charbonneau Africola architects Dave and Graham with Duncan Welgemoed hugging it up in the middle.

Abbot’s and Kinney finished equal first in the “best café” section of the awards; sharing the podium with the much-revered Kettle Black of South Melbourne.

“The judges said they couldn’t separate us,” says Graham when asked about the joint award. “They are two completely different spaces with different strengths.”

“I should have forked out for the flight to Melbourne,” Carlo says joking about his embarrassment at not attending the awards night in Melbourne.

“It was Matiya (Marovich) who convinced me to enter the awards… I think I still actually owe him money for the entry fee!” – Carlo Jensen

Both Carlo and Studio Gram worked collaboratively on their award-winning projects with other creatives and were quick to acknowledge the team effort involved.

“It was Matiya (Marovich) who convinced me to enter the awards,” says Carlo. “I think I still actually owe him money for the entry fee!”

The spirit of collaboration at the core of these two winning entries is not necessarily the status quo for Adelaide either.

“There is more mutual recognition from Melbourne counterparts,” says Graham. “So many people are open and happy to discuss work and compliment good work when they see it, whereas in Adelaide it feels much more guarded and more competitive.”

Graham argues that there’s a common sense in designers complimenting and collaborating on projects across disciplines and sharing expertise.

“If more people do good design, it creates more work for everybody,” he says, “because business owners can see that design, good design, makes a difference to how successful their business will be.”

Carlo says he wishes there was an award that took in everything.