How do you get Adelaideans with mildly differing views on climate action to get behind their broader shared cause? With a festival, of course. 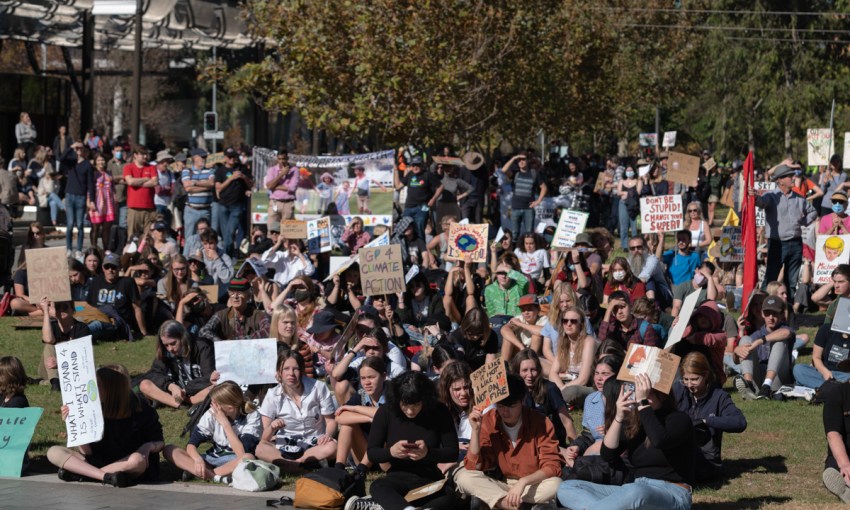 From 15—17 October, the Adelaide Festival of Climate Action will be held in Tarntanyangga Victoria Square in a series of events that are the first of its kind.

For more information on the Adelaide Festival of Climate Action, see the event page.

With upwards of 20 diverse groups involved, including SA Unions and Hutt St Centre, the festival aims to showcase the common ground of organisations with differing tactics in their work outside of climate activism.

Extinction Rebellion SA spokesperson Ben Brooker says their invitation to groups to participate was broad, meaning they’ve had to put aside some of their views about the actions that are necessary at this time.

“This is really about building the broad coalition of groups through commonalities of experience and ideology,” Ben says.

“Belief in climate change is the kind of baseline, but beyond that we’re looking at groups that are engaging with climate action in whatever ways they see as being effective, and these are not groups necessarily out there promoting non-violent, peaceful civil disobedience like Extinction Rebellion are.”

Extinction Rebellion’s tactics across its branches internationally have often sparked criticism and discussion around the ‘correct’ way to protest.

Such was the case in March this year, following members of Extinction Rebellion SA gluing themselves to Flinders Street and scaling the awning of Santos’ headquarters.

As a general rule, the more spectacular or destructive the action, the more newsworthy it is, and therefore the more we see it reported.

But Ben says Extinction Rebellion’s approach is much broader, and the festival, which they’re referring to as a “movement of movements”, exemplifies that.

“There are many different ways of bringing people into the organisation and making them feel like they can make a difference about climate change,” Ben says.

“It doesn’t mean we won’t be pursuing those other tactics in the future, but it does mean that we see this as a different way of empowering people and bringing them into the organisation.” 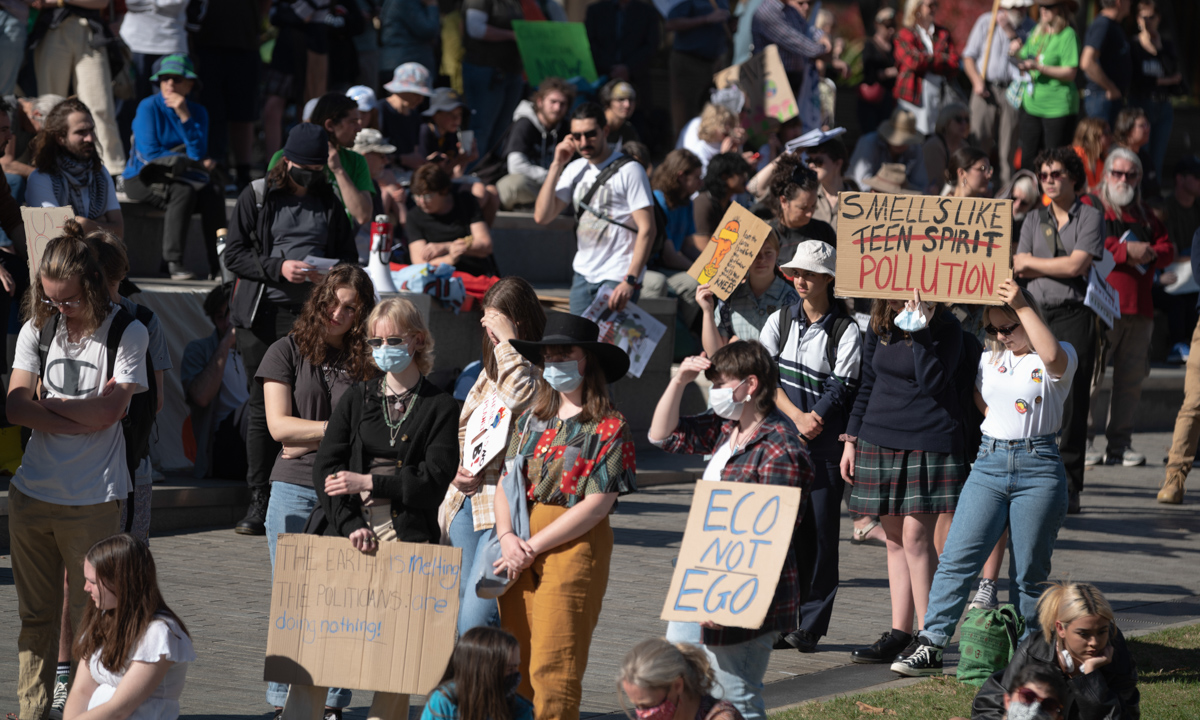 The Climate Action Festival event page says that according to latest reports from world-leading climate scientists, it’s possible to avoid climate catastrophe if we act fast.

This follows the release of the 2021 Intergovernmental Panel on Climate Change (IPCC) report, which was referred to by the secretary-general of the United Nations as a “code red for humanity”. This IPCC report was the sixth of its kind, and the first to be published since 2013 in a culmination of a five-year process involving 234 leading scientists across 60 countries.

A prior report from the IPCC received academic criticism for “erring on the side of less drama”, but the 2021 findings put greater emphasis on extreme regional events and links to human-caused climate change.

Ben acknowledges that since this most recent report there has been heightened anxiety among people regarding climate change, sparking a need for community engagement, such as the festival.

“I think people are aware that we’re at this really critical time and people are really desperate almost for avenues to engage in climate action in really participatory ways,” he says. 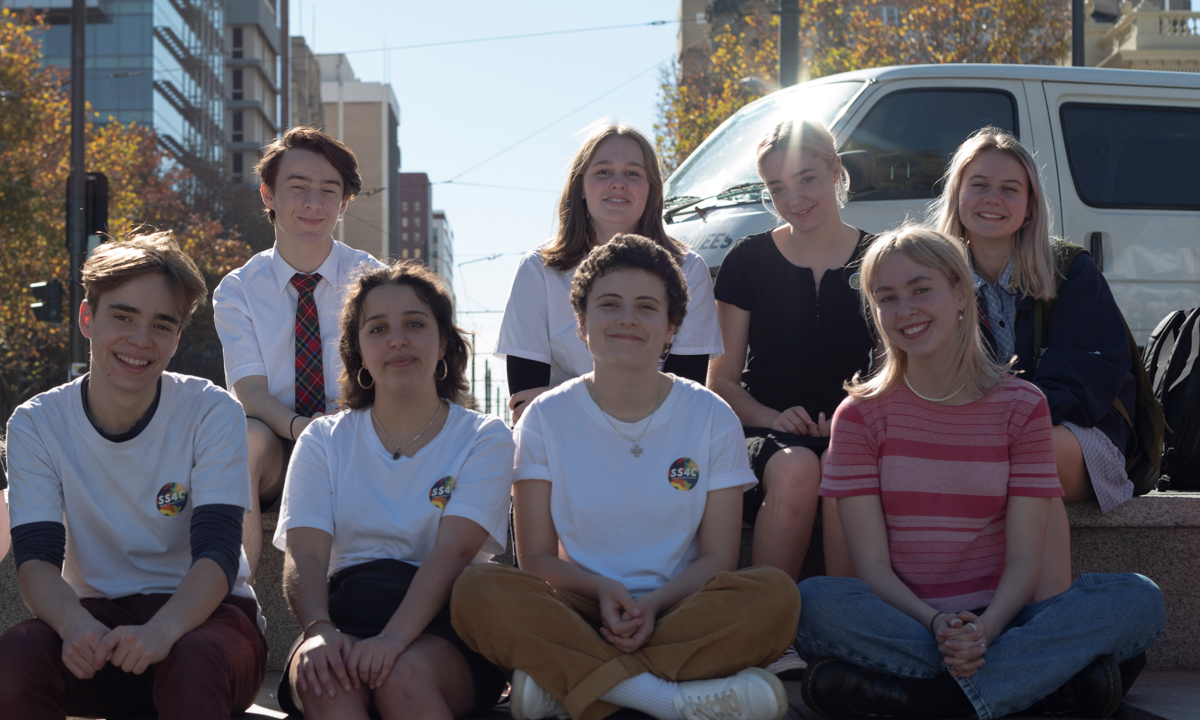 School Strike 4 Climate organisers Audrey Mason-Hyde and Imogen Adair-Cullen agree that since the seeming urgency around the release of the IPCC report, it’s become apparent that groups like theirs need to band together with likeminded organisations, despite their differences.

“School Strike are a non-political movement, we try our best to not be politically affiliated, but what we’re really trying to show with this festival is solidarity between the movements and that we all care about the same thing,” Audrey says.

Prior to the festival commencing on 15 October, the usual School Strike 4 Climate will go ahead, and the organisers hope the combined event will draw more people into the other climate movements.

This has allowed the Year 11 organisers to work with other long-time climate activists.

“Because we’re a very youth-led movement, it’s great to get that sense of intergenerational connection between the movements, which is the biggest goal of the festival for us,” Audrey says.

The two say it’s cool to see how “ferociously protective” the older activists can get.

“It’s almost like there’s nothing left for them to lose… I think that’s why we see Extinction Rebellion having a much older following and doing disruptive actions,” Audrey says.

“There are differences, particularly in strategy and how arts focussed the actions are, but I think we all have the same goal and similar passion.” 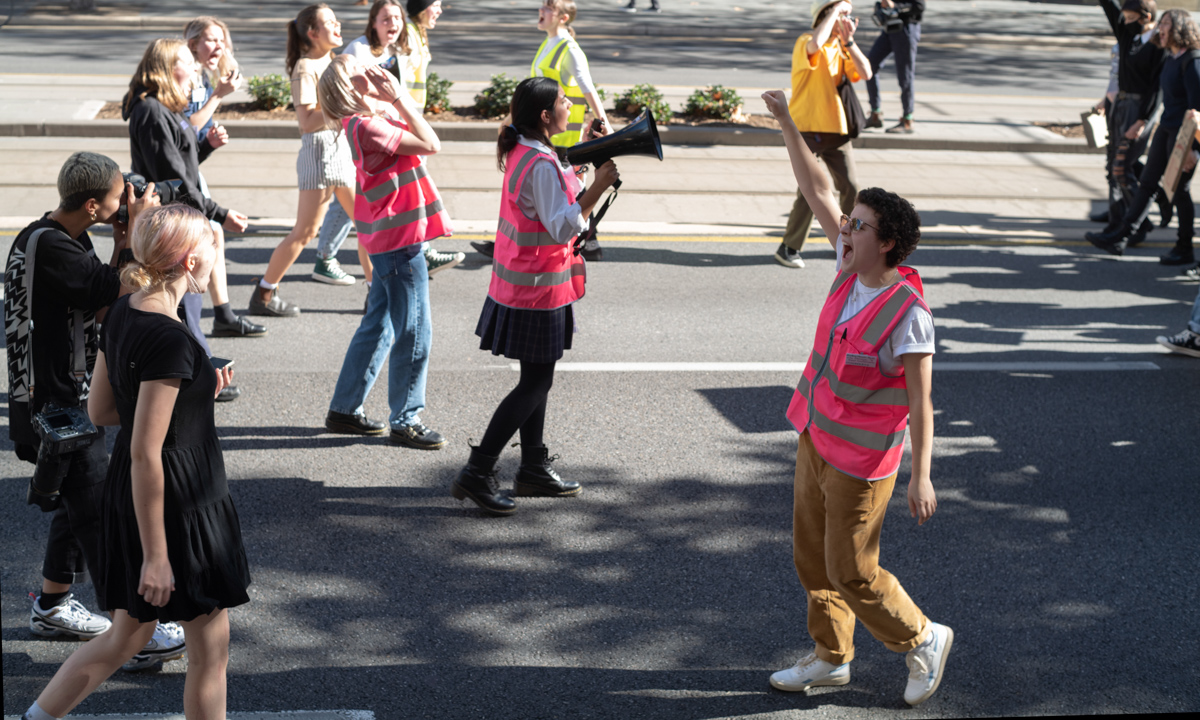 Given their differences, Audrey acknowledges doubt regarding the festival atmosphere and conflicting strategies diluting the message of the event, but they instead choose to focus on the joy of community building.

“We can look back to historical examples of successful activism and activist movements, like the civil rights movement, and they were surrounded by culture and celebration and joy, as well as protest,” Audrey says.

“What we’re focussed on is through the celebration and joy of building a community around climate action, we will also achieve climate action.”

Ben agrees that the festival is a celebration of this point of difference around activism.

“One of the problems progressive activism has faced historically for a very long time is this perception that we were all kind of puritan doom-mongers,” he says.

“I think the nice thing about having a festival like this is we can to some extent push back against that image and say look activism doesn’t have to be depressing and dour, there are other ways of doing it.”