Young punks Amyl and the Sniffers added to RCC 2020 program

RCC 2020 has announced Melbourne yob-rockers Amyl and the Sniffers have joined the festival's punk-heavy music program. 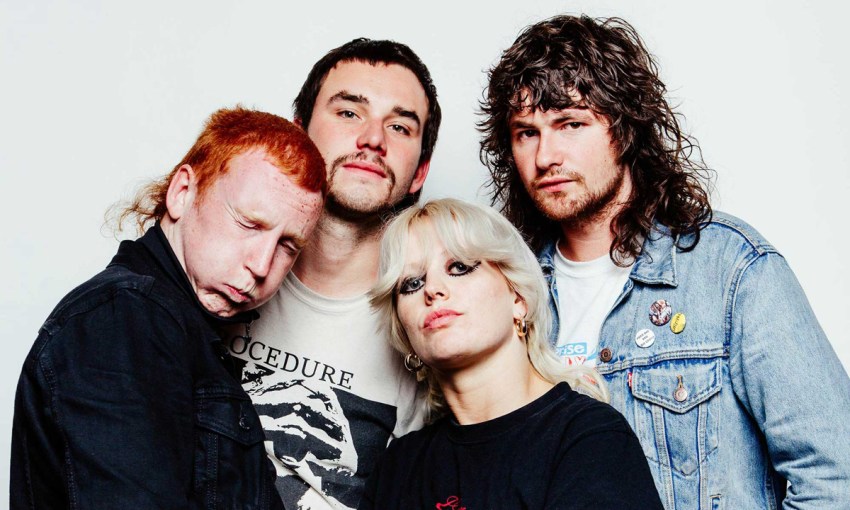 A late addition to RCC 2020’s stacked music lineup, Melbourne punk ocker rockers Amyl and the Sniffers have joined the program of gigs happening at the University of Adelaide this coming festival season.

The band last played Adelaide at the Crown & Anchor in September this year, as part of their 2019 Aus Tour, and they return to our city following a run of dates in the UK.

Amyl and the Sniffers are the raucous cherry on top of a punk-heavy lineup, with RCC’s artistic director, and noted punk fan, David Sefton doing all he can to top bringing over Pussy Riot in the festival’s inaugural year.

“Punk features heavily in our 2020 program – I’m a massive punk fan. Amyl and The Sniffers are one of the most exciting live bands in the country and are returning from a massively successful international tour,” David says.

“I’m thrilled to announce that they will be bringing their quintessentially Australian ‘70s punk sound to the RCC line-up, which includes the likes of Lydia Lunch, Guitar Wolf and The Jet Boys.”

There will also be special musical performances from the likes of Tropical Fuck Storm, who’ll be soundtracking a screening of the Coen Brothers film No Country for Old Men live; there will be a performance of composer Steve Reich’s Music for 18 Musicians; and a gaggle of Australian musicians will group together to perform a collection of songs from the late Triffids’ founder David McComb’s posthumously released album, Truckload of Sky.

There is still plenty more to be announced, including the shows falling under the Utopia banner, programmed by RCC founder (back in the Royal Croquet Club days), Stuart Duckworth.

So far, Stuart has announced Sampa the Great, Baker Boy and Cut Copy will appear, but stay tuned for future announcements.

Longtime attendees of the Adelaide UniBar, prior to its evolution and move to the ground floor, will all receive a pang of nostalgia to hear the former band room will be returning for RCC 2020 under the moniker LVL 5. Lydia Lunch, Guitar Wolf and The Jet Boys will all perform in the space.

In the realm of food, Chow Town will return to the uni grounds, taking over the Cloisters this time around, and Roberta’s will also be back at a new rooftop location, with added disco vibes.

We’re still months out from festival season, so there’s plenty more to come. Stay tuned to RCC’s socials for updates.