Under the stewardship of Deanna Howland, Woodville Town Hall is a 900-capacity venue with a focus on diverse and inclusive programming and will host the inaugural AltFest in June.

“I tell everyone, it’s a mini Thebarton Theatre,” Deanna Howland says as she shows CityMag through the refurbished Woodville Town Hall.

At 900-capacity, the hall is a little under half the size of Thebby, but they bear a striking resemblance – from the ornate balconies to the plush leather lounge seats in the stalls.

AltFest is happening on Saturday, 29 June.
For more information and tickets, see the event page.

Woodville Town Hall first opened as a cinema in 1927 and has a long history as a community hub, hosting dances, balls, end-of-year school concerts and civic ceremonies, right up until a storm caused severe damage to the roof in early 2014.

An 18-month rebuilding process followed, and, now back to its grandiose best, the venue is beginning to recover from losing the large portion of its regular hirers who moved on to other venues.

In the rebuilding process, Charles Sturt Council brought in Deanna, who has history in events and logistics – most recently with the Adelaide Festival Centre, working on projects like the Adelaide guitar Festival and DreamBig Children’s Festival – to bring a new lease of life to the space as a live entertainment venue.

“Council have multiple aims, which can be a juggle,” she says.

“They want to see it run more like a performing arts venue, and more like a business that’s bringing in hires and bringing people in, but they don’t want it to lose its touch with the community, making it affordable for community groups to still hold special events here.

“What I’m trying to do is increase the hire but still maintain a cheaper rate for community groups, and also we’re starting, this year, our own annual program of events.”

Some of Woodville Town Hall’s heritage as a cinema remains

In the two years Deanna has been custodian of the hall, she’s seen an array of diverse events – “We’ve had a famous singer from Greece, we’ve had comedians from the Philippines, we’ve had the Nepalese Idol,” she says – and she will continue to work with local community groups looking for a suitable venue, as well as creating a diverse and inclusive program of events herself.

“In terms of our own programming for Woodville Town Hall, we’ve made a vision statement that we want to present a diversity of artists on stage, as well as providing for our diverse community,” Deanna says.

“This venue is fully accessible and we’re really proud of that – it’s got a hearing loop, when we do comedy this year, we will have an Auslan interpreter, so we’re trying to do what we can to be inclusive in every way.” 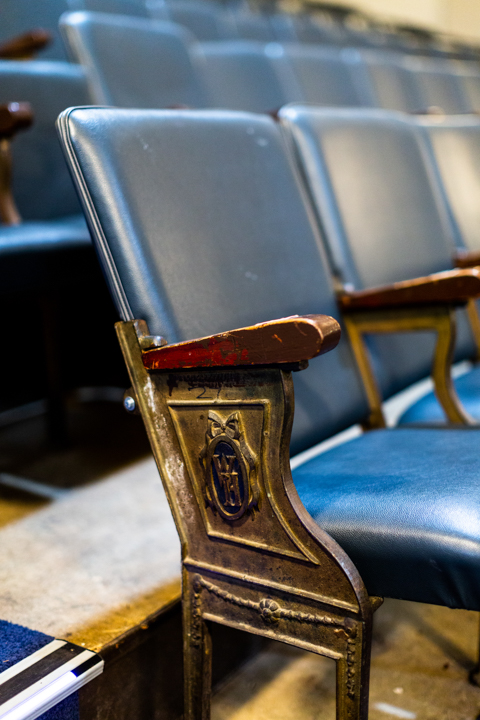 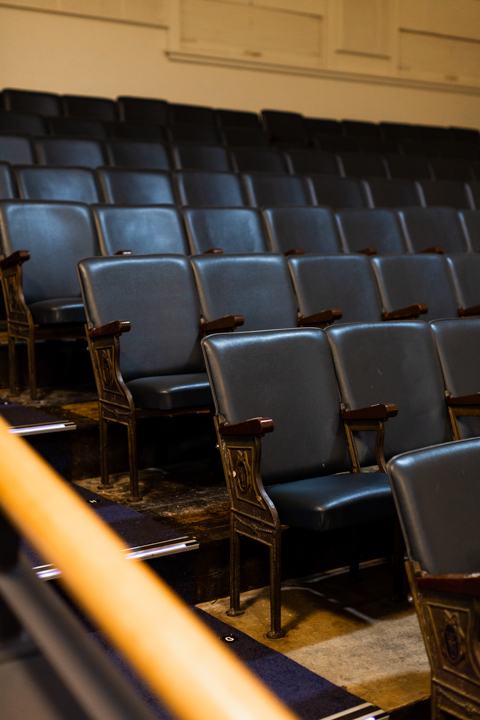 The first event in Woodville Town Hall’s own programming will be AltFest, held on Saturday, 29 June.

Big Shed Brewing Co. are on board to provide food and booze, making for a guaranteed good time across the board.

“It’s exciting because it’s alternative music with a twist – it’s got that original raw rock, but it’s also got that pop mixed in, so I think it’s bringing the best of current original music with the diversity of faces on stage,” Deanna says.

Further details on future programming will be released in May, with live music and comedy set to be major features.

Much care has been applied to Woodville Town Hall’s refurbishment – from upgraded lighting and sound systems, to the beautiful and considered wayfinding signage, with more upgrades to come – and its bound to soon become one of Adelaide’s most iconic live music rooms.