When a new pub saves an old bar from ORAH

The Jolly Bar was a staff-only bar on the Old Royal Adelaide Hospital campus that wasn't welcome at the new hospital. But now it's found a new home, and a new public-is-welcome admissions policy, at the West Oak Hotel. 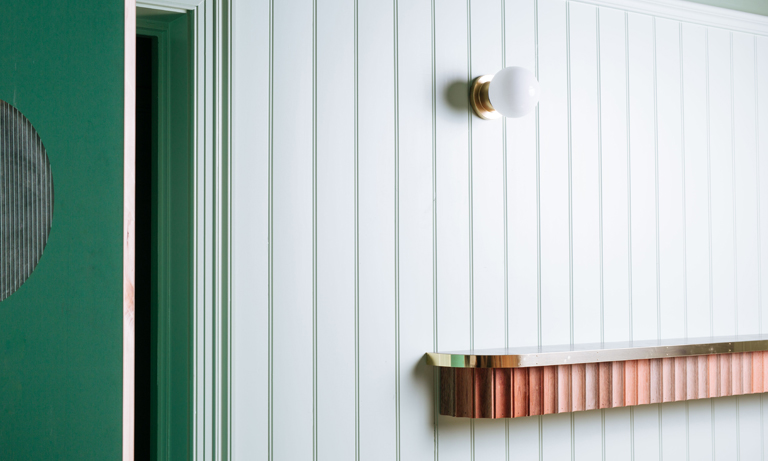 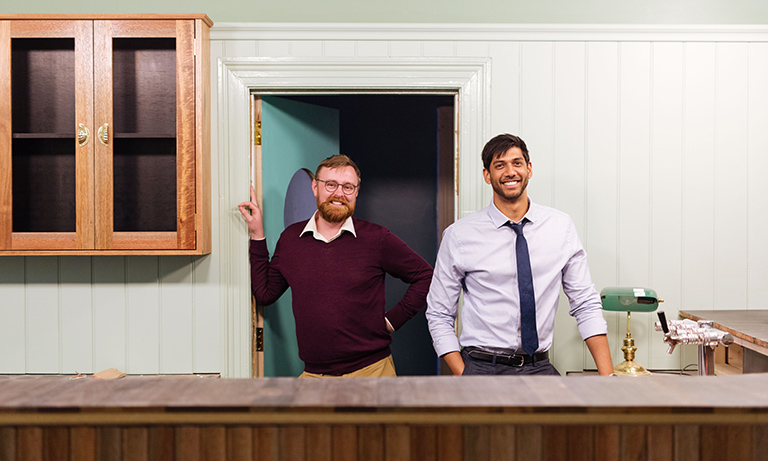 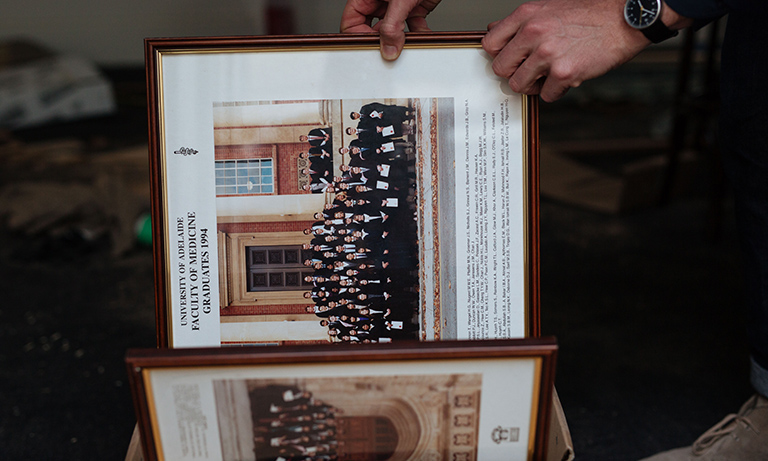 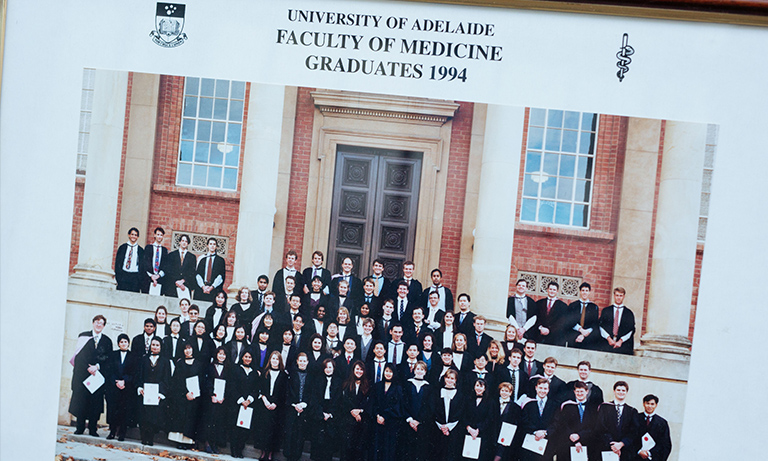 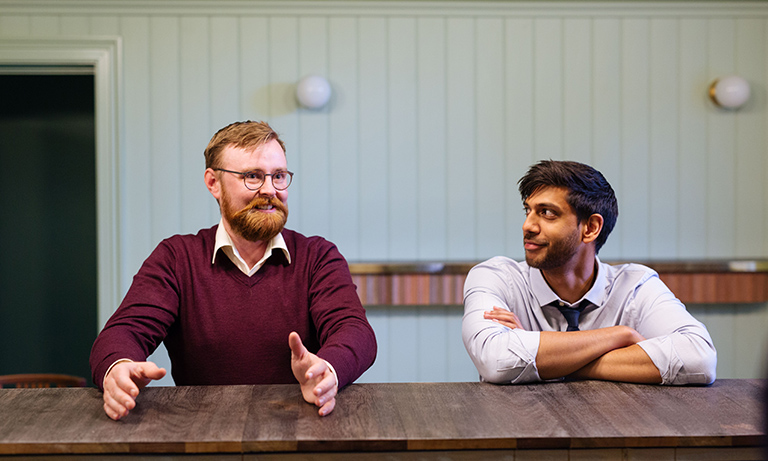 The West Oak Hotel is still a construction site when we enter—awkwardly—in the middle of The Advertiser’s photo shoot of the new owners of the old Worldsend Hotel.

West Oak Hotel is now open for coffee from 7.30am Mon-Sat and for drink service on the same days. Food service will commence soon.
The Jolly Bar is not yet open, but will be installed with its memorabilia from the old site, as well as some additions and will have a standing end-of-week invite for all those associated with health and medicine in South Australia: upstairs at 208 Hindley Street, Adelaide South Australia 5000

The hot ears you get in such situations were kept cool however, because we weren’t here to speak with the amazing group who’ve done a butterfly-like transformation of the rundown West End icon. We’re here for another story – that of two surgeons from the Old Royal Adelaide Hospital (ORAH) who managed to save a cultural icon from being wiped out in the transition to the new hospital.

The Jolly Bar was like an exclusive club for doctors and surgeons at ORAH. Its aesthetic resembled an RSL – with framed photos of graduating classes of doctors hanging on the walls along with a large wooden plaque inscribed with the names of past presidents of the Resident Medical Officers (RMO) Association, dating back to 1962.

Amaran Parasuramar – current president of the RMO Association – laughs when we suggest Jolly Bar sounds a lot like a speakeasy for surgeons.

M. Jolly, for whom the bar is named, was president of the RMO Association in 1974

“Basically – you went through the doctor’s lounge and out the back, you wouldn’t really expect it, but there’s this door that opens up and there was a room with a bar and a big fridge,” he says. “And all our memorabilia was on the wall and it was started about 40 years ago, named after a guy called Mark Jolly. Mark was a surgical registrar who passed away in a car accident. It was named Jolly Bar after that.”

But the old speakeasy couldn’t live on at the new hospital and many doctors, consultants and staff lamented its potential demise.

Co-owner of West Oak Hotel, Patrick Coghlan was one such doctor at ORAH (and currently NRAH) who saw more to the Jolly Bar than a fridge full of beer. Pat quickly convinced his fellow West Oak owners to make a space in the venue for the decades of culture that had accumulated in and around ORAH’s secret bar.

“We were really worried that we were going to lose that culture,” says Amaran, “but Pat’s been a really good advocate for us with the [owners of West Oak Hotel] and they’ve all agreed to keep the tradition going here, which is really good.”

The bar now lives on upstairs in the completely refurbished and re-imagined West Oak Hotel.

It will be open to the public but, Pat and Amaran hope it will become a beacon for health and medical professionals from the area because, more than good times, Jolly Bar served hospital staff as a release valve for the pressures associated with working in life-and-death situations.

“I think we’ve got a bit of a culture of over-work and fatigue in the medical field,” says Amaran.

“Pat and I have been made aware of stories of mental health and a few suicides because people haven’t really been decompressing and leading to people taking problems home with them. So I think it’s a good thing that we have [Jolly Bar], this culture of providing a shoulder to lean on and a bit of advice you can get from your seniors and so on.”

Pat is nodding. This year the medical profession had to face up to the real and present danger of doctor suicide.

“People in our industry have come to harm because of fatigue and emotional stress,” says Pat.

“I’ve seen it in really close colleagues. It’s personal. I’ve lost friends and mentors to suicide over the last couple of years. It’s a real phenomena and I don’t know how it comes across when you write these things but without being cheesy, we’d like people to see this [Jolly Bar] as a beacon. This isn’t all going to be about putting on a brave face, it’s going to be a space where people can come and be honest.”

It’s 421 steps door-to-door from the New RAH to West Oak Hotel and just a few more up the stairs to the Jolly Bar. Pat knows this because he’s counted them.

“It feels like it’s just walking / stumbling distance. And I mean that in the best possible sense of the word – in terms of fatigue,” says Pat. “You really do have weeks on call where people do upwards of 60-70 hours and I think those traditions and that culture is changing but it’s still physically, mentally, and emotionally a high-stress thing.”

But Jolly’s won’t just be full of stressed-out surgeons. In fact, a lot of what Pat and Amaran hope for the new iteration of the ORAH’s bar is a much more casual and convivial space where health professionals and public-alike can mix and relate.

Pat likes to remember that everyone in Adelaide is a potential patient of the Royal Adelaide Hospital and beyond the science of medicine, a pub is a great place to practice what he calls the “art” of medicine – how to relate to and work with the public.

And on the flip side of that sentiment, the Jolly Bar upstairs at West Oak Hotel is a chance for us to say thanks to the literal life-savers in our midst and – in that age-old Australian tradition – shout them a well-deserved drink at the bar.