Nicolás Jaar, Bliss Signal, and DJ Lag, the self-proclaimed king of Gqom - a genre of club music sprouting out of Durban, South Africa - have joined the stacked 2018 Unsound Adelaide lineup.

For a festival that shrugs at the concept of ‘headline’ acts, Unsound Adelaide’s second lineup announcement, released late last week, adds another big fish to its experimental pond, with New York-based Nicolás Jaar joining the 2018 roster of artists.

Announced alongside Nicolás Jaar last week is Mun Sing, the solo project of Bristol-based Harry Wright (also performing as one half of Giant Swan); Bliss Signal, the black metal noise and club collaboration between Mumdance and WIFE; and the self-proclaimed King of Gqom, DJ Lag.

The announcement adds to an already stacked lineup with a diverse range of highlights, including Eartheater, who performed at Unsound’s homebase event in Krakow this year; Yves Tumor, the enigmatic artist who has recently supported Blood Orange; and the confronting and bloody Death Grips collaborator, Lucas Abela. 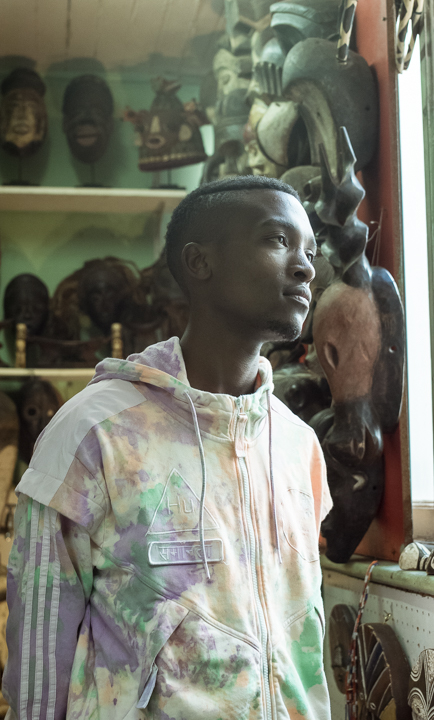 “Hand on my heart, these festivals are the most exciting things I put on, because we just have access to this extraordinary high quality and range of work that is absolutely categorically the best of what’s coming,” Unsound Adelaide’s co-artistic director David Sefton, says.

“We’ve only got one tried and trusted [act] – Ben Frost is the only return artist in there, but he played the very, very first one and has not actually been in South Australia since. But apart from that, every single one of those artists is new to us, and in a lot of cases Australia.”

The 2018 iteration of the festival, happening on 14 and 15 December, will be the festival’s sixth edition, and the second since leaving the Adelaide Festival and becoming a standalone event.

Such long-term success in a town renowned for being a promoter’s worst nightmare (Land of the Last Minute Ticket that we are) is testament to Unsound’s 15 years of daring curation across the world, offering gourmands of new and interesting sounds and experiences an event that never compromises.

“One great example of an artist where there’s a risk taken, I suppose, is… DJ Lag,” Mat says.

“Gqom is a genre of club music coming out of Durban in South Africa, which is really getting more and more popular in Europe, but I don’t think there have been any Gqom artists in Australia before.

“We could put a techno artist in there who more people in Australia might know, but it’s probably a less interesting choice than bringing DJ Lag for the first time.”

In its second year as a standalone event, Unsound Adelaide will also return to its original venue, the Queen’s Theatre – a hallowed room according to Mat, who likens the space to those the festival was formed in in Kraków, Poland. Unsound has also teamed up with East End institution Sugar as its official club venue.

“It felt this year that it would be good to have somewhere where there was club history in town – the right kind of club history,” David says.

“Even thought it’s probably small – it’s almost sold out already – the fact is it’s kind of putting it into the heartland of historic club culture of this town.”

To see the full lineup of artists and to purchase tickets head to the Unsound Adelaide website, and keep an eye out for the announcement of the festivals discourse program of talks and panel discussions with the artists in the coming weeks.