Director of the Vegan Festival Adelaide, Lea McBride, is calling for submissions for the Southern Hemisphere’s first plant-based film festival next year. 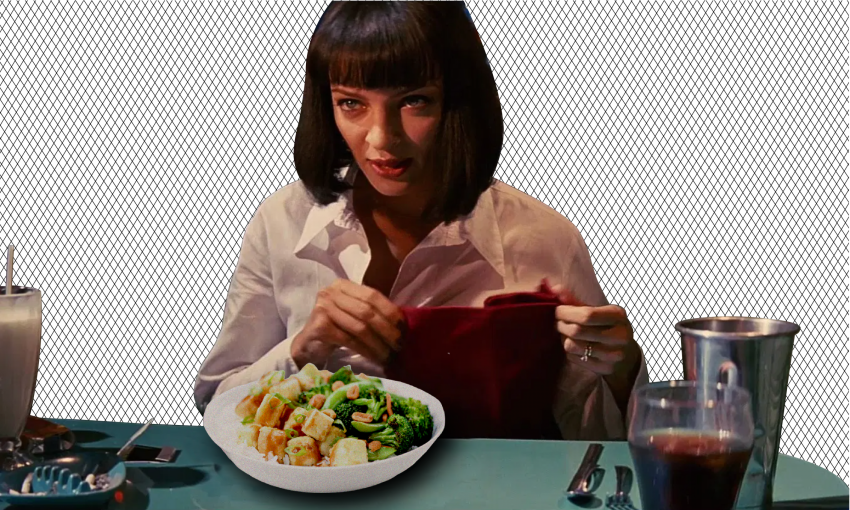 “People should get creative and not just send in documentaries – we’d love to see other genres. We just want people to use their imaginations when spreading the vegan message.”

Visit the Vegan Film Festival website for more information on how to submit your film.

The Vegan Film Festival is a two-day event, spanning 28—29 May next year, created with the aim of promoting a meat- and dairy-free lifestyle through cinema, from filmmakers of all stripes – amateur through to auteur.

Palace Nova Eastend Cinema’s will roll out a “green carpet” and screen anything from one-minute shorts to 40-minute features exploring work across three categories: animals, climate action, and health, lifestyle and food.

Applicants have until February 2021 to submit their work, which will be assessed by a panel of judges.

“We actually have a number of submissions already, some of which are international.

“We have one of our local filmmakers, Elle, who is actually working on an animation-based film for the festival, which we just can’t wait to see.”

While even mainstream audiences are acquainted with crossover documentaries like Dominion, which critiques the systems sustaining the animal agricultural industry, some may not be aware of mockumentaries such as Carnage, by British comedian Simon Amstell, which, through the comedian’s trademark quips, cleverly raises questions about what makes up a conventional diet.

Lea says the Vegan Film Festival is a good chance for vegans to celebrate plant-based films, but it’s also an opportunity to expose the v-curious to “the message”.

“We really want the wider community, that keep hearing the word [vegan] everywhere, who ask ‘What does it really mean?’ to have a look at what’s going on,” Lea says.

“We’d like them to come along and actually see what all the fuss is about – why we’re so strong on trying to make a vegan world.”

But the festival isn’t just an arm of the meat- and dairy-free propaganda machine, Lea says. All documentaries will be fact-checked, and entries critiquing plant-based diets will be considered.

“We’d be really open to that because it’s good to see people’s perspectives,” she says.

“But now is just the perfect time to get people to think differently.”

Promoting alternatives to the mainstream consumption of meat is important now more than ever, Lea says, as our current global pandemic has exposed flaws in how people acquire and consume meat, leading to fatal consequences.

COVID-19 aside, there are mountains of information available to consumers illustrating how much devastation consuming meat and dairy en masse wreaks on the environment.

The festival will not only work to convince its on-the-fence attendees through film, but also through flavour.

“We haven’t confirmed our caterers yet for the Vegan Film Festival, but there will be a number of very popular local Adelaide vegan food eateries coming on board with us,” Lea says.

“We’re hoping to utilise that section in the laneway in the lead up to Palace Nova, and on the cocktail evening on the Friday night, we’ll have some fantastic vegan finger foods there.

“We will have some Q&A sessions with filmmakers, too.”

For those looking for their plant-based fix before then, another of Lea’s plant-based initiatives, the two-day food event Vegan Festival, is scheduled for this October.

While the 2020 edition’s list of food vendors is still under wraps, Sea Shepard Australia is on the bill to talk to kids about how to preserve the ocean, and athlete Morgan Mitchell from the documentary The Game Changers will offer insight on the health panel.

Local author Zacchary Bird will also speak about his book Vegan Junk Food, which is “taking the vegan community by storm,” Lea says.

For more information on the Vegan Film Festival, see the website.