With live music still not deemed safe in all circumstances, the people of Adelaide’s music scene have had to find new ways to express their love of their industry. 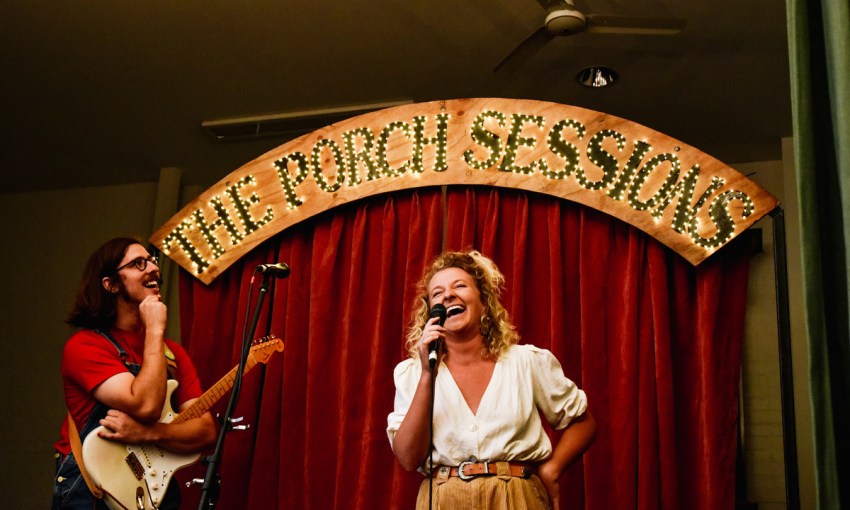 If you asked live music organisers, Sharni Honor, Alex Karatassa and Alice Fraser what they needed in the pre-pandemic era, they would’ve said more time.

An extra few hours to balance their life on the road managing bands like King Gizzard & the Lizard Wizard; another week to coordinate a travelling backyard music festival; an extra day or two to organise 60-plus live shows and club nights across Australia.

But when borders and venues closed and the mass gathering of humans was banned, they were instead presented with the possibility of these activities, and their livelihoods, disappearing.

The live music industry has still not found its footing since COVID hit, so CityMag reached out to Sharni, Alex and Alice to hear more about their experience living and working in the first industry to close and the last to reopen. 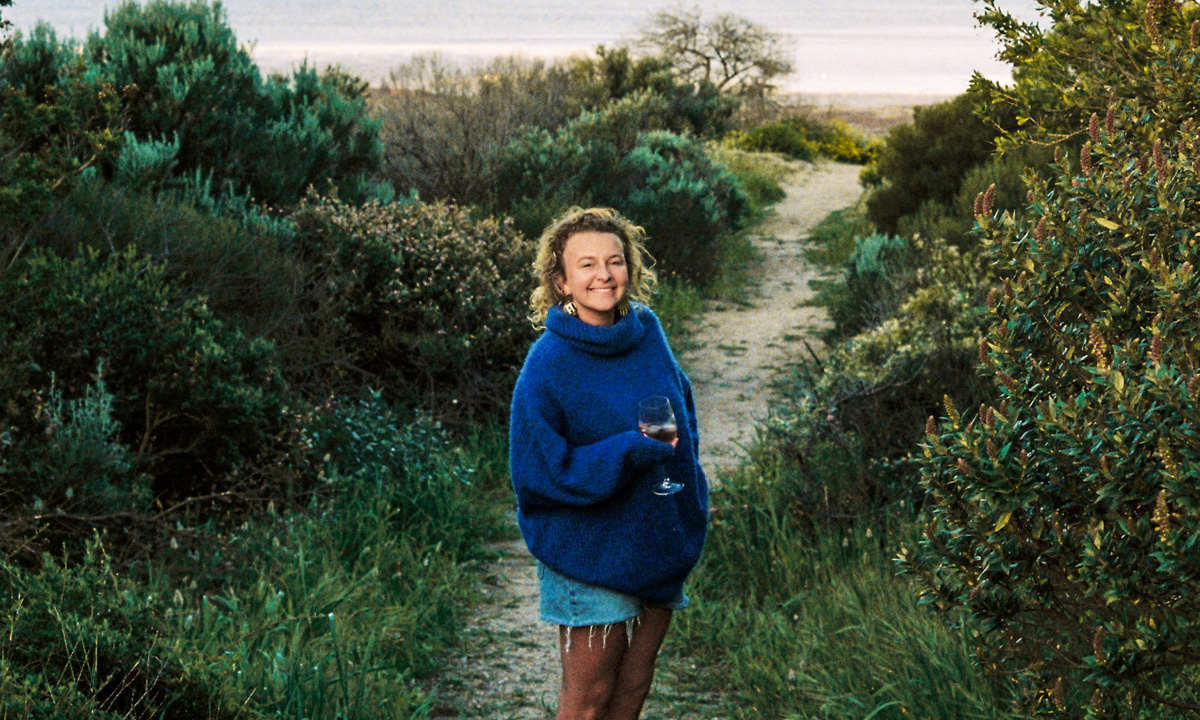 Within three days of the pandemic taking full fruition, we’d cancelled around 15 shows of The Porch Sessions, closed our doors at our creative space, Summertown Studio, and made plans toward cancelling our 2,000-cap festival in November, Porchland.

Within an instant, everything you contribute to the world was cancelled, with no timeline to when it could possibly return or if it even would. It was like the rug being ripped out from underneath you overnight.

I guess the biggest questions that have come up for me all surround identity. What we contribute is a huge part of who we are, and without it, began this arduous process of rediscovery, working out one’s place in the world. What that looks like. What it is that I have to offer. What it is that I do.

It’s been nice to slowly re-emerge socially and see other crew that are in similar boats, particularly in the music industry. I feel like there’s always been this incredible kindred undertone between people who work in music, but now I feel that more so than ever.

I feel like the biggest thing we all have in common, is the personal attachment to our professional output. I think with other professions it’s easy to kind of distance yourself somewhat, but I know personally everything that I put out, whether it’s booking a show, selecting a record, or even sending a bloody email, is like a little tiny piece of me in some way, shape or form. I know a lot of other people in music and the creative industries feel alike in that realm.

I think I’ve missed the people the most. I feel like a lot of us are in similar boats where our professional output and our friendships are very much intertwined with what we do. Naturally, we’re with each other all the time, checking in and being in each other’s lives. I think all of us lost that instantly, and I know for me, that has taken a while to work out what has been missing.

Early days, I was trying to twist all of these questions and doubts into motivation, desperate to not lose momentum. I jumped headfirst into refining practices, rebuilding the website, invigorating the systems, cleaning the workshop, those kinds of things. But then I allowed myself to let it go. It was exhausting, trying to keep my head above water, trying to be okay all the time. And finally I gave in, put the tools down, and really took a huge step back from ‘trying’. I got in the garden, cleaned the shed, took a YouTube course in how to play Latin guitar. Those kinds of things.

It was actually in this time that new ideas came to the surface. The time when I let myself go, took the pressure off and stepped away. This was the time I was most creative. 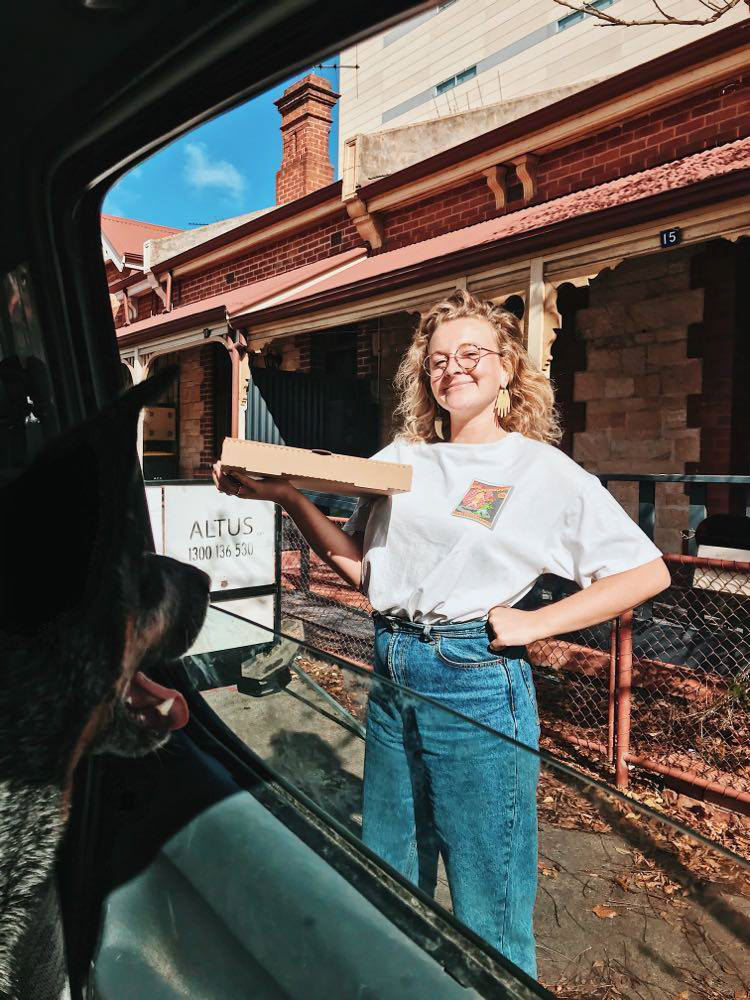 Porch Records: Hot wax delivered to your door in a pizza box

And in so doing that was when the idea of Porch Records kind of came into fruition. We started a record store, online through Porch Sessions, and we spent part of our lockdown delivering people records in pizza boxes, all around Adelaide and beyond. And now this concept is as strong as ever, it’s become a physical record store at Summertown Studio as well, an idea that sits perfectly alongside Porch Sessions for when that hopefully returns at some point.

Around a similar time that this began, myself and Jack Fenby started this fun little project called Big South Radio. We started to make weekly playlists on Spotify every Saturday morning and Jack would do these incredible graphics and illustrations for it, and that was 25 weeks ago. We’ve kept it up every week since.

The best thing about both of these projects is they happened without force, without pressure, and both exist on the one ethos that is centric to anything I’ve ever done, and that is the discovery of new and incredible music. Now that it’s not within reach for me every day, I think the realisation of this very fact is paramount for me, and my involvement in music moving forward. This is a pretty rare opportunity to get, to have your life on hold, and time to think about your output, what makes you happy, what you want to spend your time creating. The biggest lesson I’ve taken from this time, and in turn, the creation of Porch Records and Big South Radio, is that my love for music is still above all else. 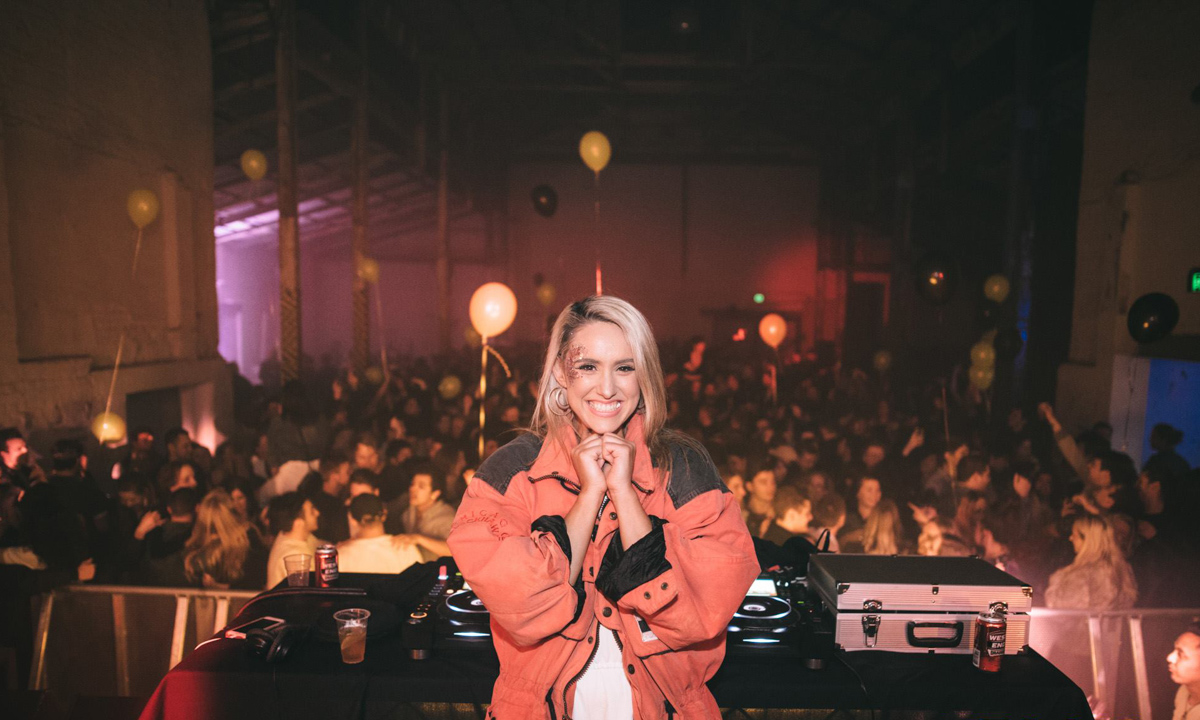 It is one giant bummer that all three areas of my work have been drastically affected by COVID – the music festivals are postponed, the bands are unable to tour and the nightclubs are closed!

The hardest thing was having to throw my expectations for 2020 into the trash and then being unable to create any new expectations, as there was only the unknown. Back in March, I had the whole year planned and I remember cancelling 60-plus shows across Australia and postponing them all to May.

I was scared and felt helpless and useless. However, as each day of isolation passed, I began to enjoy the leisurely version of my new life and it made me realise I was probably going a little too fast. I’m not sure how I was coping with such a heavy workload pre-March and I’m certain that I would have experienced a pretty bad burnout if COVID hadn’t come along to slow me down – a small silver lining.

This less hectic work schedule allowed me to spend more time connecting with the local music community and listening to others share their experiences during lockdown. Eventually we all realised that this would be the new norm for us, and instead of mourning the world that we once had, I was motivated and inspired by a lot of other managers and artists to adapt and find creative ways to carry on.

Now, instead of moshing at hardcore gigs, we run seated shows and livestreams; instead of nightclubs, we run small bars and music-themed quiz nights; and instead of relentless touring, the bands are spending real quality time together writing new music.

This won’t be forever, and obviously the hope is that we will one day return to frolicking unrestricted at outdoor music festivals, but in the meantime we’ll continue to adapt and work on innovative ways to keep the music alive. 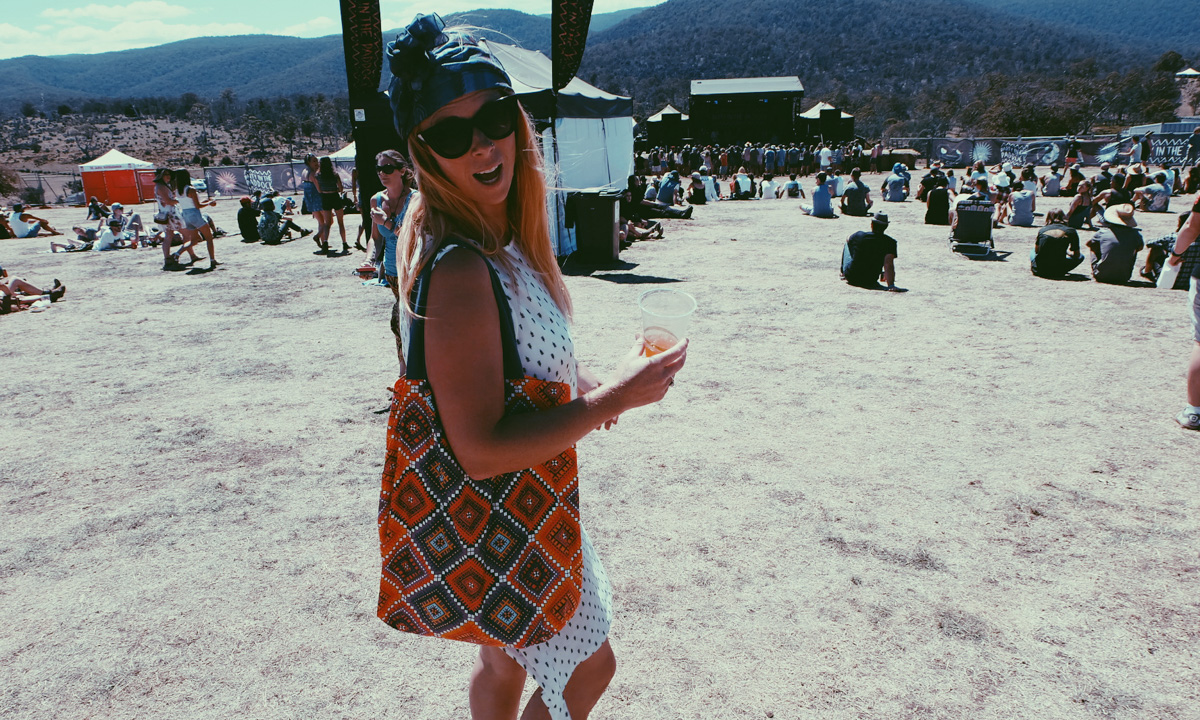 After a massive end to 2019 with King Gizzard tours through the USA, Europe and the UK, I started 2020 touring on Laneway Festival, before moving to Las Vegas with Tame Impala to build and rehearse a show that was going to see out the release of The Slow Rush and be toured around the world for the next few years.

We were only a handful of dates into the USA/South American run in mid-March, where one day we went from being onstage at The Forum in LA, to the next, where we were sitting on a flight home, masks on, sanitiser in our pockets, with little to no idea when we’d see each other again, nor understand just how large an impact COVID-19 would go on to have on the live touring industry, and obviously the world.

In Adelaide people were losing their minds about toilet paper. In the USA, the lines were bigger for gun stores than they were for Walmart. I was very thankful to be back on Australian soil.

I watched the dream I had been working towards for the last 10 years crumble in less than 24 hours flat. It honestly felt like I entered this immediate stage of grief where I began intensely mourning my career and identity.

I suddenly couldn’t do something that I love, work in a job that shapes every part of me, one that I’ve worked tirelessly toward and, in essence, is who I am – socially, physically and psychologically. As someone who’s usually pretty in control of what’s happening on any day, I was thrust into this experience that was completely and utterly out of my control and this was really hard at the start.

In 2019, I was touring so often I bought duplicate suitcases with the same contents and rotated them between tours as I had less than 30 nights home in the whole year. In 2020, I have really missed planes, airports, Ubers and tour buses. I have spent most of iso on an Angus Beef farm in the Victorian snowfields with my boyfriend, experiencing my first proper winter in 8 years, then self-committed to a winter recovery over with my brother on the Eyre Peninsula catching whiting and squid, have learnt how to cook, become an Audiobook tragic, and I’m sleeping from 10pm-7am every night. It’s a very wholesome stretch of R&R.

The world isn’t going to be the same as what it was for many years and it’s important to remember that. I began channelling my daily productivity into my relationship, family and friends, where having time off the road to relish and celebrate these people in my life has been the ultimate silver lining.

Also, at the ripe ol’ age of 32, I went to the optometrist for the first time where I discovered I was actually really blind and squealed when I was shown what an actual airport departure board looks like. It’s a surprise I’ve only ever missed one flight in my life (shout out to New Orleans).