The making of Haus of Kong and its Kween

Thomas Fonua tours the world as an Australian Dance Theatre company lead performer, and also manages Haus of Kong - a drag collective changing the lives of its young recruits on and off the stage. 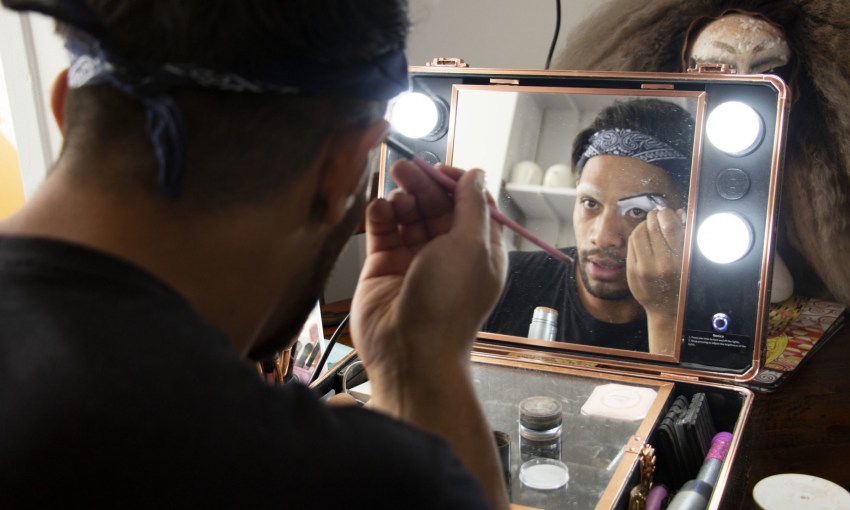 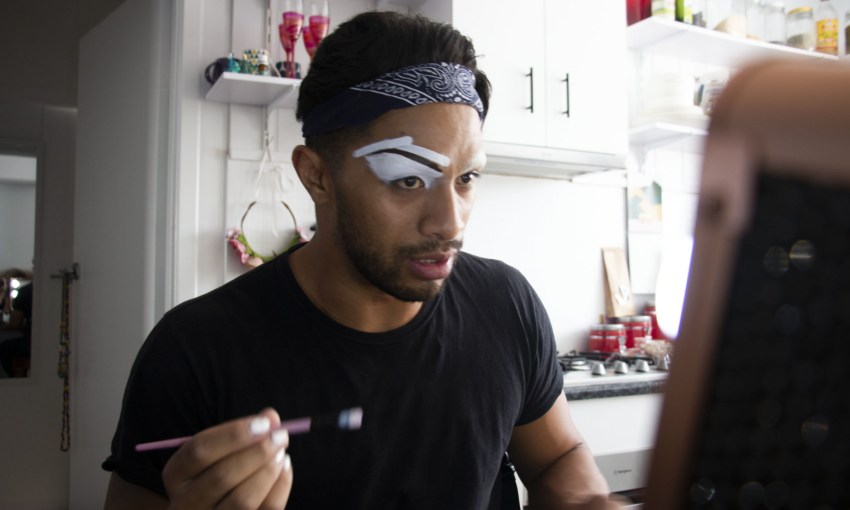 Most of Haus of Kong’s nine queer members – or “drag babies”, as drag mother and founder Thomas Fonua, aka Kween Kong, puts it – were kicked out of home when they came out as queer to their families. Some turned to sex work.

Thomas can’t count how many times he’s scooped his young friends off the pavement in Adelaide, bloodied and beaten by clients.

Haus of Kong is participating in the opening of Diverse-City, a new queer-safe space opening on Grote Street.
7pm ’til 3am Saturday, 1 August
More info

“They think that’s their only option,” Thomas explains, “because they’ve been conditioned to only go as far as where their parents believed them to go.”

Haus of Kong has been a collective for six years, and formally a business for the last two.

It’s reminiscent of the drag houses originating in New York – immortalised in documentaries like Paris is Burning and The Queen – offering family and community to people after their being exiled from the communities they were born into because of their LGBTQI+ status.

The aim of Adelaide’s Haus of Kong is to create work opportunities for its queer members, all currently aged between 16 and 21, through drag performances at Rhino Room and Sparkke at the Whitmore, and by connecting members to friends in the community who can help.

In essence, it’s about creating a family that cares for these kids, Thomas says.

“The thing is, about these events, if I bring [someone’s struggles] up on the mic, someone will say, ‘I run this shop, they can come in and do a couple of shifts, just to get them on their feet,” Thomas says.

“Once they started earning money an honest way and actually paying taxes, and all these little things that you don’t really necessarily think about, that started giving them more value. And then you’d see their confidence getting lifted.

“But it’s also a literal family. When they need things, I’m there. If they need help with anything, I’m there.

“It’s more about creating safe spaces for these people while they’re going through their formative years figuring out their sexuality, or going, ‘I am queer. My family don’t love me.'” 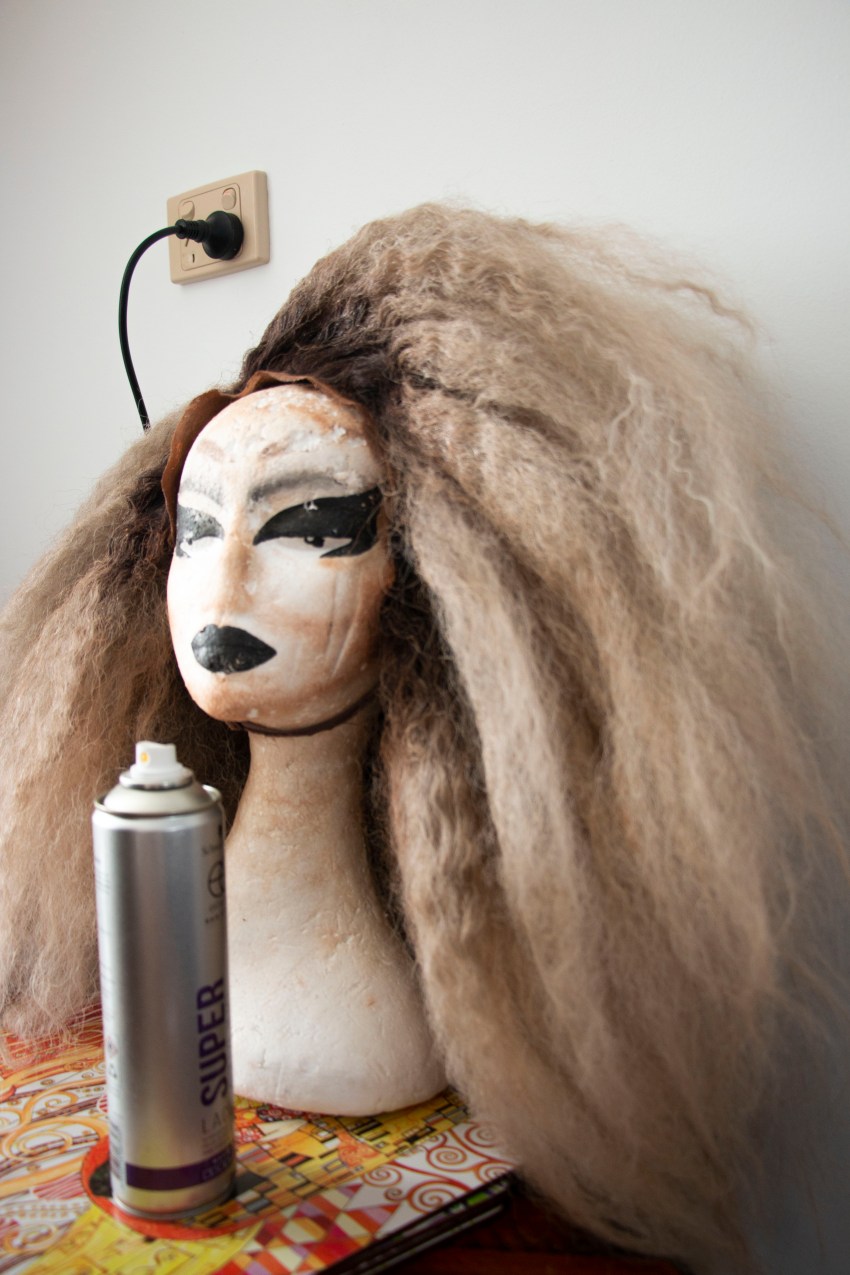 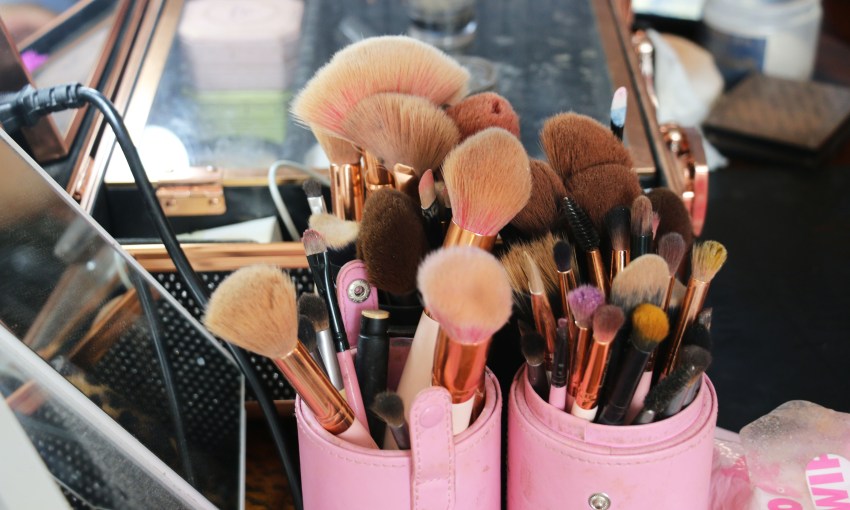 Born in New Zealand, Thomas is of Tongan and Samoan heritage, keeps a tidy bookshelf in his home by the beach, and describes his character as a “definite mother”.

He is known on stage as the buxom drag queen Kween Kong, and often performs to pop-culture tracks like Nicki Minaj’s ‘Roman’s Revenge’ with big hair and razor-sharp bops.

The Kween Kong persona is a combination of all the important women in Thomas’ life, who he says taught him how to be a man.

“The reason I say they taught me how to be a man is… it’s a representation thing,” Thomas explains, while dabbing glue to his eyebrows ahead of a performance later that day.

“Growing up, I was conscious that I was different because I am very feminine.

“My dad migrated [from Tonga] when he was a child, to New Zealand, and his father was a talking chief in our village in the islands, which is well-regarded. When he moved to New Zealand, he started immediately experiencing the mistreatment and the judgment from Western society.

“That sort of shift from status, where he was obviously being treated badly, made him feel angry, [and] he’d come home take it out on his kids and create a cycle of anger.

“My aunties encouraged me to express and share my feelings; to cry rather than hold – which is something that my dad did, and most men in my family and people in my culture do, they hold.”

Thomas was first exposed to drag culture and notions of gender-bending through his family. He says he had fa’afafine relatives (Samoan boys who are raised and identify as female), and this energy of femininity allowed him to reflect on himself.

In Thomas’ late teens, he made friends with the drag queens in Auckland. He says they were his “fairy godmothers”.

“They just really hold space for people, and it was around their energy I started becoming a lot more comfortable with myself,” he says.

Around this time, Thomas was also developing as a performer. He learnt ballet from the age of seven, but at 16 was offered a two-year apprenticeship at dance company Black Grace.

This quickly led to a full-time job, and Thomas toured through Europe, Asia and North America with the company.

He immigrated to Sydney a couple of years later, but something didn’t click.

So, when a representative from Australian Dance Theatre, located in Adelaide, headhunted him in 2014, he took the opportunity for a change. 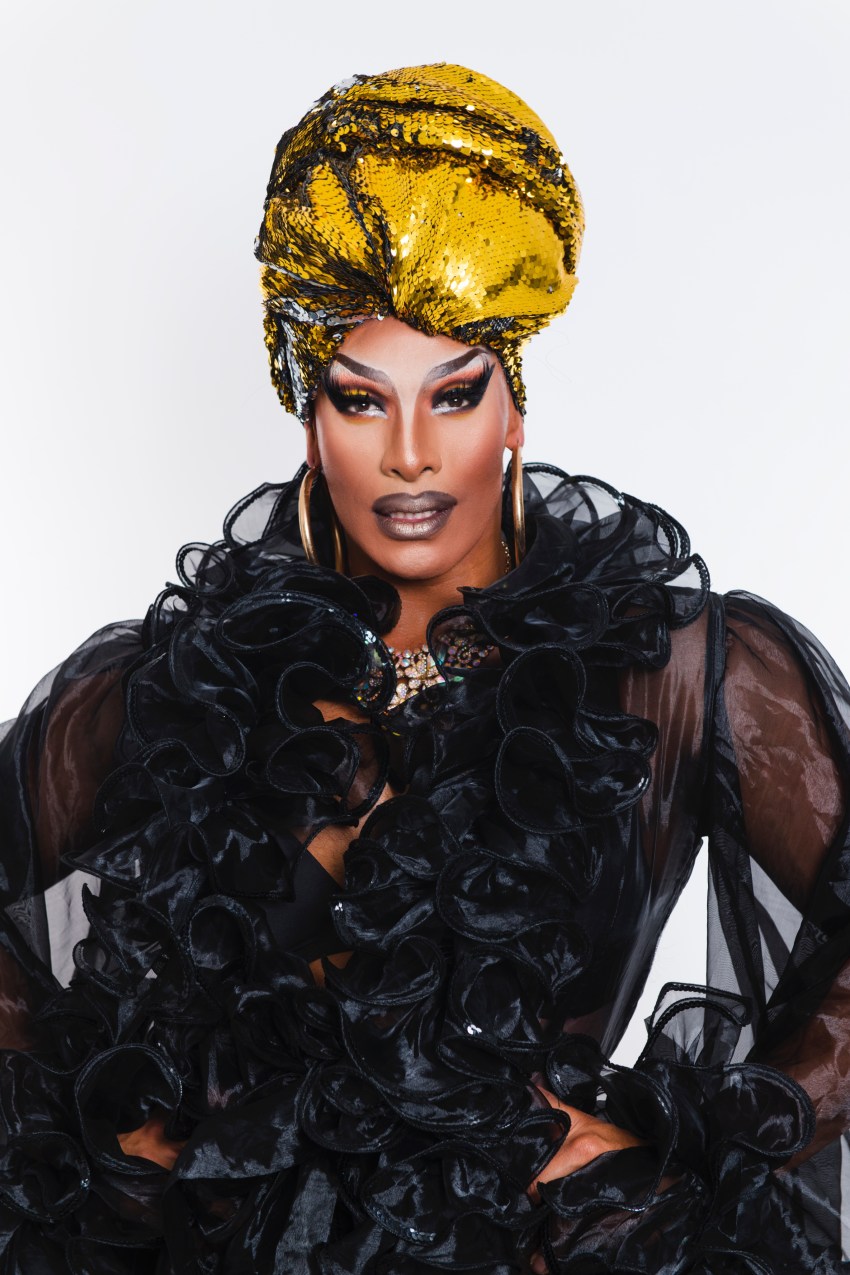 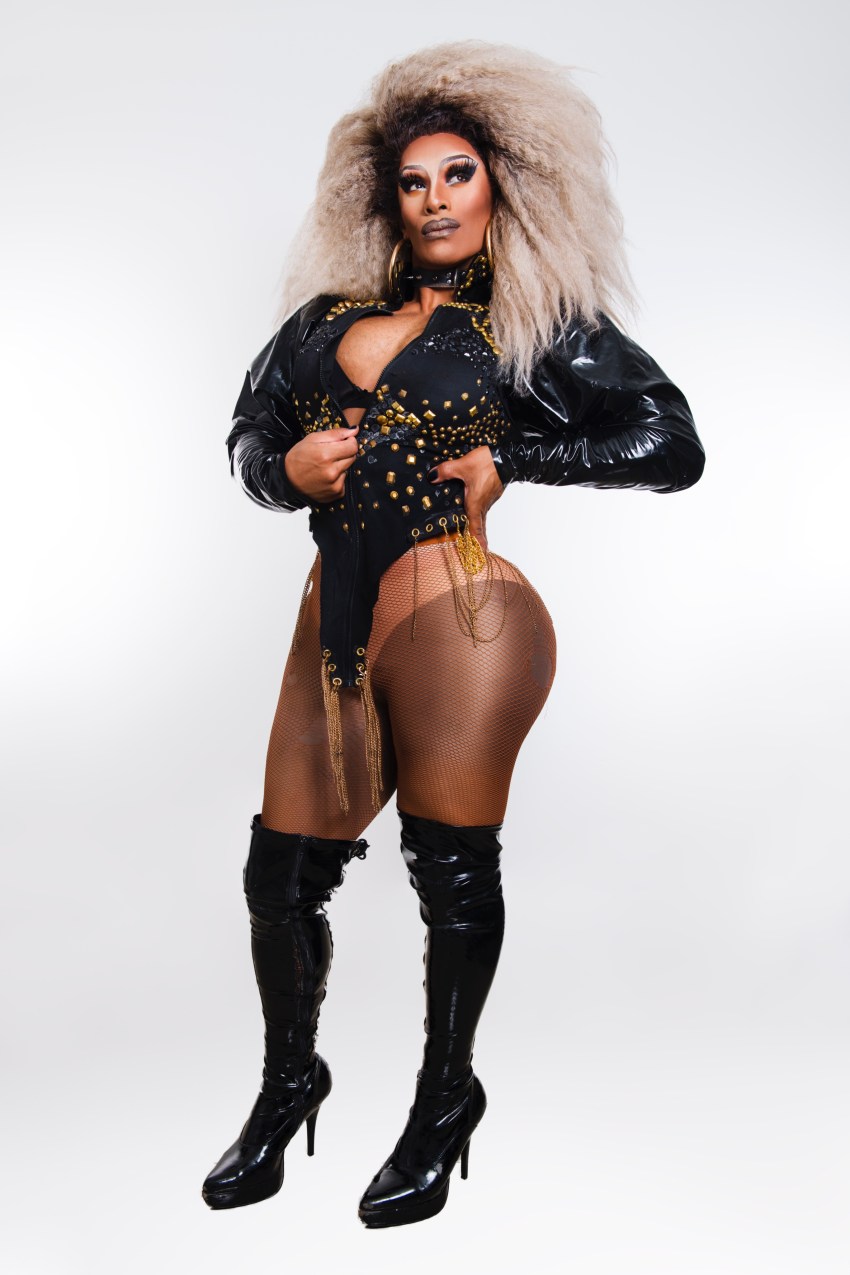 Thomas has been with the company for six years as a dancer and choreographer, but in 2016 he felt a desire to expand his artistry.

His first drag performance was at the Producer’s Bar in 2016, and it was exhilarating, he says, because he felt embarrassed.

His dancing chops carried him through the performance, but he knew there was room for improvement.

“I looked horrible, but it really reminded me why I started dancing in the first place. Because it’s fun, but also because I was embarrassed.

“The last time I felt embarrassed was living at home with my father, being around somebody that I was conscious of. But because I wanted to get better, and try something new, it stuck.

“It was just something to give me a refresh.”

Since Thomas was 16, he’s been able to work to make things happen for himself. It is because of this experience he cares so much about providing opportunities for his Haus of Kong babies.

“We’ve managed to clean them up. Two of them got into university this year, which is great, and some now work at Sephora,” Thomas says.

“I tell my nine babies to imagine the day they don’t need me anymore: You learned as much as you can, and you guys are able to go away and do what you want to do, and then you might create your own drag houses. That’s nine of you,” he says.

“Maybe you’ll take nine babies in your house again and you can see what happens to our community.”