The making of COMA’s exquisite corpse

Artistic collaboration across borders or oceans is not unheard of, but COMA’s isolation project, The Exquisite Corpse, was something new for the organisation.

Creative Original Music Adelaide has long championed live performance of originally composed music, but the shutdown of last year left them at a loss for ways to support their artists.

The COMA committee met to discuss ways they could continue to pay artists and keep them artistically engaged, and the idea of an exquisite corpse project came up.

The artmaking format was made popular in the surrealism community and involves an artist making part of a work, concealing most of it, then passing this work to another artist to contribute to with only a small amount of the original work visible to work from.

This has been used in illustration, painting and writing, and COMA saw that is could easily be applied to musical composition.

“This exquisite corpse format really gives the opportunity for artists to work collaboratively, but across time in isolation,” says Keira Simmons, general operations manage at COMA.

“So they’re collaborating with each other on this long-form project, but with the separation of being in their own spaces and working individually.

“It kind of encapsulates the experience of being an artist working alone and collaboratively during the COVID lockdown.” 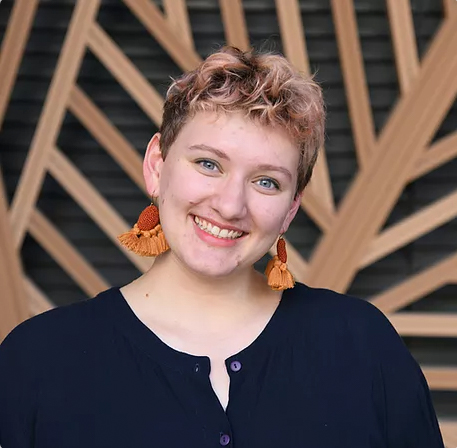 The idea was conceived in May and work began in June, with two artistic chains running in tandem, one kicked off by Alex Taylor and the other by Adam Ritchie.

Works were submitted to Keira, who would cut off the last 20 seconds of the composition and pass this slice along to the next composer.

It was then the next composers’ task to create a work based off that 20-second snippet and attempt to capture as much of the feeling of the previous work as they could glean from the sample.

Jarrad, who is also a mixing and mastering engineer with COMA and works at Wizard Tone Studios, was in charge of stitching the work together and making the entire work sound consistent, regardless of how each piece was recorded.

“Some artists had their own Zoom recorders, some used their own studios or accessed extra tools through Jarrad,” Keira says.

“The project was pitched not only as a creative endeavour, but also as an upskilling endeavour, so giving the artists the opportunity to learn how to record professionally, or to a professional standard, if they didn’t have those skills and would need them.” 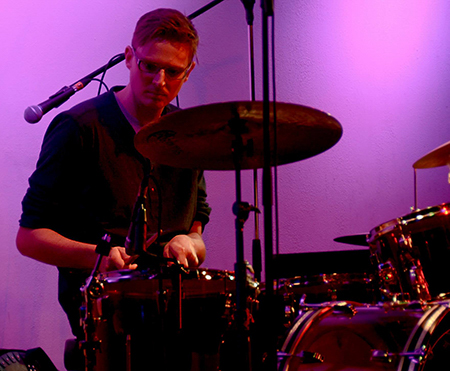 As the pieces were being submitted, Keira noticed the project was bringing out new sides to COMA’s roster of artists.

“Some particular composer submissions did surprise me, because I knew some of their work already and they took a different approach than I was expecting,” she says.

“The sounds I was hearing were from so many different backgrounds and so many different compositional approaches and styles of music, but also they had these through lines that really carried through each piece.”

The full composition will debut at a listening party being hosted at The Wheaty on Monday, 12 July, where some of the artists will also participate in a Q&A session about the project.

“I’m excited to see the artists’ reactions to the full pieces, because they haven’t heard anything except their own little snippet that came before,” Keira says.

“I’m excited to hear it in the Wheaty space as well, because COMA’s renowned for our live music, and this will be a different listening experience, and I’m excited to see what the audience reaction will be, especially to our regular listeners, to that kind of work in the space.”

COMA and the Wheaty have a long history together, with the pub acting as the home base for the musical institution.

Wheaty Brewing Corps will also have a relevant special release beer available at the event – a second version of their Exquisite Corps (a deliberate mispronunciation playing on the fact many people don’t know how to pronounce the brewery’s name).

The original Exquisite Corps beer was a kölsch, but this next version is a session saison that is described as “spicy, citrusy, compact and dry” and which makes use of orange zest.

There will be cans available for purchase, with $2 rom every can sale being matched by the Wheaty and donated to COMA.

COMA’s The Exquisite Corpse listening party will kick off at 7pm at the Wheaty.

For tickets and more information, see the event page.

Taking on the challenge of growth