A photo showcase of some of Adelaide's most iconic buildings by one of the men who helped build them. 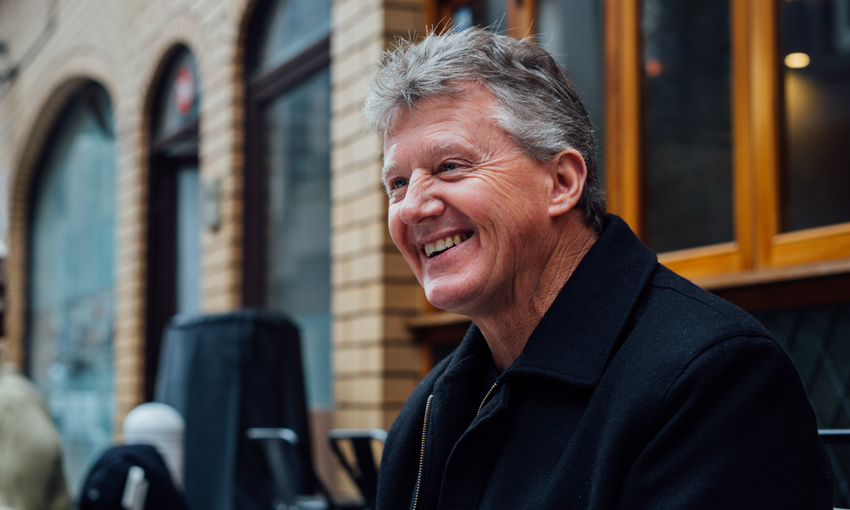 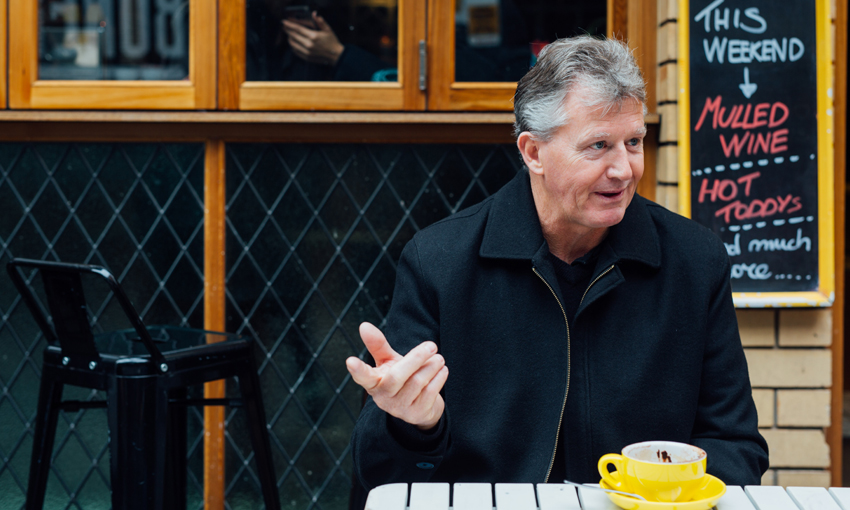 Dave Geelen got into the construction industry by accident, but by the time he left he’d built many of Adelaide’s icons.

Working throughout the ’80s and ’90s as a labourer – particularly in form work and scaffolding – he was part of the first wave of development that took Adelaide from a flat town with buildings of just a few storeys to a city with a more impressive skyline.

Constructing the 31-storey State Bank Building, which still dominates the city view but is now known as Westpac House, is one of his most vivid memories: “We poured concrete right throughout the night and it was just pouring [with rain] the whole time.”

The view from a site on which Dave worked

But there are plenty of others – The Hyatt, which is now The Intercontinental, the Myer Centre, The Stamford Grand at Glenelg and The Renaissance Building in the Mall – his first ever job.

“I worked in hospitality, I worked in a bar in Rundle Mall at the Richmond Hotel,” says Dave. “This company Dolso – their managers used to come in for lunch. We got talking and the guy Emilio, I think his name was, asked me if I would like the job.

“They were doing the John Martin’s carpark…  that whole complex, the Renaissance Building, the bridge [that used to run across Rundle Mall connecting from North to South], part of the Richmond Hotel, the car park, and all the arcades and malls. They’d only just started that job and they were looking for a lot of labourers.”

“It is satisfying to watch a building come out of the ground and finish.”

Although he was just 19 years old, Dave immediately took to the hard work and tough environment of the sites to which Dolso Constructions introduced him.

“I loved it,” he says. “It is satisfying to watch a building come out of the ground and finish. And I’ve worked on so many in Adelaide.”

“From the start when there’s excavators in there and drilling companies drilling piers in to the ground, it was just working in the elements, working in the mud and rain and heat and dust – so you’d go home and you were maybe completely filthy and completely knackered.”

His career as a labourer took him from working with Dolso to working with Hansen Yuncken and Macmahon Holdings. He left the industry at about 35 years of age, when work dried up in Adelaide – but not after a stint working in WA, and several trips overseas funded by what he calls “the very good pay”.

While he’s been working in the freight industry at Adelaide Airport since, his interest in construction remains strong.

The changes on work sites haven’t escaped his attention. While he says unions were just as prominent in his day – “there’s a lot of politics in construction” – he has noticed that technological advancements have changed the job.

“If you go around any building sites, people are sort of doing the same thing, but I’ve noticed things are getting lighter,” he says. “A lot of our form work was really heavy steel… even scaffolding tubes were steel tubes, they were heavy – probably 20-30 kilos. And now it’s aluminium, so these are a lot lighter.”

Danger though, he says, was and still is clearly present. Recalling stories of bobcats teetering on the edge of lift shafts with him aboard and his back giving out several storeys up under the weight of scaffolding, he remains stoic, because “people make mistakes”.

Dave has been keeping an eye on Adelaide’s skyline since his days working construction, and is impressed with the city’s current growth, particularly buildings like SAHMRI and the new Royal Adelaide Hospital. But his eyes are inevitably drawn back to those more familiar edifices.

“Because we live at Glenelg, I’ll be taking the dogs for a walk on the beach every day. I look at the Grand Hotel, and think about how I’ve worked on that,” he says. “It was two years, one of the last large jobs that I did – it meant a lot to me.”