The Baroque and the enduring power of the clown

Britt Plummer and Oliver Nilsson created The Baroque for the simple fun of imbuing a clown with the excesses of the lavish era, but found the character also presented a satirical view of modern society.

Britt, who studied acting at AC Arts and now teaches there, was drawn to clowning for the way performers could make an audience part of the show – a radical notion for an artist used to the fourth-wall separation.

“I always felt like the show was just for me,” she says.

Oliver also had an early interest in acting, but didn’t form a strong connection with the practice until he came across clowning.

The show that won him over was a clown’s rendition of Shakespeare’s Richard III, in his home country of Sweden.

“It was the best thing I’d seen, so I thought, ‘I want to do that’,” Oliver recalls.

Years before they would meet, Britt and Oliver each decided to travel to Paris to study clowning at renowned sister schools: Oliver went to Ecole Jacques Lecoq, and Britt went to Ecole Philippe Gaulier (founded in the 1960s by a former Lecoq pupil).

From their graduations, Britt and Oliver’s oscillations in the global performing world slowly came into synchronicity.

A mutual friend took Britt to one of Oliver’s performances in Europe with his troupe The Latebloomers, but the couple didn’t actually meet until a chance meeting out front of the Exeter during the 2019 Adelaide Fringe.

“It was just one of those Fringe romances: ‘Oh, here’s someone who does the same thing as me,’ and I thought you were really funny and talented,” Britt says.

Through the late-night magic of the Fringe Club (sadly and noticeably absent this year), the two began a long-distance relationship that would see them reuniting at fringe festivals around the world. 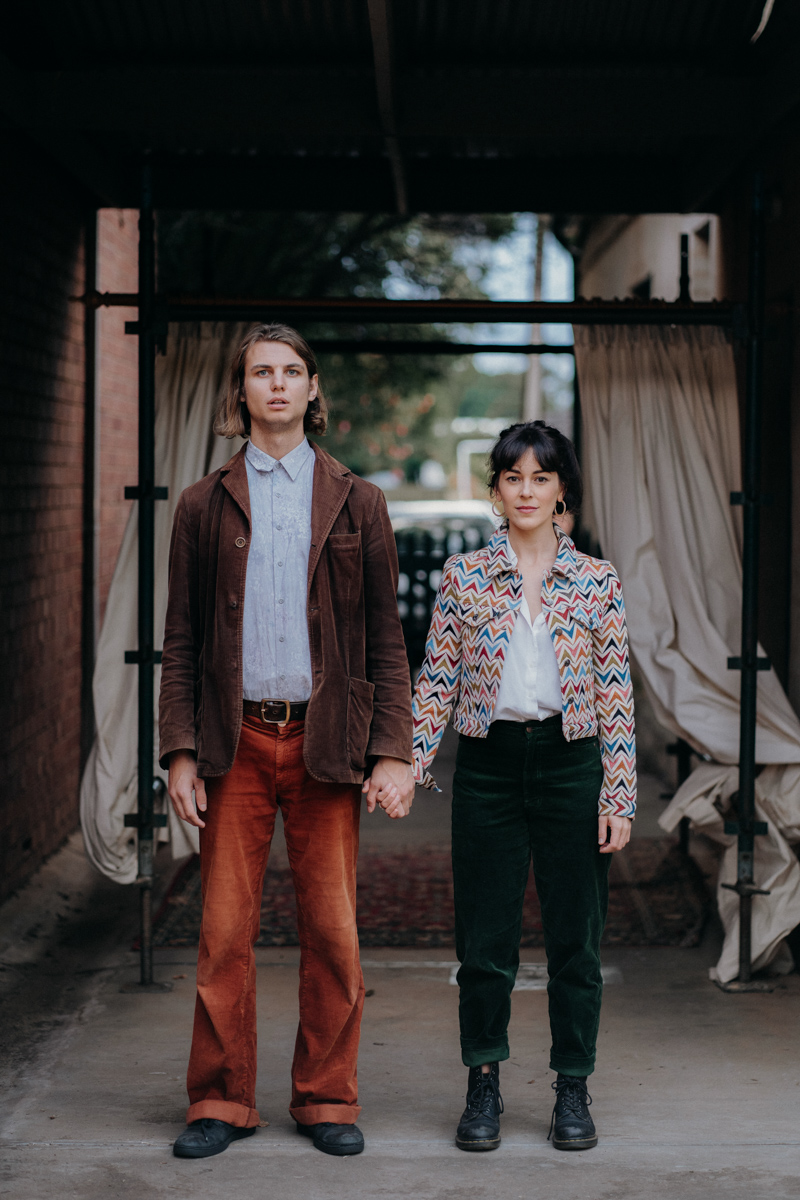 It was while in London, following the 2019 Edinburgh Fringe, the duo started to play around with a new idea: a character who would embody the flamboyant excesses of the Baroque era.

“Firstly, I thought it would be very funny to call myself ‘The Baroque’, because it’s so huge, you know, the Baroque era is all the ornamentation and the huge paintings,” Oliver says.

“I thought it would be funny, like saying I’m the Eiffel Tower or something – the Himalayas.”

Britt wanted to direct the piece, and the two started devising the work and registered it for the 2020 Prague Fringe Festival, scheduled to happen in May 2020. This, of course, was cancelled due to the pandemic.

With the known world collapsing around them – as it was for everyone at that time – the two took a positive view: not only did they now have the opportunity to live in the same city for an extended period of time, but they had more time to work on this Baroque character who had since emerged, and build a narrative around him.

“As we started to discover this character, who is called Syphilis von Hamstring – which [gives you a] sense of how ridiculous it is – we realised that we wanted to work a love story in there, because the sense of the grand emotions of the time as well,” Britt explains.

“The setting as well,” Oliver continues, “and the houses… in all its richness, and putting one person in there, it gives a lot of loneliness, which is one [theme] that has been running through.

“Also, the deep urge of wanting to be beautiful, and put that in a context of not getting the love that he wants.”

A key component of clowning is its ability to be aggressively – and deliberately – silly. But there is also a tradition of social commentary in the artform, through mockery.

Britt was taught this form of clowning, known as ‘bouffon’, at the Gaulier school. (Sacha Baron Cohen, also a Gaulier graduate, describes his Borat character as bouffon.)

In the world they had created for The Baroque, Britt saw opportunity to use Syphilis von Hamstring – in all his grandiosity – to comment on contemporary society. 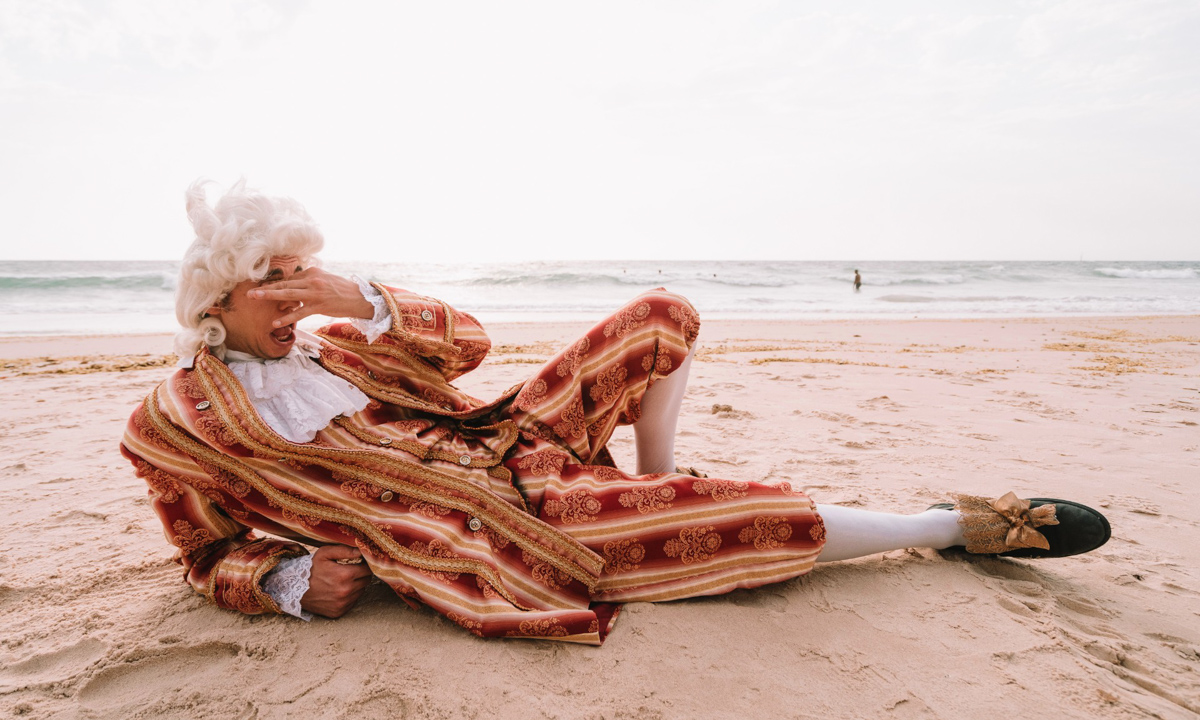 “Just the fact that he was this dandy that had everything he wanted and was just so oblivious to the world as well… we know people like that today,” Britt says.

“I think there’s lots of layers within it, even though it’s a really silly and absurd piece – it’s slapstick – there’s lots to think about. We never wanted it to be stupid.”

“If we do our job right, the stupidity can help the message,” Oliver adds.

Just as Britt first fell in love with clowning for the unique connection it can create between audience and performer, she and Oliver see that this quality also makes it the perfect artform for our post-lockdown existence.

“Within the philosophy of clown, if the audience likes something and they laugh, you have the permission to do it again, or see how much further you can push something,” Britt explains.

Oliver continues, “If you can find that place [with] the audience, where they don’t know what’s going to happen, and you can push something with them and you can go really far, that’s a beautiful place to be together.

“You can cheekily: ‘You want to push it some more? Ok. More?? Ok!’ …If we find that together, that will not happen again, and then you have to find that again with the audience.”

“There’s that sense of connection that you don’t get from your Netflix or your mobile phone or whatever,” Britt says.

“That sense of joy in the room… was a really important part of the work, that we wanted audiences to leave with a sense of having the permission to play in your everyday and to be silly and to not take life so seriously all the time.”

The Baroque is showing at The Breakout at The Mill from 10—14 March. For tickets and more information, see the event page.