The Adelaide Fringe’s newest arts hub The Queens has launched

A new home for "high-quality" cabaret, comedy and music during the Fringe has launched in the city's West End.

With the opening of the 2021 Adelaide Fringe came the launch of the festival’s newest arts hub, The Queens.

Set up in the West End at the Queens Theatre, on Playhouse Lane off Currie Street, the venue is a collaboration between GWB Entertainment, founded by Torben and Richelle Brookman, and Release Creative, founded by Amelia Ryan and Zac Tyler.

The Queens aims to be a home for cabaret, comedy and music performances during the Adelaide Fringe.

“For me, being such a passionate advocate for cabaret, I think we’ve got wonderful homes for comedy, for circus, event for theatre in Adelaide, but we haven’t had that real high-quality cabaret hub in the Fringe environment,” Amelia says.

“I’ve always performed in the Garden, and I love it, and it’s so vibey… [but] we’re able to create an intimacy that cabaret really requires, that isn’t easy to find in that tent environment.

The venue’s performance room, called The Chamber, seats 220 people, and there is also a bar and lounge area, with the drinks offering highlighting the Clare Valley region.

There are 25 shows in The Queens’ inaugural program, including Amelia’s Unsung, alongside Libby O’Donovan. There are also performances from Carla Lippis, The Django Rowe Quartet, Amity Dry, Naomi Keyte, The Wine Bluffs, The Hollows and Ollie English, among many more.

Amelia’s picks include Michael Griffiths, who is “one of my best friends, so I’m always front and centre of his shows”, she says, as well as Super Spreader featuring Rosa Waxoffski (performed by Marney McQueen), Adelaide-by-New York jazz singer Jo Lawry, and iconic cabaret identity Carlotta.

“Carlotta is an absolute national treasure, and this is her retiring show, this is her last hurrah,” Amelia says.

“If you haven’t seen her, the way she works a crowd is phenomenal. She’s so hilarious and she can get away with saying whatever she wants to. She’s nearly 80, so it’s just incredible what she can still do.” 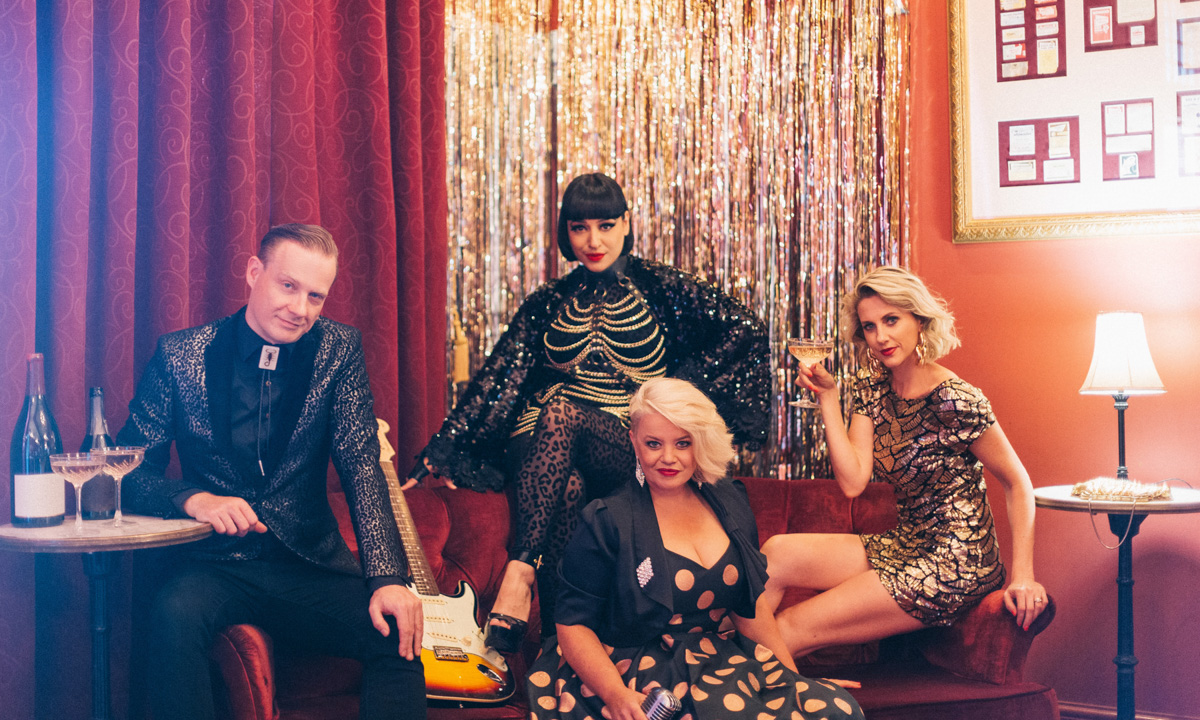 The Queens will also host a late-night after-party every Friday and Saturday night called Club Queens, which will feature appearances from some of the venue’s performers.

“A lot of our artists will have their more polished or poised shows during the earlier part of the night, but Club Queens is when they come undone,” Amelia says.

“If they’ve got the more risqué songs, it’ll be more ad-hoc, it’ll be late and loose, and these are my favourite shows, because you’re kind of going with a rough game plan, but that leaves so much room for spontaneity, and there’s something really exciting about that.”

Amelia has taken part in the Adelaide Fringe as a performer and producer since 2014, but this is her first foray into running and curating a Fringe venue. She’s excited to have pulled together a program – with her husband Zac and the Brookmans – that has drawn together many of the talents who, if not for the events of the last 12 months, would be performing on cabaret festival circuits in Australia and internationally.

“My favourite part of this has been curating the program and talking to the artists,” Amelia says.

“A lot of our artists are doing Fringe for the first time, because they’re usually more in the festival scene, or working on theatre, so they’re learning the self-producing ropes as well, a lot of them.

“For me, it’s providing a wonderful hub for a lot of our colleagues who, after having such a rough year, it’s saying, ‘Hey, come and play with us for a couple of weeks in Adelaide in March and hopefully we’ll all have a really great time, and maybe even make a bit of money.’”

The Queens is operating for the full duration of the Fringe, until 21 March. Browse the full program here.