Ahead of this week's inaugural SBS Short Film Festival, we caught up with three South Australian creators contributing to the diversity-minded national festival.

This weekend, SBS will launch its inaugural short film festival to showcase films from a diverse range of underrepresented Australians, including asylum seekers and migrants, First Nations people, LGBTQI+ and people living with disabilities.

The festival will air 14 films from across Australia on SBS On Demand from 13-15 September, three of which were created, produced and filmed in South Australia: The Loop, Limited Surrender and Deafinition.

CityMag spoke with the three films’ creators about their works.

(All of the interviews have been condensed and edited for clarity and brevity.)

Co-directed by Lorcan Hopper and Johanis Lyons-Reid and produced by Carl Kuddel, The Loop explores what it means to live with Down Syndrome. It follows Lorcan, a first-time television director with Down Syndrome, as he works to fulfil his vision of creating a soap opera. 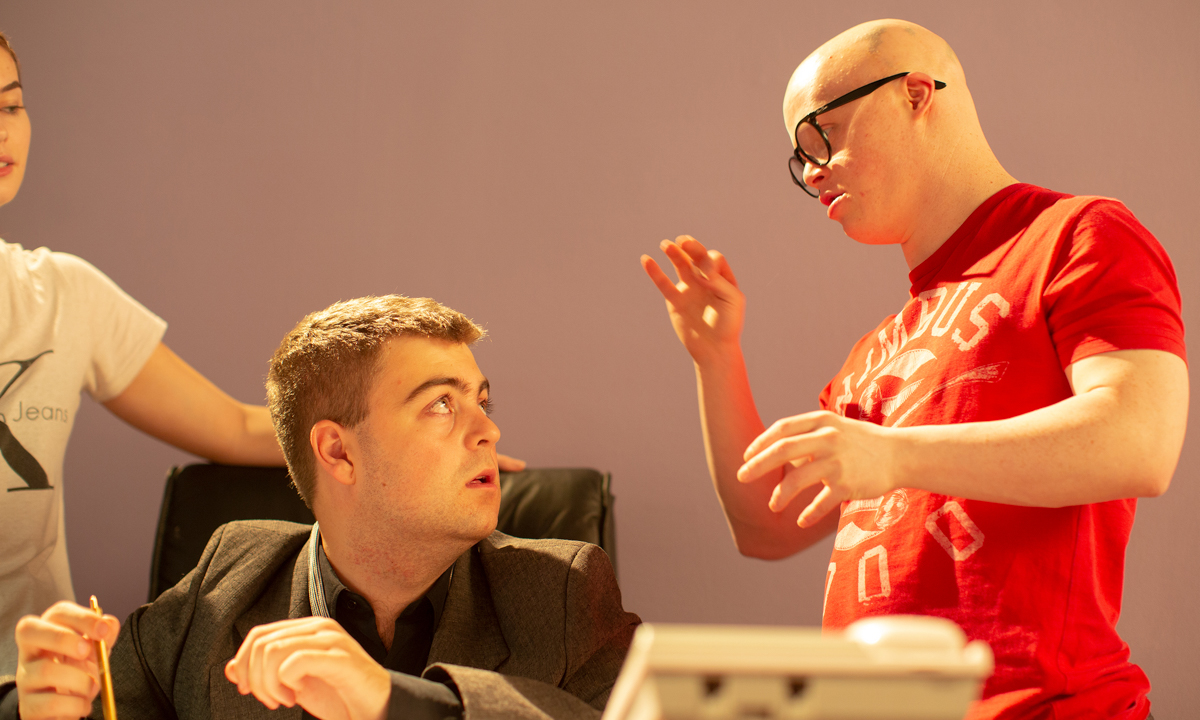 Director Lorcan Hopper (right) on the set of The Loop

CM: What is The Loop about?
Carl: It is an interesting hybrid documentary, part satire, part drama soap-opera, about disability rights and representation and disability in media. That would be it in a nutshell.

Lorcan said to us that he wanted to make his own soap opera and we were intrigued. And Johanis said: “Ok I don’t really like soap opera. I hear you’re really into this. How about we make a documentary where I follow you as we try to make a soap?”

Lorcan loved the idea and came up with the title in the first two-hour meeting that we had – The Loop. It’s a whole world and it’s art imitates life, imitates art.

Lorcan, what inspired you to write a soap opera?
Lorcan: I watch The Bold and The Beautiful most days, I love it. I like the way everything is over the top and full of emotion and drama. So, we thought it would be interesting if I did my own version to tell my story and use it to show how having a disability is ok.

What were some of the challenges of writing and shooting The Loop?
Lorcan: Writing the script was hard but Johanis and I worked it out together and I was able to get my ideas across. I wanted to include people with disability in the script and cast because you never see them in soap operas.

Shooting The Loop was intense and very hard work with long days. We all got tired so trying to get the actors to do it properly was a challenge sometimes. But they are real professionals and we got there in the end.

What would you like viewers to take away from the film?
Lorcan: To think about people with disability differently, we can do anything if given the chance. We are not invisible, we are real, and we want to live a real life so give us a chance. Anything is possible, that’s what we say at Tutti Arts.

The Loop airs on SBS On Demand on Friday, September 13.

Actor, co-director and contributor Paul Vagnarelli offers a first-hand narrative of his experience as a profoundly deaf man in the film Deafinition. In this Q&A, Paul and film producer and writer Christine Williams spoke with CityMag about the work. 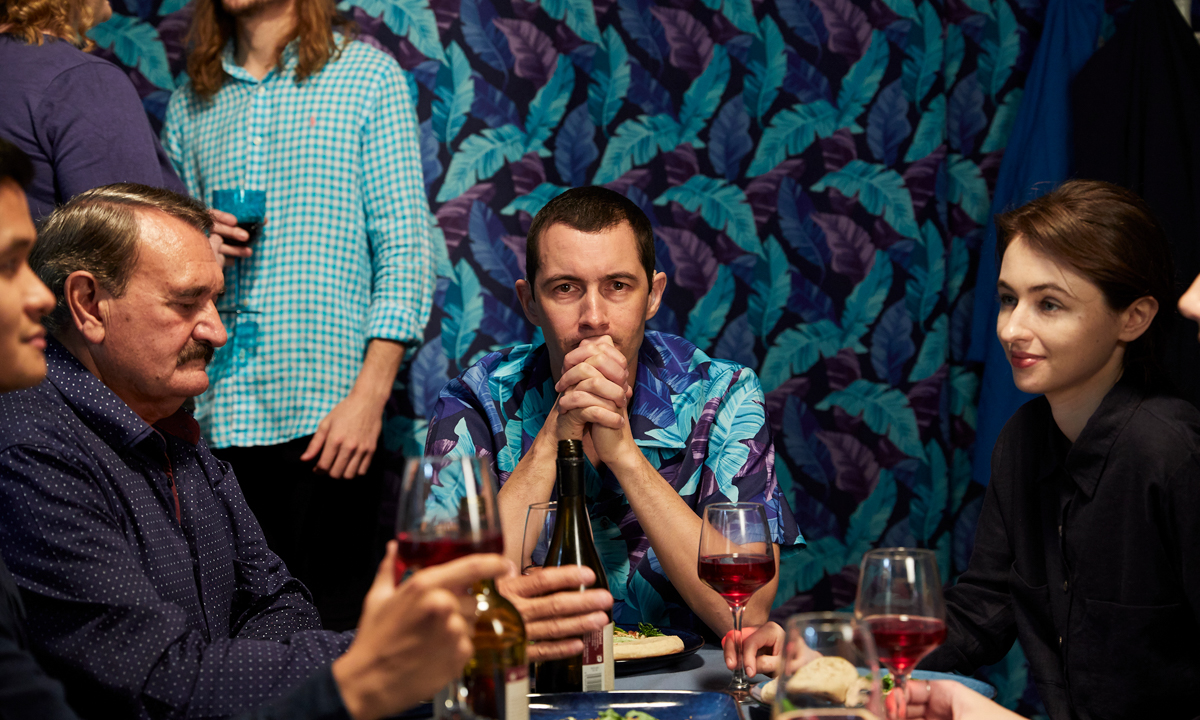 What is the documentary about?
Paul: The documentary is about how deafness affects me individually, and how I manage it. How I overcome some of the issues that come up in society – like lip reading. Not everybody speaks clearly enough to lip read. So, I have to ask them to speak a little more clearly or a little bit louder.

I’m trying to show that I am not unable to do things. I can do lots of things, I have lots of abilities, but at the same time I have to deal with the issues.

Christine: It’s quite stylised and it’s a little bit abstract. The tone is quite humorous. It’s not an observational documentary, it’s a stylised interpretation and it’s all through the eyes of Paul.

What inspired the concept?
Christine: We were originally going to do another idea and we asked Paul on as a DOP (director of photography) and then that fell through the week before the application was due to be submitted. And then I thought maybe I’d ask Paul if he’d like to do a little bit more and, he’s such a great guy, he said yes. Then the story became Paul’s experience. So, it wasn’t planned but the universe often points you in the right direction.

We lucked out because he was so generous with his time and also so generous in offering insights into his experiences, allowing us to probe and ask a lot of personal questions.

What would you like people to take away from the production?
Paul: I think the main point is the point of hearing. What things sound like wearing a hearing aid, what it’s like to be profoundly deaf with hearing aids and without hearing aids.

Because with my hearing aids on I get lot of background noise as well. So, it’s not clear, I can’t differentiate the sound. So, I rely on visual cues.

How does the title reflect the film?
Paul: To define something clearly. It’s trying to define what it’s like to be me.

Christine: The other thing is, for a lot of hearing people, if you think of a deaf person, you might have preconceived ideas of what that’s like. So, there’s a double meaning of challenging what we think it might be like for someone who’s experiencing it [deafness].

One of the lines is: “If you want to know what it’s like to be deaf, ask a deaf person,” that’s the essence of it. But having said that, Paul’s experience as a deaf person is not the same for every deaf person, because he’s an individual human being, as opposed to just a deaf person.

Paul: It’s about Paul, who happens to be deaf.

Deafinition airs on SBS On Demand on Saturday, September 14.

Artist Kirsty Martinsen is interested in exploring the ways she can produce art in spite of the debilitating effects of Multiple Sclerosis. Her self-narrated documentary reflects on her journey from diagnosis to present day. 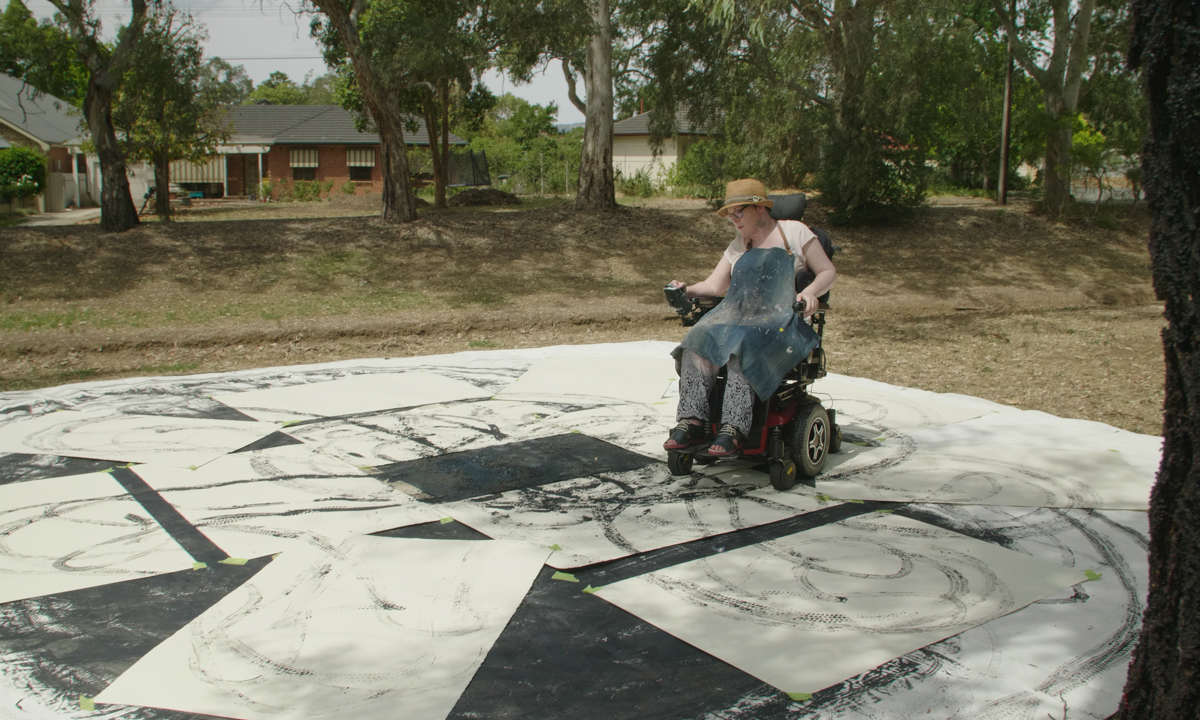 What is the documentary about?
My documentary is called Limited Surrender. Basically, it’s about being diagnosed with MS (Multiple Sclerosis) in New York; how my life and art-work has been affected ever since.

Why were you in New York initially?
I had got a scholarship to study at the New York School of Drawing, Painting and Sculpture. I initially had a one-year scholarship, that was in 2000 to 2001, but then I stayed on for an extra few years.

What was the artwork you created? And what was the inspiration for the work?
I created 12 drawings. I don’t want to give too much away about the ideas behind it or what I created because that’s a huge part of the film. The idea is in the title – I’ll give you that much. It’s a big hint.

What I will say is my aim is always to use whatever tools I have available at the time, and to remain connected to my artwork no matter my circumstances. That’s my main aim of this artwork. And any artwork I make, basically – to keep working.

What would you like viewers to take away from the film?
To find value in things that they don’t think actually have value. That sounds like a very cryptic thing to say, but to look differently at something they’ve always taken for granted, in their own life or other’s.

When you set out to create this film, what were you setting out to create?
I set out to make a beautiful piece of art, and that was the proposal that I wrote. I met with Susie [Jones], the commissioning editor at SBS, and she said, “No, we don’t make art films at SBS. But I like your story and I like the background that you bring to that, so that’s what I’d like to make a story about.” So, I had to go away and rewrite my film to be more about me.

Susie saw a story and I had to get to it – to strip it away basically.

Limited Surrender airs on SBS On Demand on Friday, September 13.