The head of Reconciliation SA – a 20-year-old not-for-profit, local organisation advocating for Aboriginal and Torres Strait Islander peoples’ rights – says picking up these calls can be a “tough gig” but she willingly accepts the challenge to change someone’s mind. 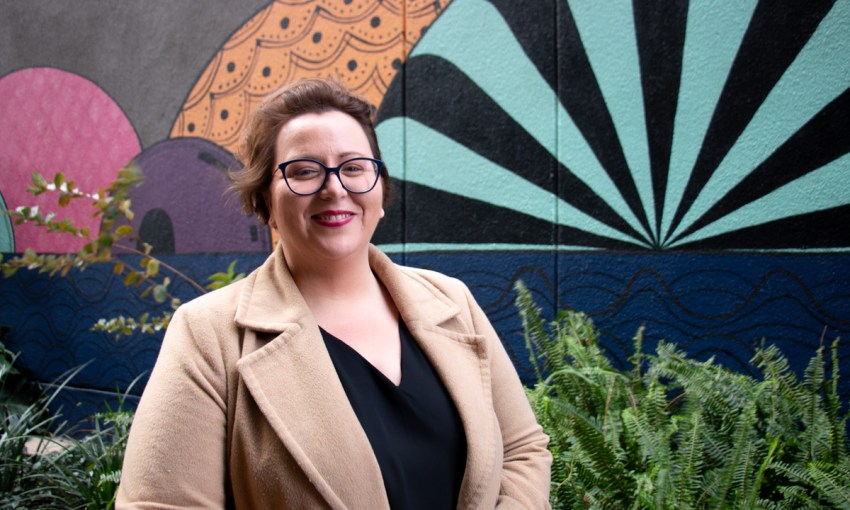 It also means recently travelling to Cairns to meet with the senior leadership team behind the Uluru Statement from the Heart – the largest consensus of First Nations peoples proposing a change in the Constitution to allow a First Nations Voice to Parliament.

She also helps organise anti-racism education opportunities for schools, and sounds-out public and private sector requests for Reconciliation Action Plans. (These are report card-like documents, which assesses an entity’s progress against certain targets, for example, an increase in its Indigenous workforce by X per cent).

Shona’s job also means answering “random” and challenging phone calls from the public every week. Although it’s a “tough gig” and can be “tiring”, she knows if she doesn’t do it, who will?

“We’re in a society that has a wide range of perspectives and views on the world, and often people might say ‘just don’t answer those phone calls’ – but those are the calls that I’m here to answer,” she says.

“I’m happy to sit there… for half an hour with someone who’s very unhappy about a First Nations grant that’s just been handed out, and ‘why is that given to First Nations community and not another community?’ or their own insecurities about this space.

“If I challenge one person in a healthy way, so they don’t shut down and they become an ally, that’s my goal.”

Reconciliation SA was established 20 years ago. Since 2002 it’s grown from one full-time employee to eight, and has campaigned on issues from Closing the Gap to the Stolen Generations. To coincide with the two-decade milestone, Shona says the organisation is going to be “brave” and hold the recently-installed South Australian Government to account. 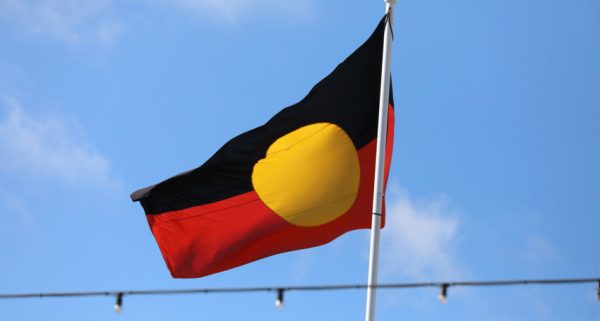 The Aboriginal Flag being flown at Tarntanyangga Victoria Square. This picture: Tony Lewis

Before the recent March 2022 state election, Reconciliation SA went to both major parties with a request. She wanted whoever was the victor to develop an anti-racism strategy for the South Australian public sector.

The public sector is the state’s “biggest employer”, Shona reasons, and while there’s anti-discrimination legislation and a commissioner for that, it doesn’t “target what we’re talking about here,” she says.

“Racism is a really harmful thing in our society, and we only recently have managed to use the R-word in its entirety and not feel like it’s a taboo topic.

“We need to think about what that means, so we’re asking South Australian Government to look about challenging racism, to develop an anti-racism strategy for the South Australian public sector and that’s our challenge to the government.”

Shona says she has plans to meet Minister for Aboriginal Affairs Kyam Maher to gauge his thoughts on this proposal and see what goals this government has for the future. Reconciliation SA will mark the government’s progress, too.

“We’re going to do a bit of a scorecard to see how they’re tracking on that,” Shona says.

“We’re going to give them a little bit of time to settle in only because we knew that the federal election was coming up and wanted to see… things happen”.

To coincide with Reconciliation Week, an annual event that aims to strengthen relationships between First Nations and non-First Nations people in Australia, running from 27 May—3 June, the local organisation has its own events planned.

This includes the Annual National Reconciliation Week Breakfast held last Friday, and a musical extravaganza to capstone the celebrations this Friday. The free community live music mini-festival Nguyanguya muri wamangka (aka Reconciliation in the Park) will be held at Tartanya Wama Pinky Flat and headlined by Yolngu rapper Baker Boy.

Mak Mak Marranungu rapper J-MILLA, Nukunu singer Tilly Tjala Thomas, and the Deadly Nannas (a choir made up of predominantly Ngarrindjeri women) will also perform. A selection of food trucks and beverage vendors will also be at the event, which is scheduled to run from 4pm to 9:30pm.

In the next 20 years, Shona would like to see reconciliation taken further with the Uluru Statement from the Heart being adopted, some sort of treaty enacted, changes to colonial statues to present the Aboriginal perspective next to existing plaques, and non-First Nations people speaking in Aboriginal languages.

“And I’d love us not to be so fragile about this – about our history,” she says.

“That’s personal fragility and system fragility. We should be able to say, ‘Well, what are we doing that’s wrong that we need to fix?’ That’s healthy.”