Restless and the fight to continue promoting inclusivity through dance

Restless Dance Theatre has spent decades changing attitudes and diversifying Australia’s artistic landscape, but a significant funding cut means support is needed more than ever before.

Since its inception in the early ‘90s, Restless has been the country’s leading dance theatre company – not only in terms of its art but also its inclusivity, making space on the stage for artists living with and without disability.

Tanner Muller is Writer in Residence at The Mill. This work was contributed through The Mill’s writer-in-residence program.

At the heart of the company is a mission to invigorate the country’s scene – to devise performances that, as its tagline says, are ‘unexpectedly real’.

A Restless performance is a powerful experience, giving rise to a sense of admiration, wonder and awe.

CityMag is invited to just such an experience inside Restless’ Gillies Street studio space, where the cast and crew are tirelessly rehearsing for their upcoming Adelaide Festival show, Guttered.

There is an undeniable sense of passion in the room, and the atmosphere is electric. 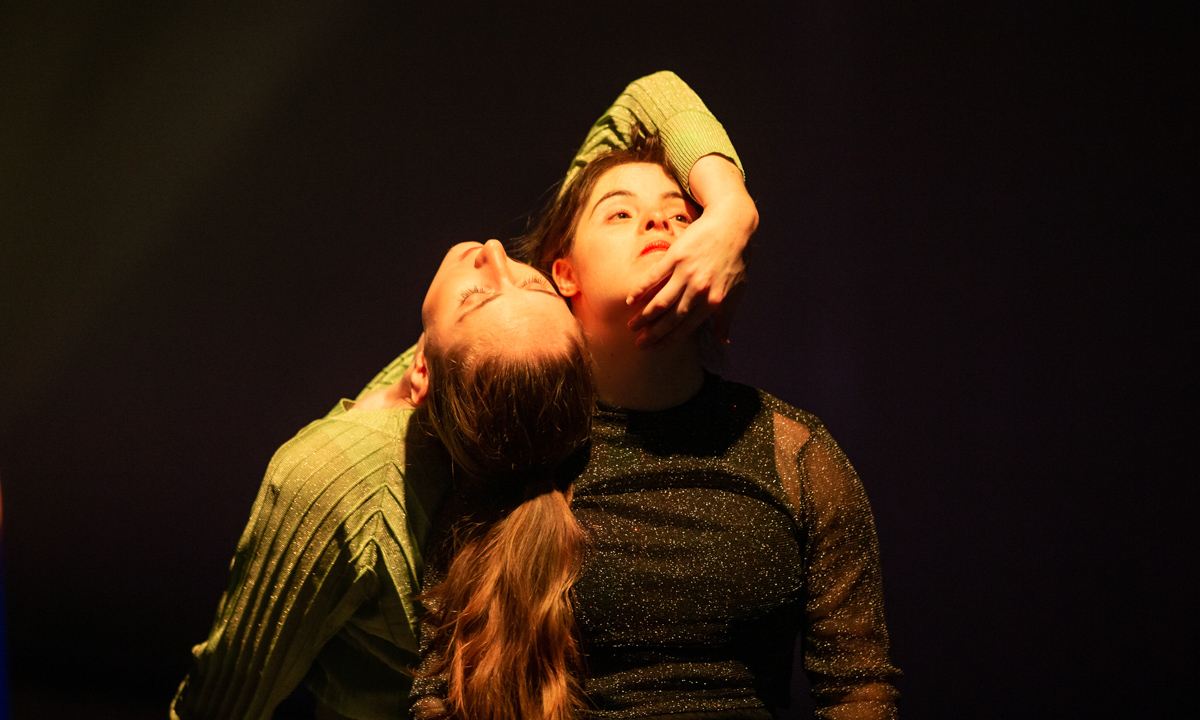 The privilege of seeing dancers who live with disability perform is sadly rare, particularly in instances where they’re given the primary spotlight.

Artistic Director Michelle Ryan says Restless is looking to shift the narrative and offer some “flavour” to the industry.

“Most dance theatre companies have an emphasis on physical perfection, whereas Restless celebrates diversity by seeing difference and individualism as a strength,” she says. “We aim to challenge the perception of who an artist can be and what people with disability can do.

“Our approach is very collaborative and task-based. The dancers are able to contribute their ideas and give an insight into their own perceptions of the world. [By extension,] it gives ownership to the dancers in what they’re creating.”

This kind of representation on stage is important for its ability to bring visibility to those who are often considered different.

“I think a lot of people underestimate those who live with disability,” Michelle says.

“There’s an assumption that we aren’t skilled enough in certain areas. So, I always find it rewarding to exceed people’s expectations.

“I always say that you should expect excellence, and not be surprised by it. There’s a lot of talent out there. You just need to find it.”

Given their prominence within the dance theatre scene, the Restless team was shocked last year to discover their multi-year funding from the Australia Council had been drastically cut.

Michelle says it initially felt like a mistake, given she was the latest recipient of the Council’s prestigious Dance Award.

‘The news was absolutely devastating and sends a lot of mixed signals. Initially, we took a moment to grieve, but then we had to build ourselves up and find a way forward,” Michelle says.

“While we haven’t exactly found that way forward yet, we’re trying to remain hopeful about what the future may hold for us.”

The company has since started an ambitious crowdfunding project to help keep them afloat over the next few years. While it has gained some momentum, more is needed.

“We’re going to be in a really precarious situation soon,” says Michelle. “Unfortunately, we might not be able to accomplish as much as we would like to.”

Crowdfunding has become increasingly prevalent in the arts industry, allowing artists to wholly or partially fund projects with money found outside of grants sourced from local, state and federal government.

From industry powerhouses like musician Amanda Palmer to local watch brand Rota, the funding model has allowed people and businesses to continue their work through an outpouring of monetary endorsements from devoted fanbases.

Leaning into crowdfunding has been a valuable learning experience for Michelle.

“In a way, this process has taught us the value of reaching out,” Michelle says. “And generally, people are more than willing to offer their support—especially when they know it’s going to make a difference.” 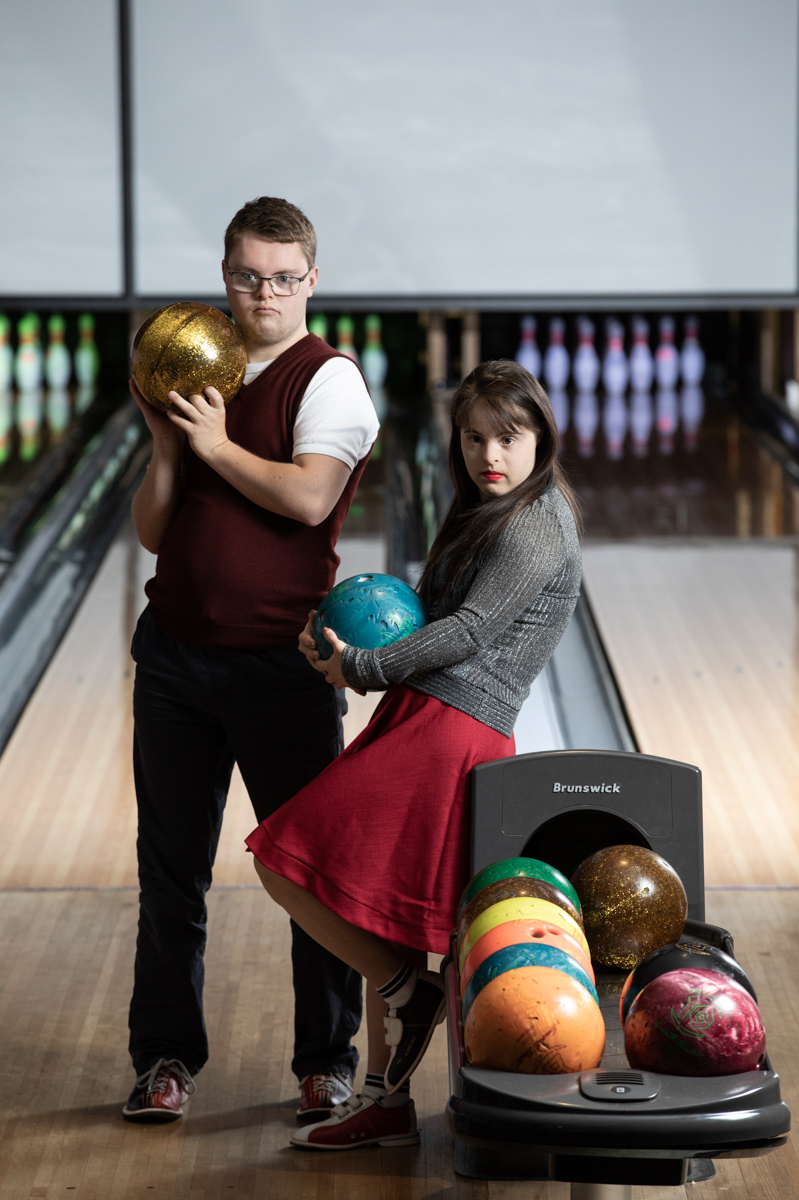 Set at the Kingpin Norwood bowling alley, the show is said to offer a playful insight into the dignity of risk and the art of failure.

“When I was beginning to devise the show, I thought about how people living with disability are often smothered by the unwarranted ‘help’ of others. While these efforts may come from a good place, it has the potential to stifle growth and independence,” Michelle says.

“[This is particularly the case] when it comes to bowling… I think there’s this preconceived notion that if you are living with disability, then you automatically require extra assistance… People assume we need the lane bumpers, or to use one of those contraptions that keep the ball rolling straight.

“But allowing someone to get a few gutter balls can be a growing experience… I believe failure is a discovery in itself and offers benefits that would have otherwise been overlooked.

“I had to learn this myself as a young dancer. I used to be the type of person who never tried anything outside of my comfort zone… But my perspective changed once I started to take risks and see the possibility of failure as a growing experience.”

As a site-specific performance, Guttered echoes the company’s 2017 hit Intimate Space and their 2020 feature Seeing Through Darkness, which were presented in a hotel and an art gallery, respectively.

The show aims to capture the essence of a 10-pin bowling experience—the smell of shoe polish and popcorn, the sound of a heavy ball rolling against the timber alley floorboards, and the adrenaline rush of a strike.

“I adore site-specific work,” says Michelle. “Mainly because it gives us the opportunity to take our dancers outside of the traditional realms of the theatre stage. It also allows us to bring authenticity to the story we’re telling.” 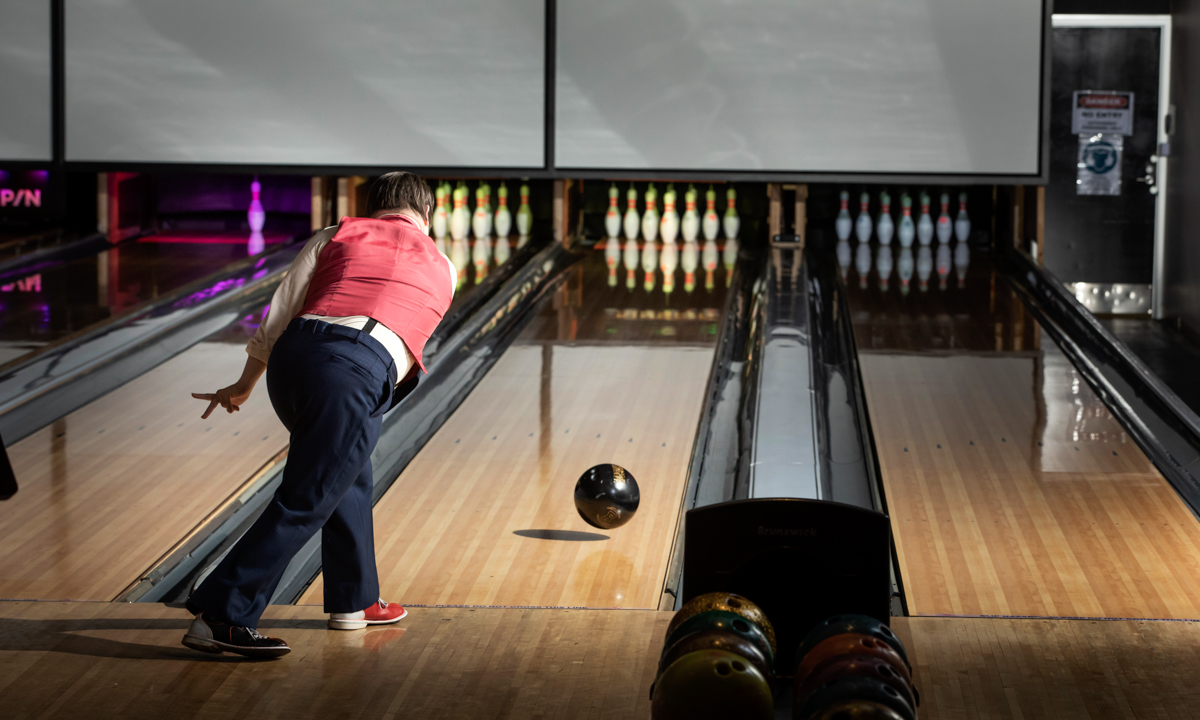 Following their Adelaide Festival season, Restless plan to take Guttered on an interstate tour. They will also be devising a collaborative work with Patch Theatre Company and a digital performance for the Dream Big Festival.

Despite the financial setback, Restless is looking to the future with optimism, and Michelle only hopes they can continue to promote dancers who live with disability.

“While our path may have been dampened, we have a lot on the cards, and we’re excited to show everyone what we have planned,” Michelle says.