Adelaide street artist Peter Drew has been inspiring spin-off artworks and attracting attention from Russian news networks with his latest project, which tackles the issue of how Australia treats refugees. 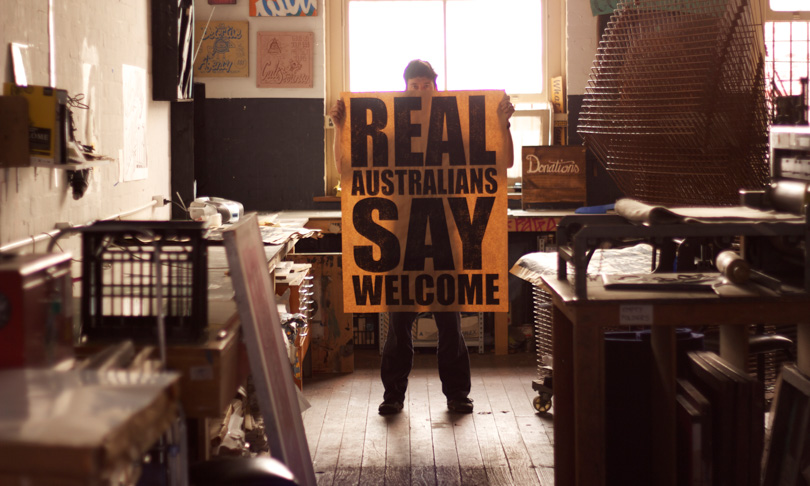 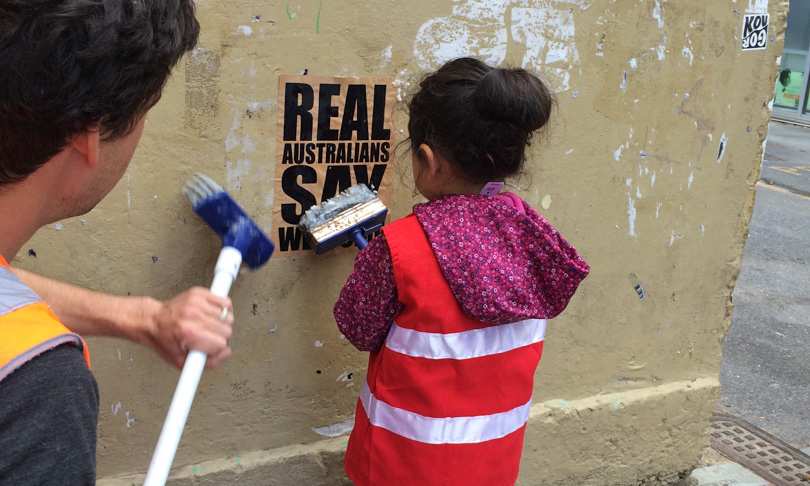 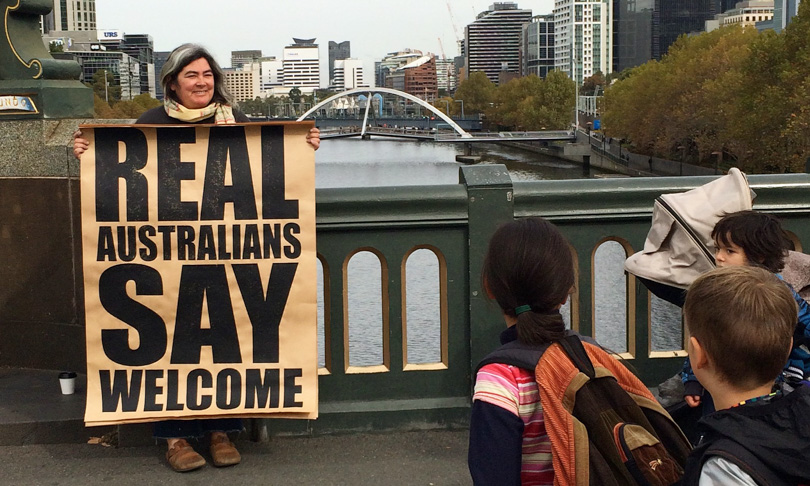 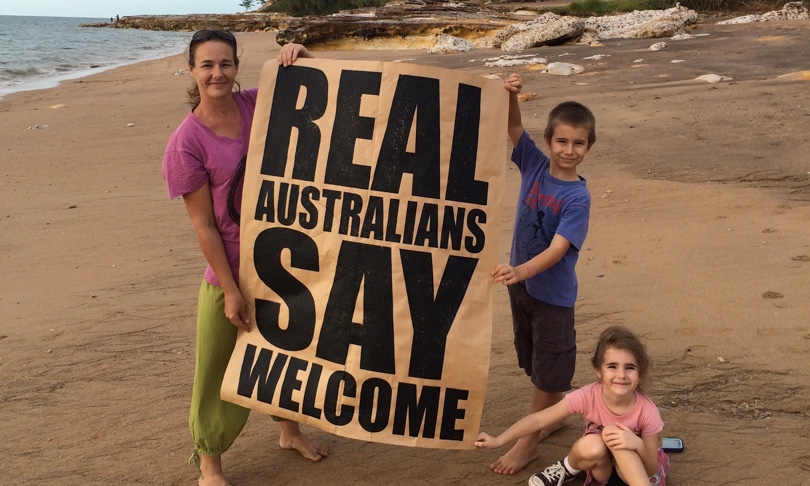 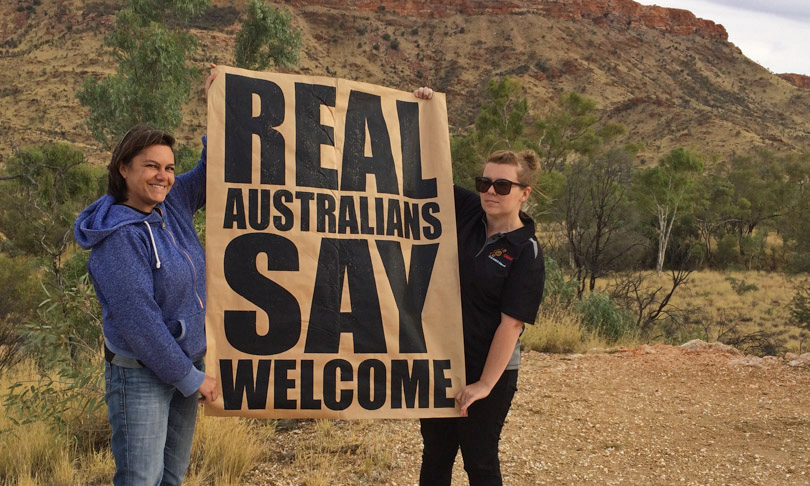 But Real Australians Say Welcome is the first thing that has seen him appear on Russian TV. Sending a simple message about our country’s treatment of refugees, this project has captured national and international attention.

To complete the work, Peter is travelling to all corners of Australia with the aim of pasting up 1,000 posters emblazoned with the words “Real Australians Say Welcome”. The slogan is a straightforward summation of Peter’s perspective on the refugee debate in Australia.

“Currently, anyone who arrives here without permission has no chance of making Australia their home, regardless of whether their claims to asylum are genuine or not,” he says.

“If the Australian Government is genuinely determined to break the people smuggler’s business model, why aren’t the enormous costs associated with the ‘Pacific Solution’ being used to create better legal avenues for asylum seekers to reach Australia? The short answer to that question is ‘Islam’

“Since starting this campaign I’ve been overwhelmed by support, but I’ve also spoken to plenty of people who are openly afraid of Muslims. Most of these people aren’t bigots and they’re not racists, they’re just ordinary Australians who’s idea of Islam is based entirely upon the 6 o’clock news.”

“I don’t blame ordinary Australians for feeling isolated and fearful but at some point we each need to make a simple choice whether we have the courage to combine.”

Peter hopes his work will challenge people to think differently about refugees. Helped by wide community buy-in that has seen people sticking up their own posters and other artists making works that carry the same message, the project certainly seems to be finding deep resonance.

Read more about Real Australians Say Welcome in the winter print edition of CityMag, out May 28, in which Peter explains the project, its origins and purpose, in his own words.