The books (and magazines) we're matching with the beach this holiday season.

The Unsettling of America: Culture & Agriculture by Wendell Berry 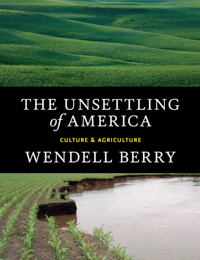 I haven’t underlined so many passages from a book ever, not even while reading Jane Jacobs’ The Life and Death of Great American Cities.

And the reason is this book contains a lot of passages like this:

“The concept of country, homeland, dwelling place becomes simplified as “the environment” — that is, what surrounds us. Once we see our place, our part of the world, as surrounding us, we have already made a profound division between it and ourselves. We have given up the understanding — dropped it out of our language and so out of our thought— that we and our country create one another, depend on one another, are literally part of one another; that our land passes in and out of our bodies just as our bodies pass in and out of our land; that as we and our land are part of one another, so all who are living as neighbours here, human, plant and animal are part of one another, and so cannot possibly flourish alone; that, therefore, our culture must be our response to our place, our culture and our place are images of each other and inseparable from each other, and so neither can be better than the other.” 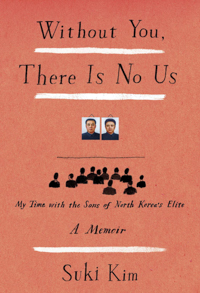 Without You, There Is No Us by Suki Kim

Since the rise of the internet, there are few nooks of the world that are truly obscure to us. While we might opt only to look at the familiar on Facebook, the unfamiliar is just behind our screens, waiting to be explored.

But still, there are some places that hold out against the tide of digital exposure, and in large part they are perhaps the places that could do with a little more light. North Korea is chief among those.

Through a combination of lies and luck, Korean-American writer Suki Kim managed to spend six months inside North Korea, teaching at a university for the country’s elite young men. While Suki’s writing is not extraordinary, it is certainly pleasantly serviceable, and the revelations about the reality of the much-mythologised country that she uncovers are deeply affecting.

The poverty is severe, the stratification of society harsh, and the brain washing intense. But what strikes most closely is the sudden understanding that those who grow in a country like this, where thinking only moves in one direction, are deprived even of that most basic entitlement – the right to their own thoughts. 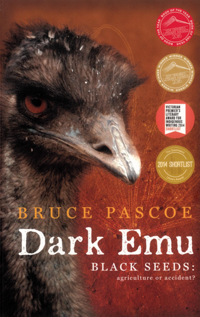 There are certain and few human acts that inspire a person to become a critic – few things so remarkable and unique that they compel their witnesses to convince others of their miraculous nature.

Dark Emu is one of those few. It is a vital piece of Australian history and should be mandatory in the national and global curriculum. It is unique in its vernacular and presentation, a complete and utter reformulation of the journals and records of early European explorers and surveyors that debunks the misinformation of ‘Hunter Gatherer’ colonial propaganda. In properly uncovering these archaeological records, the book reveals the ingenuity, agriculture, and engineering that supported thriving Indigenous cultures.

At least 15,000 years before the Egyptians, the world’s first bakers were Australia’s original inhabitants – our First Nations’ women. They and their contemporaries lived in settlements capable of housing hundreds or thousands of people – large scale operations using domesticated plants, sowing, harvesting, irrigation, surplus and storage; sophisticated practices that define civilisation.

Confronting, enriching and succinct, the outcome of this book is an undeniable truth, a global knowledge that compels the newly appointed custodian of it to shout from the nearest rooftop. 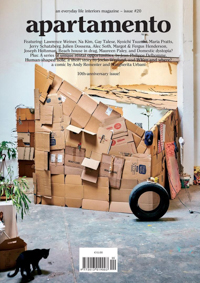 Usually I wouldn’t even talk about this magazine, especially not to strangers. It’s something I like to keep to myself, like a favourite bottle of wine that’s sure to sell out quickly.

With its upcoming 20th edition, it celebrates 10 years in print, so perhaps now I can get over myself and tell you about it.

Apartamento Magazine describes itself as ‘an everyday life interiors magazine’, and has featured multicultural and multidisciplinary creators like Anissa Helou, Klaus Biesenbach, Abdul Mati Klarwein, Omar Souleyman, Chloë Sevigny, Martha Stewart, Devonté Hynes, Lora Lamm, Wes Anderson, Esther Mahlangu, Penny Martin, and our very own Ken Done. You might not recognise their names, but I guarantee you would’ve encountered some of their work.

It isn’t over-designed, nor is it styled. Apartamento enters someone’s world to record what they find, often sending journalists and photographers who have had a previous connection with the interviewee. It’s about spaces, collections, ideas, ways of working, and the interactions of all these things.

It’s the only magazine I read cover to cover (ahem, except for CityMag). Please don’t buy it. 😐 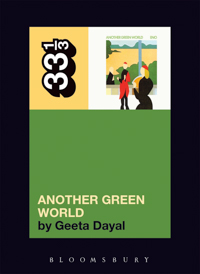 Another Green World by Geeta Dayal

Part of the 33 1⁄3 Series, this book is named for the album on which it focuses – Brian Eno’s Another Green World.

Although it was first published in 2009, the book holds its relevance now because Another Green World is an example of a record that created a genre – it was the first stone laid on the path of ambient music. Given everything happening now has happened before, pioneering albums like this might never exist again.

This book comprehensively describes, amongst other things, how Eno created digital-esque sounds in a time that vastly pre-dates the computers and instruments we have now, what happened after he left the glam rock scene (he previously played in Roxy Music with Brian Ferry), how the album was perceived at the time, and how he came up with Oblique Strategies – Over One Hundred Worthwhile Dilemmas – a set of cards created to help artists, mainly musicians, overcome creative blocks.

I read this book after I was familiar with the album – the book changed the way I listened to it, for the better.