Protesting under lockdown: How isolation is affecting public activism

Ana Obradovic went to 30 protests last year and spoke at five. Despite the pandemic rendering the activist home-bound, she says there are other ways you can participate without breaking iso. 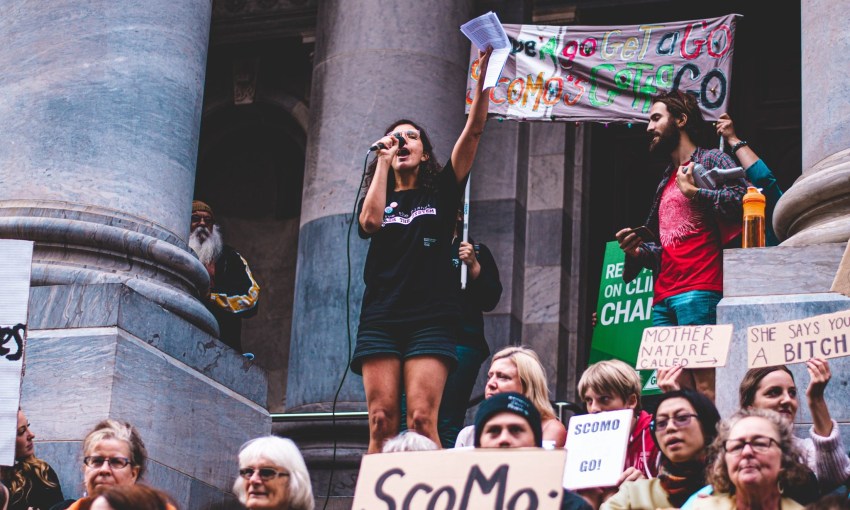 “Ordinary people don’t really have the opportunity to stand up and give a press conference every day,” Ana Obradovic says. “The way that we get to intervene into politics is through protests.”

Ana is a member of Socialist Alternative, one of Australia’s largest far-left collectives, which campaigns for “revolutionary socialism” and believes “essentially capitalism is the problem and it needs to go,” she says.

She’s also a 25-year-old student at the University of Adelaide and is halfway through an honours in history, focussing on South Australia’s radical past: “women’s suffrage and Aboriginal history,” she explains.

Ana is well-versed in both the practical and theoretical aspects of protesting.

Socialist Alternative has chapters in each state and territory, with South Australian members gathering to protest in places like the steps of Parliament House on North Terrace and along Rundle Mall, and on numerous issues, such as Indigenous rights and feminist, queer and climate justice.

Ana has spoken at five of these events and finds the act of protesting to be a necessary part of change. She says such events are the “dress rehearsal” before real action, such as strikes, can happen amongst the workforce. 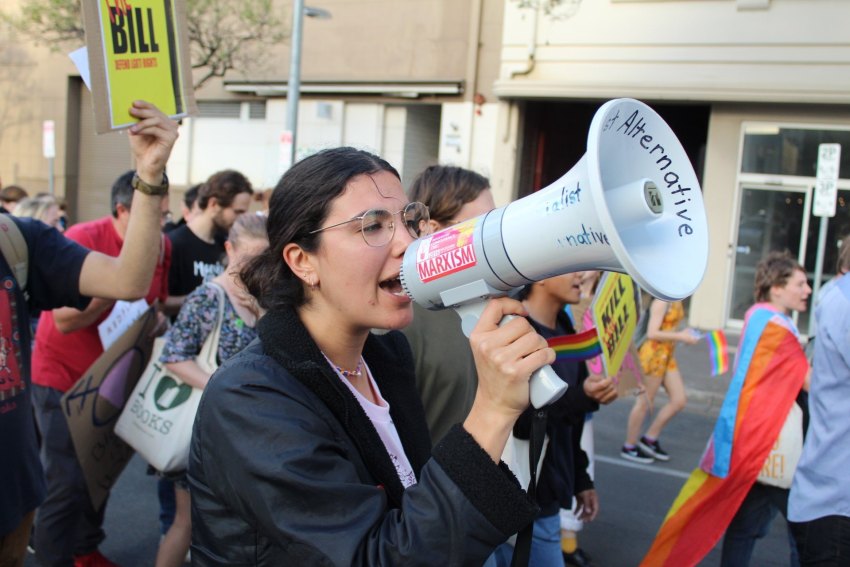 Though COVID-19 has ground public life to a standstill and all but cleared the CBD of people, Ana has not let the pandemic stifle her activism.

“We’re doing stuff like weekly livestreams, where we just make our arguments as socialists about the COVID-19 crisis,” Ana says.

“We used to do weekly Marxist discussion groups, usually for new students who want to learn more, but we’ve moved that online, so that’s all through Zoom.

“We’ve also organised an online climate strike for May 15.”

This online climate strike coincides with the anniversary of the climate rally originally spurred by Swedish environmental activist Greta Thunberg last year, and will see individuals wave banners and placards from their homes, instead of on city streets.

Like a regular protest, the online happening will also include speakers to discuss issues relevant to the topic – for this event, Ana is hoping for an appearance from leader of the national Greens party, Adam Bandt, and the grandson of Indigenous rights activist Sam Watson, Sam Watson the fifth.

However, not all aspects of a protest can be digitised.

One of the advantages of traditional protests, Ana says, is they physically “take over” public spaces, providing an opportunity for individuals walking by to be introduced to new concepts.

“A key part of the face-to-face protests is that ‘This street is our street’ ethos and ‘We can shut down this intersection,’” Ana says.

“We’re trying to get some sort of content that can go wider than our networks but… it’s really hard.”

She co-founded Girl Space in 2015, a collective that organises arts and music events to foster mentorship and support for non-male creatives in Adelaide.

Hannah says during COVID-19 she’s had to come up with “creative ideas” to continue campaigning while not in public spaces, and has reverted back to advocacy 101: “letter-writing.”

“This is a good time to skill-up,” she says, “despite there being no engagements.”

Something Hannah has found tough, though, is the creative fatigue that comes with campaigning on a virtual platform. There are only so many ways to engage with individuals online, like Zoom.

“I guess we’ll just have to adjust,” she says.

Another challenge is Facebook’s social media algorithms, which work to only expose your communique to a certain audience, Hannah says.

However, both activists are confident that if you have a cause you’d like to campaign for in the future, this (iso) is an ideal time to level-up on your literature and sharpen your knowledge. There will come a time to hit the streets again.