Theatre you can feel

Melbourne theatremakers THE RABBLE follow up their hugely popular 2018 season of 'JOAN' at Vitalstatistix with a new work delving into the dangerous layers of meaning floating in the substrata of the word ‘yes’. 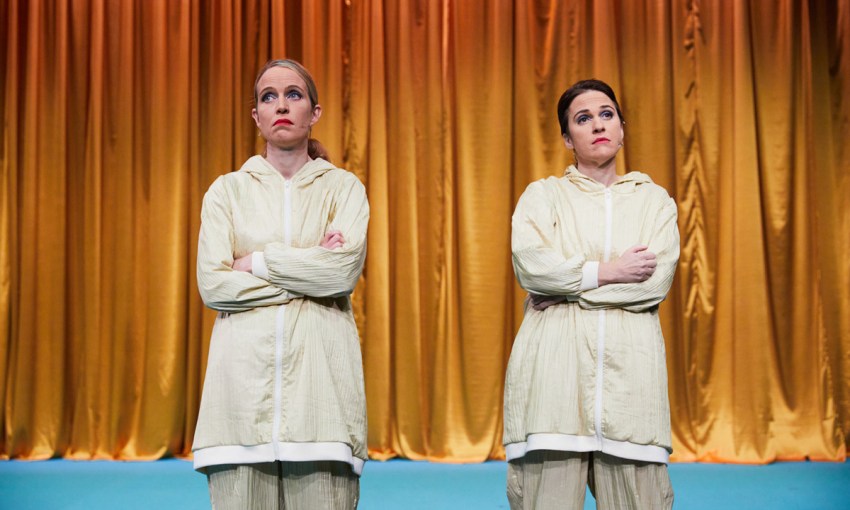 YES by THE RABBLE is theatre that is hard to explain, but easy to feel.

The adventurous and form-bending work starts with a simple premise. Two performers are on the stage; one asks questions and the other responds. Sometimes the roles reverse, but the answer to the question is always the same: Yes.

It’s an innovative theatrical format designed to question the forces that bring yes into our mouths when we want to say no, and interrogate the consequences of that capitulation.

“We started thinking about consent and power structures and we really wanted to understand more about what it means to say yes,” says Kate Davis, co-creator of YES.

“We have all had that experience before… where someone will just put something on to us and there’s just no way to say no.”

The work has been a long time in the making for THE RABBLE, which is co-directed by Kate in partnership with Emma Valente.

Under THE RABBLE moniker, the pair, alongside other RABBLE members – including YES performers Dana Miltins and Mary Helen Sassman – are critically acclaimed for devising theatre that defies the norms of the medium to devastating emotional effect.

The collective first started experimenting with a question-and-answer mode of performance almost seven years ago, inspired by Chapter 17 of Ulysses, which contains 309 questions, with each answered in stark, laboured detail.

Development on YES started in March of 2020. Between lockdowns, the team felt their way into the work, searching for a rhythm and visual language that evocatively conjures the social dynamics at play in everyday life.

“We started really basic in terms of improvising, because we improvise to devise all of our work,” says Kate. “It actually took us a really long time to work out the mechanics, but the piece itself is scenario-based. They have all come from improvisations… going, ‘Let’s try a doctor scene’… or ‘What happens if it’s an interviewer or a journalist, or a welfare person talking to a mother about their child?’

“We purposely do try to make it fairly funny to kind of outweigh the gravitas of the emotional stuff and the weight of it.” 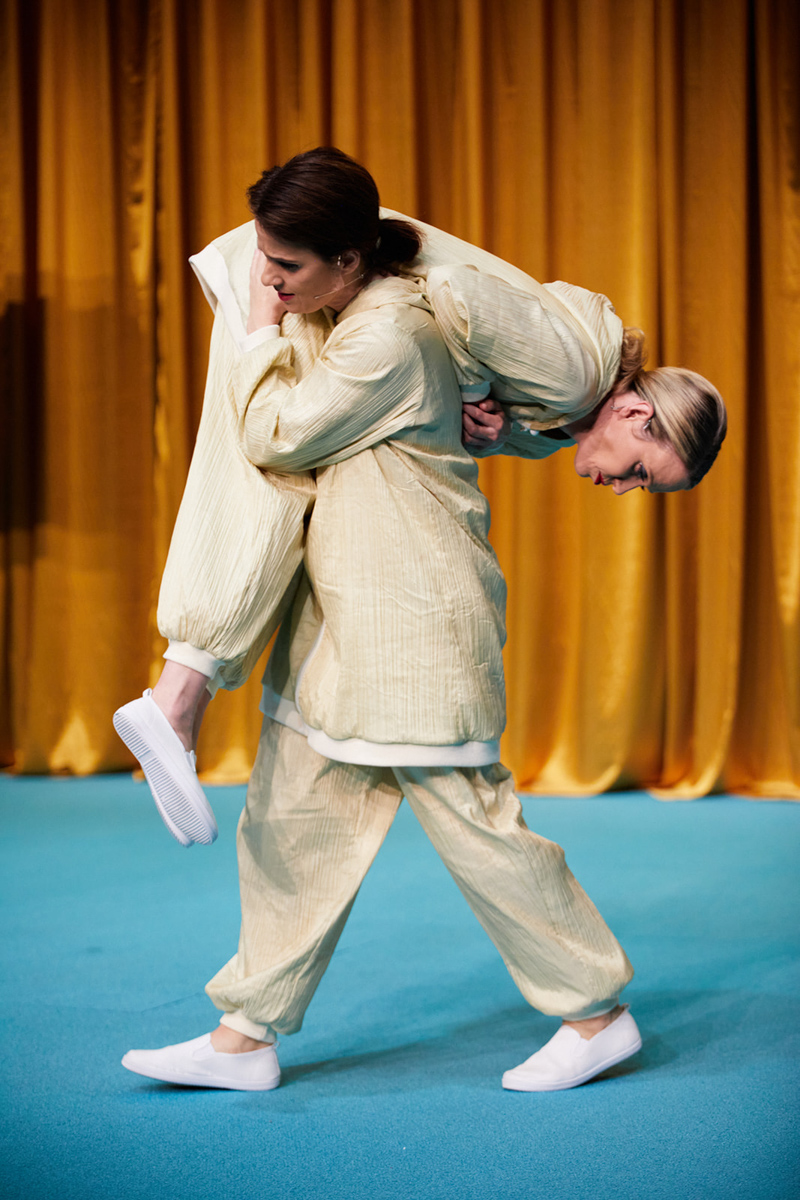 As the two performers work their way through the scenarios, always cornered by the necessity of saying yes, a third force begins to reveal itself in the work.

The set evolves radically over the course of the show. Imbued, like the text of the script, with symbolically dense images, it morphs between representing physical reflections of, and human reactions to, the deeply embedded systems that shape our lives.

“And then it gets pretty abstract with voids that keep opening… the more frustrated they get with having to say yes, with having to agree, the more they’re worn down, then things start to deconstruct
around them.”

Through this physicality, YES pushes past the intellectual. It conspires with the audience to acknowledge the untethered feeling of living within a society restrictively governed by unacknowledged (and often proactively denied) systems.

In March, the show premiered at Melbourne’s Arts House, and Kate discovered that the presence of an audience added an extra layer to the work.

“You’re in this kind of group cathartic process,” she says. “Especially when the questions turn back on to the audience, there’s this real feeling of community experience as well, which I think kind of made it more potent.” 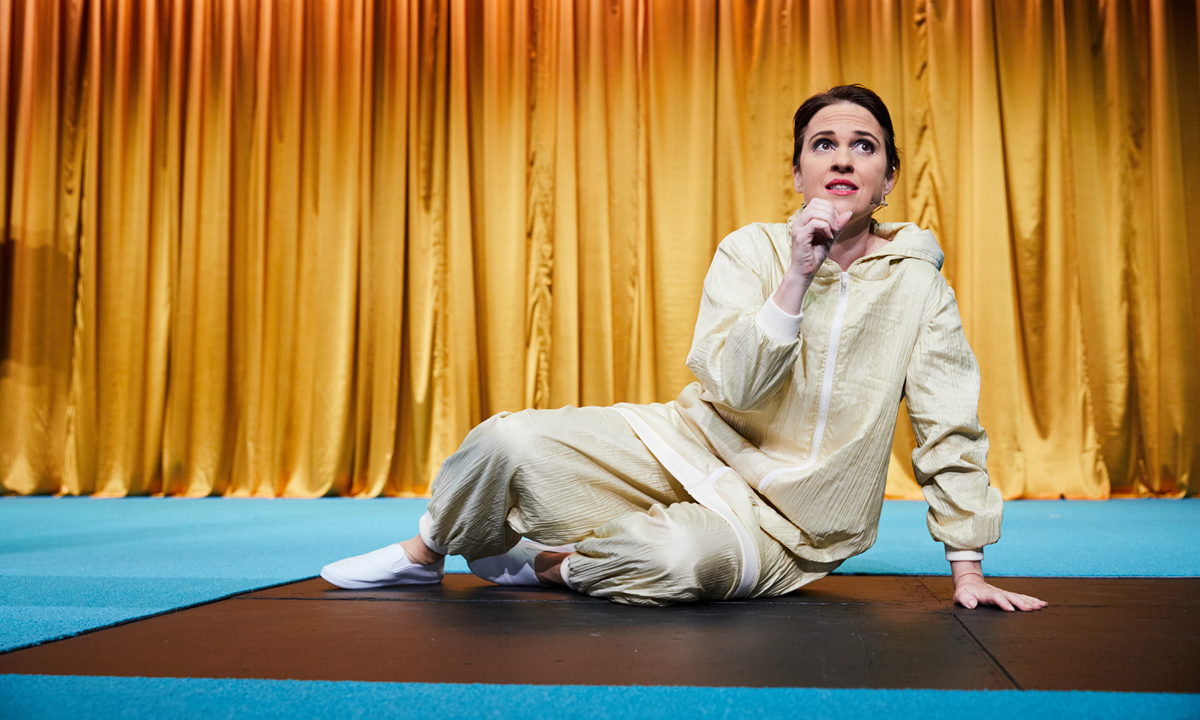 In its ability to trigger this reaction, YES embodies the unique power of theatre at its most relevant – where the immediacy of the medium is co-opted to turn powerful ideas into deeply felt revelations.

“I think it’s really important to understand how… things have been created around me, and what have I personally accepted, and do I actually believe in them?” says Kate.

“Do I want to live by that? There’s so much I don’t want to.

“We really hope with our work that this comes through in the experiential – that it is something that comes into the body and something that you feel.”