Twenty years ago, Kadlitpina Rundle Park in March had two tents and a disco ball. Now, The Garden of Unearthly Delights is home to a galaxy of star-studded acts. 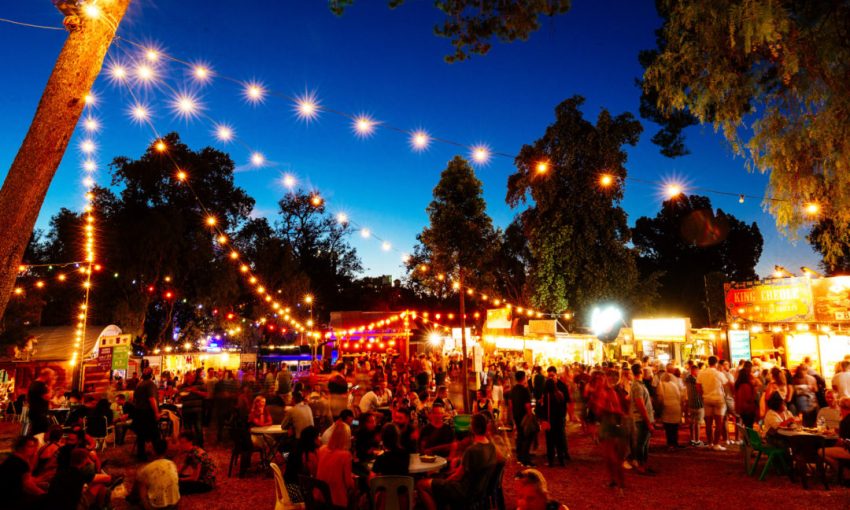 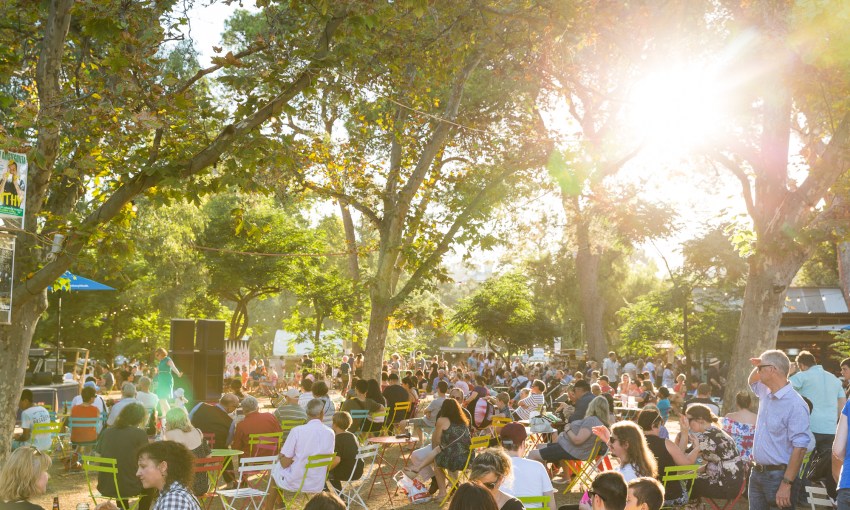 Towing a giant mirror ball on the back of a beat-up Tarago through the outback, Scott Maidment felt like he was heading into the unknown.

This article was produced in collaboration with The Garden of Unearthly Delights.

It was 2002 and the producer was on his way from Brisbane to Adelaide. The silver geodesic sphere in his trailer would, Scott hoped, draw in crowds to his newest production, an artistic pit stop known as The Garden of Unearthly Delights.

Alongside fellow producers Michelle Buxton and Andrew Walker, they envisioned the 6.5ha Kadlitpina Rundle Park site as a space for artists to perform and people to linger during the Adelaide Fringe.

“We had a Spiegeltent and one other tent there and realised that we had an opportunity to create a great entertainment space,” Scott recalls.

“The whole Fringe Festival happened in the West End in those days, so to get people to the East End we let artists do some busking outside the Spiegeltent and hoped people would come and see the show.” 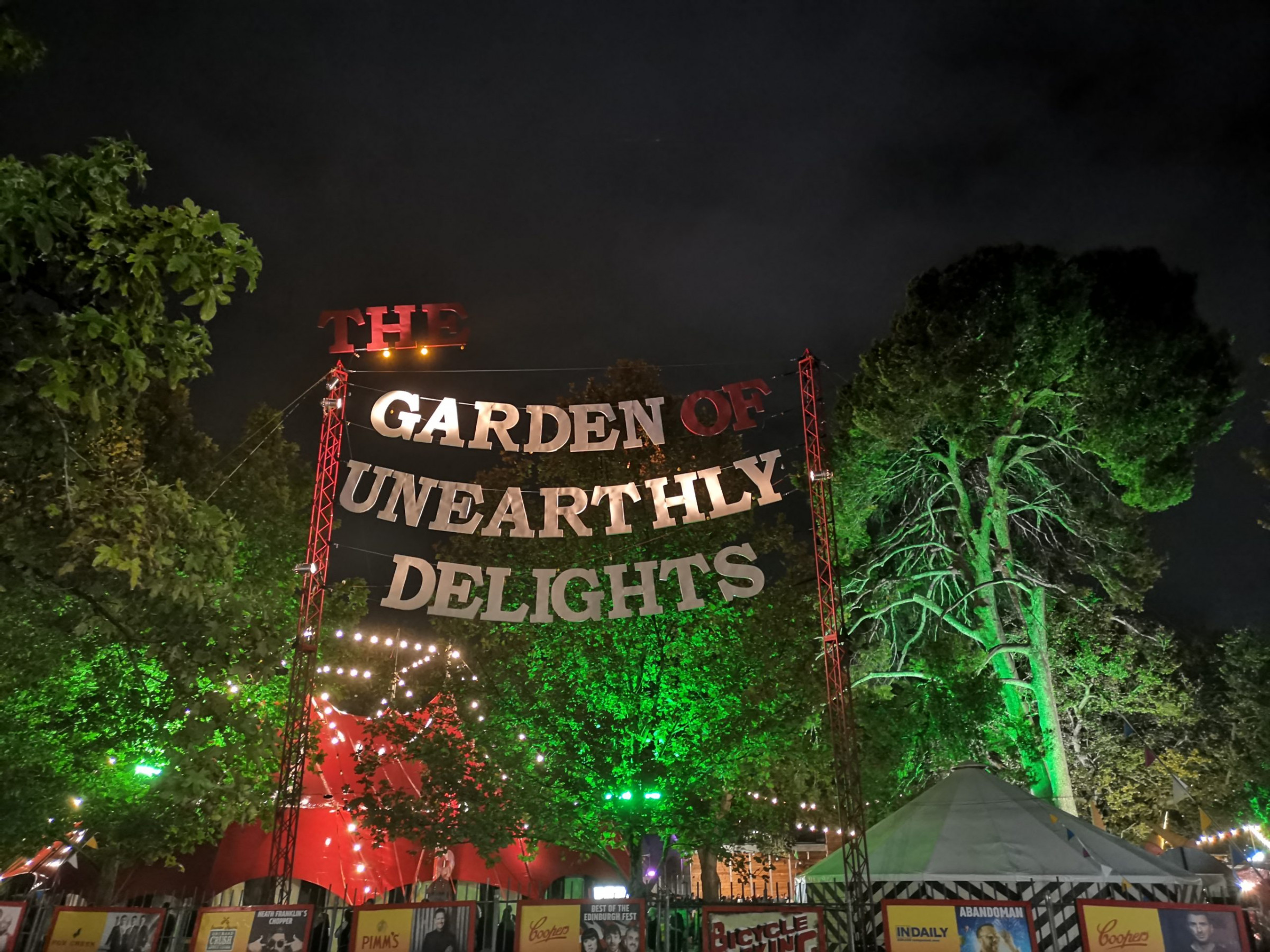 Come one, come all. This picture: Chloe Du

That year, The Garden featured 15 performances and drew in a few thousand attendees.

But interest grew, as did the star-power of the attractions – so much so that in 2020 there were 140-odd shows and more than 750,000 revellers walked through the gates of the world-class precinct.

It’s a mammoth production: 60 shipping containers worth of equipment unloaded, 7.5 kilometres of fairy lights strung across the park and millions of dollars spent.

“It really has changed the landscape of the Adelaide Fringe, and a lot of arts events in Australia and globally have copied The Garden over the last 20 years,” Scott says.

To celebrate two-decades of The Garden, organisers have curated a program around reuniting audiences with ‘old friends’. 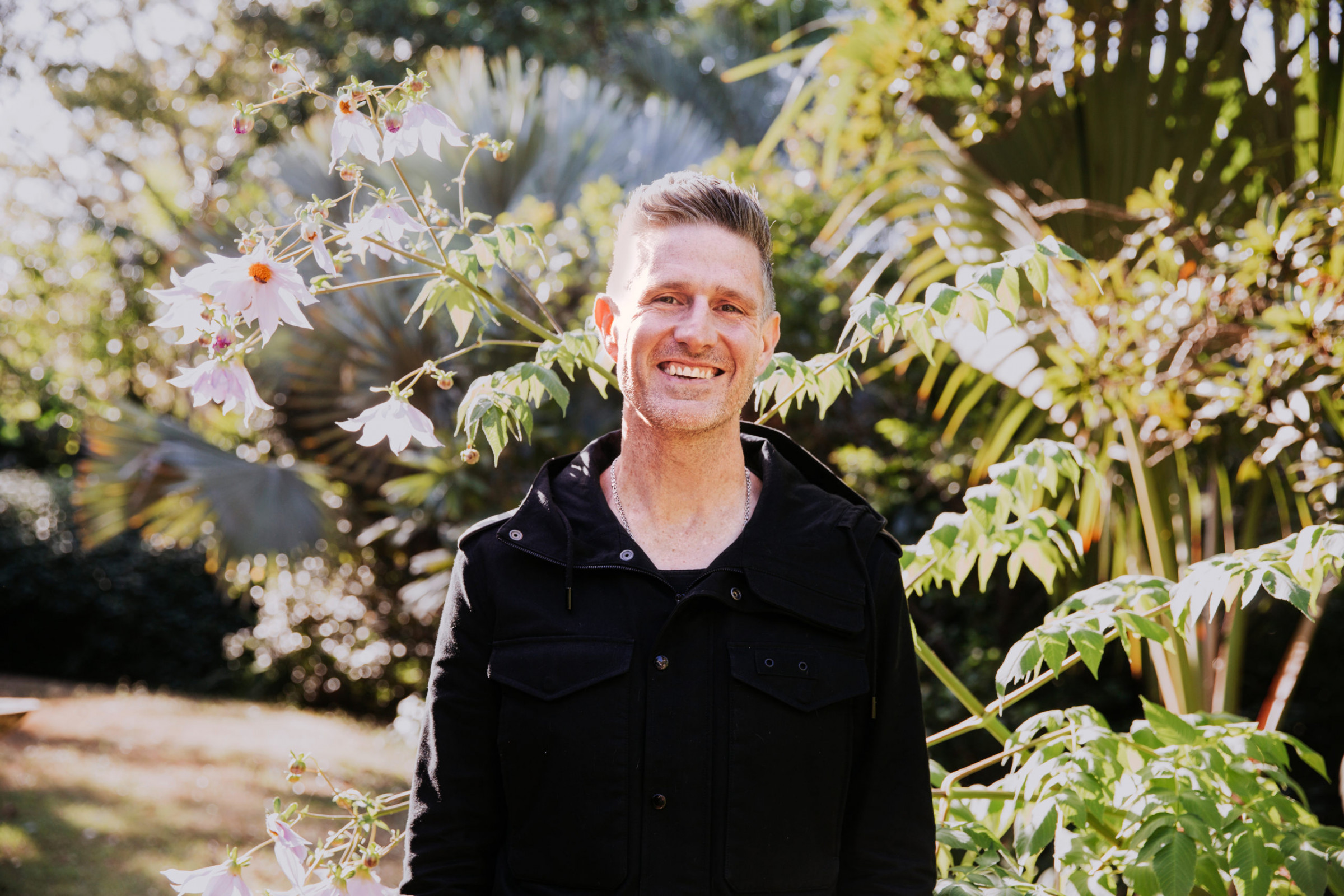 For Michelle, the excitement is contagious. She tells CityMag down the phone from Melbourne that the weeks before The Garden opens is like a big family reunion.

“The city in January is not like the city on February 17 – Adelaide really bursts into life and it’s just so exciting,” Michelle says.

“The Garden was always just for fun, and that is why we kept doing it. We do it because we love it.

“We had no money, so we recycled and repainted every piece of wood, cut them into different shapes and stuck them back together each year. In those early days it was done with real joy and a sense of excitement.

“People have always found The Garden an electric, lively place to be and over the years it has built it’s own momentum which is great.” 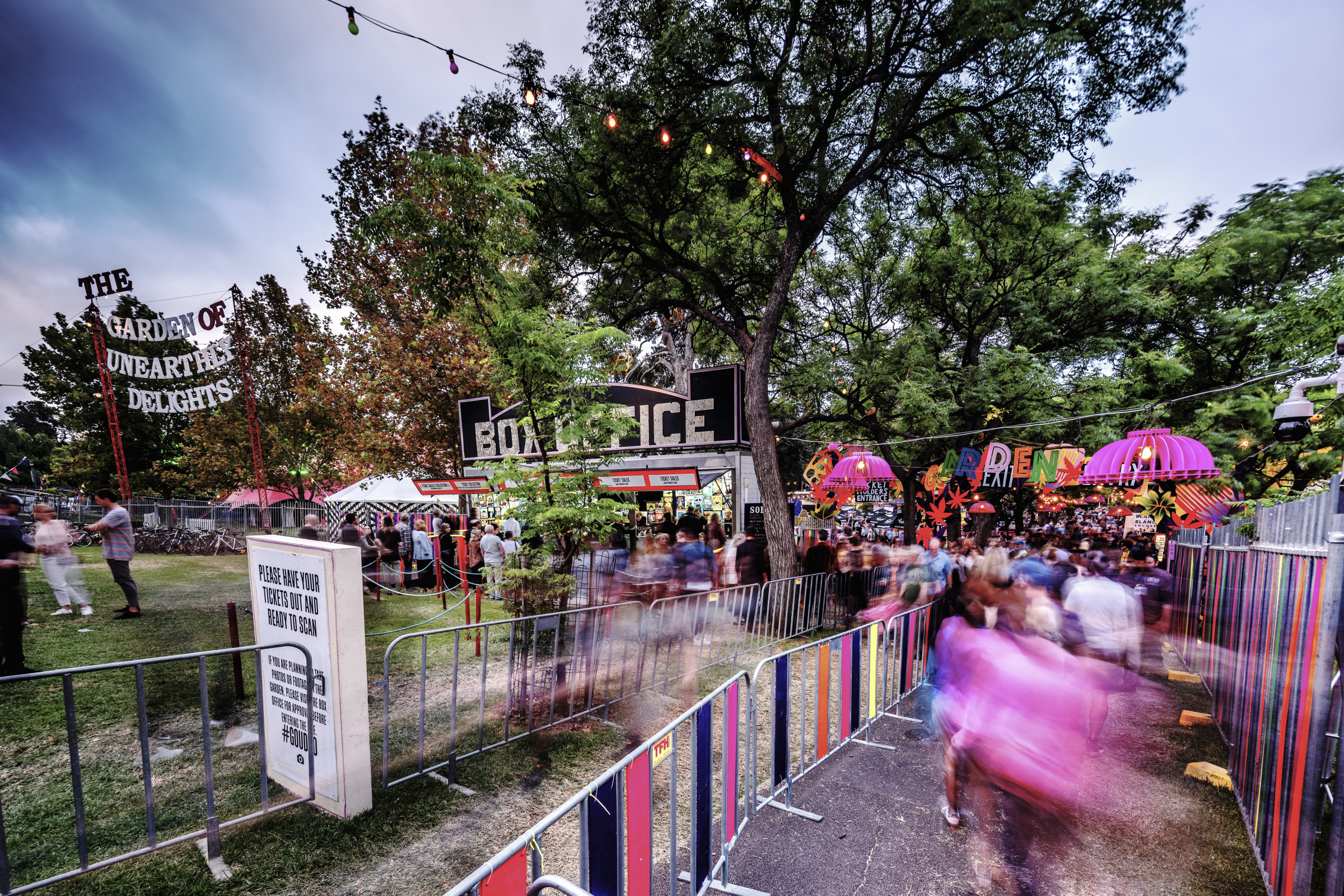 The Garden has also been a space to foster and grow emerging talent. Michelle remembers the day comedian Sam Simmons phoned in to ask for a gig. Sam, who has won a string of international comedy awards, was working at the Adelaide Zoo. Michelle booked him a little stage. He’s now preparing for his 14th year at The Garden.

“He’s gone on to have this astonishing career,” she says.

“We have launched a lot of new shows that have gone onto be hugely successful, and because of where it sits in the artistic cycle, it’s often the first time most shows get an outing,” she says.

Michelle says they have put “having a good time” at the top of the list of reasons they keep doing this, and what they want the crowds to experience.

“Suddenly 20 years has whipped by and The Garden has grown into a major event. For me it’s been extremely joyous and something I’m completely proud of,” she says.

“Certainly it’s something we did not expect, and it wasn’t a well-laid plan, it was the fortuitous meeting of like-minded people who helped create and evolve The Garden into the event we love today.

“It’s been an incredible journey.”