Cabaret Fringe Festival is busting out for a new season 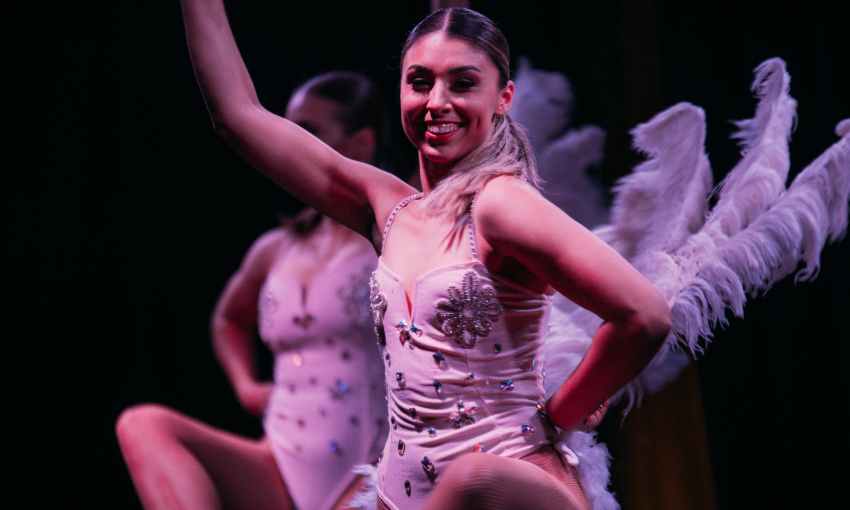 Paul Boylon has watched a lot of cabaret.

As the former owner of the old La Boheme on Grote Street, he hosted more than 800 floor shows across the 14-years the small bar’s doors were open.

“Cabaret is more a style of performing rather than a particular performance genre,” Paul tells CityMag.

“It’s in an intimate setting, there’s a connection with the audience and what that sort of helps evoke in the performer and their performance is something a little bit different every time the show runs.

“You can see the show three times, but it will be a little bit different each time. That is the capital ‘C’ in cabaret.”

That’s exactly what audiences can expect from next month’s Cabaret Fringe, Paul says.

The brain child of the late Frank Ford, the event was conceived in 2001 as an ‘enfant terrible’ sibling to Frank’s other event, the much-grander Adelaide Cabaret Festival.

Cabaret Fringe was seen as an experimental platform for artists, who could cut their teeth on the stage to adoring fans who were just eager to see something new and different.

The festival came and went over the years, until Paul, along with two other partners, revived it in 2008. They hosted the grand return at La Boheme and the event grew to include surrounding venues, with more acts and more audience members lapping it up year after year.

“Cabaret Fringe is a different sort of animal,” he says. 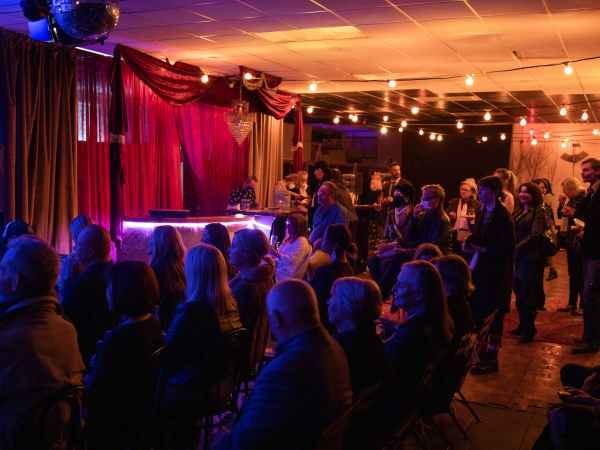 “The Adelaide Cabaret Festival is sort of about international acts and bigger Australian acts, so it’s not focussed solely on local talent.

“We just knew that there was a lot of people about and that there needed to be a space at the same time for them to get audience and show their wares.”

Paul owes the success of the event to Frank, who passed away in 2018. As well as founding both festivals, he was also the inaugural chair of the Adelaide Fringe.

“He was a massive supporter of South Australia artists and had a big belief in the quality and the talent that was here,” Paul says.

“He’d been everywhere and he knew that South Australian artists could hold it up to anyone in the world.”

The Cabaret Fringe Festival runs from 3—13 June 3 at various venues.

In Adelaide Tonight with Fiona O’Loughlin and Friends
Fiona O’Loughlin, a veteran of the Australian comedy circuit, returns to the stage with her latest work. The performer has gone public about her battle with alcoholism and her ADHD diagnosis later in life. Fiona’s hour-long show at Currie Street’s Arthur Art Bar promises comedy, music, and special guest interviews.
Tickets

Serpent Dancer
Arguably Australia’s foremost serpent dancer and snake charmer, Flavella L’Amour mixes glamorous burlesque and vintage belly dance. For 90 minutes, L’Amour takes on the look of an Egyptian goddess as she dances with her colourful snakes slithering across her body. The performance, on 10 June in the Rydges South Park dining room, comes with a two-course dinner, and guests are asked to dress in their finest masquerade.
Tickets

Burlesque Blues
Following a sold out Adelaide Fringe 2022 season, the Burlesque Blues will transport you back to the smokin’ hot 60’s era – think Etta James and Billie Holiday, and all hail the ultimate, B.B. King.
Tickets

PERIOD.
Hot on the heels of her award-winning show The Catchelorette, diva Carla Mattiazzo talks about the ‘beautiful bloody bleeders’ in her 60-minute show at The Arch at Holden Street Theatres. Inspired by real-life events, Mattiazzo discusses the ins and outs of periods to an eclectic musical soundtrack.
Tickets

Let’s Dance
For two nights, a group of burlesque dancers take over rooftop venue Nineteen Ten and throw audiences back to the 1980s. Donning leg warmers, neon, lace and some big hair, the show will celebrate everything about the 1980s through nostalgic hits from David Bowie and Whitney Houston.
Tickets