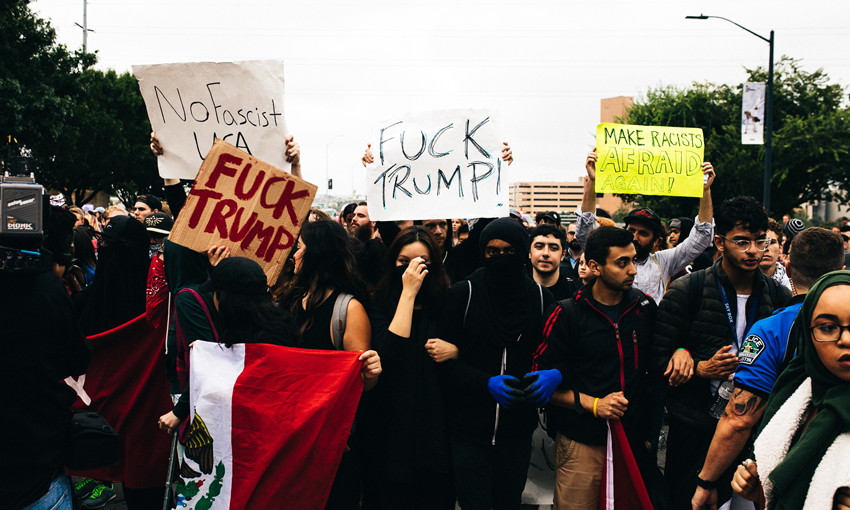 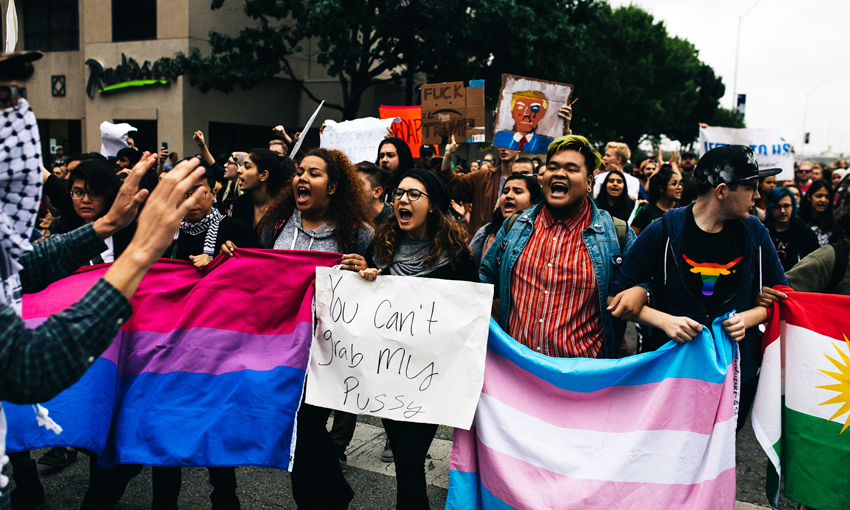 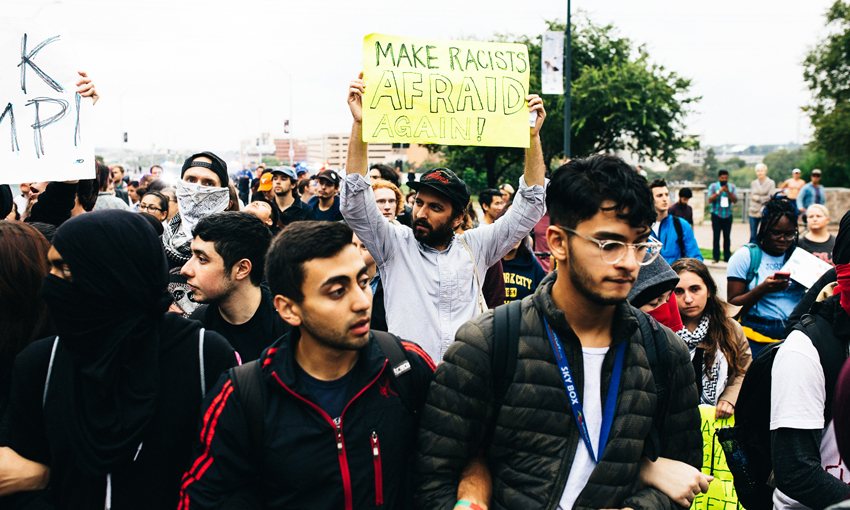 We landed in Austin at 1.15pm the day after the USA election. At 2.15pm, after emerging from hotel check-in, we were swamped by an anti-Trump rally.

The crowd appeared to mostly consist of university students yelling reassuring slogans like “No facism in the USA!” and “Fuck Trump! Fuck Trump!”. As they advanced, police tried to keep the protesters to one side of the road, but they changed their chant to, “Fuck the police!”, and marched wherever they wanted. The cops just laughed and kept everyone safe by holding traffic at bay.

It was a loud and chaotic introduction to Austin, but one that banished my fear that entering Texas might actually mean entering a place that lives in the past. Austin is an island of progressive blue in the middle of Texas’ ocean of red, and its people reflect that.

But as the angry college students marched away, with the casual police providing a polite tail, I wondered what it was they were protesting and what they were hoping to get out of it.

Sure, they understandably hate the idea of Trump running their country, but protesting against the fact that, by all indications, their country elected someone fairly and in accordance with their democratic system is a little odd.

Usually we protest policies or actions, or maybe an individual’s decision. I’ve protested Australia’s involvement in the Iraq War, Australia’s treatment of refugees, and Australia’s policies on climate change. They’re all things that could conceivably be changed. But Donald Trump’s election, barring impeachment, electoral college rebellion or other unlikely technicalities, is not going to be over-turned.

But, the students have nothing more than Trump’s menacing personal characteristics to protest. There aren’t any policies or decisions to write placards about because, as TV pundits here are fond of saying, no-one knows what happens now.

What Donald Trump will really do on any specific issue is an ongoing mystery, because he has no voting record. His campaign promises seem to be less than reliable, especially given his initial interview with 60 Minutes. His style of leadership is yet to be determined and even his more controversial staff appointments are mostly giving way to think pieces that are the equivalent of a confused shrug of the shoulders.

Not only is Trump as an individual politician a mystery, there’s no equivalent past Presidents to hold him up against. Never before has America elected a reality TV star businessman to the top job, so there’s no precedents that indicate how this will go.

He’s an anomaly and as the rattlingly empty and circular rhetoric of the post-election media here proves, there’s little information on what America’s tomorrows might hold. But I certainly agree with the protesting students that whatever lies ahead in the great unknown of Trump’s Presidency, we’re probably not going to like it.