By maintaining a 16th Century view of Africa, Australia is missing out on trade and collaboration opportunities with the world’s next big economic powerhouse, writes She Shi.

Sitting back with re-runs of West Wing in the background, the 27th African Union Summit in Kigali, Rwanda is streaming on three devices  – including via an unhealthy amount of open tabs on the dashboard of Beast (my laptop).

But there’s no Australian coverage.

Watching, reading, chatting on multiple social media groups, I’m part of a diverse group from different corners of the globe waiting for the fulfilment of a promise made to this generation by the last – an African Union Passport (AUP).

She Shi is one lady with many passions.
Among other things, she is a community activist for diversity and inclusion in South Australia.

The AUP allows Africans to roam as free as the Big Five (lion, elephant, buffalo, rhinoceros and leopard) across sun-kissed African savannas, deserts, mountains, rivers, lakes, and of course through the bustling cities, gridlocked roads and markets of the continent. It’s a momentous decision, yet the silence from Australia’s media on the topic isn’t surprising.

As though by magic, the West Wing re-run is season two, episode 16 in which White House press secretary C.J. Cregg is introduced to the inaccuracies of the Mercator projection world map. The map was designed for 16th Century sailors and remains popular to this day, although many argue its problems render it near useless. For example, on that map, Africa appears to be the same size as Greenland, when in fact Africa is fourteen times larger than Greenland.

When Australia remains quiet on significant policy changes like the creation of an AUP, it begs the question: are we still bound to the old world view that Africa is a small continent synonymous with poverty, war, underdevelopment, and disease? To me, it often seems the answer to that questions is a concerning ‘yes’.

In an aging world, Africa’s most valuable asset is its people. By 2034 the continent’s young population and growing labour force is projected to measure about 1.1 billion – the world’s largest working age population.

Although some African nations struggle presently with job creation, the continent has seen 21 million new stable jobs created over the past five years. It’s a strong start underpinned by resilience through diversification; when sectors like manufacturing and resources have experienced low growth, other industries have come forward to cushion the blow.

Africa has been leapfrogging other economic forces by harnessing the power of technology.

In the process, the continent has unlocked growth while sidestepping the limitations and costs of physical infrastructure. According to Global System Mobile Association (GSMA) intelligence report, smartphone penetration is expected to reach 50 per cent by 2020, up from a mere two per cent six years ago. Microsoft launched Windows 10 to the world from Kenya, while Google, Facebook, and other tech giants are getting cosy in what is being called the Savanna Valley – one of Africa’s Silicon Valley equivalents where companies like Uber play and collaborations develop.

Education has seen heavy investment, and South Australia’s education sector has been a direct beneficiary as ambitious African international students head here to learn from the minds that created Wi-Fi.

However, with the recent wave of “White Australia” nationalism, these students face the taunts and racism that minorities have come to accept as part and parcel of “living the Australian dream”. I’ve experienced it first hand – of all the things my Australian adventures have taught me, one of the first was that I am black.

This kind of discrimination stems from Australia’s biased view of Africa. If we can move beyond that, there’s even more opportunity to be had – Africa’s consumption is predicted to hit approximately $2 trillion USD by 2025, and this could be a lucrative and much-needed opportunity for South Australia’s food and wine sector, creative industries, urban planners and entrepreneurs like Eco-Caddy.

But those lines of trade and collaboration will never open up if the Land Down Under doesn’t change the way it sees Humanity’s Ancestral Home. An African proverb tells us that “Until Lions have their own storytellers, tales of the hunt will always glorify the hunter” – but I’ve been hearing the African continent roar my whole life, and I think Australia is beginning to hear it too. 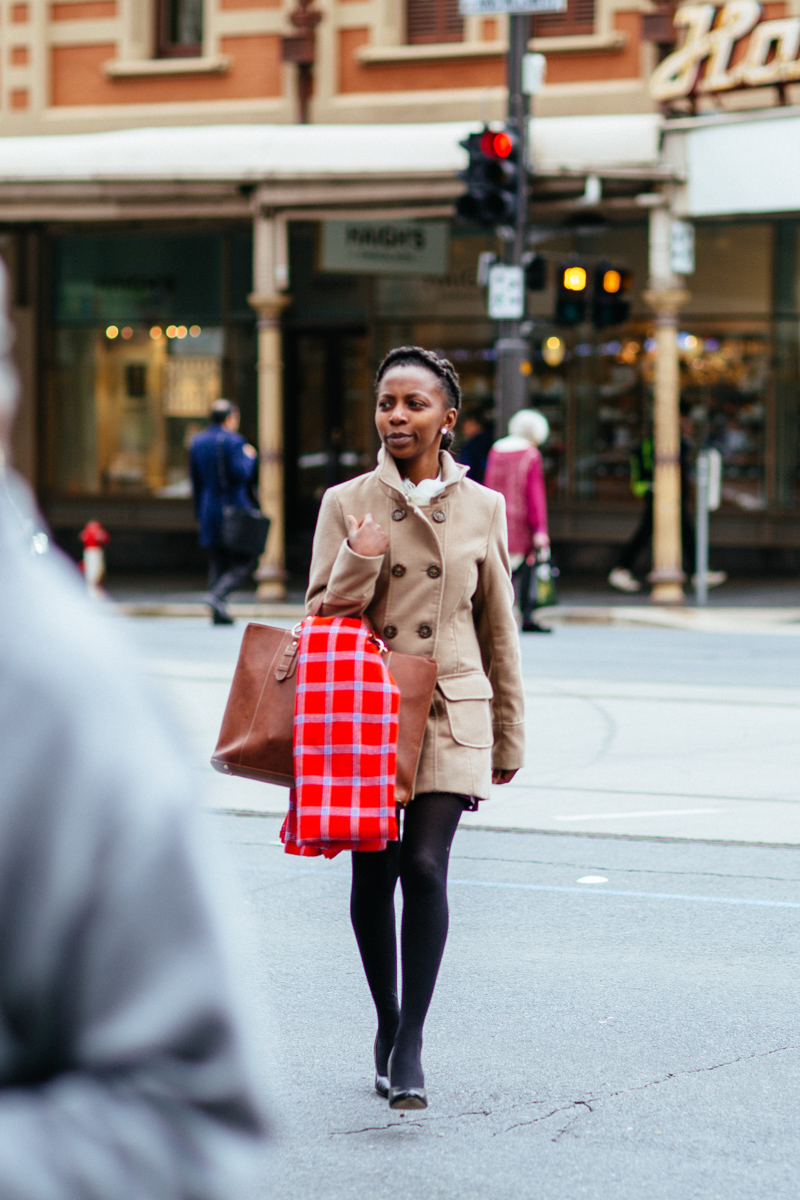