City scales up and ticks over

Cartoonist Ross Bateup turns his pen toward two major changes for SA - wondering what will happen to the cottage-dwellers as the city grows skyward and taking a lighter look at the threat to our idiosyncratic half hour time zone. 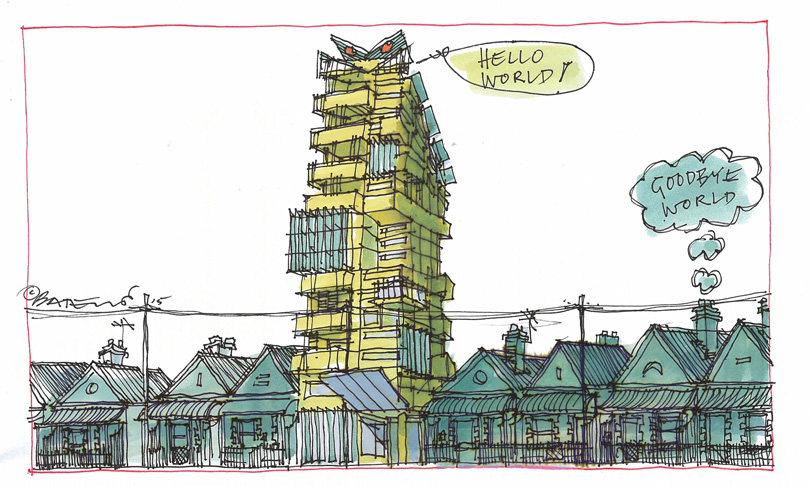 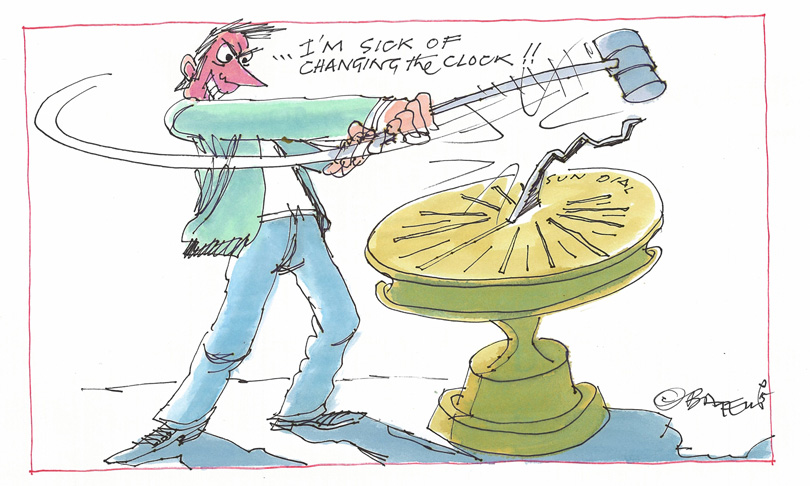 As work finally began this week on a much-delayed and amended 25-storey apartment block on Waymouth Street, Adelaide has woken up to the realisation that the scale of the city is changing. With most of the residential buildings within the square mile still topping out at mid-density levels, developments like that on Waymouth Street and the 29-storey Vue on King William are a sign of things to come. As much as the transformation might irk those living in the city’s traditional miner’s cottages it now looks like a future that will have to be accepted at worst, or embraced at best.

Meanwhile, time is running out to offer your opinion on another major change in SA. With the first round of Government consultation on proposed changes to our time zone winding up tomorrow, cartoonist Ross Bateup wonders how people using old technology are coping.