With a new single out and a self-titled EP in the works, The Empty Threats speak to CityMag about rejecting the concept of a cult bandleader and why they're desperate to return to the stage. 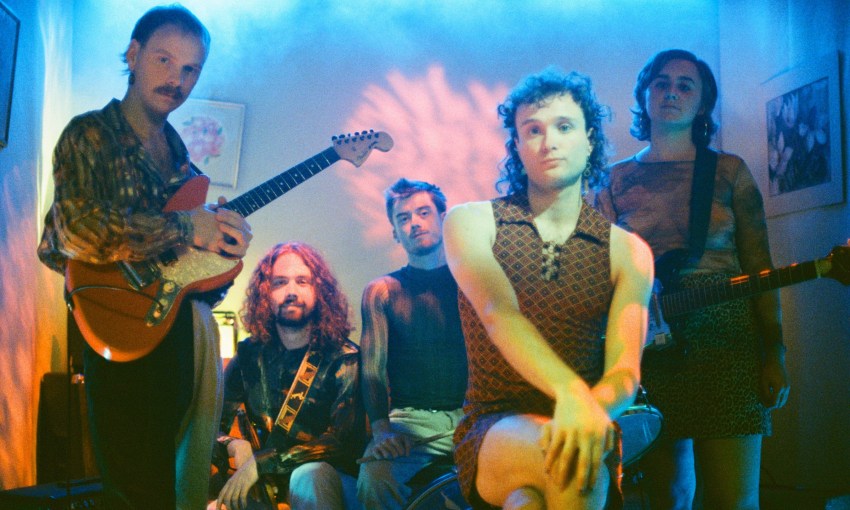 To conjure up the idea of a musical frontman is to imagine an iconically defined leather-clad rock and roll god.

You know the type – back in the ’60s was a bright-eyed and bushy-haired Jim Morrison of The Doors.

In the ’70s, cue the wiry, bare-chested Iggy Pop from Iggy & The Stooges.

And frontmanism is not only the domain of the boys.

Our favourite contemporary example of unbridled, magnetic front-person energy comes in the form of punk blonde firebrand Amy Taylor of Amyl and The Sniffers.

Historically and contemporarily, a front-person is cast as the most entertaining, engaging and physically ambitious member of the band – think Peter Garrett.

It is this person’s job to act as the portal through which the crowd can connect to the band’s music, a physical conduit of the sonic and aesthetic.

The statuesque Stu Patterson from The Empty Threats fits this archetype.

When CityMag speaks with Stu over the phone, he’s at bandmate Matt Schultz’s house in Hectorville, which doubles as a recording studio and songwriting space.

“I get into this weird trance where I don’t even remember what happens on stage,” Stu says.

“You start playing and then there you go – you just give your full self to it.

“For me personally, playing live is a really important outlet because you’ve got the stage for 45 minutes, and especially in everyday life you can’t necessarily do whatever you want.

“But when you’ve got the stage for 45 minutes, you’ve got nobody telling you what to do, or no overbearing responsibilities. You just get to play and do whatever you want.”

It needs to feel good live. If I can’t dance to it then it’s useless.
—Stu Patterson

Stu is a commanding presence on stage, taller than his bandmates, with an extra couple of inches provided by big brown locks that bounce whenever he does – which is a lot.

And he has a prog-rock predilection towards his electric clarinet, which sounds deliciously warped when its signal is sent through a mass of guitar pedals.

Though he fits our prescribed definition, Stu says he “never really liked the term ‘frontman'”.

“The way I perform is just who I am and I’m just there doing my thing,” he says.

“I don’t see myself as a bandleader. As much as I love some of that music that the myth comes from, it’s not me.”

He’s simply putting “everything out there” to convey The Empty Threats’ adventurous tendencies, which he describes as musically neo-psych with licks of noise rock and post-punk flavours thrown in.

Elements of The Empty Threats’ live energy can be see in their fantastical music videos, like the recently dropped clip for K (see below), in which Stu transforms from a sea monkey into human form.

Alongside Stu, The Empty Threats is made up of Matt, who also plays in Tiles, on the guitar; Katie Pomery, another member of Tiles, on another guitar and back-up vocals; Lenny Regione on the bass; and Michael Bond on the drums.

The band’s crunchy harmonies and fills provide space for Stu’s lyrics to breathe.

A six-track Empty Threats EP is slated for release in late September. The release will traverse topics from Buddhism to break-ups.

The Empty Threats have been around since 2014, starting with drummer Michael and two friends.

The current kaleidoscopic ensemble came together over the intervening seven years, with Stu joining the band in 2015, Matt jumping on board a year later, classically trained bass player Lenny recruited the year after that, and Katie joining another year later.

For Stu, the presence of Katie, who is also a solo artist, unlocked a new side to the band.

“I really wanted to be able to have some nice harmonies and be able to explore more vocal ideas, so Katie joining was the last piece of the puzzle,” he says.

“From there, we’ve been developing as a current five-piece.”

The band is known amongst Adelaide music fans in Adelaide as The Empties, and they’ve drummed up a reputation for their electric live performances.

CityMag has been lucky enough to see them perform live and was caught in the meandering journey the crowd was taken on, through distorted guitars and clarinet solos.

The result is a phantasmagoric soundscape hooked to a thumping, danceable bass riff.

We hope the audience can feel our energy so they can let go for 45 minutes like we try to.
—Matt Schultz 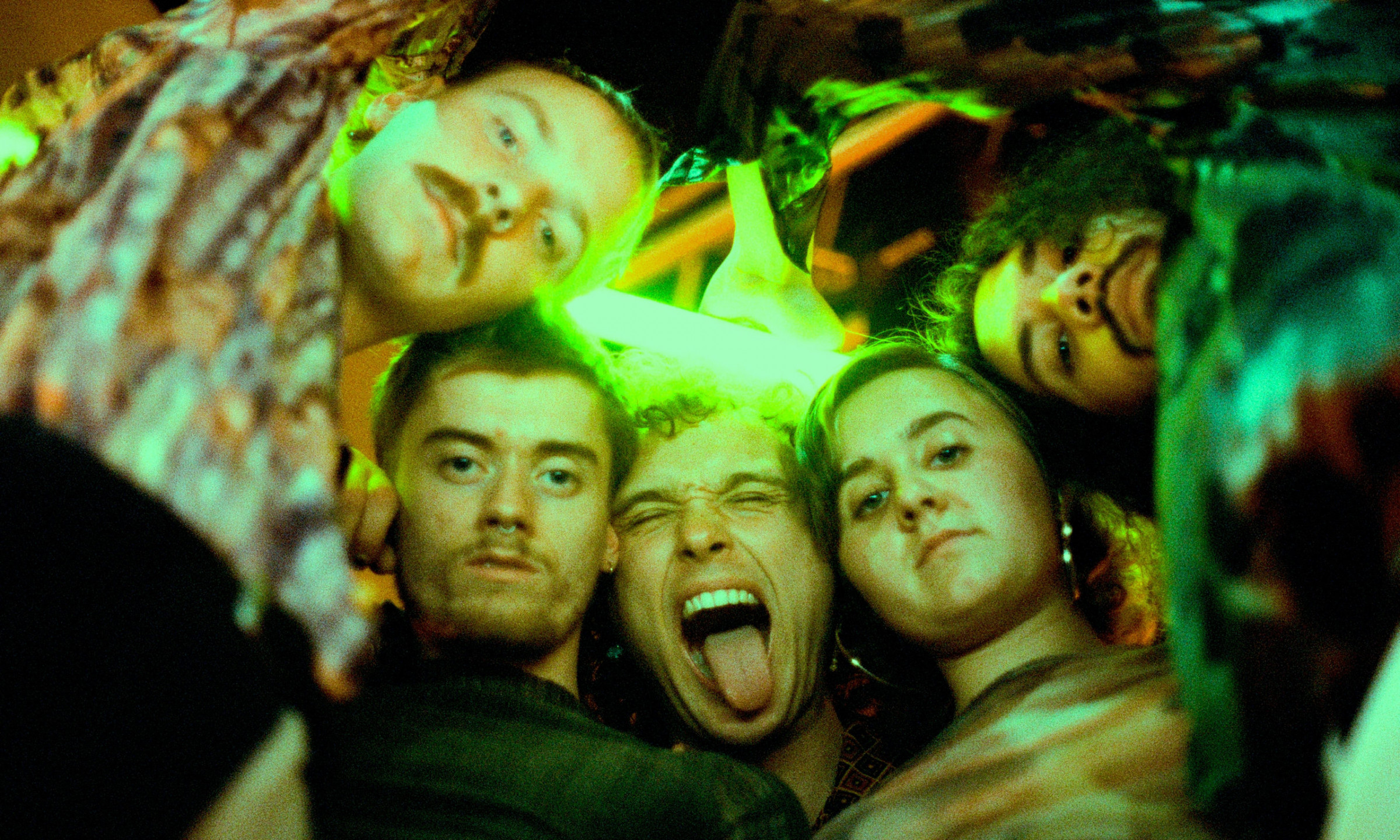 “I find the clarinet can be a really good dynamic instrument to build songs,” Stu says. “It really does just pierce into your earhole.”

Stu studied at the Marryatville Special Interest Music Centre, where he was classically trained in the clarinet.

On joining The Empty Threats, Stu felt ambivalent about his role within the band, but he quickly adopted a personal mission to Make Clarinet Cool Again – particularly within the realm of psych-rock.

“After high school, I had to find something that I enjoyed in music, because I think I was burnt out with doing classical and really didn’t enjoy it, or didn’t enjoy music at all,” Stu says.

“When we first started the band, instead of trying to learn guitar as a lead instrument, I was like, ‘I know how to play clarinet. I may as well chuck that in somewhere and see if we can figure that out.’

“It just developed from there over many years.”

Matt is not classically trained in guitar, but he is responsible for cementing the band’s current sound and mood.

He recorded and mixed the entire upcoming EP, and two prior singles, from his home studio.

The Empty Threats
A self-titled six-track EP will drop in September.

“I’m more studio-minded, so it’s more about the tone and the feeling,” he explains.

With the live music industry still in disarray thanks to the pandemic, Matt and Stu say they miss the stage and the feeling of conveying The Empty Threats in a live environment.

Live performance is so important to The Empties, if Stu can’t dance to a song, it’s canned.

“It needs to feel good live. If I can’t dance to it then it’s useless,” he says.

The band recorded and wrote the majority of their upcoming EP last year during lockdown, and say some of the songs were inspired by concurrent break-ups experienced by Stu and Matt.

The aim going forward is to try and play live in front of as many crowds as possible.

This is because the essence of The Empty Threats is difficult to understand until you have it flying in your face.

“We hope that the audience can feel our energy and receive that feeling as well, so that they can let go for 45 minutes like we try to,” Matt says. 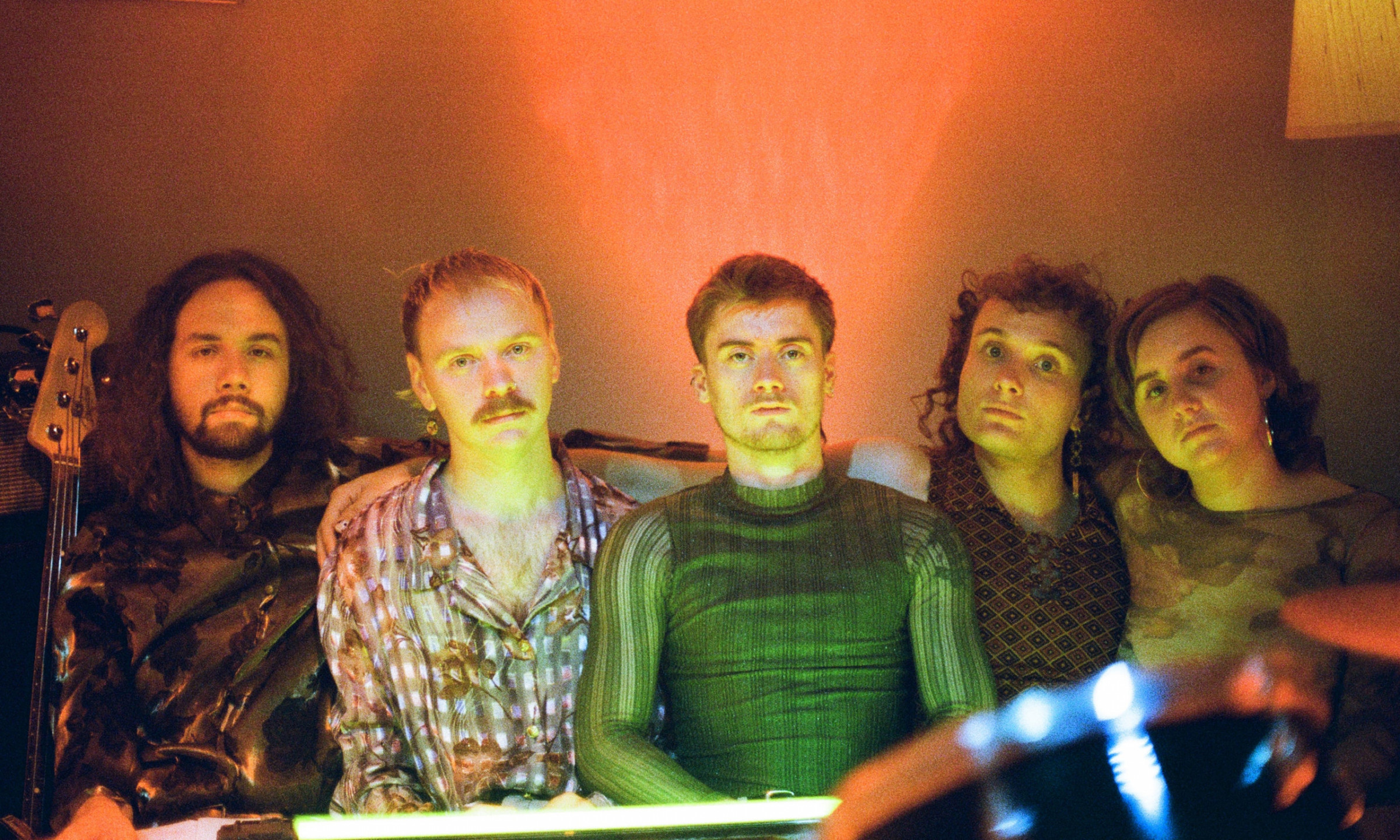