OIL! has nothing to lose

Like its liquid namesake, improvisational experimental band OIL! is viscous, slippery and flammable. We went backstage with the outfit to chat about how they mastered musical freefall. 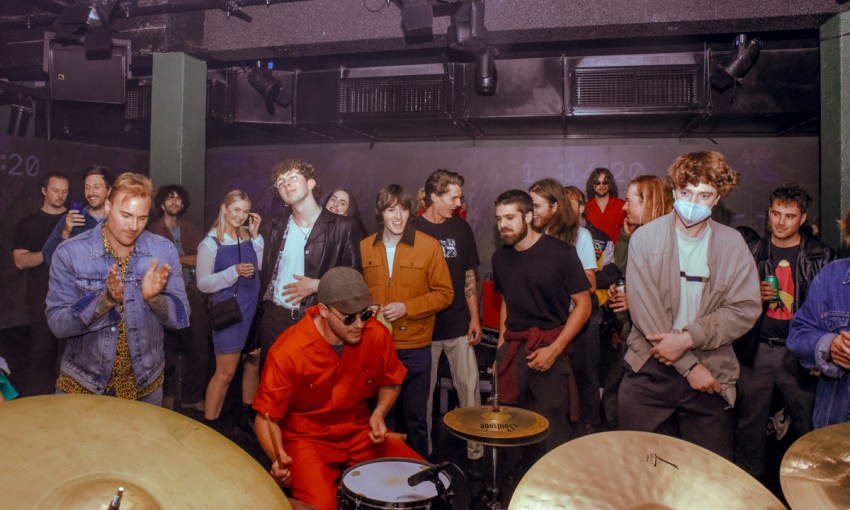 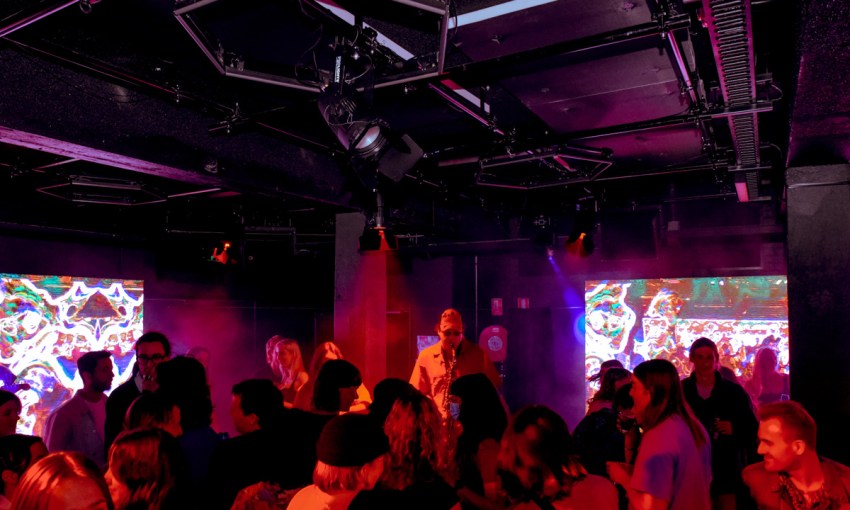 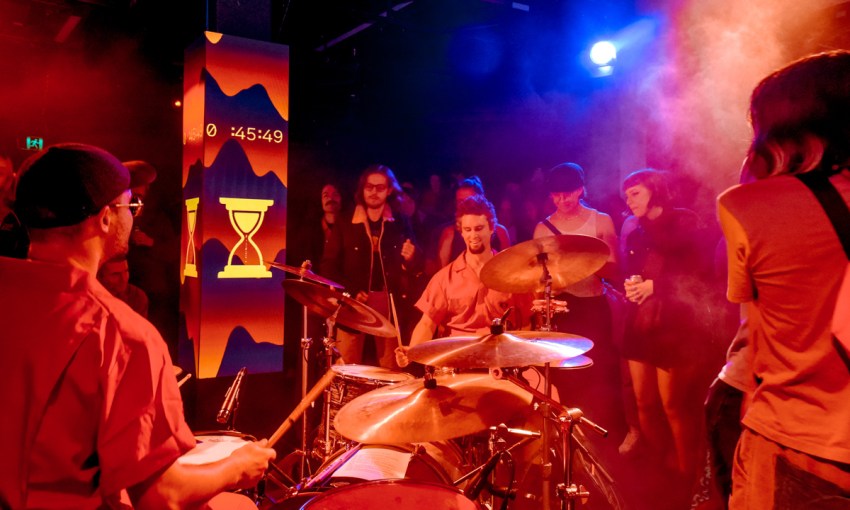 OIL!’s genesis starts like many good stories do — with a lie. When the band booked its very first gig, it didn’t yet exist.

“Ricky said no to that gig with the Belair Line Band, so we just made up another group and were like, ‘We have another band’.

“We did a couple of other gigs and people seemed to like it. Then we took it seriously.”

OIL!’s eight band members lounge in The Lab’s green room, cradling beers like water bottles after what they describe as a feat of endurance. For two hours, the mercurial musical group – known for being a “party band”, as one punter told CityMag – tested the borders of their probing sound.

Instead of a set list, each member was given a “vibe list” for this performance. This piece of paper dictated that at the 30-minute mark the band would all play “in the key of G”, says lead guitarist Ricky Albeck, and “then it was noise at one hour”. 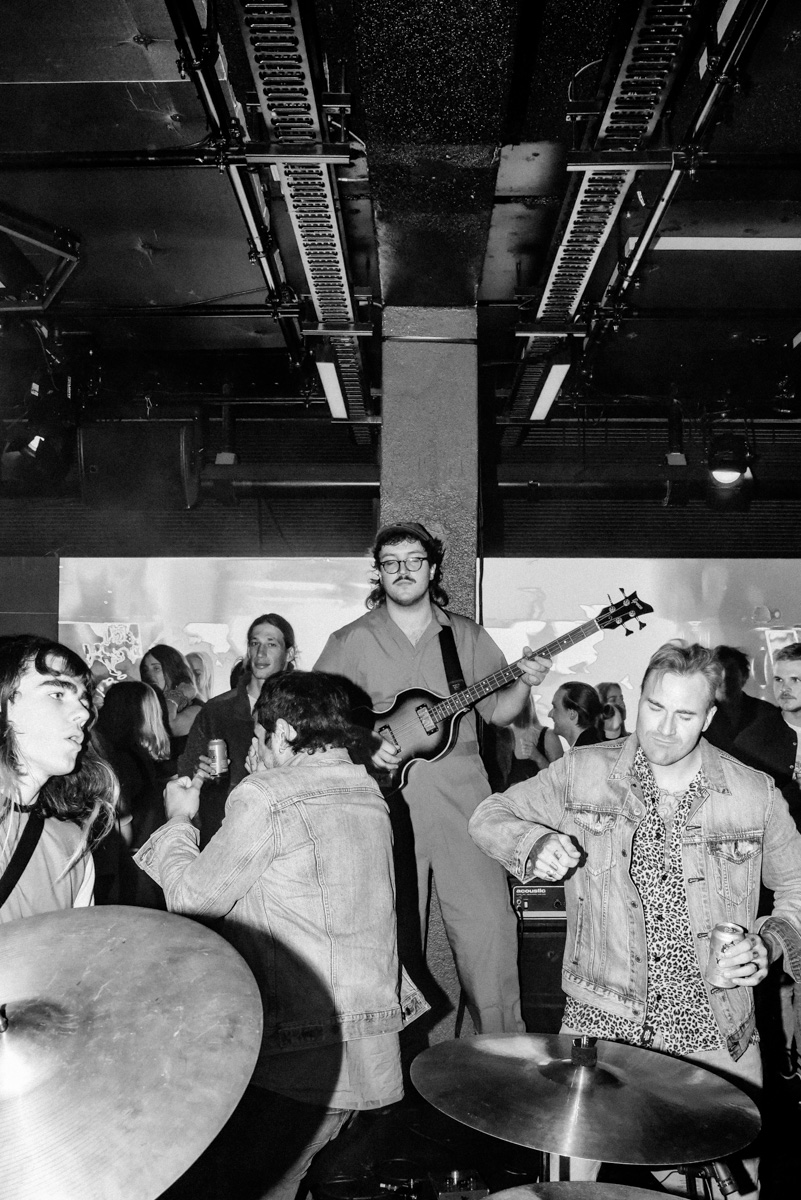 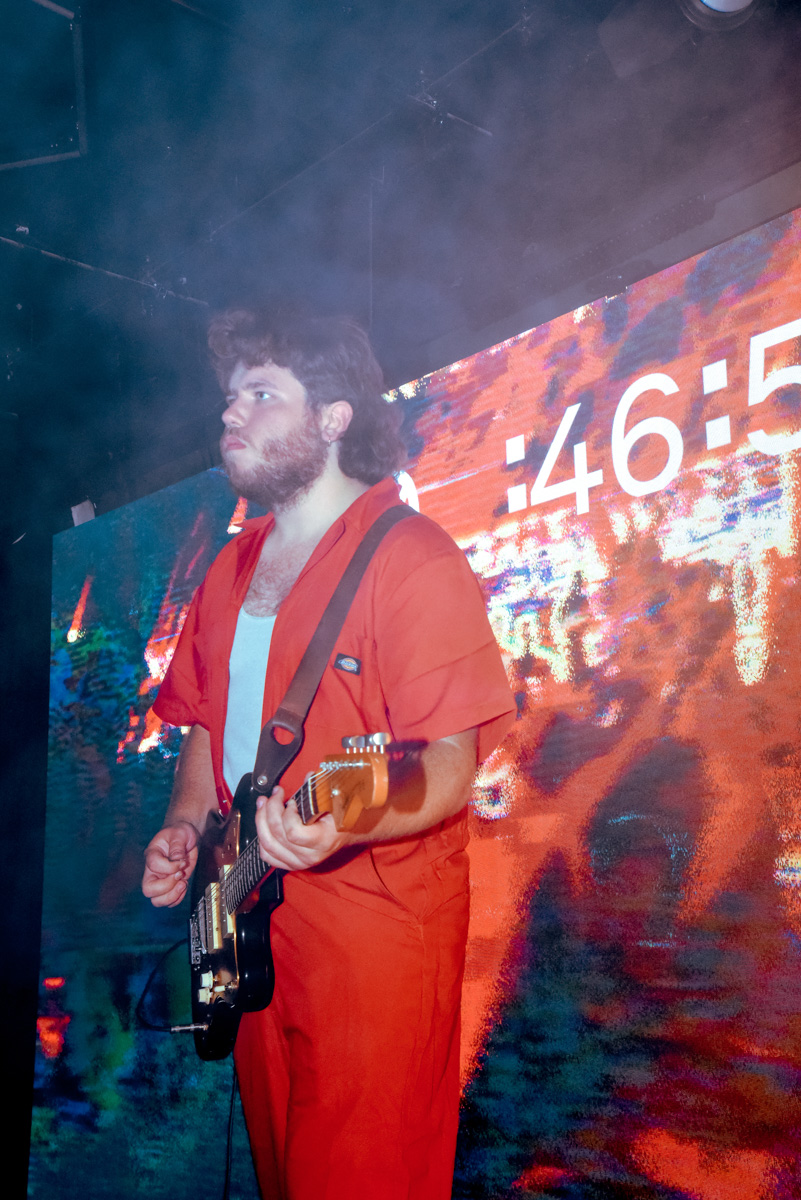 While performing, The Lab’s wrap-around neon screens displayed clocks counting down the two hours – painstakingly, second by second – until the experiment ended. “The endurance is that for the last 30 minutes we both had to pee really bad,” laughs theremin player Maisie Gilchrist.

The group performed while spread across three elevated stages, bandmates whipping each other into an artistic frenzy, despite the distance. By the culmination of the two-hour performance, the crowd was similarly heaving. Punters successfully dissolved the line between mosh pit and stage, and at one point danced so ferociously between the two drumkits, they almost smacked the hi-hats.

The band members all wore boiler suits, with some individually distinguishing accessories. Their uniformity of rhythm came from the steady hand of bass player Jesse Davidson. “We all look at Jesse,” Colby says, while undressing mid-interview. (He shouts cheekily this detail is “off the record!”)

OIL! has improvisation at its core, providing its highly talented musicians – all of whom hail from their own successful bands – space to explore dynamics, tempo and texture in an unbridled environment. This is what makes the band so exciting to watch – at any minute they could unravel and collapse into their own discovery. 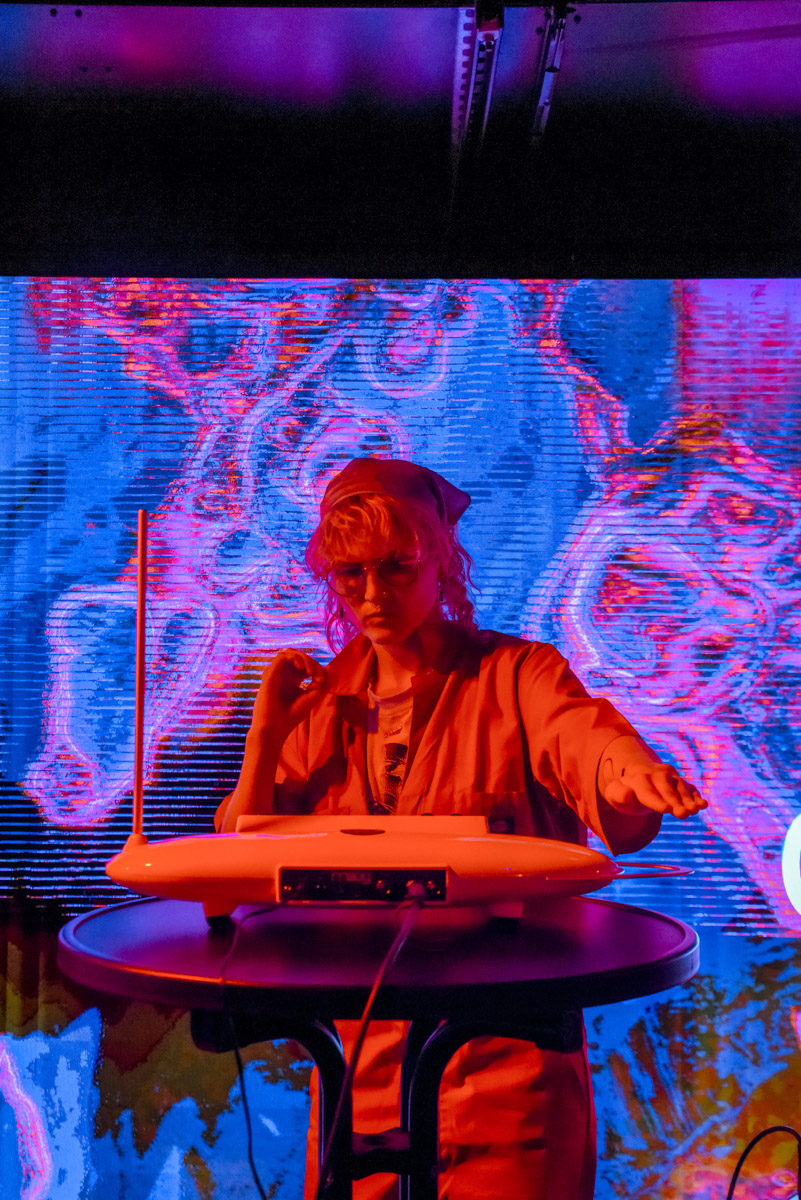 Sax player Tom Spall says there was a point where he thought this gig would fall apart. “But then something happened,” he says, a wry grin spreading across his face.

“Someone picks it up, I reckon,” Ricky says. “I looked at Jesse, and he was doing one note on the bass and I was like, ‘Fast?’ and he was like, ‘Yeah!’” The bandmates also communicate non-verbally, following the leader by gut feeling. Instinct will hit, Colby says, calling you to pick up a lead line, and the others will “charge towards you” like a stampede.

OIL!, so far, only exists in this ephemeral format. There are no recordings released, and its Instagram page is relatively quiet, except in the lead up to a gig. “There’s no point to OIL!,” Stu Patterson, another saxophonist, says, but, beneath their laissez-faire attitude to the band, there is a thrust for OIL! to continue booking shows and to tour. An album is also in the works.

“We just went to a studio at Brighton, Twin Earth, and jammed for an hour,” Colby says. They’re in the process of cutting and stitching the release now.

In its commitment to improvisation and live experimentation, OIL! performs on a thin line between success and failure. This is not always a comfortable place for a performer to be. We put this thought to the group, and Stu fires back: “What do we have to lose?” 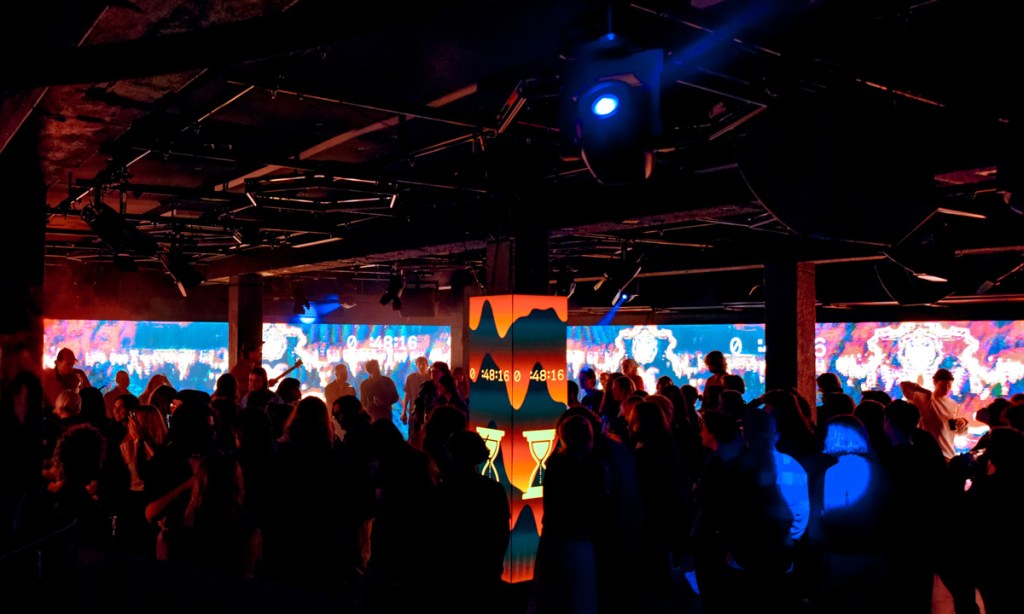