My Adelaide with Suzie Keen

It only took one night for InDaily arts editor Suzie Keen to fall in love with Adelaide and its arts scene.

When I moved to Adelaide around 12 years ago, I knew next to nothing about the city.

I fell for a South Australian and after a whirlwind long-distance romance packed up my house, car and cat and relocated from Queensland to a state I’d visited only a couple of times.

This article first appeared in print for CityMag’s 2021 Festival Edition, on streets now.

The first thing about Adelaide that won me over was its Goldilocks size and shape: not too big, not too small, and with a nice tidy CBD layout that appealed to my love of symmetry and reminded me of Christchurch in my home country New Zealand (no coincidence, since they both bear the William Light touch).

The surrounding Parklands – especially the Botanic Garden – and beautiful heritage buildings along North Terrace quickly became, and remain, among my favourite features.

Other things that brought me joy were the discovery of great South Australian food and wine, and a thriving, diverse arts and culture scene.

I’ve had a lifelong love of the arts and suffered withdrawal during several years living on Queensland’s Sunshine Coast.

It was a shrewd move by my (now) wife Kylie to take me to see a contemporary dance performance at Her Majesty’s Theatre on our first date in Adelaide. It’s hard to say what moved me most: the dance, the historic theatre or the retro pink ladies’ loos.

Having worked as a journalist all my career – first in Christchurch, then London, Sydney and Queensland – I was happy to land a job with Solstice Media (publisher of CityMag, InDaily and SALIFE) as soon as I arrived here.

It was November, so I was also immediately immersed in the city’s festival scene with Feast Festival.

One of the highlights of that year’s curated program was American actor, jazz singer and comedian Lea DeLaria, who wasn’t yet mainstream-famous for her role as Big Boo on Netflix’s Orange is the New Black.

Having previously seen her perform overseas, I volunteered to review Lea DeLaria is Naked – she wasn’t – for The Independent Weekly (print predecessor of InDaily).

The show was at Higher Ground, a small venue in Light Square that no longer exists, and it was a rollicking mixture of queer comedy and ballsy jazz that left me buzzing like I’d just skolled a dozen double-shot espressos with a whisky chaser.

Adelaide, I’d discovered, ticked all my boxes. And I hadn’t even experienced Mad March yet. 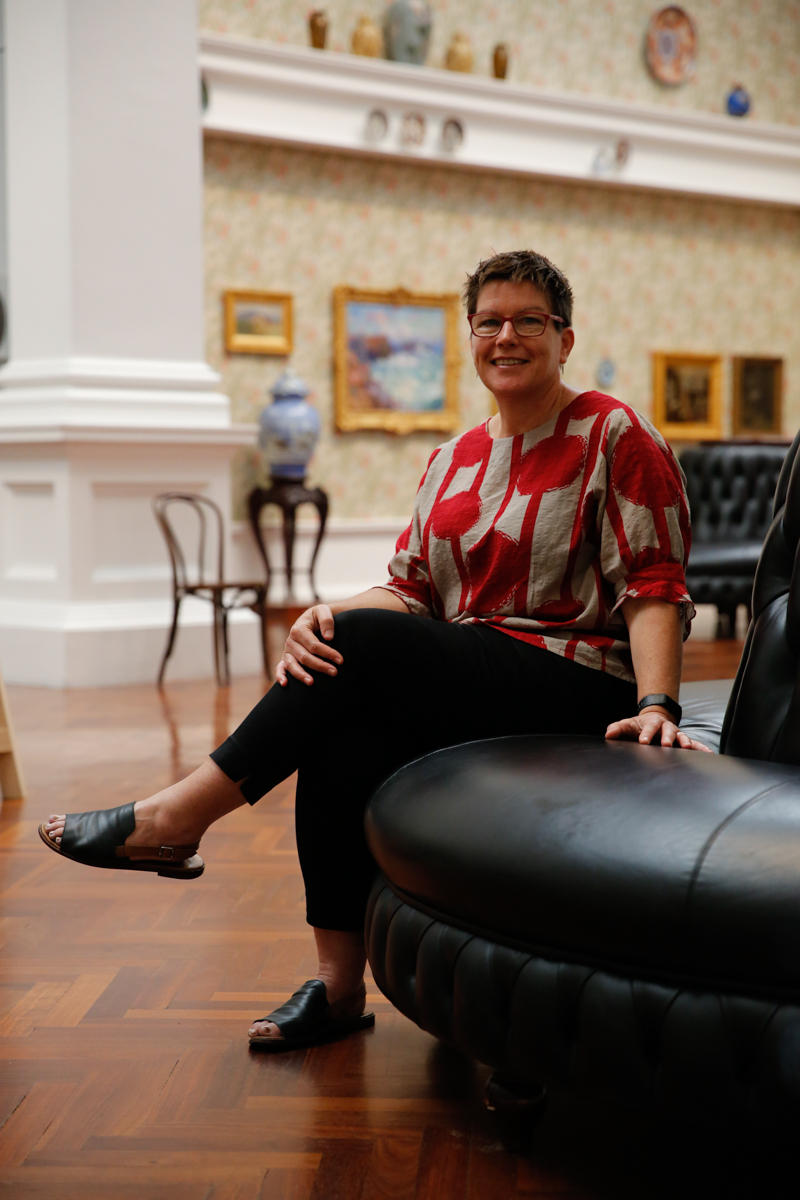 In the years since, partly thanks to my role as an arts writer and now arts editor, I’ve been lucky to enjoy the full gamut of arts and culture experiences Adelaide has to offer, from dancing barefoot with thousands of others lost in the world of music at WOMADelaide and watching thrilling theatre productions on stages large and small, to sitting under leafy trees on a summer’s day listening to conversations about books at Writers’ Week or finding sanctuary amid the beautiful works in the Art Gallery of SA’s grand Elder Wing.

I’ve seen performances by South Australian arts companies and artists that have blown my mind, made me laugh out loud and moved me to tears.

It’s been heartbreaking, this past year, to watch artists struggling as a result of COVID, but also inspiring to be able to share stories of how many pivoted to create imaginative online works, virtual concerts and digital exhibitions.

Now, with the creative sector firing up again and the summer festivals upon us, there could hardly be a better time for the launch of Solstice Media’s new project, InReview.

With funding support from its foundation partners (the Judith Neilson Institute, Ulrike Klein AO, Tracey Whiting AM and the Helpmann Academy), InReview is dedicated to reviews, news and commentary covering everything from theatre, music, dance, books and poetry, to visual art, design, film and television.

It is a sub-site of the InDaily website, with a free digital magazine sent to subscribers each Wednesday. This will be supplemented with print features in CityMag and SALIFE magazine.

InReview will extend the depth and breadth of coverage of South Australia’s arts and culture sector, while also offering fresh opportunities for local writers, and I’m excited to be part of it.

I also can’t wait to get out there among it during the 2021 festival season.

Sure, it will look a bit different and there may be no barefoot dancing, but it’ll still bring a much-needed buzz to Adelaide after a year we’d rather forget.