With so many acts performing at Fringe each year, the annual print guide has become a weighty tome. To make the show selection process a little easier, we’ve asked a few South Australian arts industry types to recommend their favourite local artists on the bill this year.

Emma Fey is the CEO of Guildhouse, a not-for-profit organisation founded to support South Australian visual artists, craftspeople and designers. 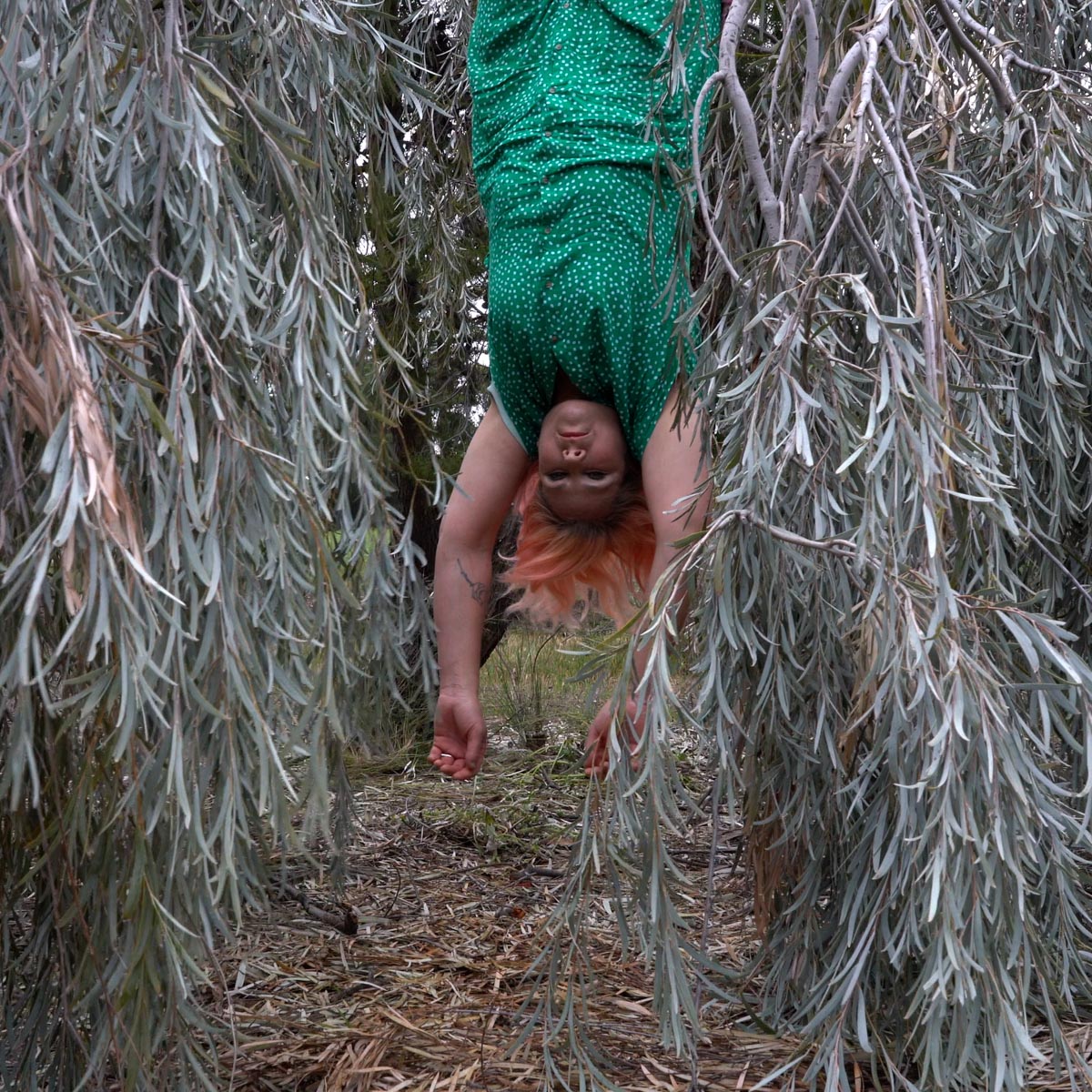 Ritual Nature features a new series of evocative, ethereal performative videos by South Australian artist Ray Harris, exploring ritual actions in connection to cleansing and death. Her work is the result of a research-based residency investigating the mid-1960s and 1970s conceptual art collection at Flinders University Museum of Art. The Collections Project is a collaborative project between Guildhouse and Flinders University Museum of Art. 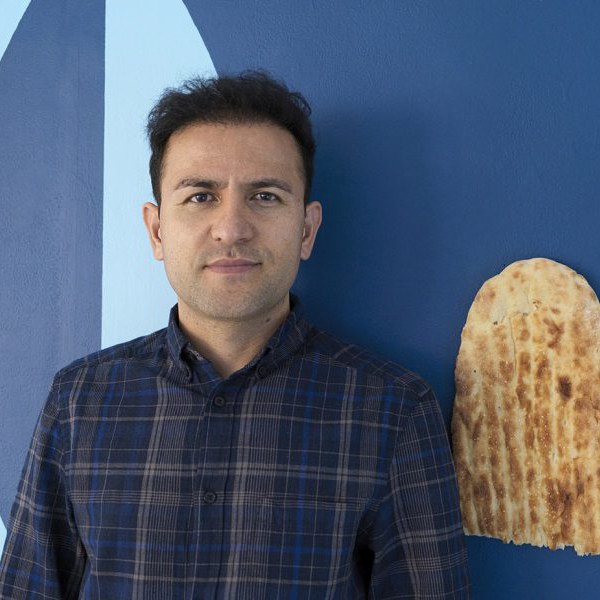 South Australian artist Elyas Alavi brings together a group of diverse emerging artists to explore identity, politics, race, migration and modern slavery in the multidisciplinary exhibition Contact. Featuring local artists Makeda Duong, Jonathan Kim and Abrahim Mohammadi as well as artists of colour from around the world, this show tells the stories we need to hear right now. The works all draw on the artists’ distinct personal histories but together they tell the story of shared understandings. 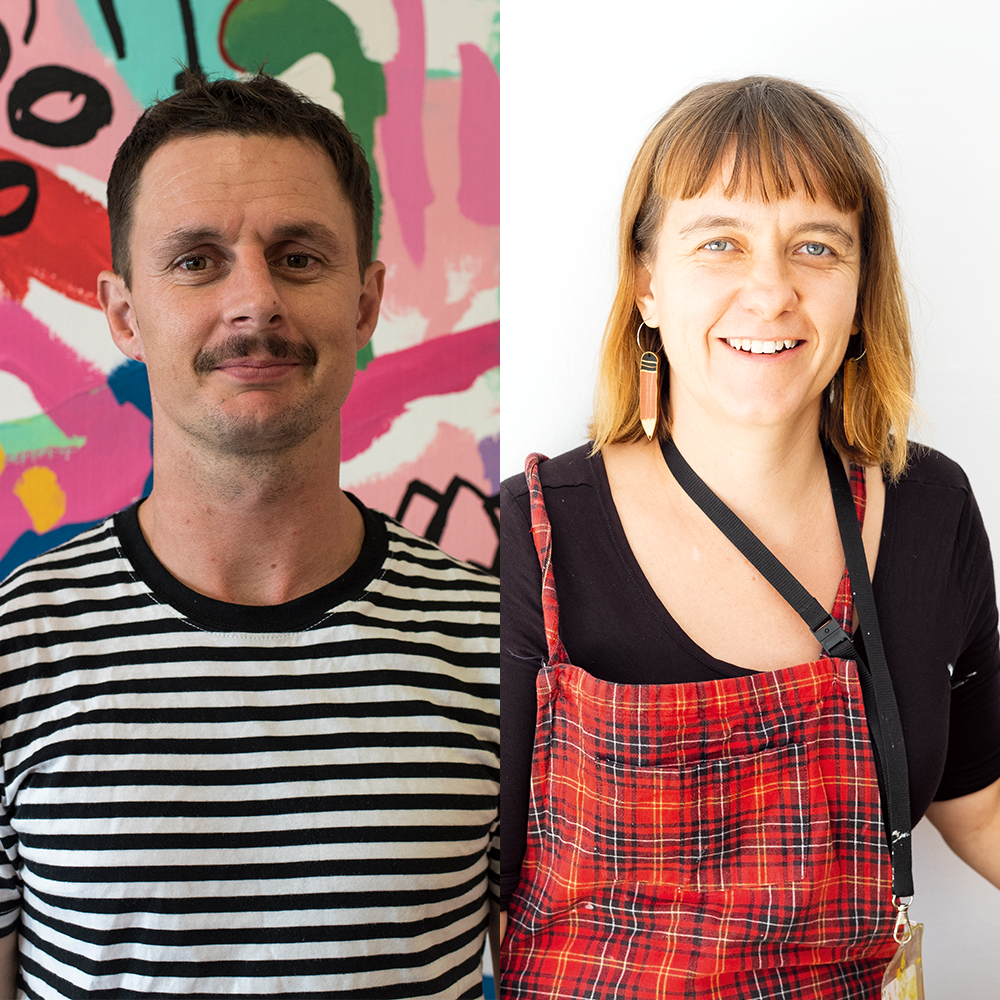 Run for the Hills! Immerse yourself in a riot of colour at the Hahndorf Academy with South Australian artists Arlon Hall and Claire Wildish. Arlon’s Nice to Meet You invites you to experience the interplay of painting, sculpture, light and installation with a colourful 3D installation, whilst Claire’s The Papyrophilia Project has been designed by kids for kids. Hours of fun for everyone.

Suzie Keen is the arts editor at InDaily and is now at the helm of Solstice Media’s (that’s us) new digital culture magazine InReview. 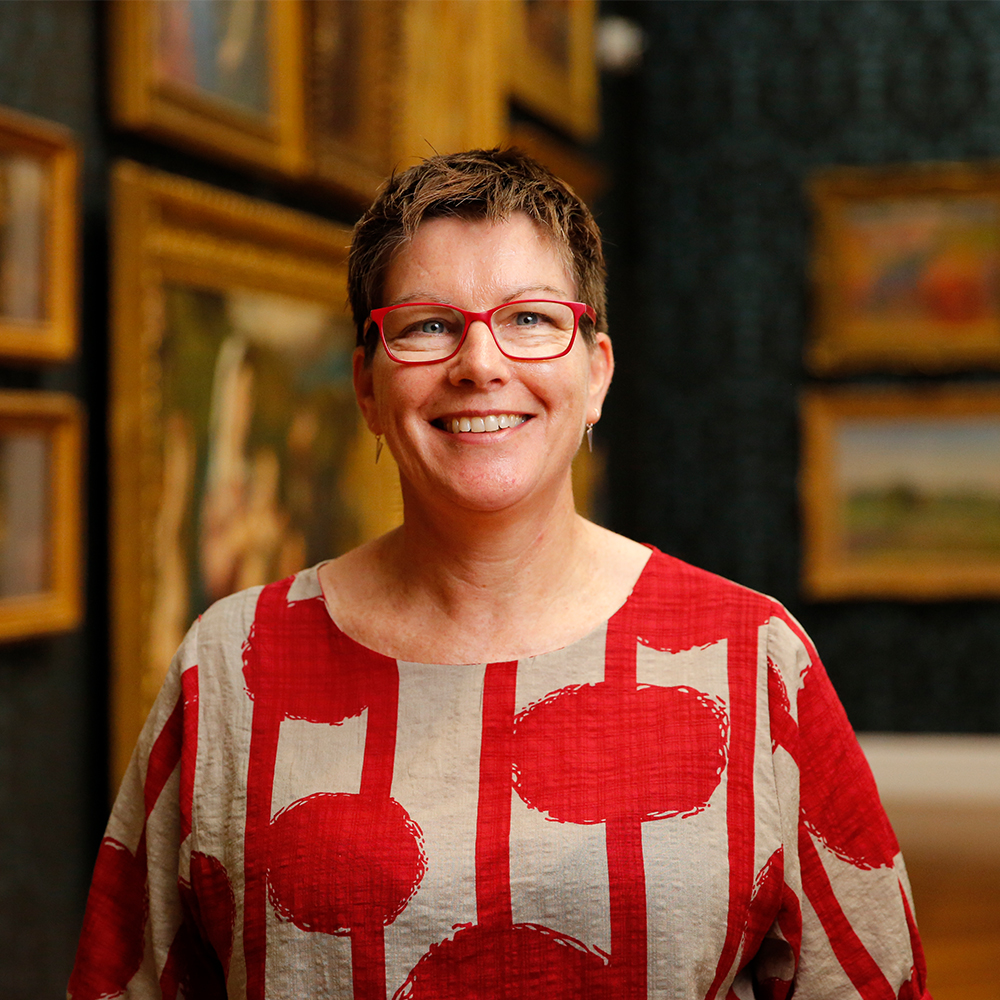 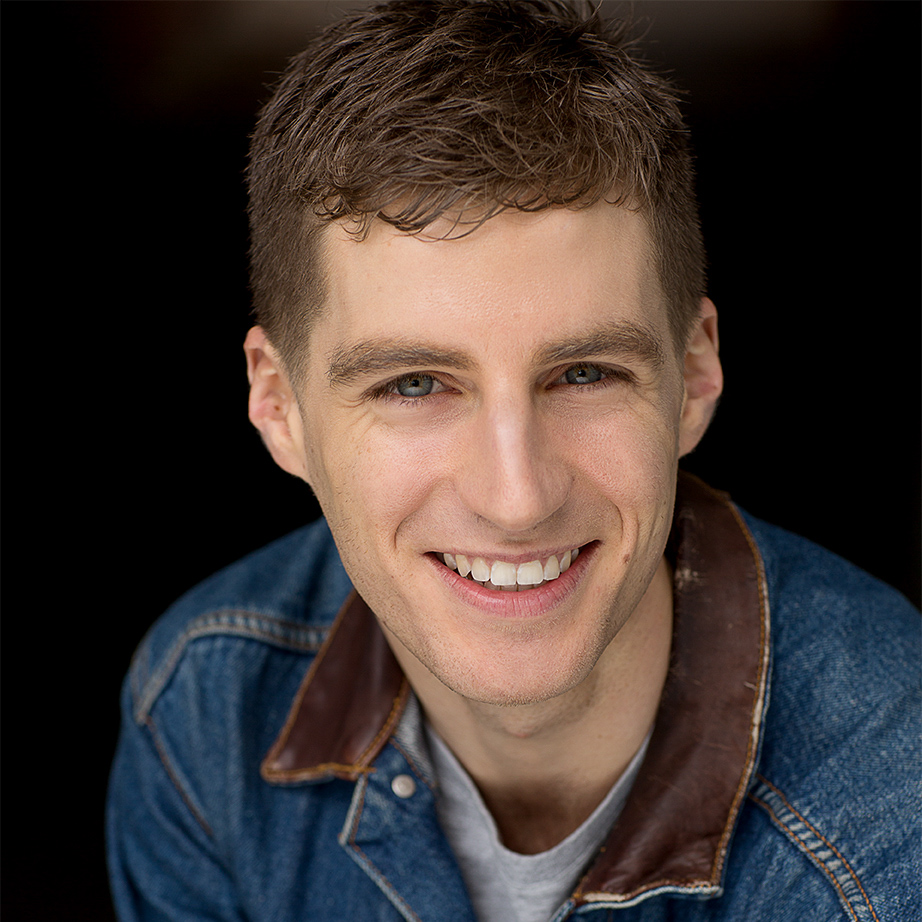 Hot on the high heels of his 2020 sassy political satire Gone Girls, theatre-maker Patrick Livesey returns to Holden Street Theatres this year with DIЯT – a new play that is much darker than anything he’s done before. Patrick and his partner Wil King commissioned local playwright Angus Cameron to write DIЯT, an exploration of queer persecution set against the gay purges in Chechnya. It sees Patrick and Wil share the stage for the first time as they play a Russian and an Australian who hook in Moscow. Trouble is, neither is who they say they are. 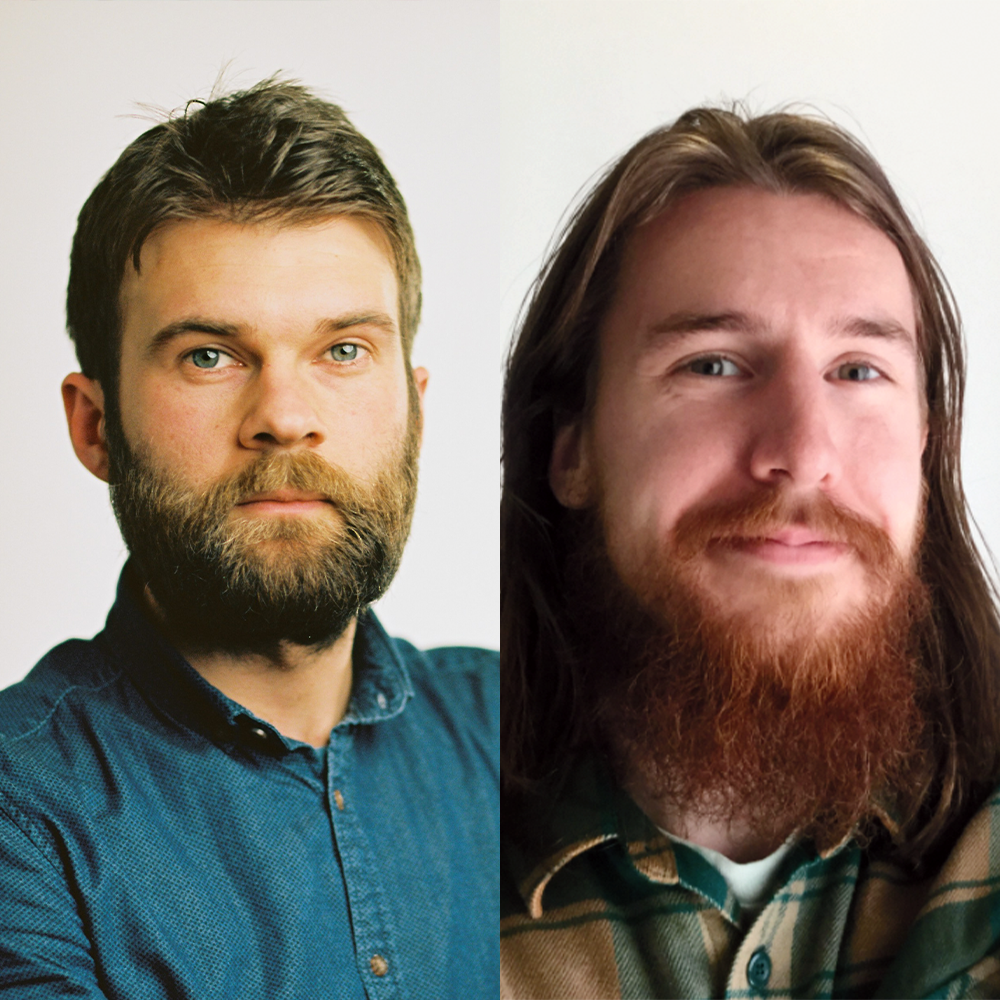 You get two for the price of one with this pair of writer-producers, who are presenting their double bill Strata // Forgiveness at Rumpus. Peter won the 2016 State Theatre Company of South Australia Young Playwright’s Award with Strata, which he says is a riff on betrayal, whilst Piri’s Forgiveness – winner of the 2020 Jill Blewett Playwright’s Award – is a tragedy about the inability to forgive. Together, the two one-act plays promise a thrilling night of South Australian theatre. 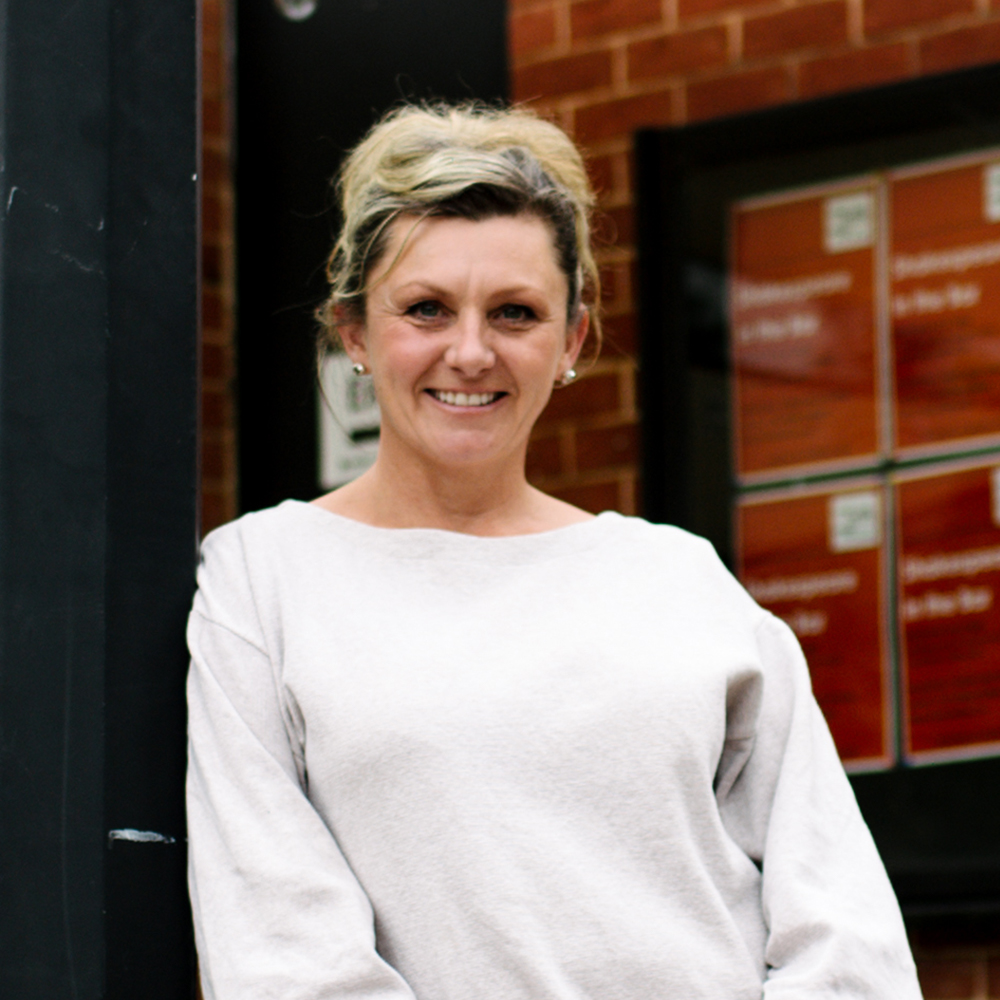 Holden Street Theatres founder Martha Lott – most recently seen on stage as a fighter pilot in the award-winning Fringe show Grounded – is co-writer, producer and performer of new play That Boy, which will run for the full 2021 Fringe season. She has assembled a crack team of SA creatives to make That Boy, described as “a darkly satirical, beautiful, raw, human story of one mother’s fight to break the cycle of inherited behaviour and save her son”.

Erin Fowler is an acclaimed dancer and choreographer. You can see her 2021 Fringe show EGG – a work questioning all things fertility, motherhood and choices – at Black Box Theatres, Adelaide Botanic Garden. 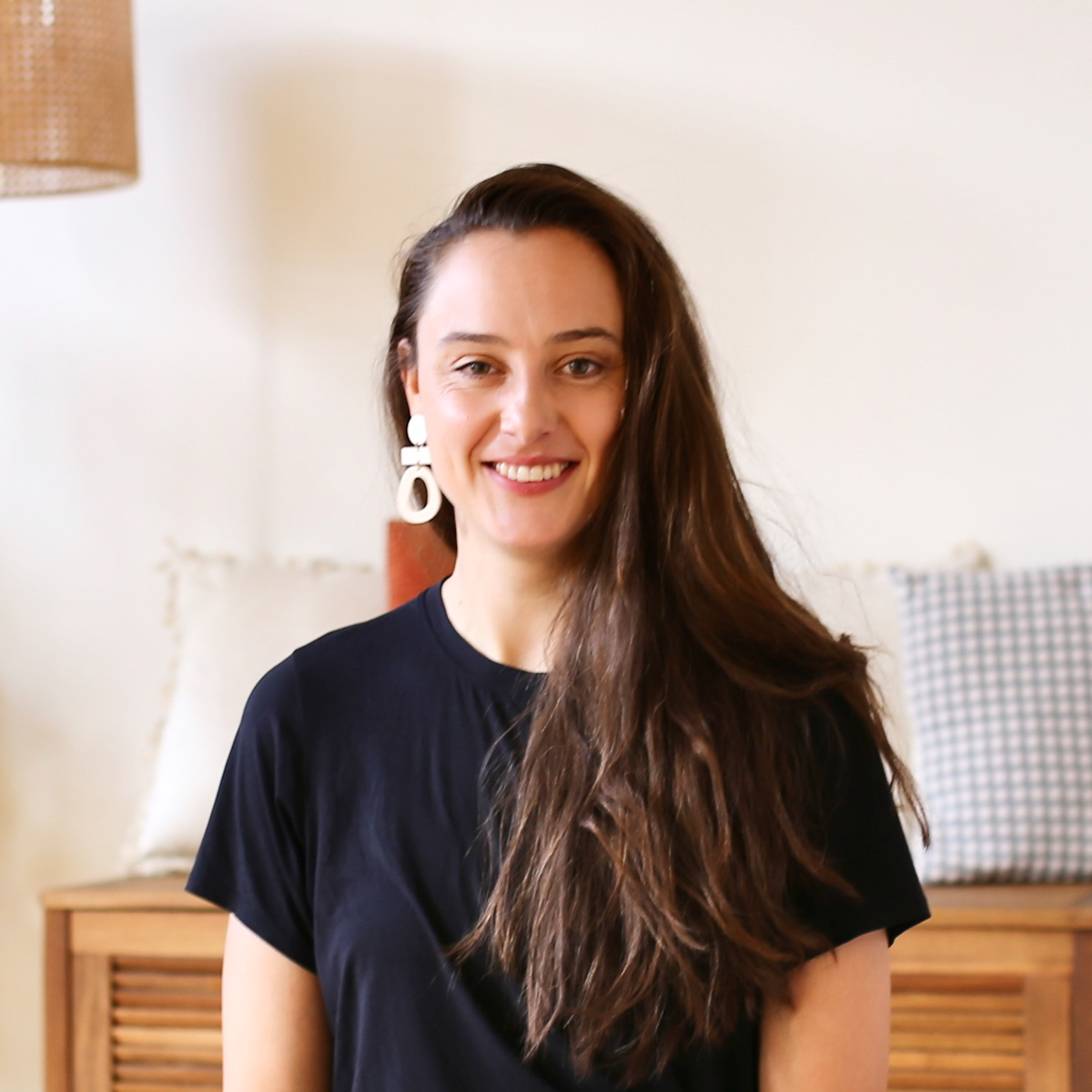 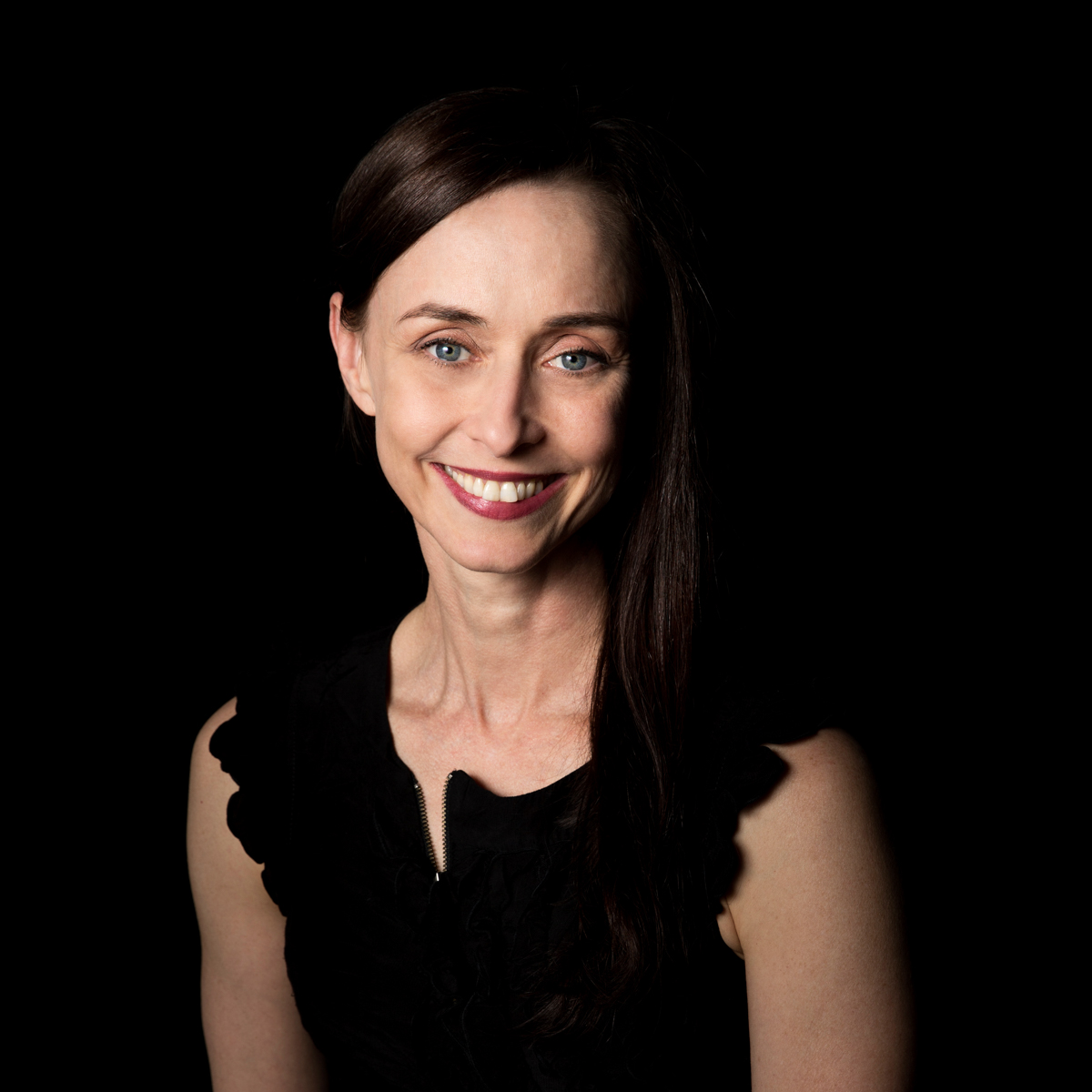 Fancy yourself some dance theatre in a ten-pin bowling alley? Then Restless Dance Theatre’s Guttered, directed by Michelle Ryan, is definitely for you. From the award-winning company that has been consistently delivering smash hits, including Intimate Space in 2017 and the stunning Seeing Through Darkness last year in the Art Gallery of SA, this work is bound to deliver. Reuniting the creative team for Intimate Space, Guttered explores how well intentioned ‘help’ can smother people with disability, denying them the dignity of risk, explored playfully in their typically witty, intelligent and “unexpectedly real” dance theatre. 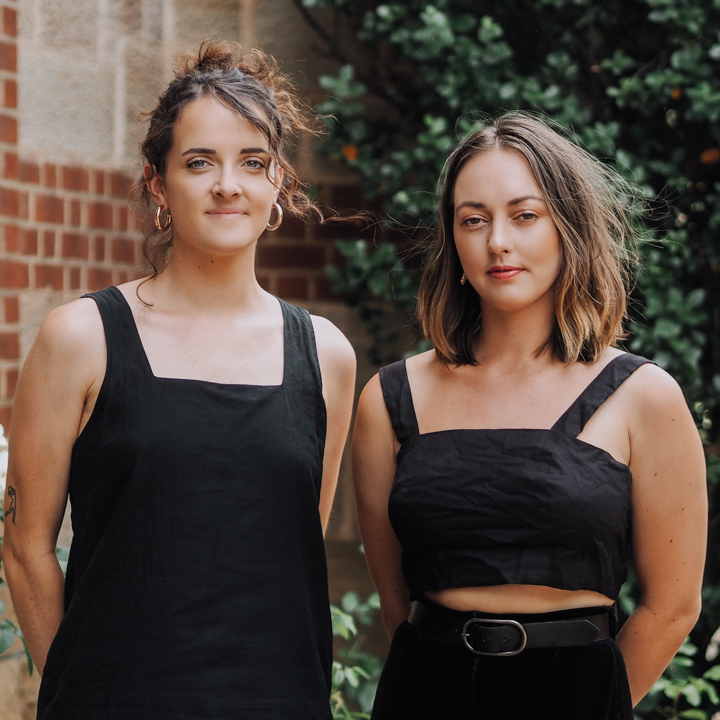 For something a little different in the Fringe program check out White Rhino from Motus Collective, the dance company founded by Felicity Boyd and Zoe Gay in 2019. Showing at the Black Box Theatres at Adelaide Botanic Garden (an SA-made, homegrown venue with a lot of heart), White Rhino features a stellar cast of South Australian contemporary dance artists with extensive international portfolios. Exploring the notion of the artist on the brink of extinction, the creatures of White Rhino are driven to extremes of athleticism, vulnerability and absurdity. This is sure to be an immersive, quirky and unforgettable encounter. 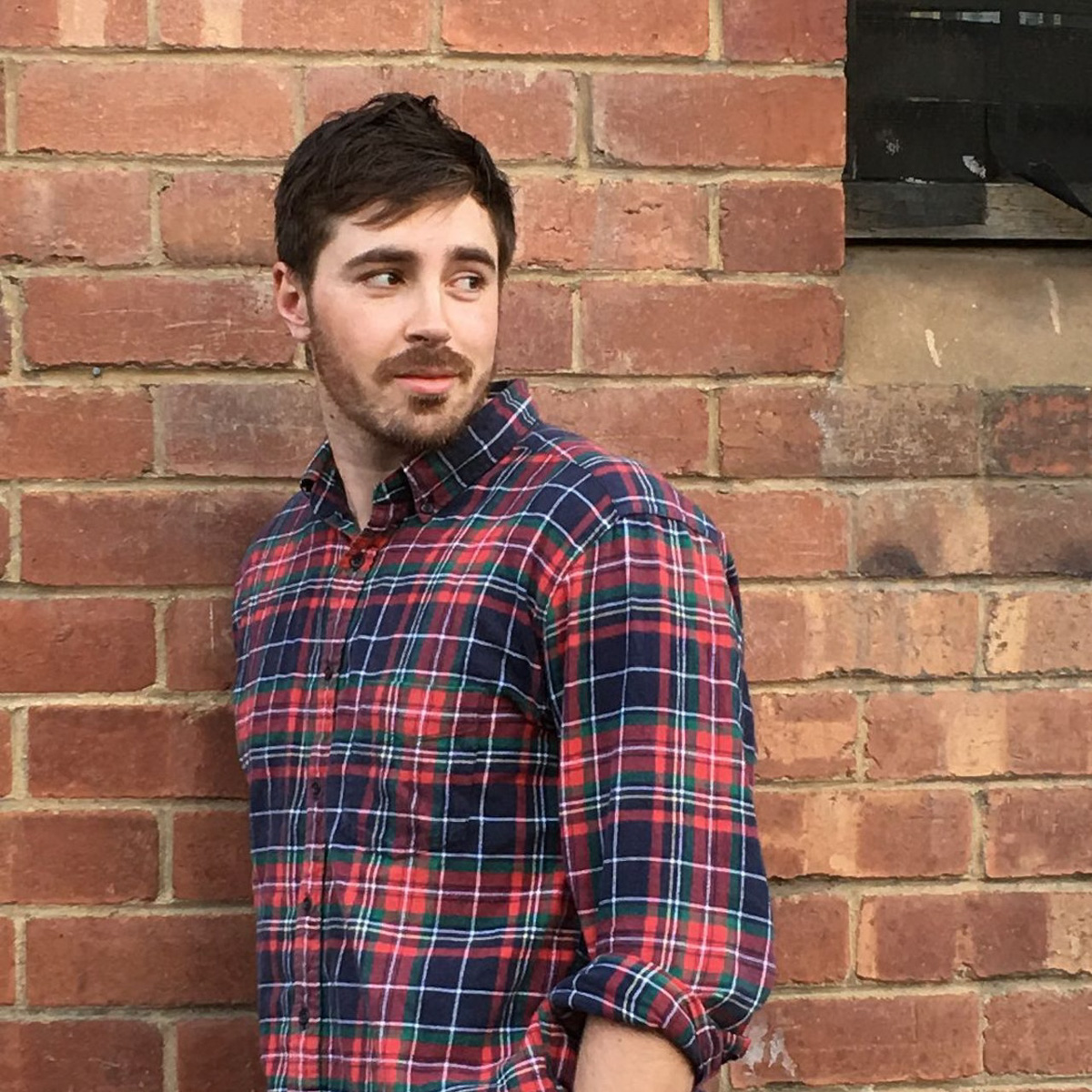 In his Adelaide Festival debut, SA choreographic talent Lewis Major brings an intriguing double bill of dance works to the stage. As a result of international travel being on pause, we are fortunate to be the first to experience Lewis’ home-grown creations before they go on to reach audiences far around the globe. Unfolding melds fluid dance with shifting 3D animations while S/WORDS postulates a flung-together tribe of performers locked in a theatre as the world burns outside. Dark and theatrical, it is a work not to be missed this festival season. 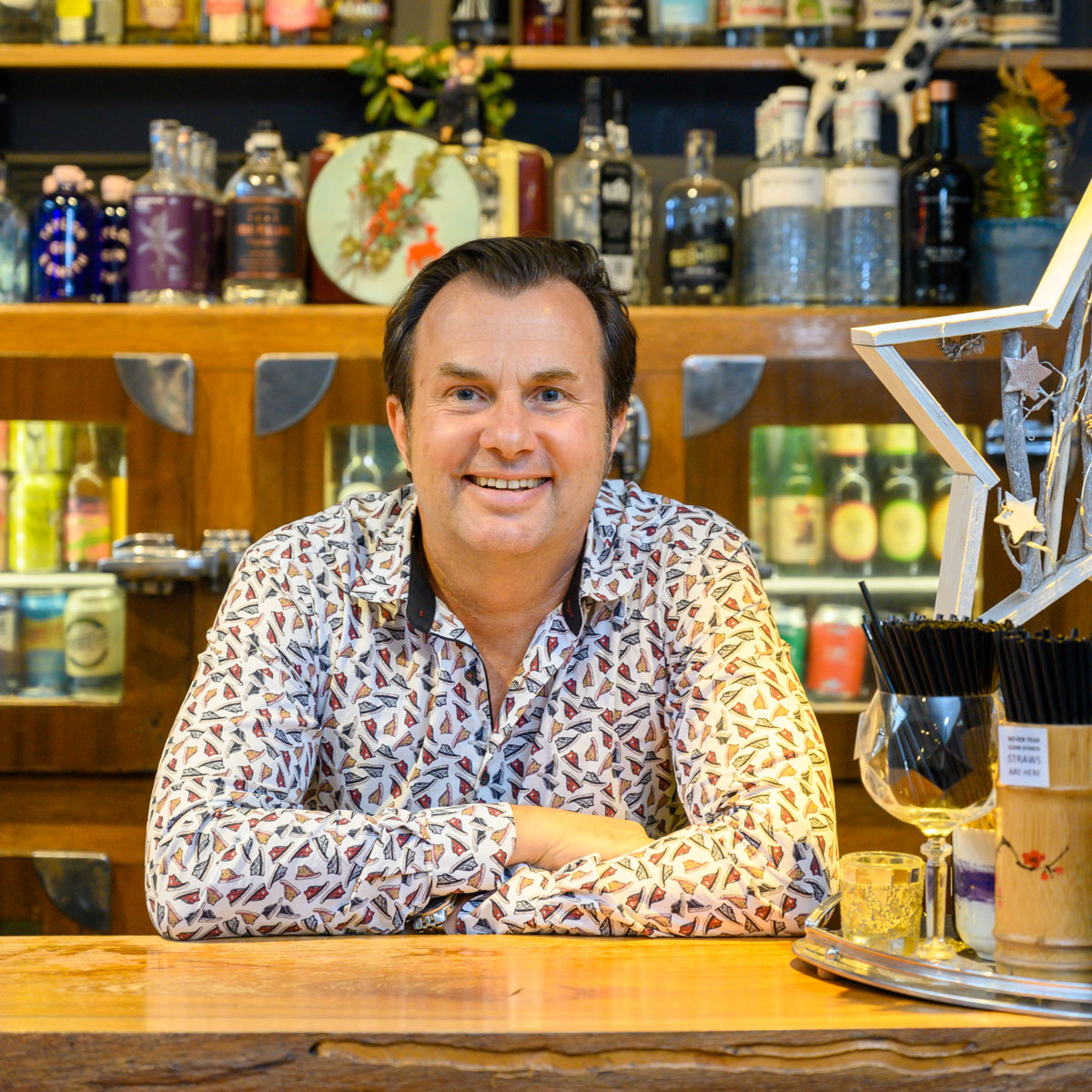 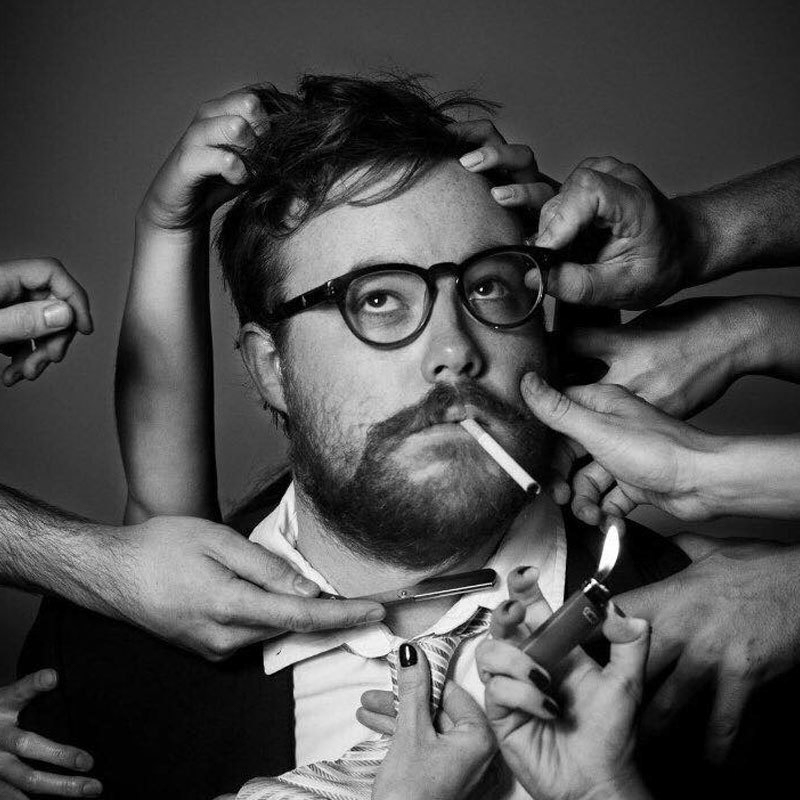 James Donald Forbes McCann is often controversial but always entertaining. He’s definitely not one for the faint of heart or those who want their comedy spoon-fed to them. James’ skill not only lies in his brilliant writing, but also his stage persona. Although he regularly delves into provocative subject matter, his delivery is so clever and convincing you often find yourself howling and cringing at the same time. No matter how wrong the premise of a joke may first appear, somehow, you’ll end up agreeing and laughing along. 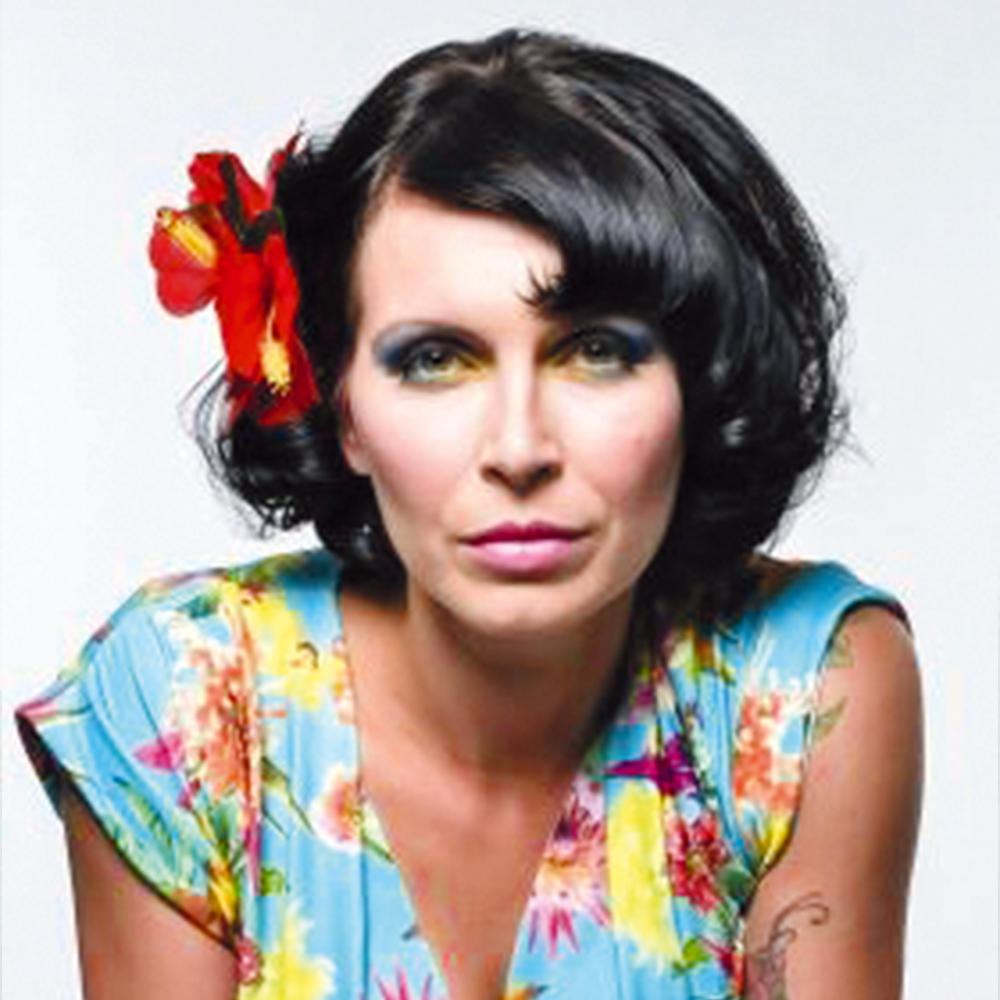 An amazing comedy all-rounder, Boo is one of my favourite comics. Boo engages her audience right from the get go and her Fringe shows are a complete theatrical performance full of laughs and energy. Boo is also a brilliant host (as is her husband Mickey D) so if you get the opportunity to catch either of them hosting a Rhino Room Late Show during the Fringe, certainly don’t miss it. 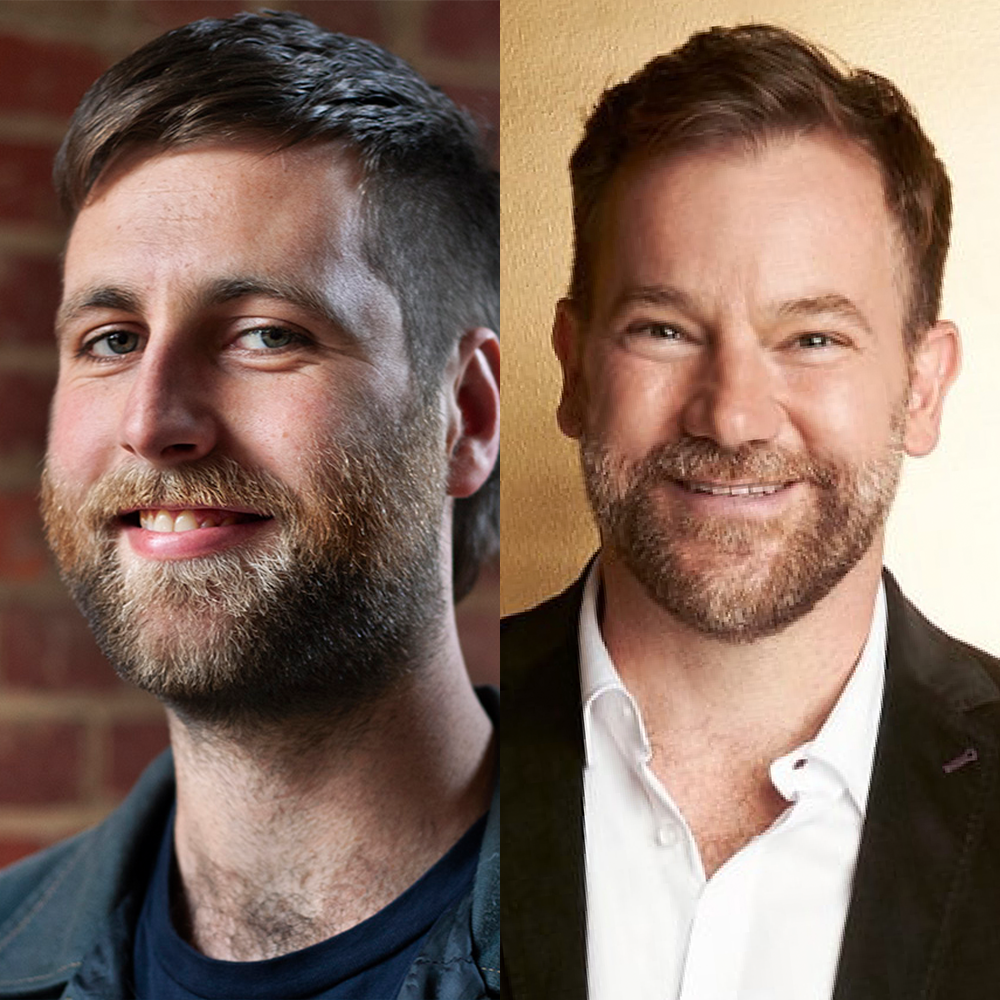 These comedians are both parochial South Australian expats and brilliant storytellers. This art form comes to the fore when a comic has a full hour to work with. Both Lehmo and Lewis Garnham are two of my favourite storytellers and their performances take you through highs and lows, with plenty of laugh-out-loud moments.  You’ll always leave their shows with a huge smile on your face feeling like you’ve shared the experience with them.