Motherhood and artmaking with dancer and curator Tanya Voges

Parenthood can be an isolating experience, particularly for artists. To counter this, Tanya Voges curated 'Postcards from Motherhood' - an exhibition drawing on her network of mothers with an active art practice, in the accessible format of postcards. 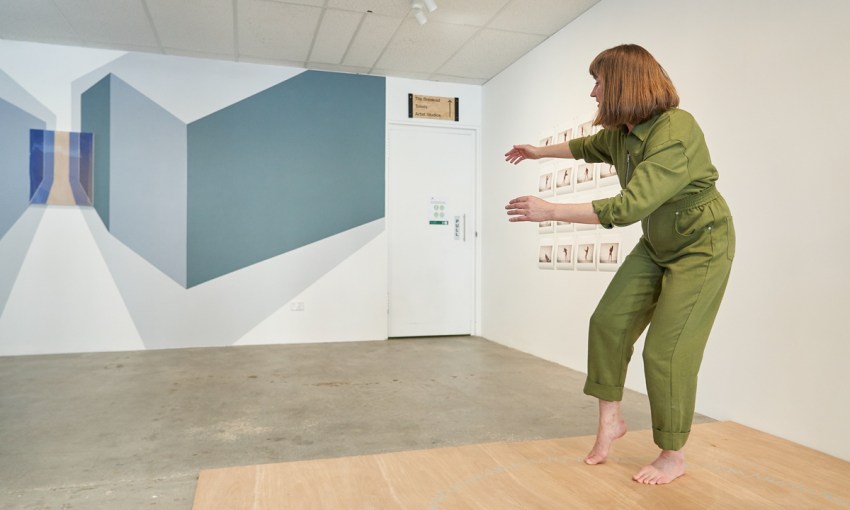 Tanya Voges’ dance practice has taken her to new places her whole life.

She started dancing young, and while her family moved around a lot, dance was always a priority.

The Mill’s Curatorial and Mentorship Residency is made possible thanks to support from the City of Adelaide.

“We’d always find a new ballet school as part of the move,” she says.

As a dancer, choreographer, traveller and mother, Tanya has, over the course of her career, built a network of people who work in similar ways.

When CityMag meets Tanya in the gallery space at the Mill, she speaks about the many connections between herself and the group of artists she has brought together as The Mill’s curator-in-residence, and whose work we see on display.

“That’s what it is about for me – creating community,” she says.

Postcards from Motherhood is about the often-overlooked impact of motherhood on working artists.

Out of school, Tanya took an opportunity to perform on a cruise ship, which was only the first of many instances in which her dance career has allowed her to see the world.

Now with two young daughters and settled down in Adelaide, Tanya says she found the creative impulse doesn’t just go away because you’re busy breastfeeding and changing nappies.

Tanya discovered postcards as being an accessible way for parents to make art.

“It was something easily transportable, easy to find the material to make and something that could be worked on in the length of a nap time,” Tanya says.

“I found early motherhood extremely isolating, so that idea – ‘I wish you were here’ – was really a call for help.”

Looking for ways to adapt her practice, Tanya came across the work of Lenka Clayton, who created her own Artist Residency in Motherhood in response to being excluded from many residencies that don’t allow family support.

That inspired Tanya to start building a community specifically for artist mothers, following examples like Dyana Gravina’s Mother House Studios, based in the UK.

Surrounded by the works she has curated for Postcards from Motherhood, it’s clear her call for community has been answered.

Tanya says working at The Mill has been an invaluable opportunity to develop her idea.

“I knew this could be a perfect space to explore working with extra resources and support in the early years of parenting,” she says.

Developing the concept behind Postcards from Motherhood was a two-year process for Tanya, building a community amongst the artists she has curated.

She invited to the exhibition Alana Hunt, who lives in remote WA; Zoe Freney, who lives close by in the Adelaide Hills and who she met through the Artist Residency in Motherhood; Bridget Currie; Rochelle Haley, who she met through The Mill; and Tania Mason, who she has known for a long time and had a connection with through Bundanon Trust.

Tanya tells CityMag all the artists involved in the exhibition are at different places in the journey as parents.

The move into curating is a natural branch from Tanya’s practice, though she tells me she is still a dancer at heart.

“I keep joking that I’m choreographing an exhibition,” she says.

Despite the joke, Tanya seems perfectly at home in the gallery. She has brought her youngest daughter along while she collaborates with fellow artist Bridget Currie. 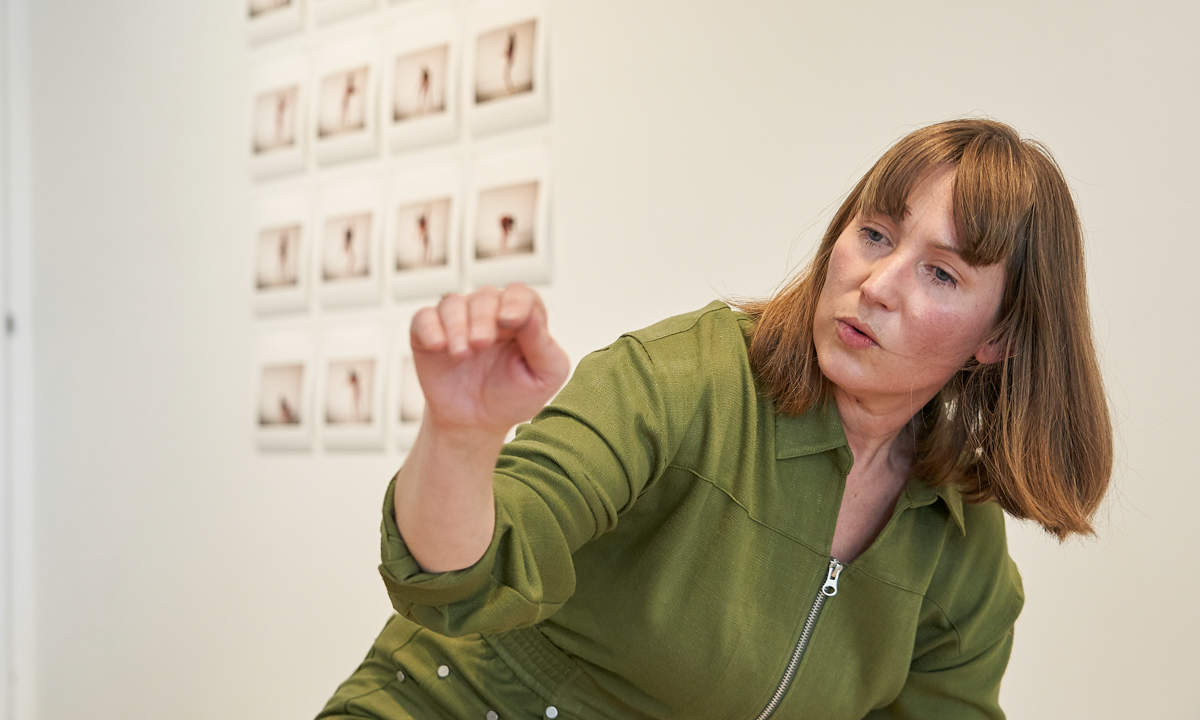 While the exhibition interrogates the impacts of motherhood on a parent’s art practice, Tanya hasn’t found a definitive answer yet in her own experience.

She says it’s hard to place how her creative practice has changed since parenthood, except that plenty of thinking and research time – but limited opportunity to be in a studio – has made the work come together at a much faster pace.

“Being a mother and an artist doesn’t mean that you are going to suddenly be making work about the experience of motherhood,” she says, “but this invitation was a starting point for anyone who wanted to be part of a community, which I felt was missing when I needed it.”

Tanya sees the gallery as a space to be activated by the community, making art accessible for everyone – including new parents.

She has performed dance in gallery spaces for several years, often creating ‘uninvited dance responses’ when nobody else is in a gallery. But she is currently exploring ways for dance performance to feel less ephemeral.

“Dance floor Tarkett goes wonderfully with brightly coloured soft pastels and this led me to really exploring mark-making, to leave a trace,” she says.

Postcards from Motherhood includes a public program of performance and workshops, which occurred throughout October, including a ‘Mother Artist Forum’.

The exhibition is available to view at The Mill until 30 October. For more information, see the exhibition page.