The Ern Malley Affair, a 1940s literary hoax, has captivated Adelaide musician Max Savage from a young age. For the Adelaide Cabaret Festival, the artist will bring the story to life through music and live painting. 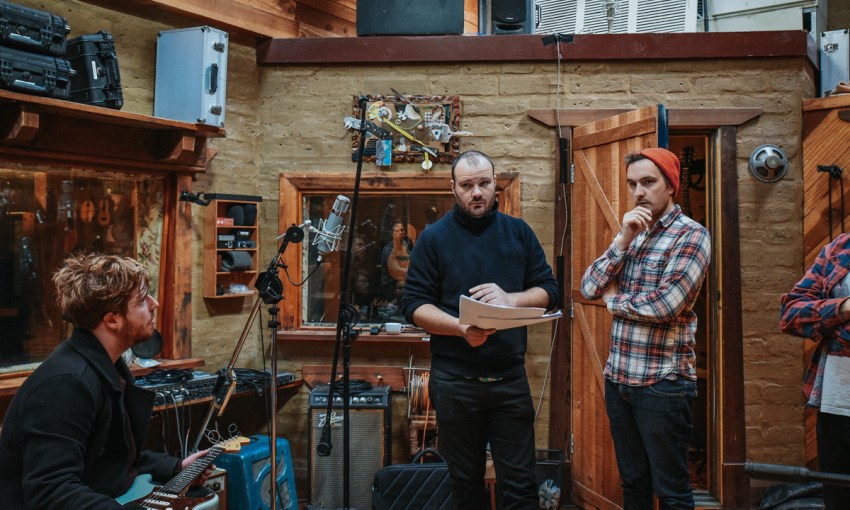 Adelaide musical mainstay Max Savage will debut a new work at the Adelaide Cabaret Festival this year, billed as a meeting of “dark, brooding jazz”, “transcendent poetry” and “a vast looming canvas”.

The show, titled ERN, is a aural exploration of the Ern Malley Affair – a poetry hoax that occurred in the Adelaide literary press in the 1940s.

In 1944, Max Harris, editor of literary magazine Angry Penguins, received a letter from someone claiming to be Ethel Malley, the sister of the late Ern Malley.

Ethel (or those who claimed to be Ethel) hoped Max might publish her brother’s poetry.

The letter was actually written by two Sydney poets, James McAuley and Harold Stewart, who created the fictional poet and his wife so as to expose modern poetry as a scam.

The poems they wrote and attributed to Ern were created by randomly selecting and piecing together words and lines from an array of sources – “everywhere from Shakespeare to an American report on the drainage of the breeding grounds of mosquitoes” – so reads the blurb of the published collection of Ern’s works, The Darkening Ecliptic.

Harris published the poems in Angry Penguins and once the truth was revealed, he was mocked and convicted of publishing ‘indecent advertisements’. His punishment was a five pound fine.

The hoax became a worldwide scandal, and interest persists to this day.

Max Savage was captivated by the poems in childhood, and he says the entire story remains relevant.

“They are dark, strange and startlingly contemporary,” Max says.

“Eighty years on, the history of the Ern Malley Affair is every bit as urgent as it was in the 1940s.

“To be able to explore this story; to have the opportunity to draw on the rich history of painting, writing and journalism that surround it is one of the great privileges of my life.”

Ern, the musical work that has come to be through the 2021 Adelaide Cabaret Festival Frank Ford Commission, will be performed by Max, alongside some of Adelaide’s finest jazz talents: Ross McHenry, Adam Page, Julian Ferraretto, Django Rowe and Josh Baldwin.

Josh Baldwin, a drummer and painter, will create a visual work on a 1.6mx2m canvas each night, inspired by the story. 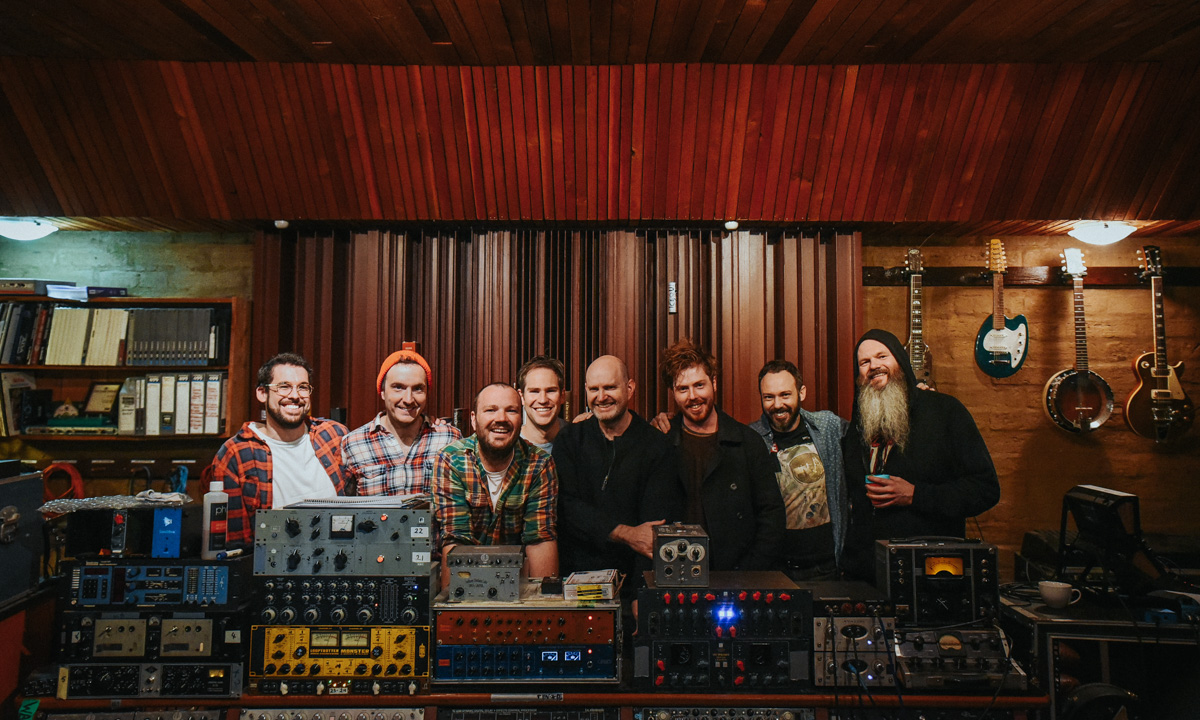 Max Savage and crew during an Ern recording session

“This is not a simple story and I didn’t want to cram a simple narrative into seventy minutes and a nine by five metre stage,” Max says.

“What I hope we’ve built is a gestalt, built from improvised music, poetry, songs and painting that brings something new to the labyrinthine history of the Ern Malley Affair.”

This is also an opportunity for Max to continue his long-running motif of threading his works with Adelaidean specificity.

“[ERN] is a story that unfolds on our streets,” Max says.

“It was whispered about in our living rooms. It was printed in our newspapers and it set the tone for debate and discourse and the cultural battles that have defined Australia well into the 21st century.

“I guess I’ve always wanted to tell stories from here – stories about us as a city and the things that have made us and shaped us – hopefully I can do it justice.”

ERN: Australia’s Greatest Hoax is showing on 24 and 25 June, as part of the Adelaide Cabaret Festival.

For more information on the event and to purchase tickets, see the event page.