Anne's antics, the e-scooter saga, and the East End unites against a liquor licence fee rort - here's a roundup of the city's biggest headlines in January, compiled by our friends at InDaily. 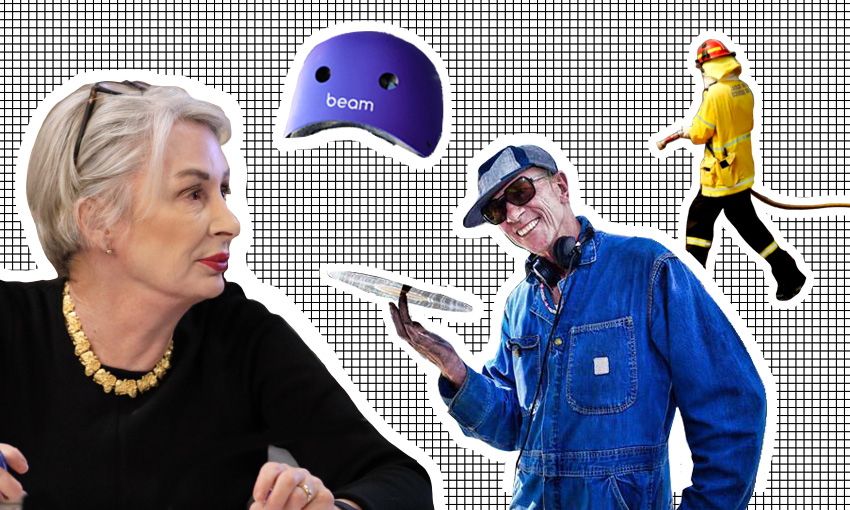 As CityMag‘s team of reporters flit around the CBD from café to café to small bar and back again to another café (it’s a good life), the hardworking crew at InDaily remain steadfastly glued to their phones and email inboxes, typing furiously for hours on end to get the most important news delivered into your pocket at 1pm every day.

Because you, like us, are no doubt short on time during the week, we’ve asked InDaily‘s City News reporter, Stephanie Richards, to compile a round up of Adelaide and South Australia’s biggest stories of the month.

Read on for a primer on the liquor licence tussle won by a group of East End traders, Anne Moran’s inflammatory rejection of celebratory explosives, and the fallout – both political and personal – of the South Australian bushfires. 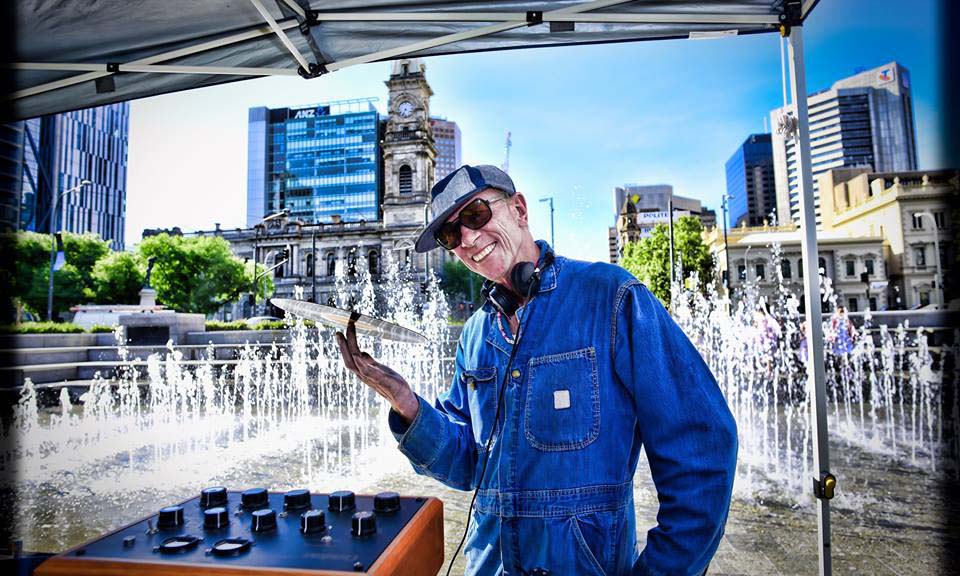 It all started with an angry Facebook post and ended with the Government relenting to public pressure.

Sugar nightclub owner Driller Jet Armstrong’s impassioned Facebook plea about a cost blowout to temporary liquor licenses over the Fringe caught InDaily’s eye, prompting other traders to also come forward claiming they were being asked to pay upwards of $8000 to extend their trading onto the street during the 19-day Rundle Street Fringe party.

Their argument was straightforward: why charge small businesses exorbitant fees to capitalise on one of the city’s busiest times of year?

People power had its day, and the State Government did an about-face, introducing a cap on licence fees to make it more affordable for some of Rundle Street’s smaller venues to join what promises to be a raging East End party. 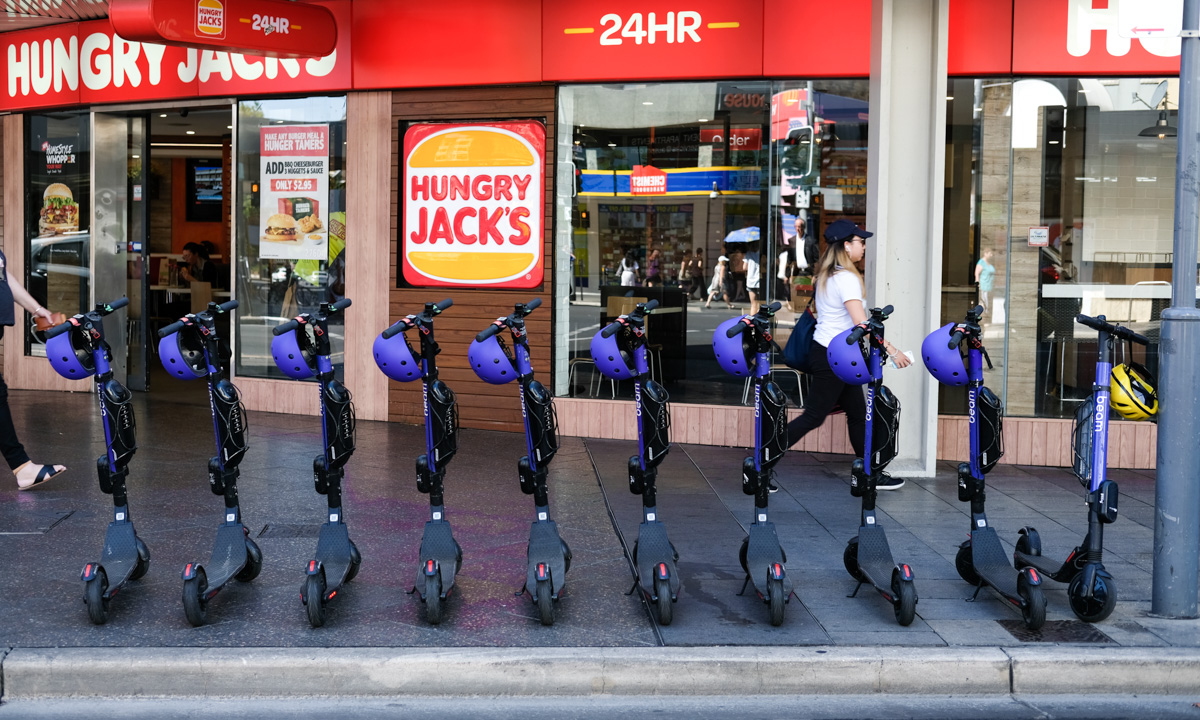 Beam’s infantry at the ready

Adelaide City Council’s perennially shifting preference of e-scooter provider has once again hit a nerve, with Singaporean company Beam causing a ruckus at Town Hall over the council’s handling of its tender process.

Beam’s purple scooters have glided across city streets alongside yellow rival Ride since early last year, following Lime’s sour exit from the Adelaide market. Beam claims it has been the “standout provider” in Adelaide since then, but it failed to win over the boffins at Town Hall, who refused to extend the company’s contract past tomorrow (Friday, 31 January).

Beam’s response? To take a leaf out of Lime’s book and cause a shitstorm, promoting the council’s CEO to launch an investigation and a group of councillors to (unsuccessfully) call for an extraordinary meeting about the decision.

It’s still unclear what action – legally or otherwise – Beam may take, but Adelaide scooter-lovers can be assured Ride and newcomer Neuron will still operate across the CBD from next month. 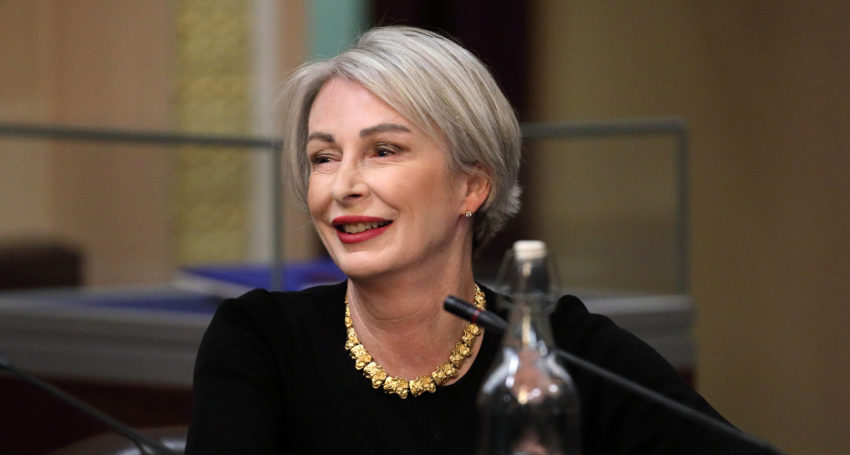 Veteran Adelaide City councillor of 25 years, Anne Moran, has yet again cemented her place in Town Hall folklore, starting 2020 with a bang (or rather, without a bang) by calling on the council to ban fireworks in the city.

The call was originally made as a mark of respect to victims and firefighters impacted by the recent bushfires, but Moran took it a step further, claiming that fireworks upset “new immigrants because they remind them of the bombing and wars they have been traumatised by” – a statement later criticised by the Deputy Lord Mayor as “extremely distasteful.”

Days later, it was revealed Anne was found to have committed misconduct by the state’s Ombudsman by telling InDaily confidential information about the State Government’s now-abandoned 2026 Commonwealth Games bid.

Anne – known for her tactical plays – responded by announcing she would run for Lord Mayor at the 2022 council election. She’s also refused to publicly apologise for the breach, despite most of her colleagues ordering her to do so. 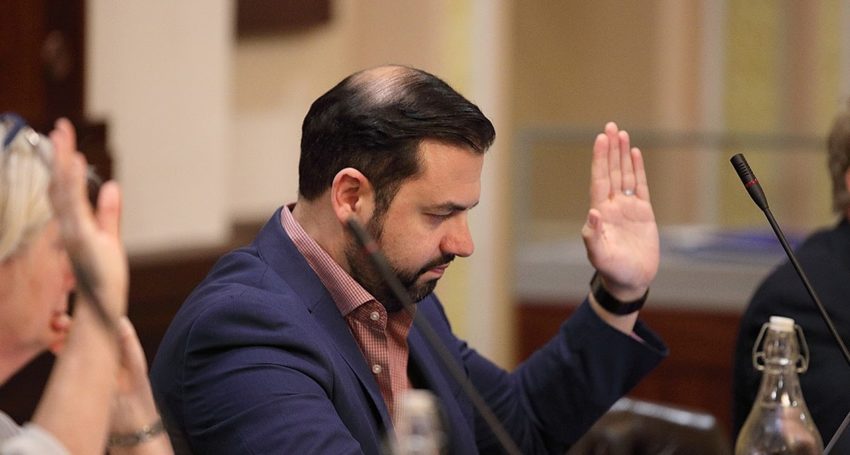 The Adelaide City Council’s key powerbroker has made a shock exit from local politics.

After ten years in the game, Central Ward Houssam Abiad – involved in the secret assembly of candidates ahead of the 2018 election to form the Team Adelaide faction, which has dominated the council ever since – emailed colleagues on Wednesday evening (AKA last night) to break the news.

He’s got himself a gig in Saudi Arabia – but won’t say what exactly what that gig is.

In any case, his exit robs Team Adelaide of its clear majority in the council chamber, and set the stage for what we think will be a hard-fought tussle over his now-vacant seat, with some labelling it a referendum on the faction’s influence over the past year-and-a-bit.

The council’s top antagonists of Team Adelaide, Anne Moran and Phil Martin, have called on other Team players to follow Abiad out the door – but there’s no sign of that happening; or at least not yet.

He congratulated the long-time councillor on his achievements in the council chamber – the Ten Gig City fibre optic cable network and the Rundle Mall redevelopment among them – and wished him all the very best. As do we (he played along with our local election tinder gambit, for which we are very grateful).

End of a retail era 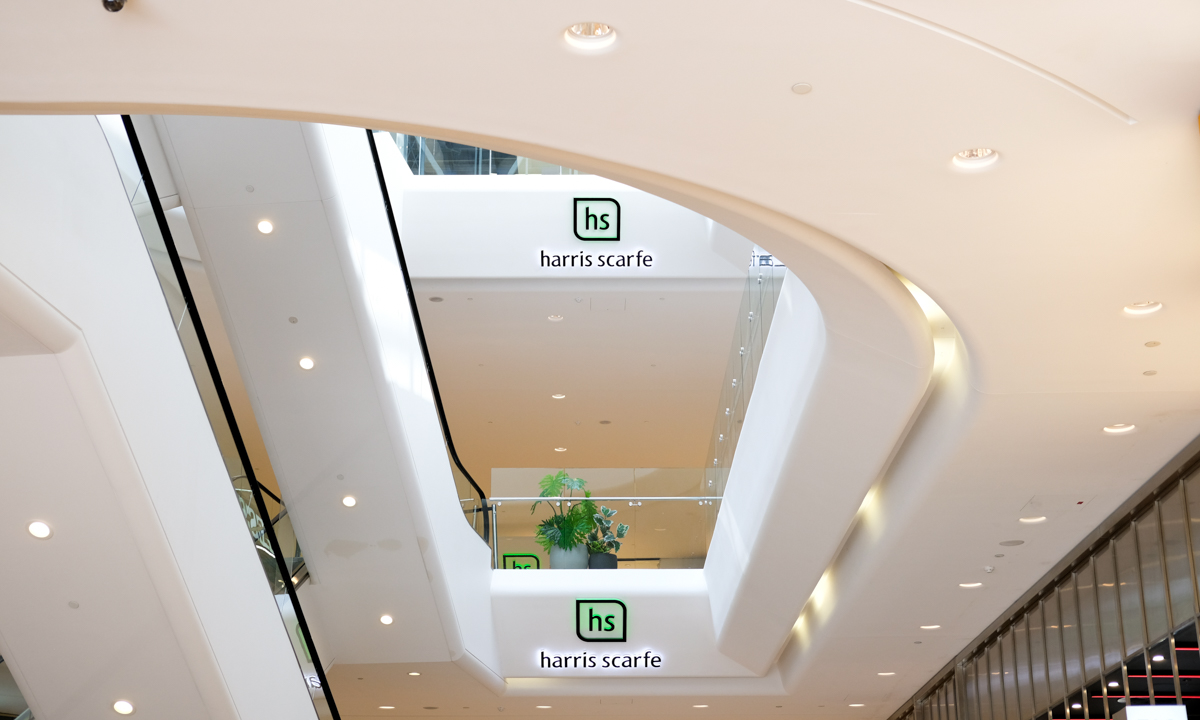 Once upon a time, a trip to Rundle Mall was never complete without hearing the melodic call of the Harris Scarfe spruiker broadcasting heavily discounted dinnerware and crockery prices. That chapter in Adelaide’s history will come to a close, after it was revealed the SA-based department store has been placed into voluntary administration.

Its Rundle Mall flagship, which has traded for 170 years and is staffed by 69 employees, is among 21 stores due for closure across the country by early next month. Administrators say the closures were a difficult but necessary decision to ensure Harris Scarfe’s long-term operation.

There is already growing interest about what will happen to the large gap Harris Scarfe will leave in the Rundle Place shopping complex, where it has traded since 2013. 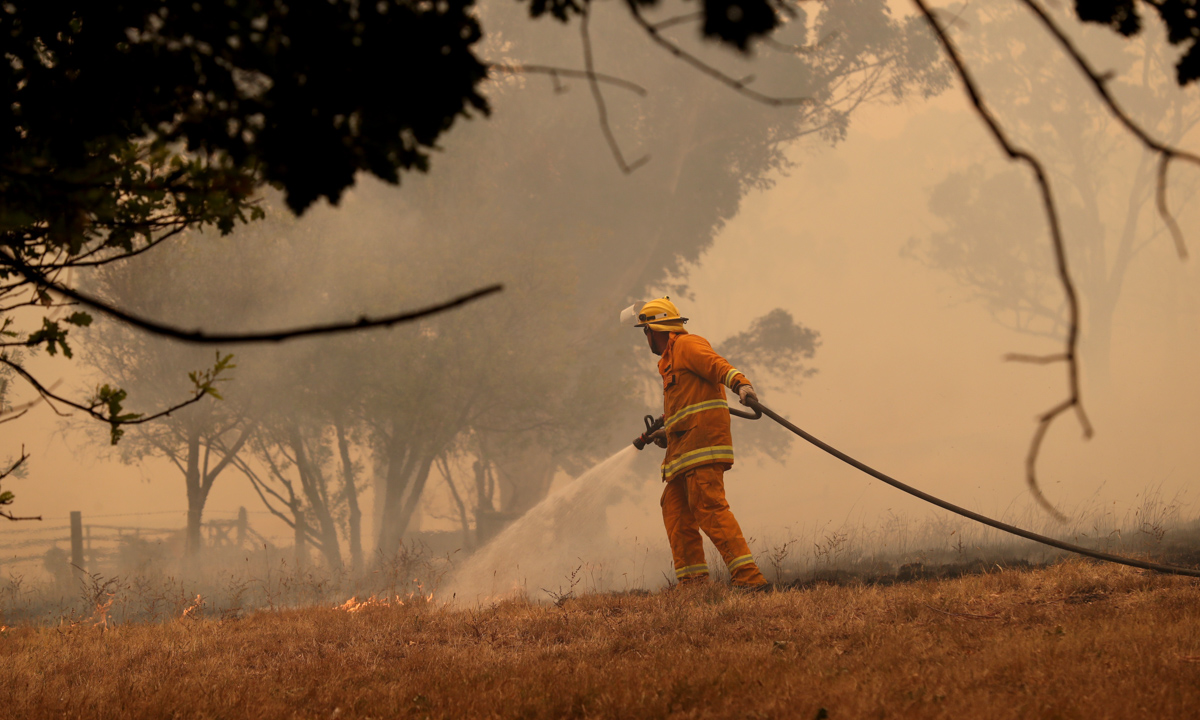 This image: Kelly Barnes for AAP

Twenty-twenty hailed devastation for communities across Australia that were impacted by some of the worst bushfires recorded in the country’s history. Fuelled by record-breaking temperatures and months of severe drought, the bushfires claimed 30 lives – including four firefighters – and more than 10 million hectares of bush, forest and parks across the country were burned.

The crisis hit South Australia on December 20, when the Cudlee Creek fire ripped through the Adelaide Hills, destroying 80 homes. Two people and about 25,000 koalas were also killed when flames wreaked havoc across Kangaroo Island in early January, prompting mass evacuations and a Defence Force intervention.

South Australians are now being urged to spend-up on produce from the bushfire-affected regions to help rebuild the local economies. 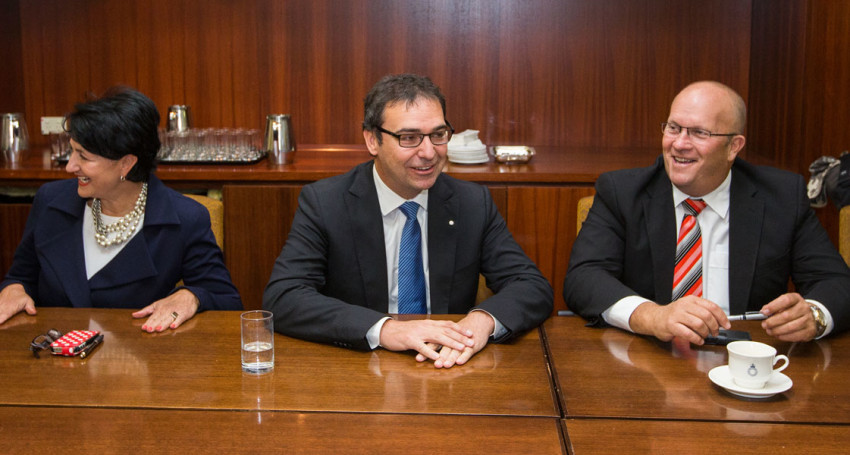 It was a goodbye to remember. David Ridgway’s last act as Tourism Minister was to encourage people to travel to Kangaroo Island, just days before resurgent fires would force evacuations and leave hundreds without power.

Not the smartest move in retrospect, but to the now-sidelined minister’s credit, it wasn’t something he could have predicted either.

In a shock announcement in the wake of the bushfire crisis, Premier Steven Marshall revealed that he would take over as Tourism Minister from Ridgway, who retains his trade and investment portfolios. Marshall went to great lengths to deny that the cabinet shift was due to poor performance, instead insisting that Ridgway’s trade role meant that he was often forced to travel overseas, which he deemed incompatible with resurrecting the tourism industry in the wake of the bushfires.

Oddly enough, literally minutes after his explanation to the media, Marshall was seen jetting off to an overseas work trip in Asia. 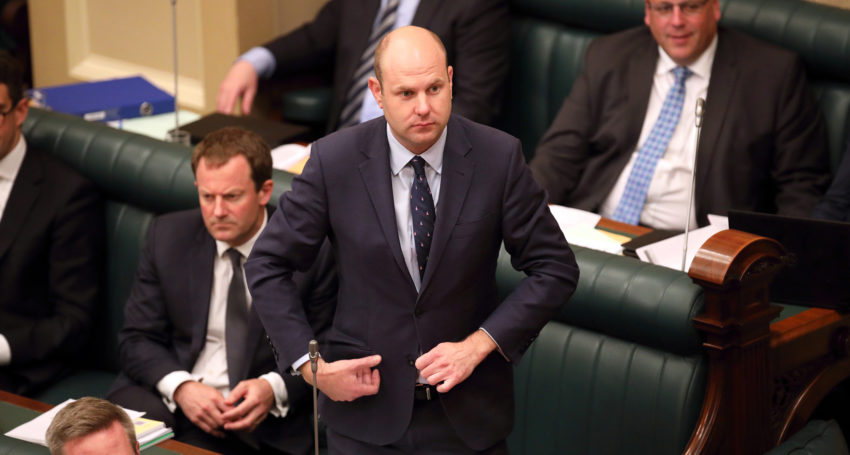 Sam Duluk, not such a stand-up guy. This photo: Tony Lewis

It is alleged Duluk slapped SA Best MLC Connie Bonaros on the behind and sent her unwanted text messages. There are also allegations Duluk was involved in two other incidents, understood to have involved behaviour towards parliament house employees.

The outrage that ensued prompted the Speaker of the House of Assembly and Liberal MP Vincent Tarzia to appoint an independent investigator to lead a confidential investigation into Duluk’s conduct. InDaily understands the investigator is Paul Hocking, a licensed local inquiry agent. 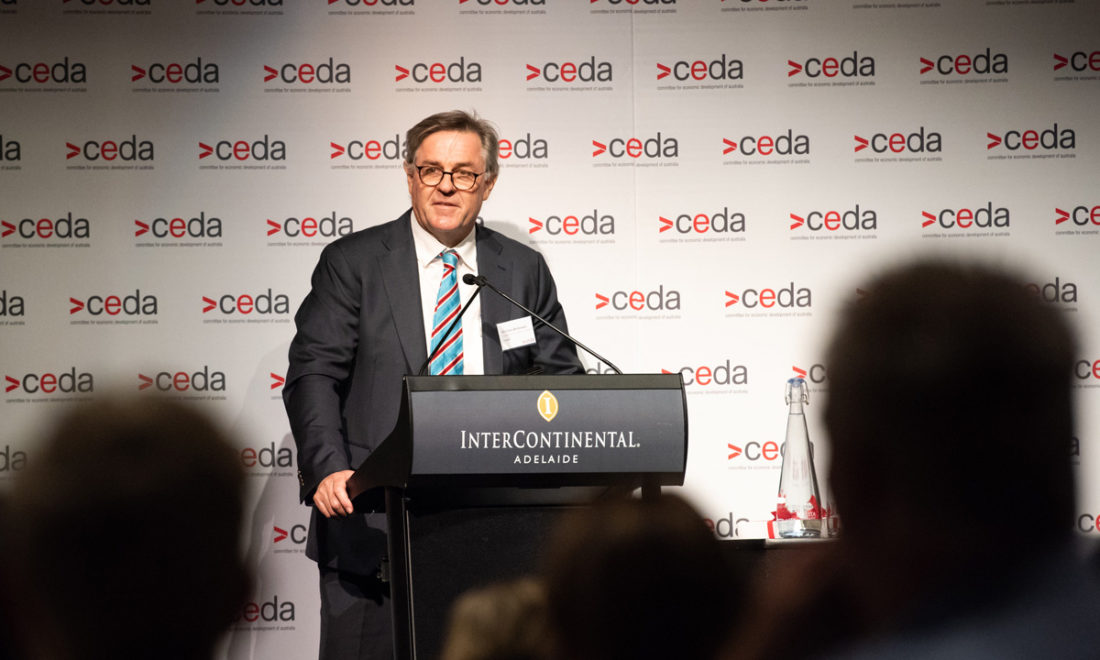 Chris McGowan at a CEDA event

The strife-torn SA Health has been embroiled in several controversies over the past few months, the most recent of which involves a conflict of interest with its chief executive, Chris McGowan, and a private company.

During his first two months of public tenure, McGowan was registered as the director of a subsidiary of Silver Chain Group, his former employer. Since then, further revelations emerged that McGowan repeatedly involved himself in assessing the merits of a Silver Chain aged care program while the company was asking SA Health to fund it.

An investigator appointed by the Public Sector Commissioner to probe into McGowan’s conduct surmised that he had breached part of the Public Sector (Honesty and Accountability) Act, but that he handled SA Health procurement issues properly. The investigation did not recommend his dismissal.

The Government thought it could get away with dropping the results of that investigation on the Saturday of the long weekend – with a notably positive spin.

But InDaily doesn’t let people get away with that sort of thing.

Read more: Here’s what the report into the SA Health chief actually says