The Crows’ Parklands pitch, election fever hits Town Hall, and a new city stadium set for the horizon - here's a roundup of the city's biggest headlines in February, compiled by our friends at InDaily.

As the month draws to a close, CityMag has once again asked our hardworking friends at InDaily to wrap up the biggest Adelaide and South Australian headlines from February 2020.

InDaily reporter Stephanie Richards has compiled the list, recapping all the news we missed while chatting with new bar, café, restaurant, and other small business owners – you know, the kind of stuff you love reading in CityMag.

Scroll on for an update on what’s happening with the Adelaide Football Club’s intention to move into the Parklands, Renew Adelaide’s move into the Harris Scarfe space, how Lord Mayor Sandy Verschoor is changing the walls of Town Hall for the better, and more.

Nesting in the city

What a redeveloped Aquatic Centre could look like. Image: AFC

The Adelaide Football Club’s bid to relocate its headquarters from West Lakes to the Parklands has been the talk of the town for months – and debate has well and truly reached boiling point.

The club wants to spend $65 million replacing the 50-year-old aquatic centre in North Adelaide with a “sports and community centre,” which would house public swimming pools as well as private administration and training areas.

Those in favour of the proposal say it’s a convenient and cost-effective solution for the Adelaide City Council, which is losing hundreds of thousands of dollars each year keeping the ageing aquatic centre open. Those opposing the plan claim it represents a commercial encroachment on public land.

If you have an opinion on the matter, you’ve got until Wednesday, 11 March to submit feedback on the Crows’ draft proposal before the council reaches a decision on whether to give the club the green light to start formalising plans.

Seat up for grabs

Happy councillors having a great time. This photo: Tony Lewis for InDaily

Ever thought of becoming an Adelaide City councillor? If you live or own a business in the CBD, now might be your chance.

Central ward councillor Houssam Abiad’s resignation from Town Hall has prompted a supplementary election, which is scheduled for May.

Whoever fills the vacant central ward seat will effectively act as powerbroker on the council – choosing to side with either of the two main voting blocs or remain independent.

Nominations to run for central ward councillor open on Thursday, 26 March, before close of voting on Monday, 11 May. 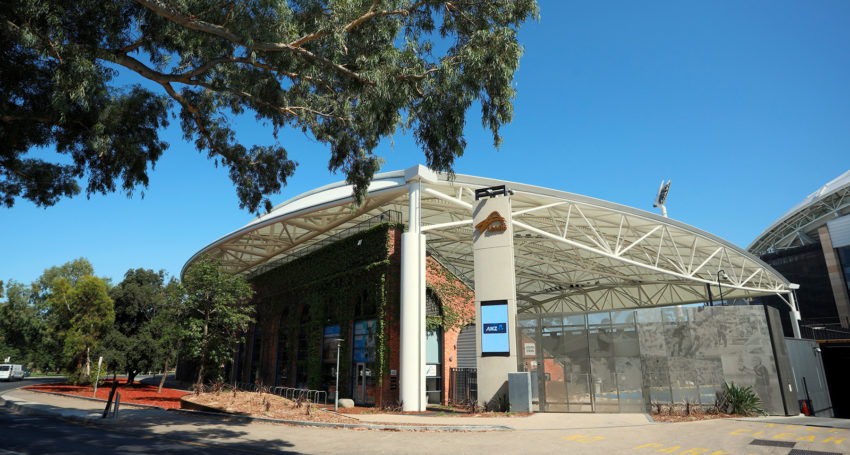 The State Government has officially placed a second city sports and entertainment hub on its policy agenda, amid speculation A-League soccer could be shifted from Hindmarsh to the CBD.

It’s understood plans for a covered stadium have been prepared for consideration but a specific site has not been earmarked, with competing proposals for an arena on either side of Karrawirra Parri River Torrens.

The Adelaide City Council’s CEO has been in discussions with the owners of Coopers Stadium regarding its bid to build a new arena on the railyards. The second proposal is flagged for War Memorial Drive, next to Adelaide Oval.

Details of the proposals remain sketchy and cloaked in secrecy, but InDaily discovered both were ranked at the bottom of a list of options for a similar plan presented to the former Labor Government. 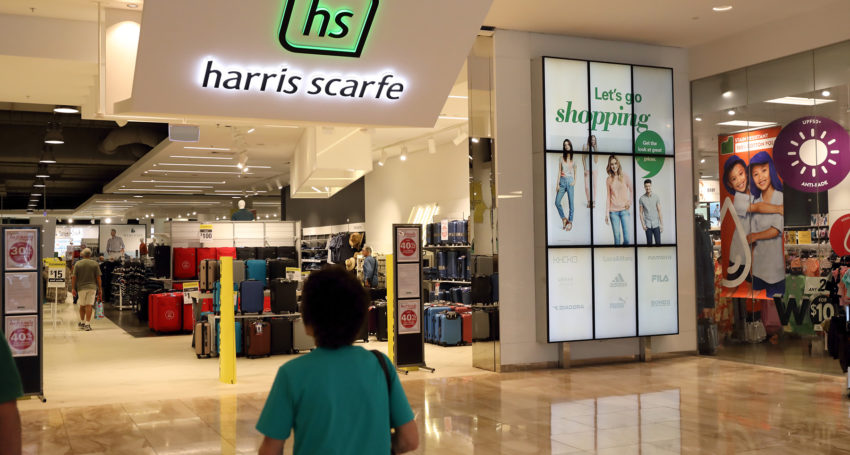 The new 3,000-square-metre space is to be branded the “Rundle Place Culture Club” and will host temporary bricks-and-mortar popups for online retailers, as well as arts and cultural events.

Local architectural firm Das-Studio has been enlisted to help design the space, which will draw inspiration from the former MANY 6160 activation in Freemantle, Western Australia, which used 20,000 square metres of department store floor space for retail, makers, studios, galleries and events.

It’s not the first time Renew Adelaide has been engaged to attract tenants to the building, having connected Rundle Place with art gallery De La Liff, also on level one.

Lord Mayor Sandy Verschoor was taking a tour group through Town Hall last year when she noticed there were zero portraits of women hanging in the council chamber.

The realisation prompted her to ask the council to commission a portrait of the council’s first female Lord Mayor – Wendy Chapman – to hang in the chamber, and to review the representation of women in its civic collection.

Once completed, Chapman’s portrait will be the first of a woman to hang in the chamber, which already boasts an impressive collection of all-male portraits of former Lord Mayors and prominent Adelaide pioneers.

While Town Hall’s civic collection already comprises portraits of women, none are currently displayed in the chamber – except an obligatory portrait of the Queen.

Four years after the Adelaide City Council embarked on a project to build two separated bikeways in the CBD, the north-south route along Frome Street is still incomplete and the east-west link hasn’t reached planning stage.

Councillors continue to debate where they want to locate the east-west route – despite the council endorsing Flinders and Franklin streets as the preferred option in 2017.

Deputy Lord Mayor Alexander Hyde’s latest pitch is to build the bikeway along Grote and Wakefield streets – an idea the council’s transport planners have advised against due to the frequency of buses that travel down the strip.

Meanwhile, the north-south corridor down Frome Street is held up by the ongoing construction of the 36-storey Adelaidean Hotel and an adjoining student accommodation tower.

It’s looking increasingly likely that the project won’t be finished until 2021 at the earliest. 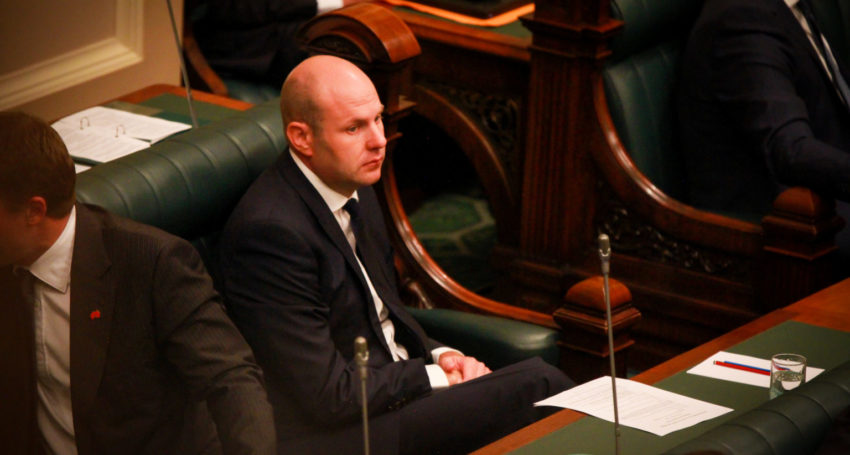 Embattled Liberal backbencher Sam Duluk – once considered a rising star of the party’s right faction – has taken leave from parliament and the party after police confirmed he had been reported for alleged assault.

The announcement came minutes after Premier Steven Marshall announced he had banished the Waite MP from the Liberal partyroom, springing into action after the involvement of police and becoming aware of “further allegations.”

An audio recording leaked from a Waite Liberal State Electorate Committee meeting revealed Liberal members want Duluk to stay on as their MP – despite the allegations.

It is alleged Duluk slapped SA Best MLC Connie Bonaros on the behind during a Christmas party and sent her unwanted text messages. There are also allegations Duluk was involved in two other incidents, understood to have involved behaviour towards parliament house employees.

The rapid spread of global epidemic coronavirus has taken a hit to the state’s economy, with almost 6,000 Chinese students enrolled to study at South Australian universities facing delays arriving back in Adelaide.

Some courses were postponed, while Chinatown business owners claimed they had lost about 30-40 per cent in trade – forcing some restaurants to close their doors.

Meanwhile on the bushfire-ravaged Kangaroo Island, accommodation providers said they had been hit with cancellations from would-be Chinese tourists who were blocked from coming to Australia following travel bans.

One 24-year-old South Australian woman was tested positive for coronavirus after been evacuated from the Diamond Princess cruise ship in Japan. 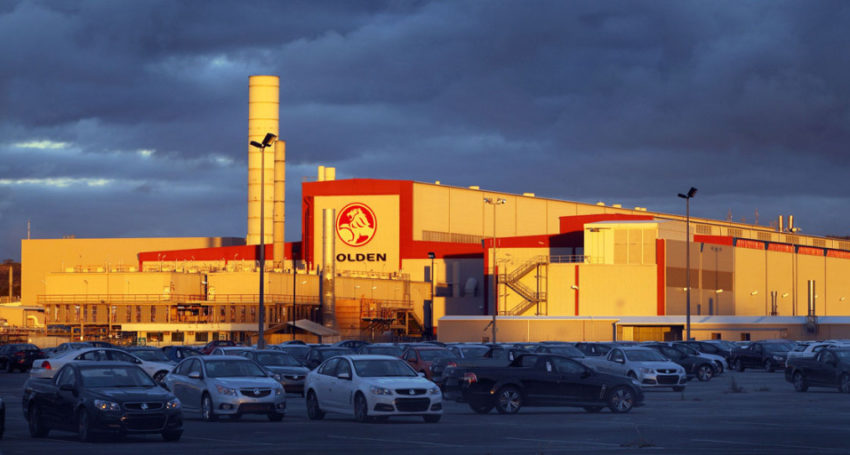 Three years after closing its Holden Elizabeth factory, US car manufacturer General Motors announced it would withdraw entirely from Australia by 2021.

GM President Mark Reuss said the company had considered a range of options to continue Holden operations, but that none of those options could overcome the challenges facing the company.

The exit means the end for the iconic Holden brand, which began as early as 1858 in Adelaide, when James Holden, a 28-year-old leatherworker, opened a shop in Gawler Place.

Following the announcement, rival company Ford said it would commit $500 million to the Australian market in 2020, as well as hire more staff.