Local producer and visual artist Lonelyspeck released an EP at the tail end of 2019 that gleams with sonic souvenirs of their past. We speak to the artist about what it’s like holding the world’s concentration and performing to thousands of strangers. 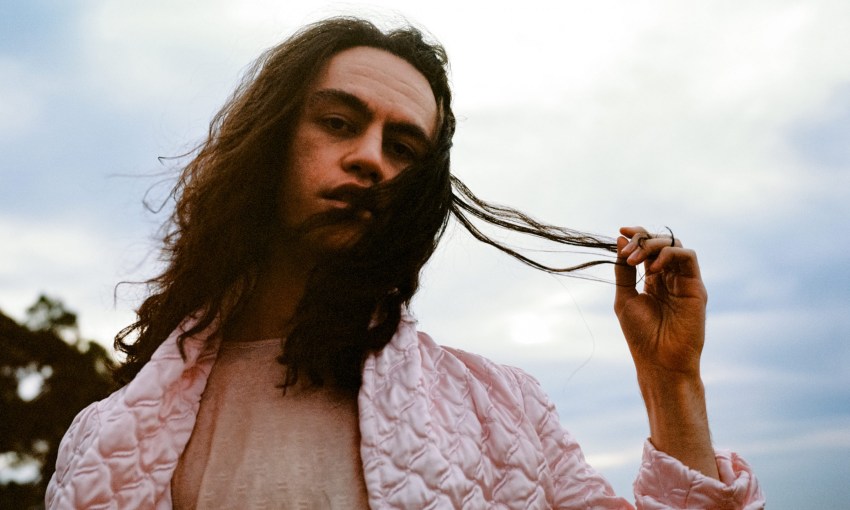 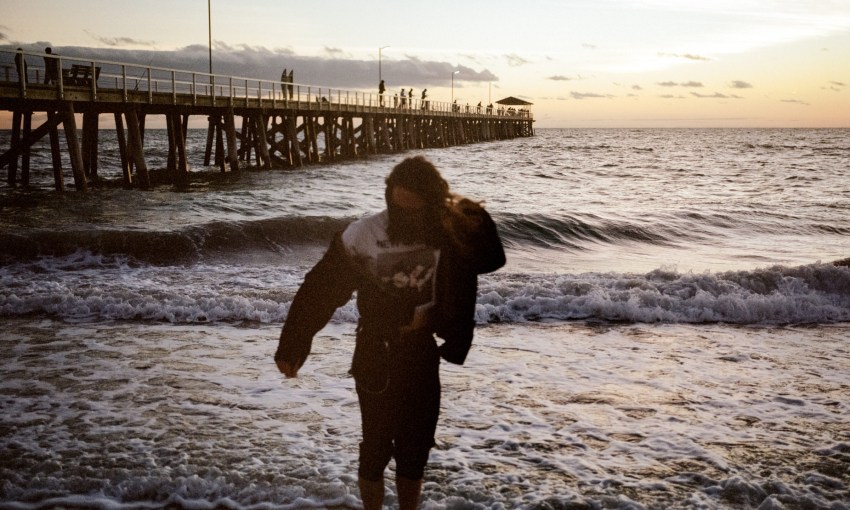 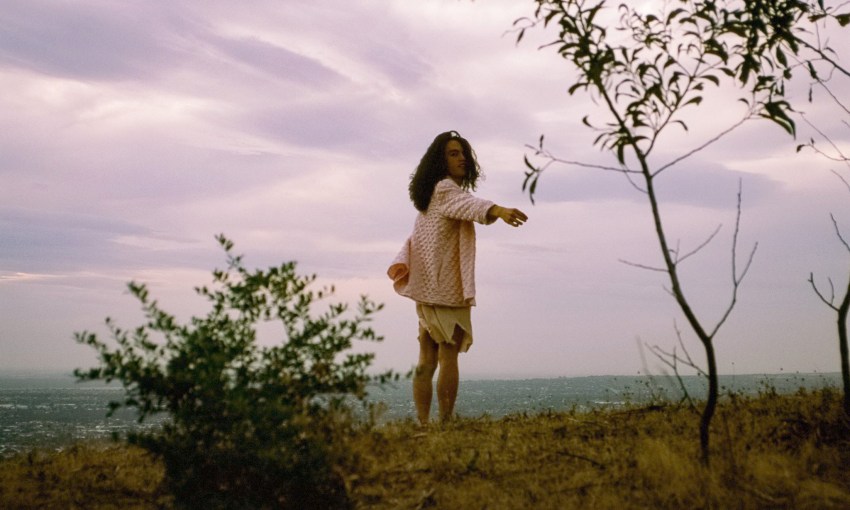 Alternative rock bands from the 2000s – like My Chemical Romance, Paramore and Avril Lavigne – were part of the upbringing for multi-disciplinary artist Sione Teumohenga, also known as Lonelyspeck.

“A lot of the EP revolves around reflecting on the past, and embracing my feelings about the past that I maybe didn’t get to process when I was younger,” Sione tells CityMag of their latest release, Abyssal Body.

“That music was just kind of the soundtrack to that time of my life.

“Another thing was I was like a massive Halo nerd when I was like 14. It’s a very personal thing, but I guess that kind of represented the visual element of that kind of era to me.”

The world first took notice of Lonelyspeck when they dropped their EP Lave in 2017.

The five-track release dapples with experimental electronica (think glitch beats and vocoders) and empowering pop-sensibility – lyrics like ‘It isn’t about you / It’s about me’ from single ‘All My Skin on the Air’ could’ve been fleeced from a Mariah Carey anthem.

But in November 2019, Lonelyspeck released six-track Abyssal Body, which took a detour from its predecessor.

The cover art resembles something from a universe clad with metal and steel, and deals lyrically with themes previously explored in Lave, like identity and belonging, but through alloy-sounding textures and structures.

Cataclysmic chords, volatile energy and revealing imagery offers rawness to the EP, which nods to Sione’s musical past.

“I’m trying to make pop music out of stuff that isn’t pop music,” Sione explains of the alternative release.

“I just wanted to really kind of go for everything that maybe I had felt like I couldn’t do before.”

Although they’re proud of the work, some of it is quite scary.

For example, ‘What If You Don’t’ explores the conflict of having an identity split between two countries, Australia and Tonga; Sione says this song is about family, and is something those close to them have never spoken about.

Other songs explore concepts that potentially sit close to all of us, like not feeling satisfied in the skin we’re in or how others define us. This is exemplified in ‘Brine’ through Sione wailing lines like “I deny myself to me / When I define myself your way,” admitting, almost out of exhaustion, that their own sense of self is “wrong.”

Like all good pop or industrial rock songs, Lonelyspeck wanders into tough territory. 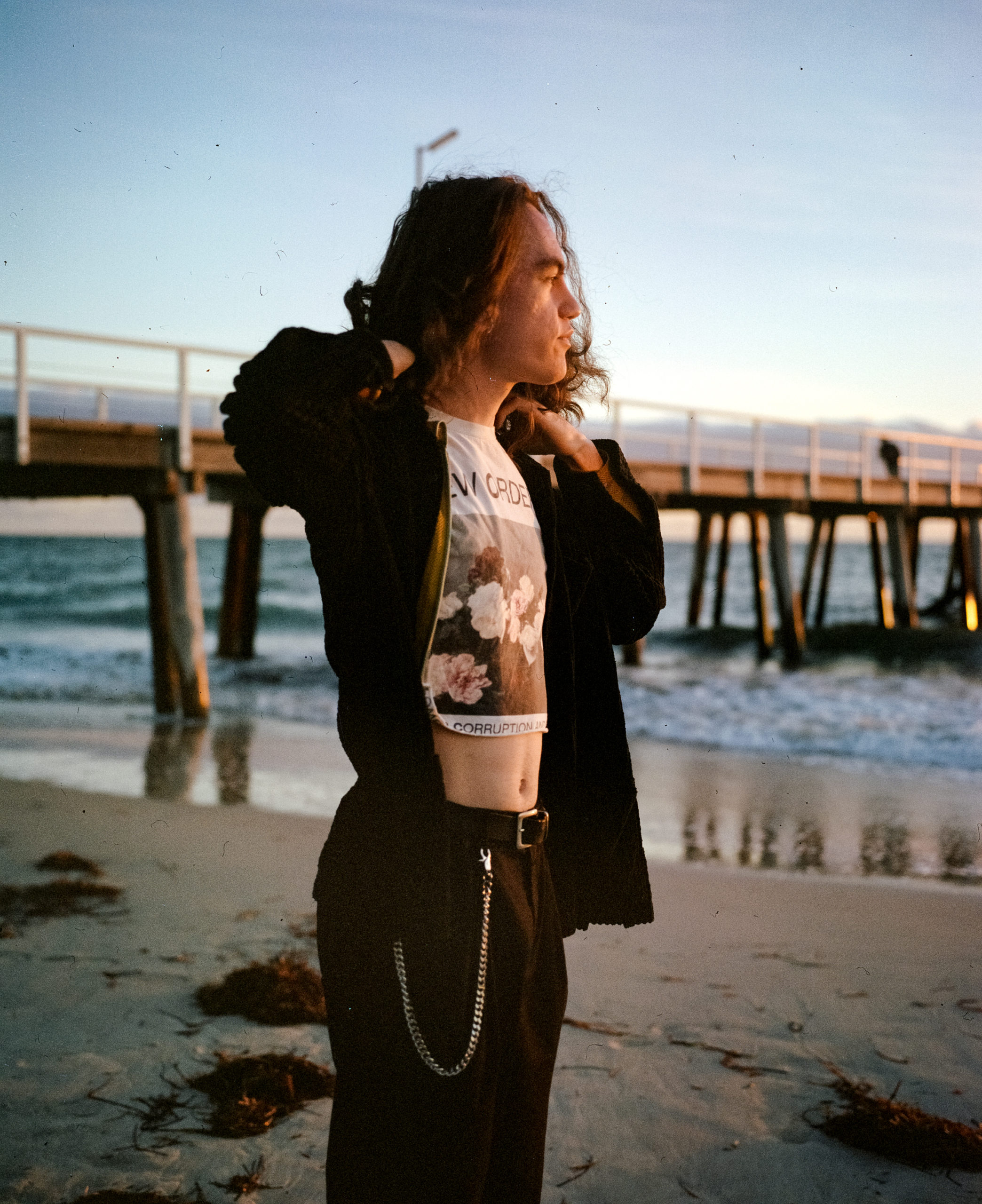 “I just wanted to not deny those feelings exist, I guess, and even though like, I don’t necessarily feel like dark things all the time or whatever, I didn’t want to pretend it doesn’t exist.”

Sione’s first musical memory was from when they were younger, fiddling with a small keyboard. This interest evolved into something more fruitful when roughly a decade later, at the age of 15, they eventually learned to play guitar.

If being a bedroom producer savant wasn’t enough, Sione eventually turned towards the visual arts to add an extra layer to the Lonelyspeck experience; they have produced all the premium video clips and album art.

“The music is very visual in my head, so I always want to do something visual with it,” Sione says.

And despite their music delving into the past, Sione is always looking towards the future. They’re stoked to perform live at the Girls Rock! stage at Laneway Adelaide this Friday (Girls Rock! is a platform and youth group aiming to amplify female and non-binary artists in music) and for what’s next on the horizon.

“I’m most excited for Charli XCX and The 1975, as they’re two of my faves, but also really looking forward to Earl Sweatshirt,” Sione says.

And there’s plenty more we can expect from Lonelyspeck, beyond their recent EP and upcoming performance at Laneway.

“Now that I’ve finished this EP and it’s out, it already kind of feels old to me. I want to see what’s next.”