Laughing along with The Bait Fridge

Art collective The Bait Fridge and sister musical outfit Slowmango let CityMag into their costume-filled Kent Town studio to sit in on a laughing choir session, where all senses of self were dissolved.

In an inner-east arts studio, a room full of well-adjusted adults erupts in a frenzied chorus of giggling. Amid the outburst, a high-pitched witch’s cackle cuts through the cacophony.

About 30 seconds later, two men let rip a round of monosyllabic, wheezy laughs, sounding like a pair of delirious pirates.

The Bait Fridge and Slowmango will perform at The Lab on Saturday, 27 November.
Tickets and info here.

This article first appeared in CityMag‘s 2021 Spring Edition.
To see the story come to life, pick up a mag, download Artivive and point your phone’s camera at the page.

We dutifully watch our conductor lower and raise his hand. The choir (which today includes one cautious journalist) adjusts its dynamics, becoming louder or quieter depending on the gestures.

As the improvisational exercise rages on, the group’s individual identities – a mixed bag of theatre nuts, painters, illustrators, musicians and photographers – liquefies, becoming a mass of flesh and sounds.

This goes on for a few minutes, and after a round robin of shushes our leader indicates it’s over. A loud rumble of authentic laughter quickly takes over.

This is the laughing choir, as executed by Adelaide’s most exciting live creative force, The Bait Fridge.

Emmaline Zanelli has been a core member of the multidisciplinary arts group since 2016, in addition to her individual career as an artist and photographer.

Wearing a crown made from orange barrier mesh, she tells CityMag she’s “very passionate” about the laughing choir, which now occurs weekly as part of Bait Fridge rehearsals.

“I really enjoy The Bait Fridge’s migration towards something that is not always improvisational,” Emmaline says.

“While there is always going to be chaos in our performances, I like the idea of finding a storyline and rehearsing small skits with people, like songs on an album.” 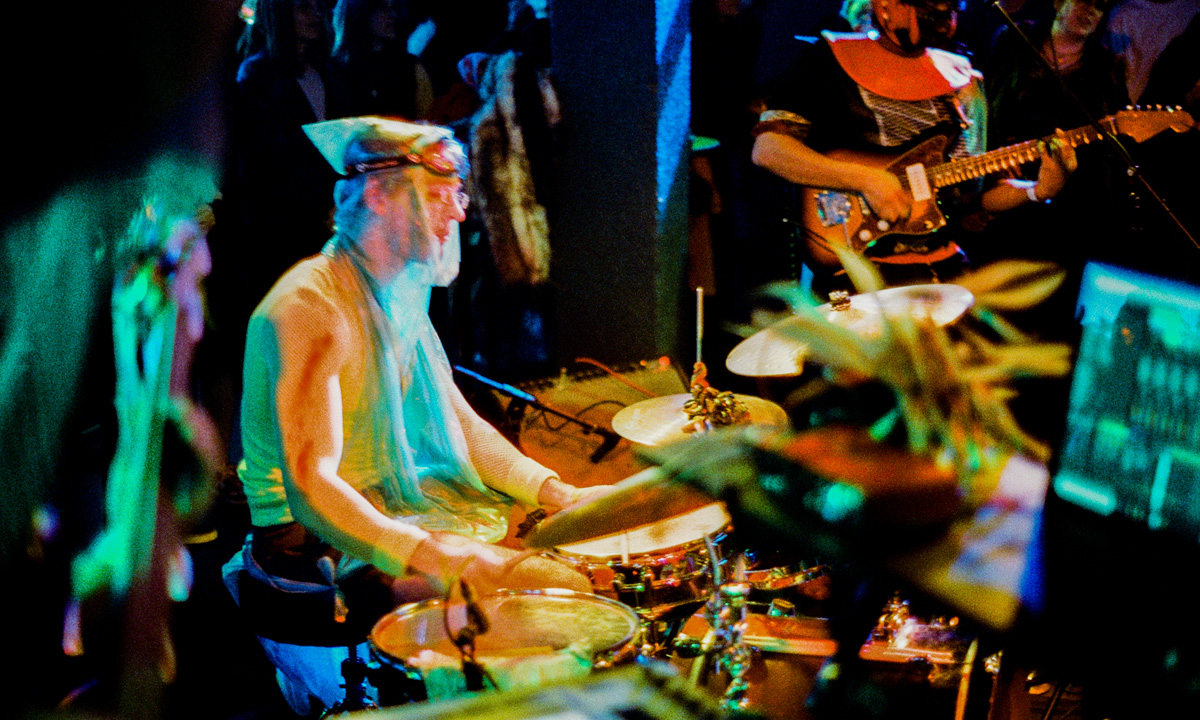 The Bait Fridge formed seven years ago at Blenheim Music and Camping Festival, with six collaborators invited to perform on stage at the regional event.

Abstract painter and founding member of The Bait Fridge Henry Jock Walker dismounts from the beams of the studio, where he was hanging like a bat, to explain the festival was foundational to the group’s identity.

“We found this old fridge in the dump next door and it had ‘The Bait Fridge’ written in tape. It looked like it was kind of coming off. We took it as ours,” Henry says.

With the laughing choir portion of the evening done, we’re now all sitting around a table dotted with discarded pieces of fabric, shared bowls of potato chips, and a smattering of pens and pencils.

Over the course of an hour, CityMag throws questions into the room full of artists and makers. As they respond, we notice some members of the group drawing. As our interview comes to a close, entire illustrated universes are left in our wake.

Another of the original six members, multidisciplinary artist Kaspar Schmidt Mumm, says the first show began with the gang gathering trash from the town dump.

“We built a stage out of all the garbage,” Kaspar says. “And even paint catapults.”

In 2015, musicians Declan Casley-Smith and Abbey Howlett performed inside a queen-sized double bunk bed, encased in Perspex, while the artists threw paint around them. The musical performance became a full-blown, improvisational, artistic dumpster fire. 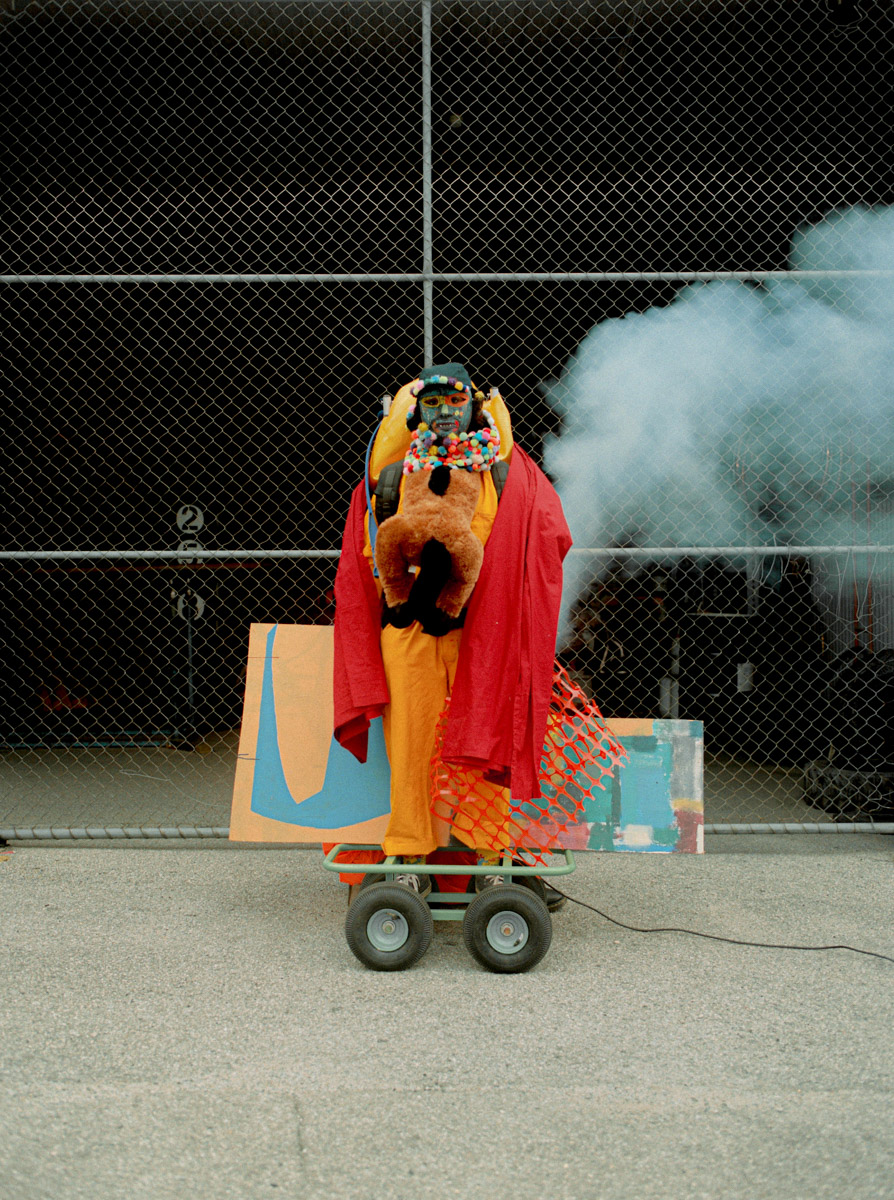 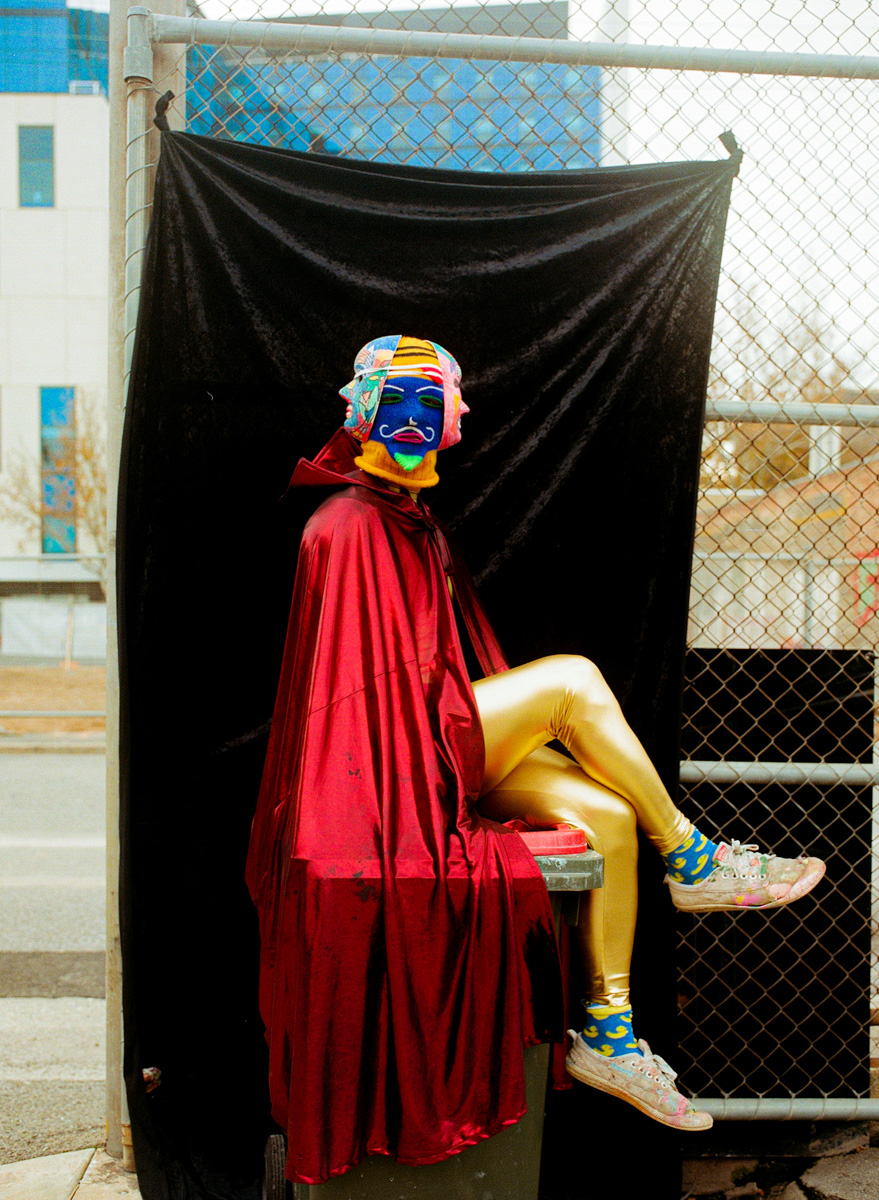 In the six years since, members have come and gone, with 19 artists and musicians currently part of the Bait Fridge family. The Bait Fridge’s existence has been one of perpetual mutation.

Everyone in the group agrees the collective’s future trajectory is in international tours, exploring “sexy and scary” conceptual territories.

Screen printer, DJ and illustrator Daria Koljanin – who joins us via Zoom – says performing live with The Bait Fridge for the first time “ripped me open and took me back to being a kid”.

Painter Hari Koutlakis finds performing with The Bait Fridge liberating, “because for an hour to an entire day you have time to just let go of what you’re doing and really delve into your subconscious, and just improvise on music or paint.” 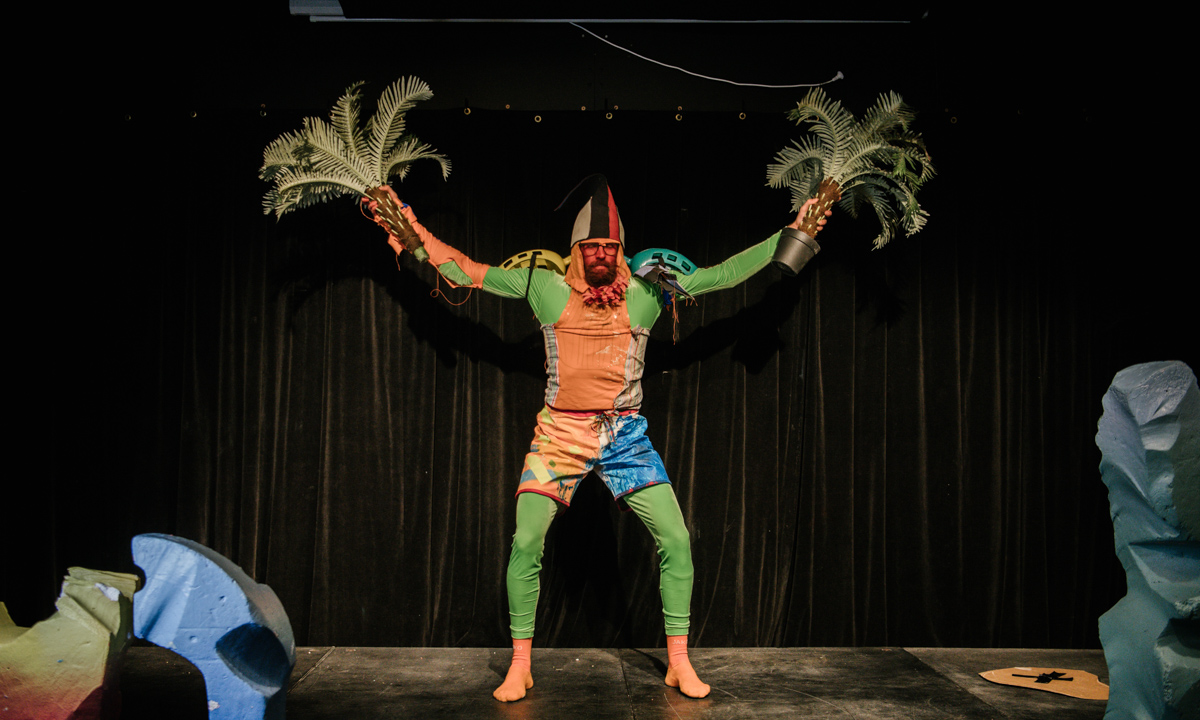 Six-piece music ensemble Slowmango is a sister of The Bait Fridge and has a self-titled three-track album under its belt. Like its sibling, Slowmango is known for chaos, creating otherworldly musical phrases borne of jams with the The Bait Fridge, such as the track ‘Blob Funk’.

The two groups even have some members in common.

With Mat Morison on keys, Aidan ‘Jazzy’ Jones on bass, Zeno Kordov on drums, Nicole Hobson on saxophone, Kaspar on the mic, and his brother Adrian Schmidt Mumm on guitar, the group recently performed at arts festival Dark Mofo, in Tasmania.

We’re curious as to why members of the collective have stuck around so long; artists are often characterised as fickle types. Emmaline says it’s because they all come from their own siloed creative practices.

“I think that’s a big focus of using the extra – whether it’s leftover energy or leftover materials – to come together and almost unlearn what you’re doing, as an institution, by doing collaborative work and experimentation,” she says.

This was our experience of sitting in on the laughing choir. We felt what we can only describe as a shedding of ego to become a willing member of the collective clump.

Each roaring lungful of laughter we released was more trash thrown into the flames of a beautiful dumpster fire.