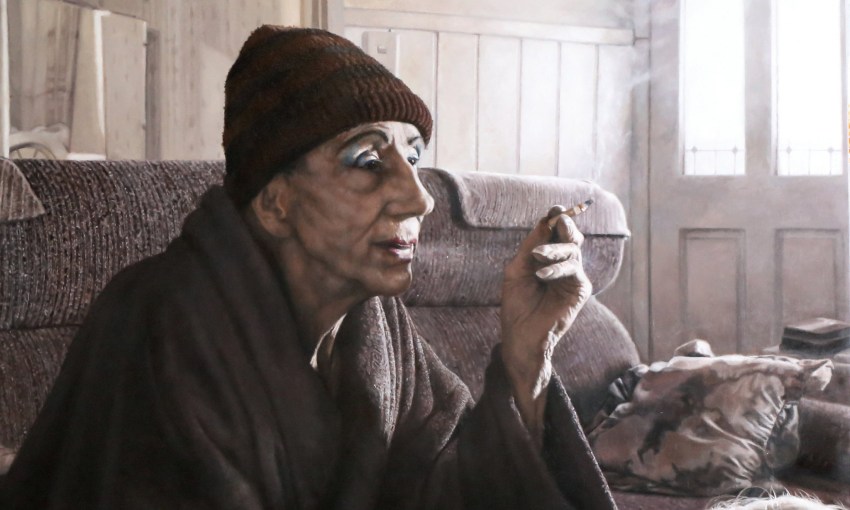 Melbourne-based artist Jaq Grantford has been announced as the winner of the 2019 Kennedy Arts Prize – a South Australian award founded by the late Robert Kennedy in 2012 and now run by his son Shane Kennedy.

Jaq’s winning portrait, Tootsie, Just an Old Drag Queen, will be exhibited at the Royal South Australian Society of the Arts at the State Library alongside the other 50 finalists from Saturday, 31 August to Sunday, 15 September.

“I’m just beyond thrilled. In fact, when I found out I was a bit overwhelmed,” she says.

“But especially with this painting, because it’s got significant meaning to me, so it makes it even more special to me.” 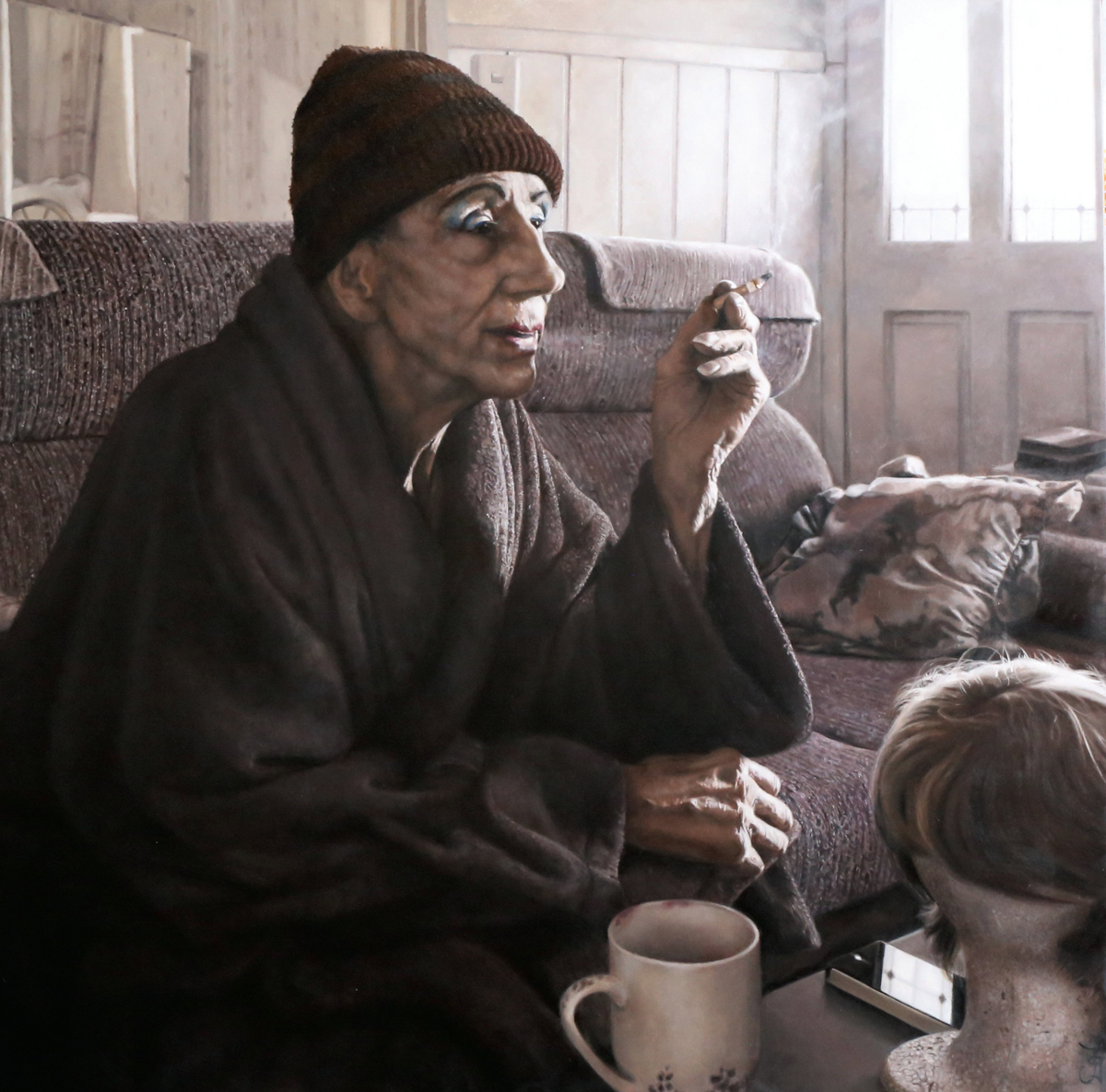 The artwork features the titular Tootsie, once known affectionately as the oldest drag queen in the Southern Hemisphere, at his Melbourne home rugged up with a beanie, a cigarette, and the faintest reference to his career as a performer on his brow.

Jaq had known Tootsie for years and had painted him previously, but was drawn back to the performer for the depth in his story.

Tootsie had suffered early in his life, Jaq says, losing his twin brother at age 16 and finding his mother dead from self-inflicted poisoning not long after, and at the age of 20 he was imprisoned for his sexuality.

He started performing drag in the Melbourne pub circuit in his 60s, through which he found not only acceptance but a celebration of his identity.

The theme for the 2019 Kennedy Arts Prize is ‘beauty,’ and while there is surface-level reference to the theme in his life as a performer, Jaq’s portrait tells the story of the changing nature of the understanding of beauty in Australian culture across decades. 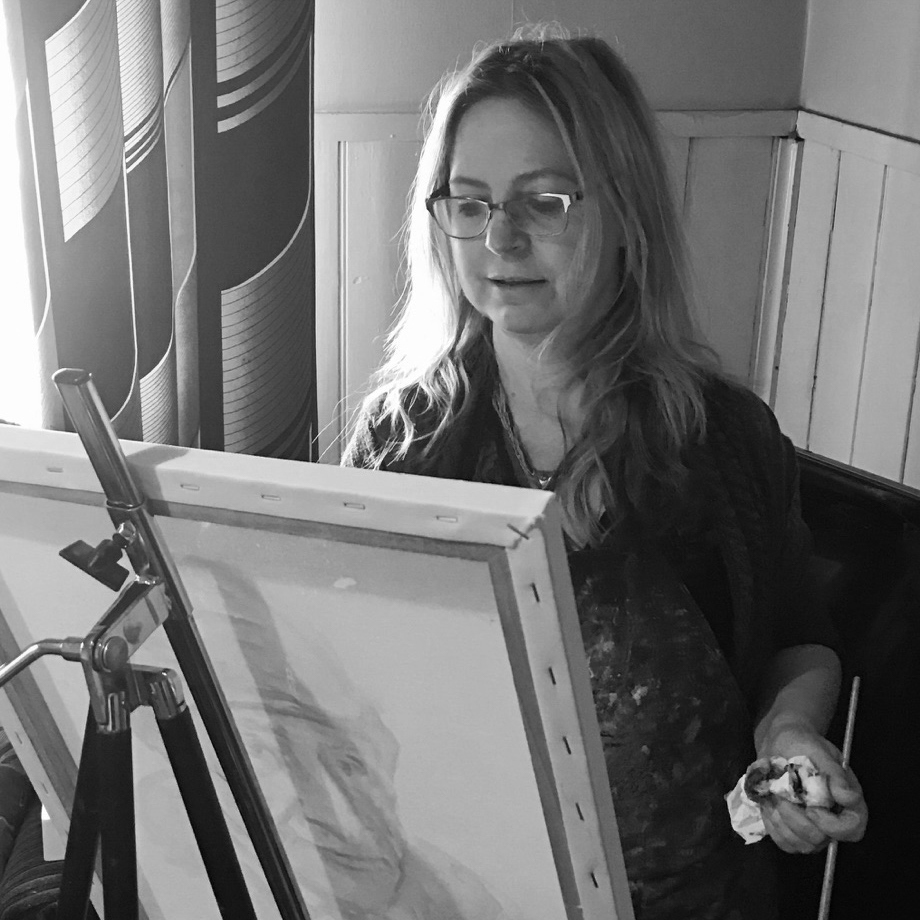 “When he was 20 no one could see the beauty in him at all – he was a criminal, he was depraved, he was something to be shut away from society. Whereas now, we can all see his beauty and it seems hard to imagine that we couldn’t,” Jaq says.

“It’s celebrating the fact that we now see that beauty, that we now can recognise the individuality of people.”

The portrait also hints at a sadder inner life, employing a monotonous palette, with only minor bursts of colour in Tootsie’s makeup. Jaq found that throughout the sittings for the portrait, Tootsie would use the opportunity to tell his story to the artist.

“He was always pretty cheerful about stuff and wanting to be open and talk about it, but I remember one time he just turned to me and said, ‘You know, I do sometimes wonder how it would have been if things had been different.’ So underneath it all there was this underlying sadness,” Jaq says.

Tootsie passed away last year at age 85, not long after being shown the portrait.

“It was significant that he knew that the painting was done. I felt, he knows he’s celebrated and that’s important. And I do genuinely, really believe that he is in heaven at the moment, not prepared to give away the spotlight,” Jaq laughs.

See Tootsie, Just an Old Drag and the rest of the 2019 Kennedy Arts Prize finalists at the State Library from Saturday, 31 August through Sunday, 15 September.