Jess Day has a duty to make sad singles

With a growing catalogue of lovelorn indie-pop jams, Roxby Downs-born and Adelaide-based musician Jess Day will be your summer heartbreak soundtrack. 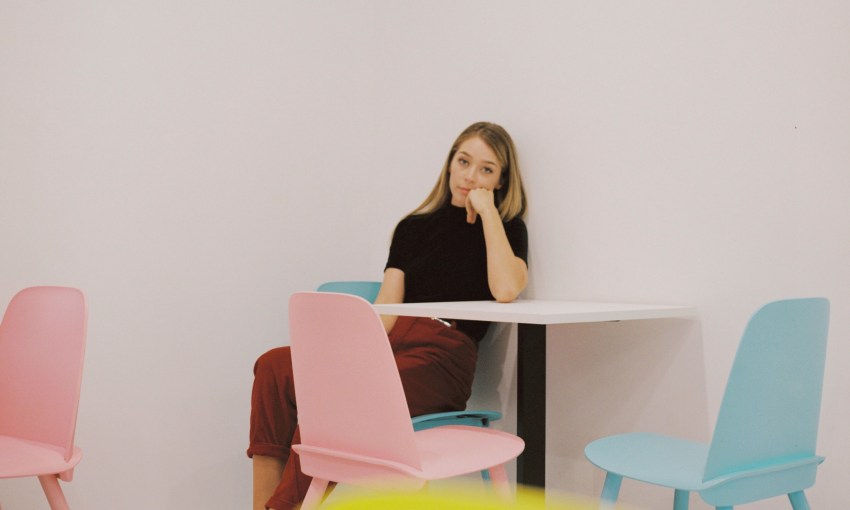 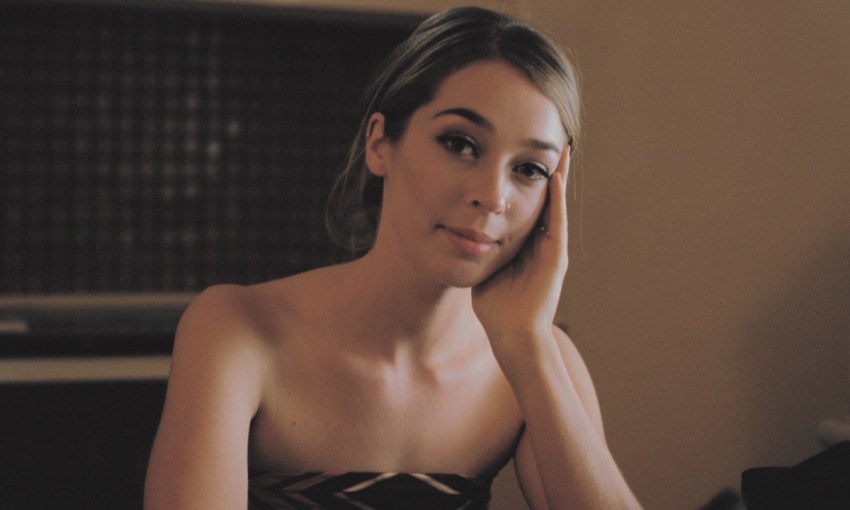 Listen to Jess Day’s song ‘Why Is She So Beautiful’ and you’ll get caught up in the jangly refrain somewhere between where her electric guitar starts and her husky vocals end.

Although lyrically this is a song about someone who’s despondent over an ex’s new bewitching partner, musically it’s light, breezy and bright.

This is because a guitar harmony listlessly floats over a vivid video clip – where Jess trades frames between singing on a rainy beach and in a sunny backyard – and high-hats come crashing down to punctuate her heartache.

Repeated lines like ‘When I see you with her / it feels like I’ve been drowning’ neatly tie up the hurt, but listening to the song doesn’t make you feel like dabbing a tissue to your eye.

Instead, ‘Why Is She So Beautiful’ taps into something else – recognition.

“The main reason I wanted to start writing my own songs was because I felt like I owed it to the other bands that helped me get through some really tough times,” Jess tells CityMag.

“If you can write songs from your negative experiences, and you are musically inclined, you kind of have a duty to create something because it’s so powerful to help people feel less alone.”

Twenty-one-year-old Jess Day has written and recorded music for two and a half years in her bedroom, but the impetus to produce her own sound comes from being a melomaniac herself.

After listening to Julia Jacklin’s song ‘Pool Party’ Jess picked up the guitar again – an instrument she learnt growing up from watching hours of YouTube – to create some vibrations herself.

But it was bands like Paramore and Nirvana and musicians like Avril Lavigne, the sounds that kept her company growing up in rural South Australia, that are her deepest influences.

“I was just a little bit of an emo kid at school,” says Jess.

“I think I fell into it after maybe just leaning on music as a crutch in school because I hated school.

“Maybe really loving music led to me wanting to play it.”

I definitely lean towards romantic turmoil 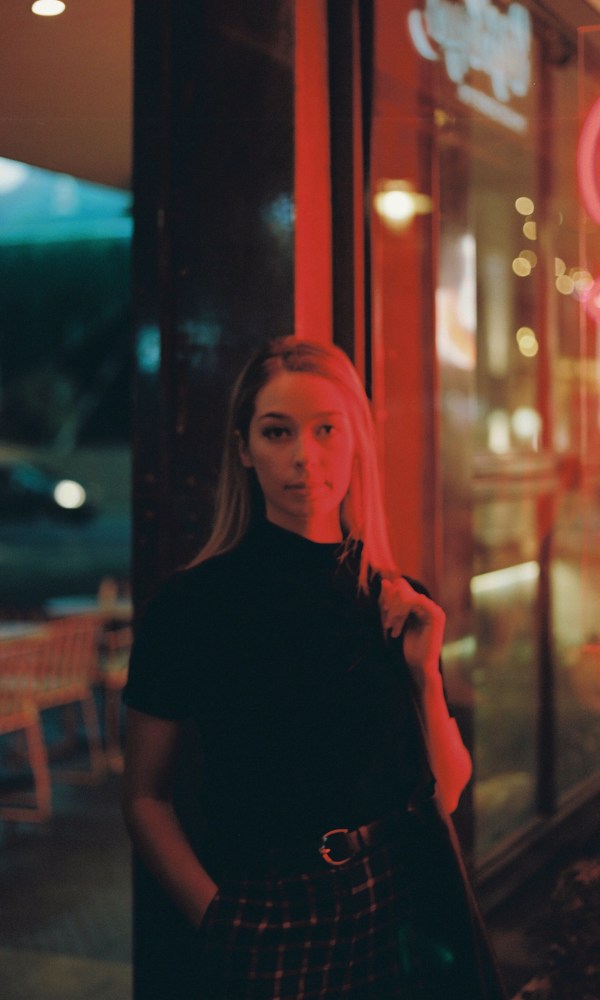 Her last two break-ups have provided her with a mountain of material; Jess’ canon so far consists of three single releases: Rabbit Hole (2019) Why Is She So Beautiful (2019) and Waiting (2018).

These songs revolve around piecing together a broken heart through a variety of sonic landscapes; tinges of rock, pop and a folk are heard throughout.

“I definitely lean towards romantic turmoil – it is one of the more potent emotions that I go through,” says Jess.

“And maybe that’s messed up but I don’t think I’m ever going to be able to write happy material.

“But because I relied on music to get me through shit times, I enjoy music about shit times and I can connect with it a lot more.”

Jess’ approach to music is completely DIY. She records the beginnings of tracks in her bedroom and then heads to the studio to put down the final takes of the bass, guitar and vocals, all of which she plays herself.

Only the drums are “outsourced” to local musician Jack Newlyn.

In terms of a longer format release, Jess doesn’t believe it’s a strategic move right now as “albums are dying” but could see one penned for the future.

“There’s generally not a lot of support with albums,” she explains.

“They take a lot of money to make and for the amount of money they take to make, you’re not guaranteed people’s attention.

“Whereas singles, you can keep your social media presence up.

“All the money’s in streaming now, [and] it’s not so much in buying records either.

“But that’s my dream, to release an album.”

And Jess’ current three singles have generated enough hype to see her tour with indie-rock folk outfit Boy & Bear in August, and she’s been named on the sold-out Handpicked Festival bill, set to take place in Langhorne Creek at Lake Breeze Wines this November.

Among vineyards and eucalyptus trees. Jess will perform her three known singles plus and slate of unheard material – alongside musicians like Amy Shark, Missy Higgings, John Butler and more.

“They’re new ones and also old ones that are just good to play live,” she says of her upcoming set.

“They’re not necessarily ones I’ll record but will sound good and keep the energy high.”

The dynamics of what Jess could explore in an album, however, already seemed to be explored through her singles.

If we go back to ‘Why Is She So Beautiful,’ the clip ends with Jess finally gleaning a smile.

The kind that shows she knows she’s created something beautiful, and has made an impact, in just three minutes. 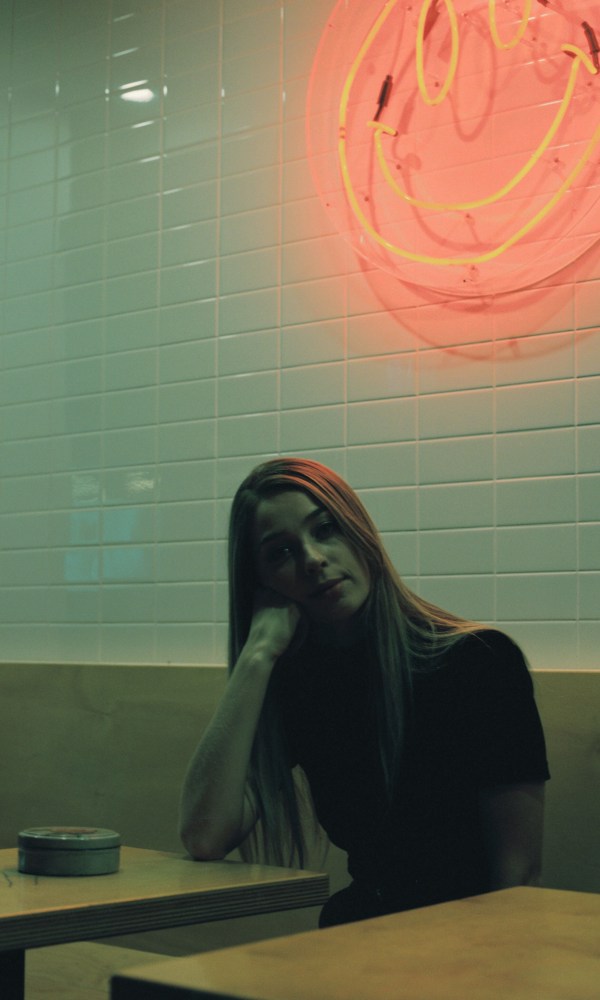 Although Handpicked Festivals seems to have exhausted all its tickets, head to Moshtix in case some unlucky punter can’t go and puts theirs up for re-sale.