Rather than shrinking in the face of the pandemic, The Mill has come out stronger, with a new coworking space for creatives, bringing new skillsets and experience under the arts organisation’s expansive roof.

At its most affected point during the pandemic, The Mill’s active occupancy reduced by 30 per cent of pre-pandemic times.

The arts organisation was forced to shut its public-facing activities, but was steadfast in its commitment to provide a space for its artist residents to work unimpeded.

For various reasons, many of The Mill’s artists chose to work from home, or spend their time on other pursuits, while the harshest coronavirus restrictions swept across the state.

The Mill was able to alleviate some concerns for their tenants, using the funds they’d received from a bumper Fringe season and a cash injection from the Department of Premier and Cabinet’s arts and culture program to pay for everyone’s studio rent for three months.

“Unless SA Health came knocking at our door and said close down, we were going to do everything we could to keep the place open,” says general manager of The Mill, Tim Watts.

“At that stage there were probably 36 people working here, something like that. Our first responsibility was to those 36 who pay us rent 365 days of the year, to make sure that if they needed to come to work to earn a living, that they could.”

This also included setting up an online store for artists within The Mill to stock any saleable pieces they might have, and trying to accommodate any residencies they had scheduled.

Adelaide arts troupe The Bait Fridge turned their residency into a series of Zoom art parties and COVID-safe public performances – including to people visiting the site in their cars.

It was for The Mill, as for everyone else in South Australia, uncharted territory, but they have made it to the final quarter of 2020, in a stronger position than when they started. Their occupancy is now up from 36 to almost 50 people.

This came from an opportunity that opened in the space above them when modelling agency Finesse moved out of the building.

The Mill team took the idea to their tenants of doing something with the loft space, and photojournalist and videographer Morgan Sette, who has been in The Mill for three years, developed a business plan for a coworking space for media creatives. 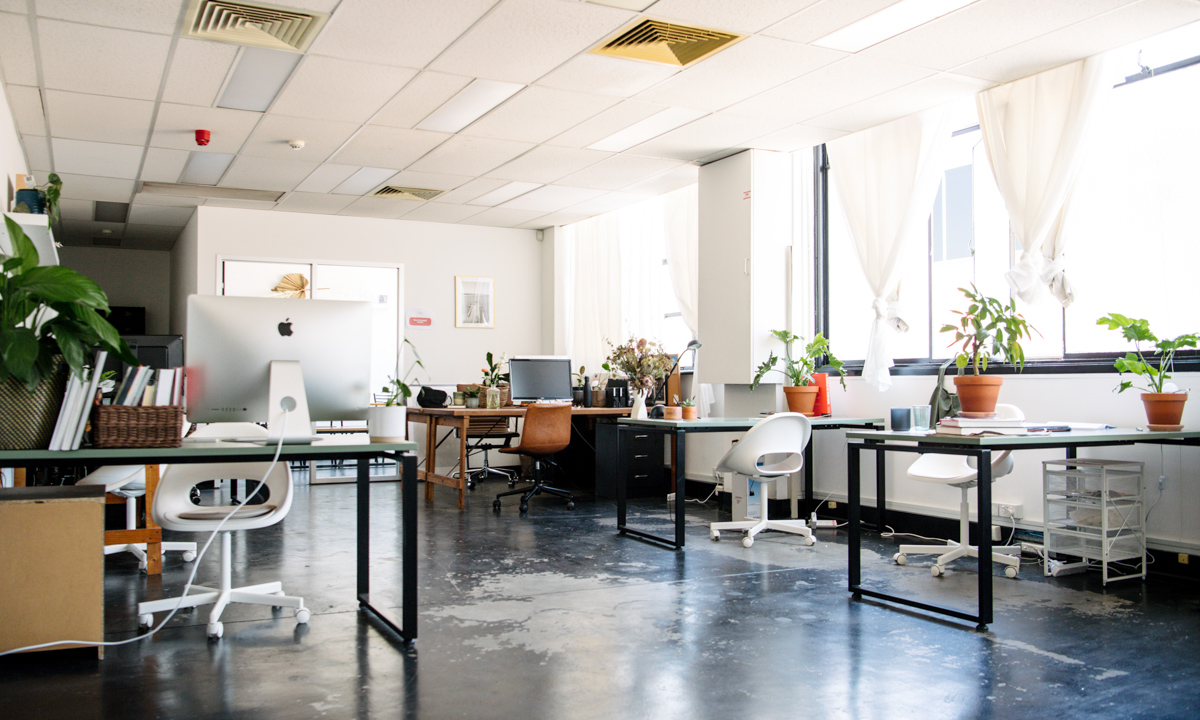 Called Upstairs Studio, Morgan built a photography studio for herself and decked out a space where photographers, writers and designers can now become part of The Mill’s family. The business is run by Morgan, who leases the space from The Mill.

It adds a new dimension to The Mill, which has predominantly been home to visual artists and craftspeople in the past.

“It was really nice to be able to expand and not just say, ‘Hey, we’re putting on more studio space,’ because we’ve got people beating the door down for studio, [but] who knows, in six months’ time, there might not be people,” Tim says.

“It also supports someone who’s been here for a long time in taking that next step in her business growth, from being a self-managed photojournalist to being a studio manager, to working with other people and running her own photography studio up there.

“It allowed her to expand in the way that she wanted to.”

For Morgan, it was advantageous timing. As a photojournalist, it’s difficult to cobble together enough work in South Australia. She had been mulling a move out of South Australia, which has since been scuttled.

“Even though I get to work for AAP and News Limited, they’re pretty much my only options here,” she says.

“With COVID, it was like, Alright, I can’t go anywhere for the next year or two,” she laughs, “so what am I going to do here? I looked into the idea of having a studio space and amping up the freelance work that I can do here.”

She found many creatives were in a similar position – some had moved or were moving overseas, but changed plans abruptly in March – so there were plenty of people looking for some office space (or anywhere to be outside of the house).

And there are flow-on advantages for The Mill in having this new band of skillsets brought in-house.

“That synergy is just there. It makes sense, and it’s something new for us as well.”

Find out more about Upstairs Studio at its website, and connect with with the business via Instagram.