How to be a festival director

Director of not one, but two Adelaide festivals, Amanda Duthie has risen to the top of Australia’s arts scene by constantly investing in those who are just starting out at the bottom.

Director and CEO of Adelaide Film Festival and Hybrid World, Amanda Duthie, learned to walk at sea on a Scottish Merchant navy tanker, on which her Dad worked and her family lived.

When the ship reached dry land, the toddling Amanda found the new, static version of gravity difficult to deal with. But she adapted, and it’s something she’s done many times since.

Amanda’s family eventually left life at sea to settle in Australia and it’s here that her career in screen culture began. She’d worked in community radio throughout high school, and eventually picked up a two-week temp job working at SBS television. She took to it immediately, though, and soon the role became something else entirely.

“I started out working in the tape library and I think I left as a producer and an executive producer on some shows,” says Amanda.

“This was pre-digital – one inch tape was the broadcast master tape format, so a little bit like that Michael J Fox movie where he works in the mail room, I got to know – like an ant farm – how a broadcaster works from my one inch trolley as I skipped from edit room to studio to the production offices across all of SBS television.”

From her experience at SBS, production – a role best summarised as the person who enables a film or TV project to actually get off the ground and then also makes sure it gets done – became Amanda’s specialty.

And while she left the network to work with Australia’s favourite and most-famed art critic, Robert Hughes, on his show Australia: Beyond the Fatal Shore, Amanda says the lessons from her time there still inform her work today.

“I learnt how to make programs on not very much money and utterly engaged in terms of multicultural Australia,” says Amanda.

“So I had this really amazing education into program-making, but also on the diversity of Australia’s stories and I think for me and so many of the friends and colleagues I worked with at SBS, that is deep now. The SBS DNA really informs all of our work.” 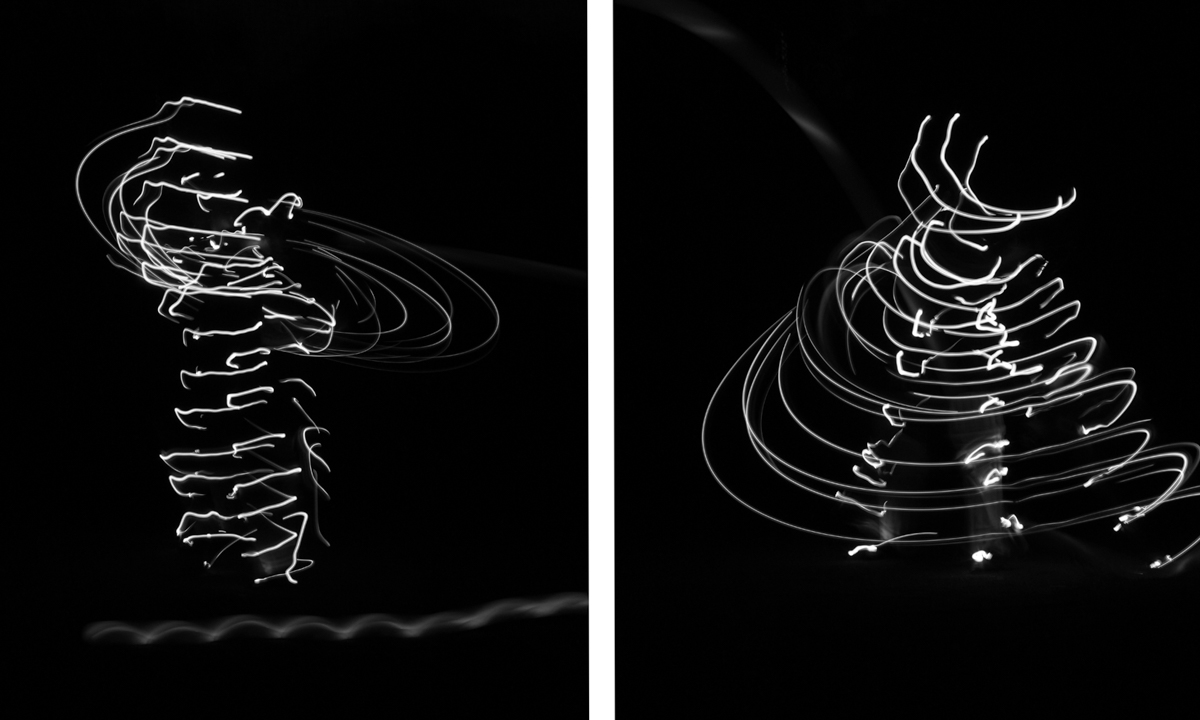 Trent Parke and Narelle Autio, The Summation of Force (detail – still from digital moving image), 2017. Courtesy the artists and Hugo Michell Gallery, Adelaide and Stills Gallery, Sydney. These stills are from a virtual reality work that premiered at AFF 2017.

In these roles, Amanda was able to spot and nurture talent – developing the ideas of emerging Australian show runners and film-makers into full blown productions. It was also where her instinctive embrace of new technology and new challenges began to shine through.

“When I arrived at ABC it was just ABC TV, that was it,” says Amanda. “And then ABC 2 was sort of starting up and then online was starting up, and when I left it was ABC 1, 2, 3, 4, online, everything.

“So, the whole landscape had radically changed.”

Since moving to Adelaide to take up the Adelaide Film Festival director’s role in 2011, the twin priorities of welcoming new kinds of storytelling and fostering talent have defined her tenure.

As administrator of the Adelaide Film Festival Funds, Amanda has supported an endless list of feature films, documentaries, shorts, and digital or hybrid reality projects – many of which push the boundaries of screen culture by incorporating the use of still-developing technologies like virtual reality.

This progressive bent meant that when Events South Australia were pondering who could take charge of the newly-invented Hybrid World Adelaide – a public festival, conference, and funding lab focused on the collision between real and digital worlds – Amanda and her team seemed like the natural choice.

Now, they run both major festivals. While the marriage of a festival of art and one of technology might seem disparate, Amanda says their purpose – and that of most festivals – is the same.

“It’s finding that exciting and challenging work, the experimental, and riding the wave of what audiences are interested in while giving them something they might not come across normally,” she says.

Five directors Amanda is excited about in 2018

Anthony Maras: “His first film was an Adelaide Film Festival investment fund film called The Palace and this year he releases his first feature – Hotel Mumbai”.

Molly Reynolds: “She is taking her first steps into virtual reality… and is someone who has come from the digital sector into film making so I think her perspective is really unique.”

Sophie Hyde: “She’s been able to work in interactive, films, TV, documentaries, and work overseas, has this incredible reputation, and has that South Australian spirit in all of her work.”

Jennifer Kent: “She made The Babadook and because of the genre I think people didn’t quite understand… she has so much breadth as a screen storyteller that she can do any genre that she goddamn pleases.”