Behind the well kept rose beds of Veale Garden there exists Walyo Yerta, a small community garden offering freely accessible green space and produce to residents of the CBD.

By mid-morning on Thursdays, most of the volunteer caretakers at Walyo Yerta Community Garden have gone home for the day.

The weekly group of visiting school kids has come and gone, and so too has the energy required to tend the garden bed.

CityMag is telling stories that chronicle Adelaide’s efforts to become a more sustainable city in partnership with the City of Adelaide.

On the Thursday that CityMag visits, Greg Martin, a retired journalist and speechwriter, is the sole gardener left behind.

Nine years ago, he was part of the cohort who petitioned the City of Adelaide to have this open access garden installed in the Parklands, just behind the pristine Veale Gardens.

“The council reluctantly built this, I think,” Greg says.

“The horticultural staff were worried. They’re very proud of this area, and their beds get vandalised a lot, and they thought that we’ll get vandalised, we’ll get discouraged and go, and they’ll have to clean up. So they weren’t all that enthusiastic.

“[But] they’re now very supportive and if we want anything, they’re always giving it to us, or giving advice or whatever. They’re very keen.”

The visiting school groups plant produce, and guided by the Walyo Yerta volunteers, they’re introduced, sometimes for the first time, to the concept of growing your own food.

“We just get some seedlings like these squash, and encourage [the kids] to plant them and water them, and come back to look at them grow,” Greg says.

“When they put something in the ground, they expect next week that they can start eating it, so they get a sense of how long it takes.” 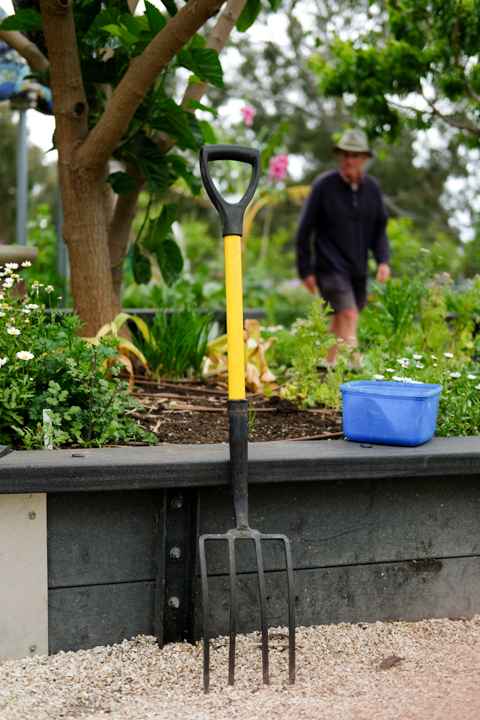 The good of the garden is not just in education though. For many city residents, who have left greener suburban pastures in favour of a more urban environment, a connection with nature is still vital.

Greg, who has lived in the CBD for the last 30 years, made the move from the Adelaide Hills, where he fondly remembers having a “very nice garden,” despite, he says, not being a strong gardener.

In seeing so many housing developments pop up in the city, he sees great benefit in letting new residents know the garden exists.

“What we’ll do with [new apartments] is we’ll letterbox drop and let them know that we’re here. The Ergo development in Sturt Street, we letterboxed that, and now we’ve got four or five regular members that have come over from there,” he says.

“So many people live in small cottages or in apartments that have no space, and they’ve got the opportunity to come down and garden.”

There is a tranquil joy in the process of gardening that has clearly captured many who visit Walyo Yerta.

Given the garden is open access, anyone is free to plant anything they like, which has led to a mix that incorporates snow peas, broad beans, Roma tomatoes, and even a banana tree in the back corner.

Similarly, the produce is free for all to take from – obviously within reason – and Greg encourages people who live in the city to come in the early evening and pick herbs for dinner that night. And to make the relationship symbiotic, he also encourages city residents to contribute to the garden’s compost.

Walyo Yerta has around 90 members and supporters, and a core group of about a dozen who regularly tend the garden.

The common good of communal green spaces in the city, for people who can often be starved of nature, or of the time required to build something of their own, is undeniable.

“There’s a nice ambience and connection… someone described it as a kind of outdoor community centre,” Greg says.

“I think it is something about being in a garden and a quiet meditative atmosphere that complements with the city, where there’s the buzz and the activity. It’s a nice contrast.”

“If we wanted a fence around it because we didn’t want people coming in and taking our produce, then it shouldn’t belong in the Parklands,” he says.

“Our philosophy is that it’s open to people to come and enjoy. The number of people that come walk through here and look at things, it’s no different to having those rose beds over there, but just greater variety.” 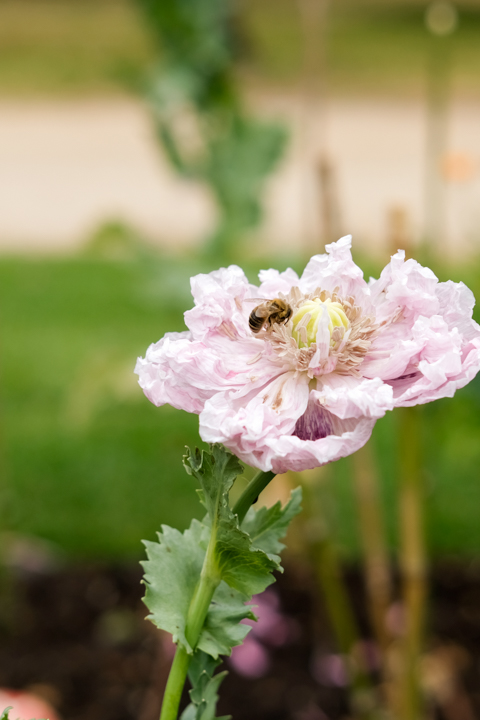