Filmmaker and artist Liam Somerville used Flinders University's virtual reality and motion capture space The Void to create a digital work that brings all humanity’s chickens home to roost in one cathartic hit. 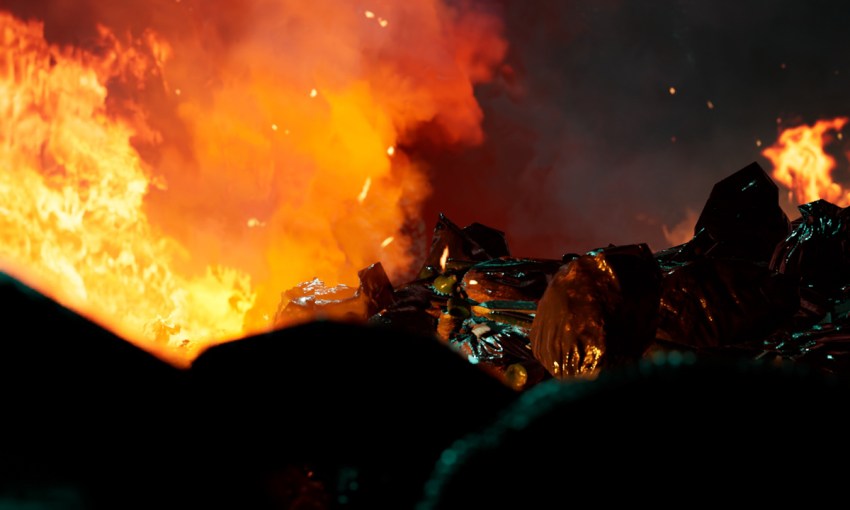 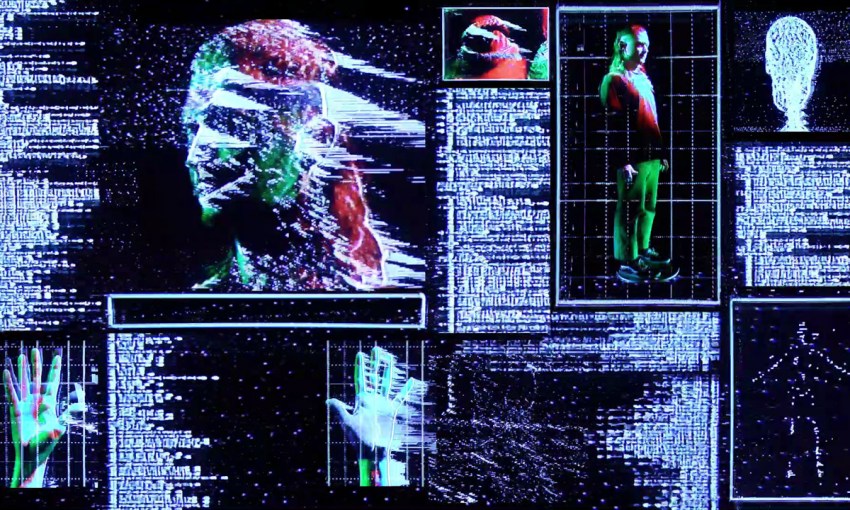 “Essentially, I’m making a VR simulation of the last 100 seconds of reality,” Liam Somerville says. “It’s a bit of an end times experience.”

Like many, Liam often finds himself thinking about how anthropogenic climate change is affecting the world around us — and how just a few decades can upturn millennia of evolution and equilibrium.

This story was published in CityMag’s 2021/22 summer edition.

The Void was recently used in the creation of Big Sand’s recent video for its debut single, ‘Take Me Home‘.
Find out more about The Void here.

“I think humans have a pretty grim trajectory on this planet if we don’t start making some changes pretty quick,” he says.

“It’s the collateral damage of all the beautiful evolutionary fringes, all the tiny little birds that grew a beak so they could drink from one special flower, or one fish that has a symbiotic relationship with another part of the world.

“All these things that will get lost through human-caused climate change.”

In his recent work Anthropocene, Liam cranked up the dial a little.

“From what I’ve read and what I understand, it’ll be a very slow crush decline, a slow violence into death and doom. I took a different approach and sped it up to illustrate a different point: that we’re living on borrowed time.”

In Anthropocene, audiences will strap on a VR headset and wake up in a shipping container slash bunker with a countdown timer on their wrist. There are no instructions, but leaving the container plunges you into a “Blade Runner meets Doom” landscape populated by titanic figures — cataclysm personified – and they’re basically trashing the joint. 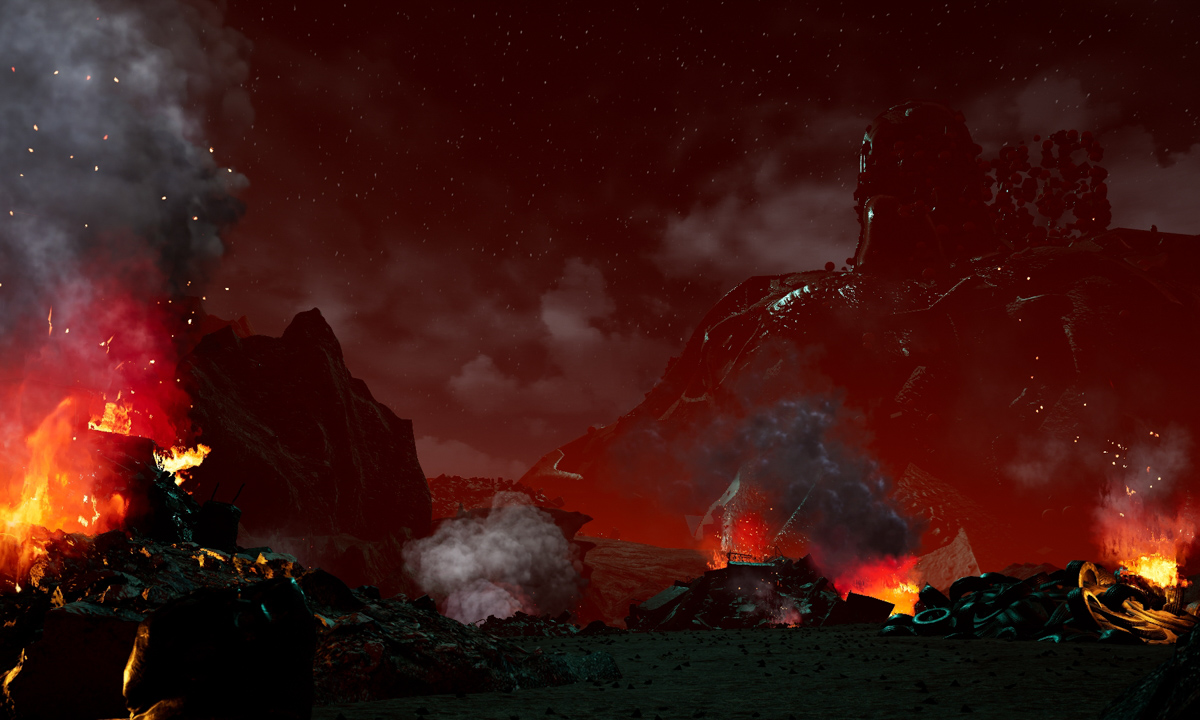 “I’m creating the game inside Unreal, which is a game engine, and I’m doing lots of the animation, the puppeteering of the character meshes, using motion capture,” he says.

Compared to his early experiments in digital animation — where months of effort might create one short, underwhelming result — The Void offers a step up.

“It’s the same kind of stuff they did with Gollum in Lord of the Rings all those years ago, the little reflective dots and the black suit, but the technology has come a long way since then,” Liam says.

“Now it all happens in real time and you can drive your character as it happens, and watch it on the big screen in front of you.”

These advances meant Liam could record a performer acting alongside a character they themselves had captured the day before.

“It’s a whole different level of animation and transferring that [action] from the human body and real-world movement into a virtual and digital space.”

Beyond Anthropocene’s initial 100-second runtime, Liam is looking forward to seeing how else he and other local artists can use this world.

“It’ll be a VR experience but I’m also going to shoot some music videos in there using a virtual camera, collaborating with my pal Michael Ellingford, who’ll do the music,” Liam says.

“And then maybe do some NFTs, and then also look at doing a live show, using it as audio-reactive live visuals, and beef it out to an hour’s worth of music.” 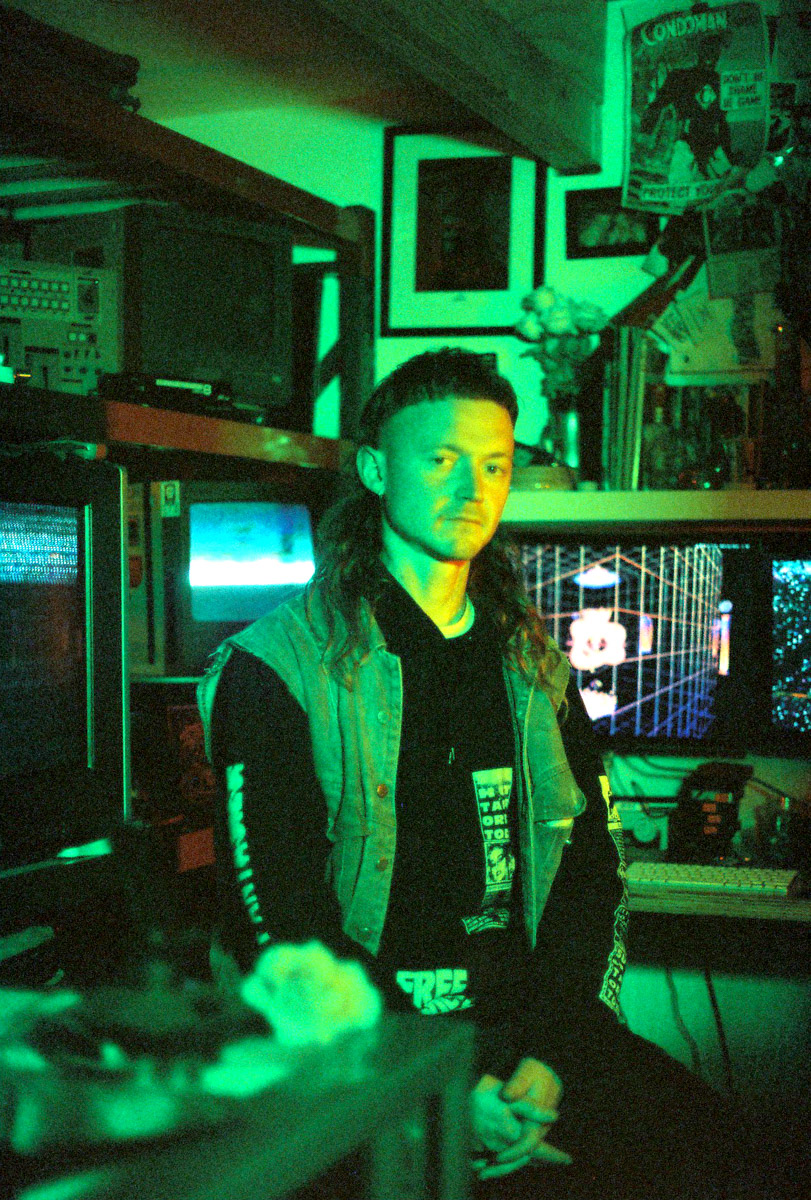 Being based at Flinders also allowed Liam to tap into some of the thinkers floating around campus – from philosophers to a space archaeologist – to gain a deeper understanding of the challenges ahead of us.

“It was incredible; I joined a bit of a post-humanities reading group for a little bit — I was very under-read,” he laughs.

“These people have been thinking in this space and this realm for upwards of a decade, and I’ve skipped in at the last second looking for some answers of what the end of the world might look like.”

Such heady discussions might make anyone want to bunker down and brace for impact, but Liam hopes Anthropocene will also give audiences a shred of hope – that the end of life as we know it might not be the end of the world.

“I should mention that the game is not all doom and gloom,” Somerville adds enigmatically.

“Like the phoenix rising from the ashes, the death of the human gives life to the post-human.”

Keep up to date with Liam’s work here.